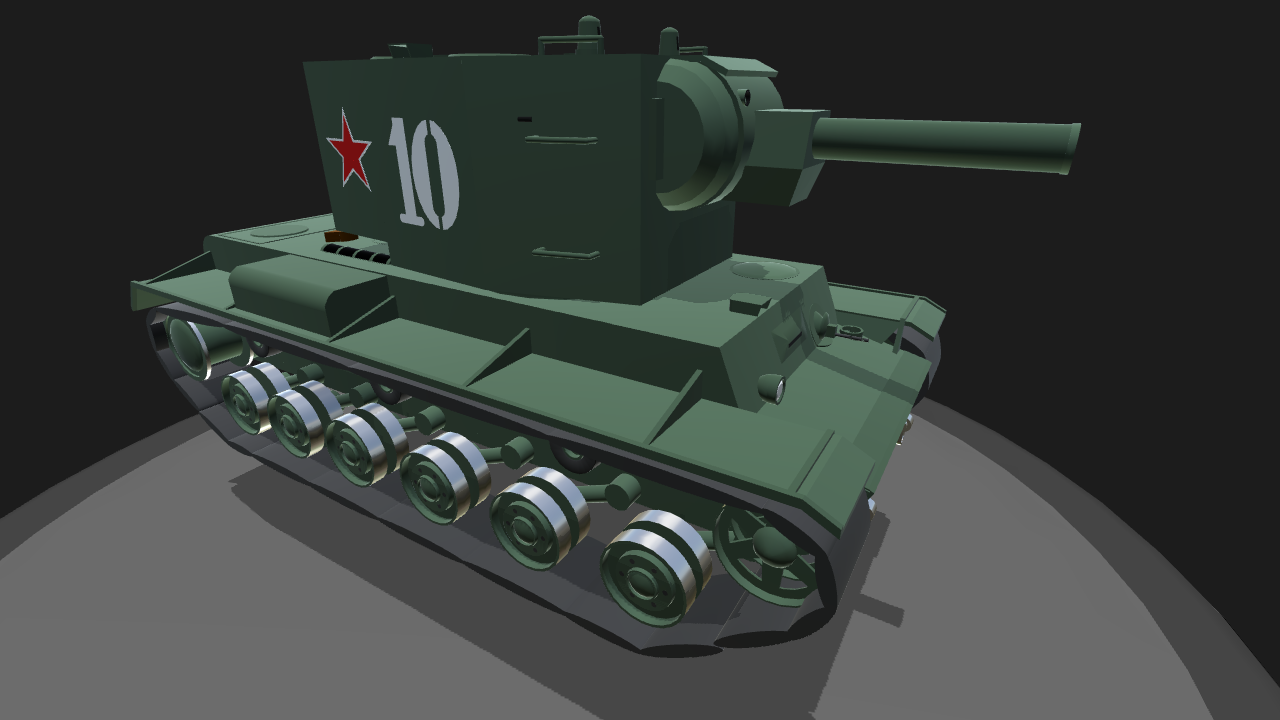 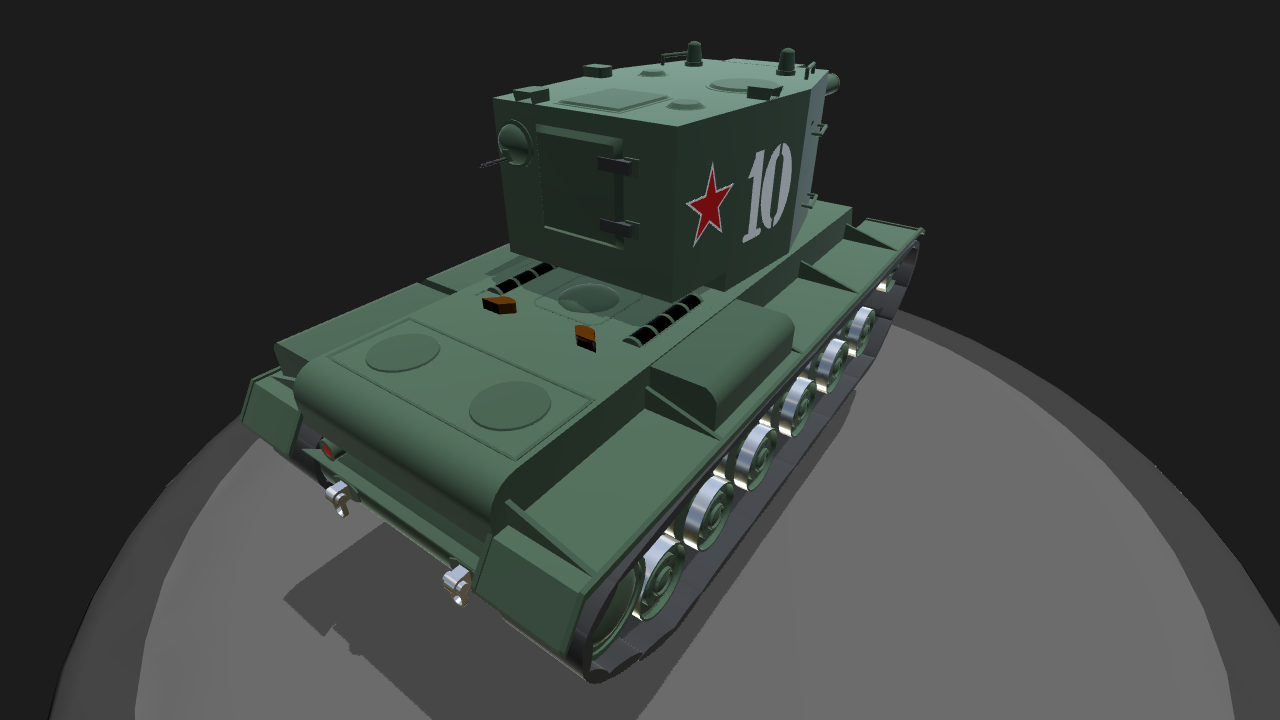 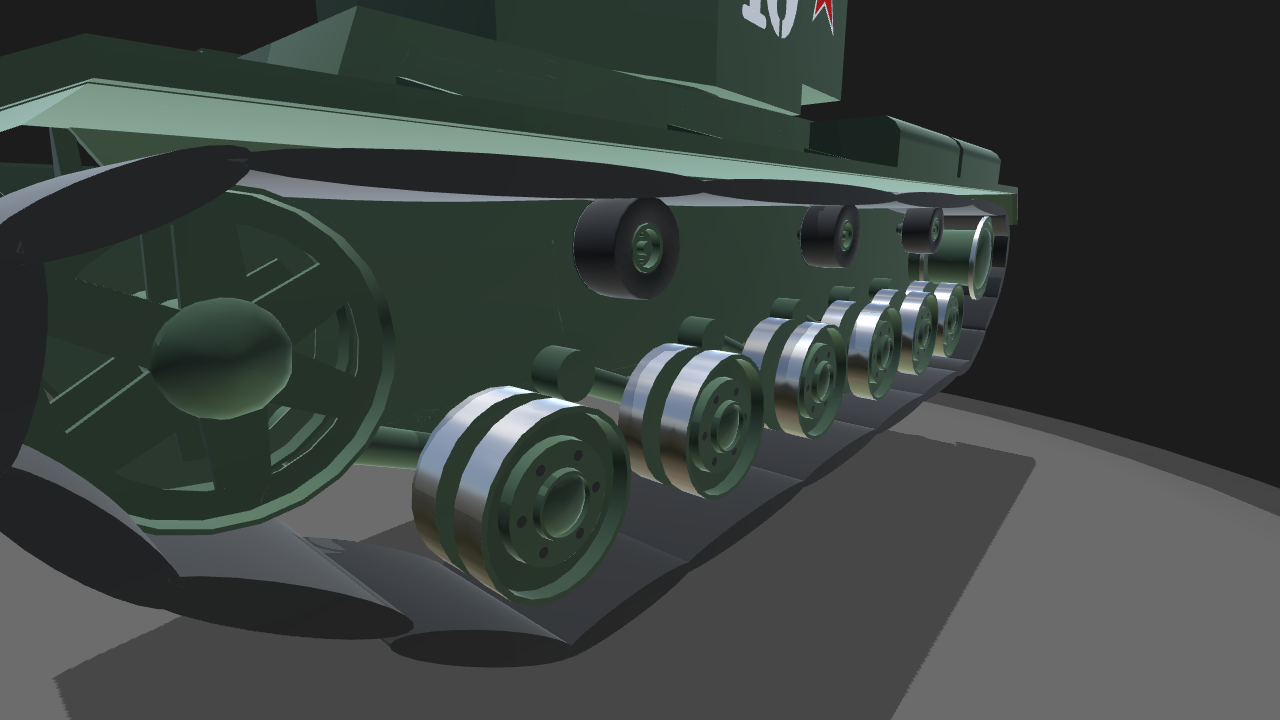 The Russian KV-1 had already proved itstelf to be a very formidiable tank in combat. But still they needed... more. The Russian general staff wanted a heavy bunker buster, and instead of using a more conventional SPG they came up with KV-2. Fitting the 152mm M-10 howitzer into a turret with out changing the KV-1's existing turret ring diameter dictated a much taller turret. Thus the KV-2 earned its unmistakable 16ft (4.9m) tall silhouette. The armour layout remained unchanged from the KV-1 with 4.3in (110mm) of frontal armour and 3in (75mm) of side armour. The first prototype was completed in just two weeks with trials subsequently starting on the 10th of February, 1940. Initial variants had a sloped turret front and a pointed turret rear designated the "Big Turret". This was only produced in limited numbers before the KV-2 was fitted with the improved box turret. The elimination of the various slopes on the turret game more room for the crew on the inside, and made a particular difference in the lives of the loaders. This turret was simply called "Reduced Turret". Overall, the KV-2 paid a high price for its punch. Mobility was far from perfect. The recoil from the howitzer was so massive that it could often lead to jamming of the turret ring or damage to the gearbox and/or transmission! Production stopped at about 203 examples when soviet factories relocated east.

WAIT!! I forgot to mention that the original hull and turret were made by @Baby aka the guy with the other featured KV. Hes got some cool stuff especially anything tank related. I just made the tracks and recoiling/firing gun. 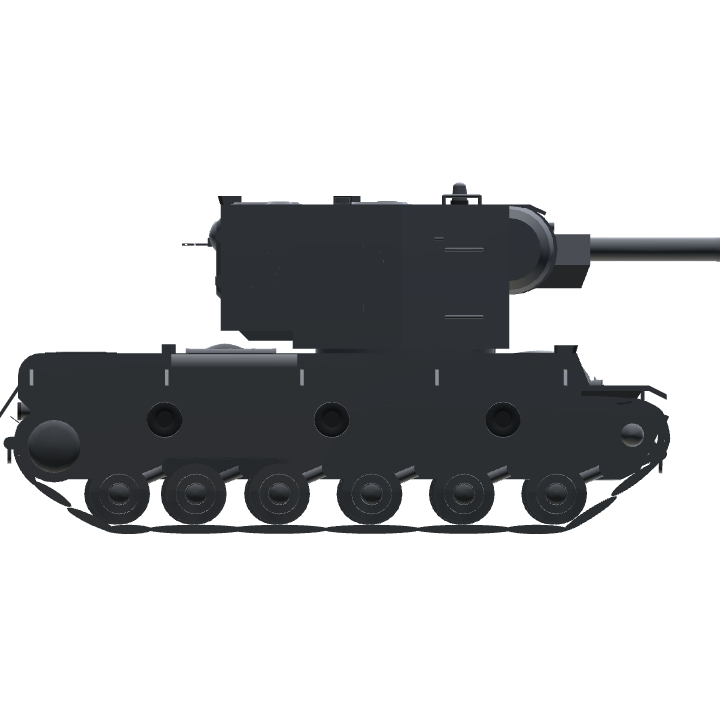 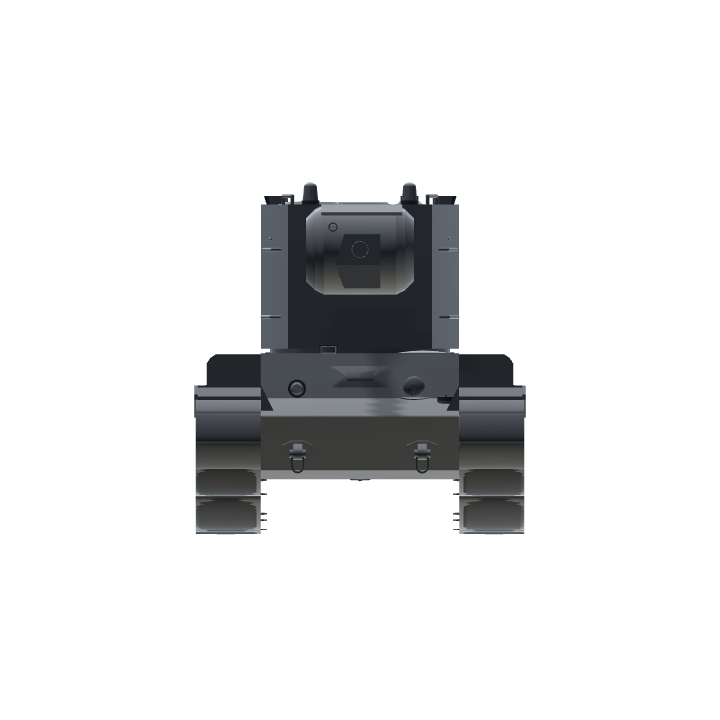