I'm surprised to see nobody posted about this on the forums, guess I'll be the first

Yesterday at E3, Microsoft announce the new rendition of their beloved flight sim series, Microsoft Flight Simulator which dates back to the late 70s early 80s.

Microsoft has been quiet in the flight sim realm since then with Lockheed Martin continuing development with Prepar3D (P3D, my preferred platform) when they negotiated with Microsoft in 2009 to purchase the intellectual property including the source code for ESP, the base platform for FSX.

Now moving to the trailer, click the picture if you haven't already seen it. The first thing I’d like to point out is that the video is “captured in real time 4K”. This could mean multiple things; whether it be that the sim is built well for performance or that these graphics are indeed achievable. The physical definition of “captured in real time” means that the developers used the ingame engine to make a trailer, meaning that the physics, graphics, and mechanics are actually in the game.

Moving forward, we can see the natural environment. The clouds appear to be volumetric, a feat that so far is only done in DCS and with xEnviro 1.10 in X-Plane 11. The Mesh appears to be very well done as we can see from the mountains, deserts, and other bodies of land. Birds and vegetation also appear to be well represented in the trailer. The sky colours are saturated and has a glow around the horizon line; and during sunset preview in Dubai, you can see the sun being reflected off the water’s surface.

With the Geography we see represented in photoreal textures, an updated ground mesh, landclass and vectors have been updated from FSX and Prepar3D seen here 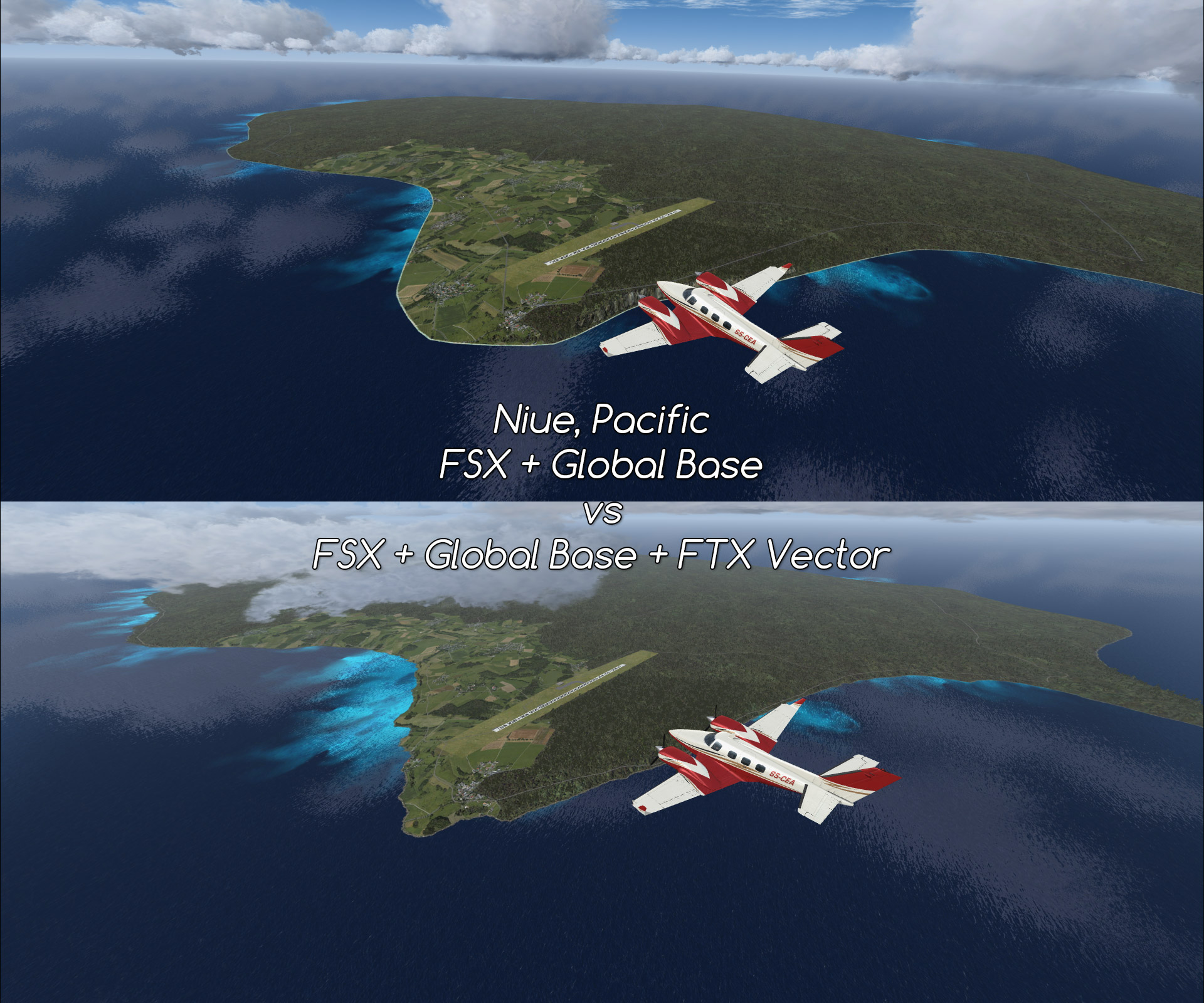 Furthermore, we can see some really well modeled cities and geographic regions such as the Pyramids of Egypt, New York City, Los Angeles, Seattle, Dubai, San Francisco, and other regions. I’m taking a bit of a guess here, but I’m assuming we’ll have rather high quality scenery as default for many large, iconic parts of the world. Back in FSX, Microsoft made custom sceneries and added more detail to certain areas, such as Las Vegas, Atlanta, Dallas, and New York. This wasn’t anything severely significant by any means, but they certainly paid more attention to populated, iconic areas, and I’d expect them to do the same here. The same applies for the scene landing at LAX and Diamond aircraft landing. This could mean that the detail we saw earlier is something that can be decreased, yet will still look amazing for low-end systems. The simulator will run on the “Unreal Engine v4” which should allow for great levels of detail without a large performance hit. The Unreal Engine has been used in numerous console level games, including flight related ones such as Ace Combat 7. In comparison to Prepar3D and X-Plane, with their current engines, having settings and detail of this magnitude usually aren’t possible. Of course, X-Plane is looking to migrate to Vulcan, however frame rate increases are only looking to be around 10-15% according to Laminar. To add, if we compare the Seattle scenery we can see in the preview to the Seattle products currently available, it’s drastically more detailed and more dense, as well as in the San Francisco scenery, where buildings and trees dominate the scene, with volumetric clouds in the distance. The current simulators we use today likely wouldn’t be able to handle this level of detail and density and this is a great sign of new things to come in the sim.

Looking at airports, we can see that LAX is beautifully modeled and Microsoft will continue their pattern of having at least a few large airports being well and custom modeled by default. We can see a ground marshaller walking around in the background as well as two jetways connected to aircraft. The jetways don’t fully cover over the aircraft, but it does appear that we’ll have functioning jetways as default like in FSX and P3D. ICAO recognizes around 40,000 airports worldwide. I think it’s fair to say they won’t be modeling all of them, but global coverage doesn’t seem like it’ll be underwhelming. As pointed out by user “London” on the FlightSim discord server, Microsoft appears to be using Bing’s satellite imagery and rendered models avidly and this likely will transition to many airports being better built in comparison to previous flight sims.

The Release date is in 2020 and will be on PC platforms first then ported over to Xbox, and more information is yet to come.