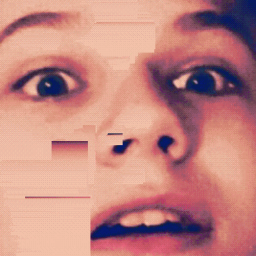 Not the life changes human, but destiny does. ©JetFly.

P.S. I see a lot of sense in this phrase.
P.P.S. If human gets all his destiny, he will try to evade unavoidable. All his tries will come useless, because nothing can change destiny. If he tries, and bad things happen, he will disappoint in his information. This will become his worst idea. He will live in depressive feeling.

So, I'm a 14 years guy from Russia that creates airplanes.
Why not?
P.S. Uhh dat stupid face. Very stupid.

About me: Born in 2003, in December, 4th, I was a very strange kid.For example, when I was 2 yrs old, we bought a PC.*
I've been very interested in it. So, I liked to turn it on. My parents seen this and started to unplug all the wires and put them on a high shelf. One night, I've taken all the wires and plugged them correctly, without instructions (eventually, I even didn't knew how to read).No jokes, seriously. My parents was shocked.
Okay, nowadays, I am a guy that still live in DPR(yes, srsly), and I'm still good at computers. For example, maybe in the end of March of 2018, we started to learn Pascal programming language.(It's hard for me as a guy who knows C#).I've accomplished the task on Pascal.Then, I came to the teacher and asked: "Can I do the same task in C#?".She replied that I can try.She didn't believed me AAAA TAKE ME OVER TAKE ME OVER BELIEVER, BELIEVER!!.Few minutes after, I've came to she again and said: " I did it, check the results.". She came very fast, checked the answer, and seeing she for the next five minutes were impossible without laugh. His eyes were large, like 5 rubles coin, she talked with troubles. She definitely didn't excepted that I can do that.

That's the end, nothing special in my life.