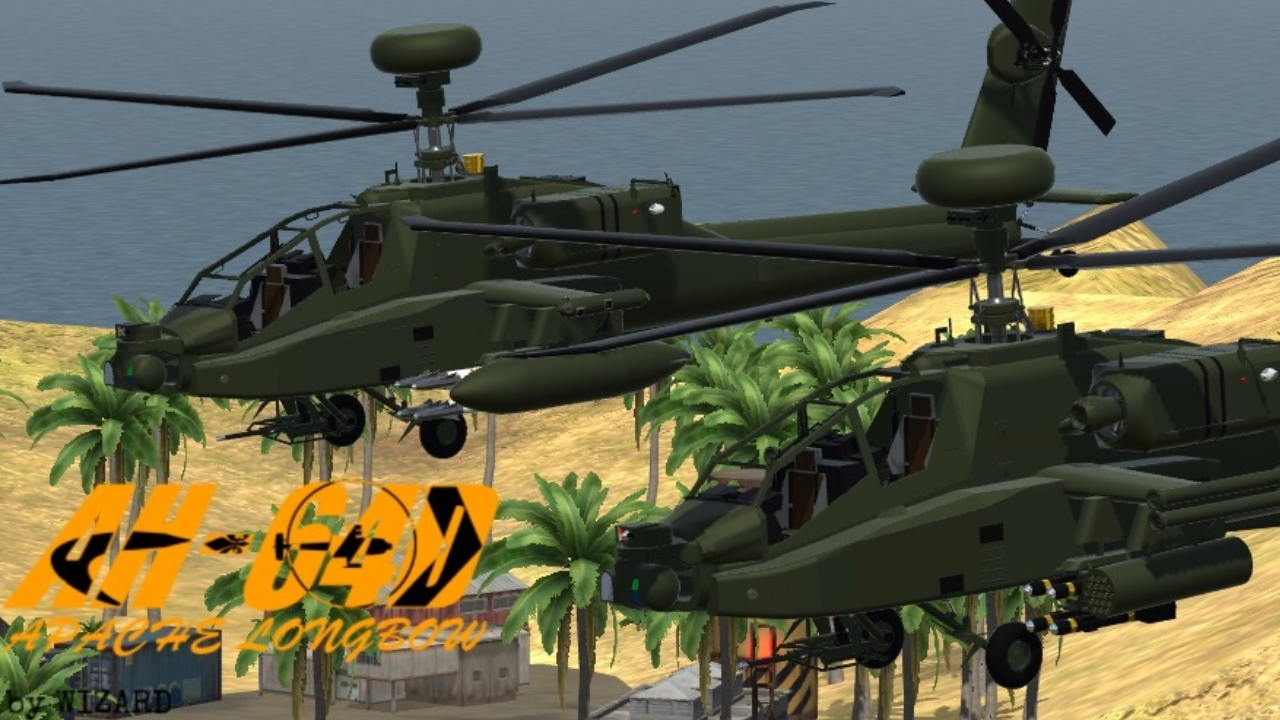 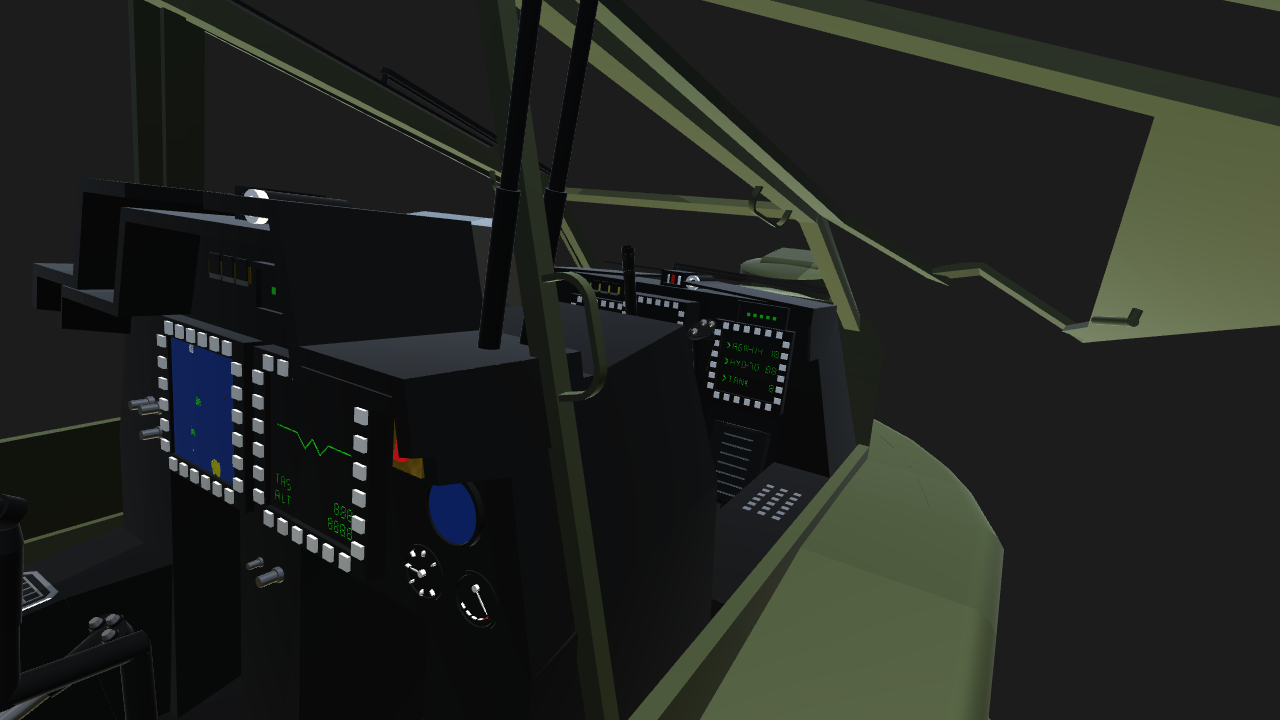 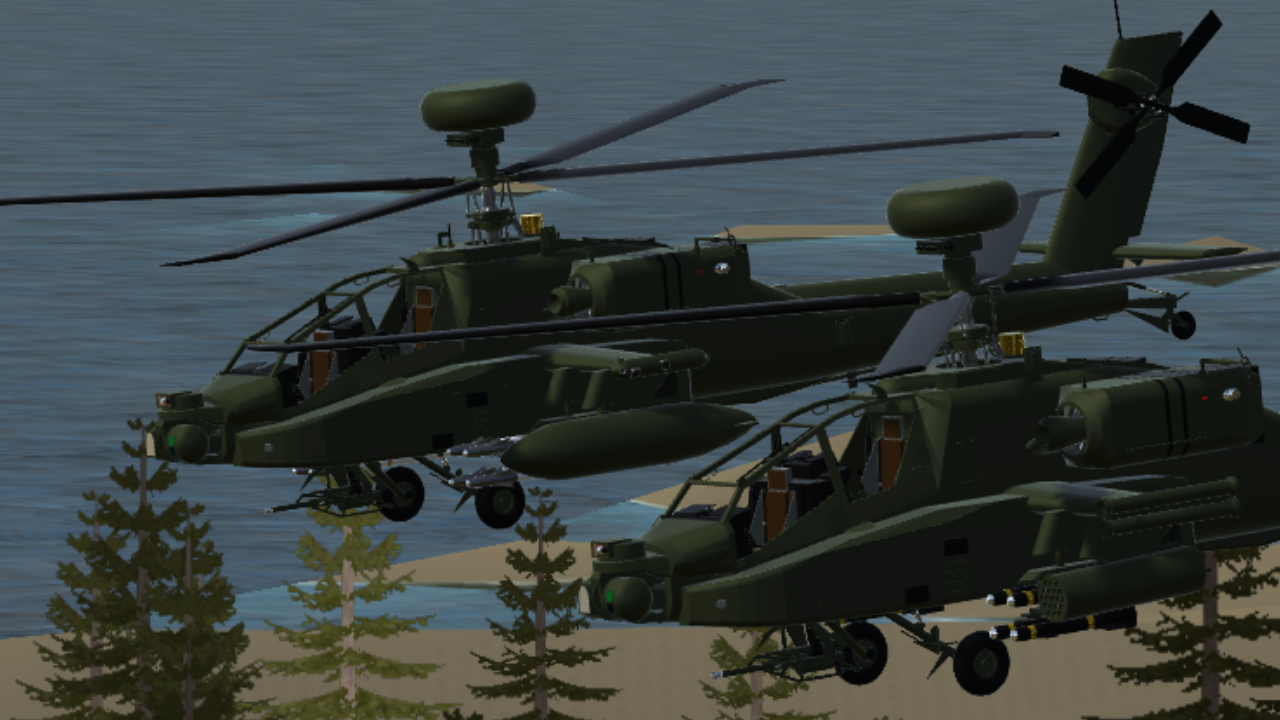 This is the first actual helicopter and also the first ground attack aircraft of mine. Making a realistic helicopter is becoming much more easier due to the new heli-rotor and the funky tree added. This brand new aircraft is installed with a 6 in 1 Navigator and an actual working custom tail rotor . The tail rotor is quite stable but yawing is not so good. Maybe I will develop a new input in the future.

The Hover AutoPilot is made by @FairFireFight

Fuel capacity:
This helicoptor have a totally different fuel capacity to the real Apache. The real AH-64 have a max range of 1900km. If so, the exra fuel tank is not useful any more. So I changed it to 600 gal. 600 gal of fuel can makes it flies 100 miles. It is enough to make an attack in Krakabloa or Maywar from Wright Airport but not enough to com back.

Each exra fuel tank added will increase 150 gal of fuel or 25 miles of range. 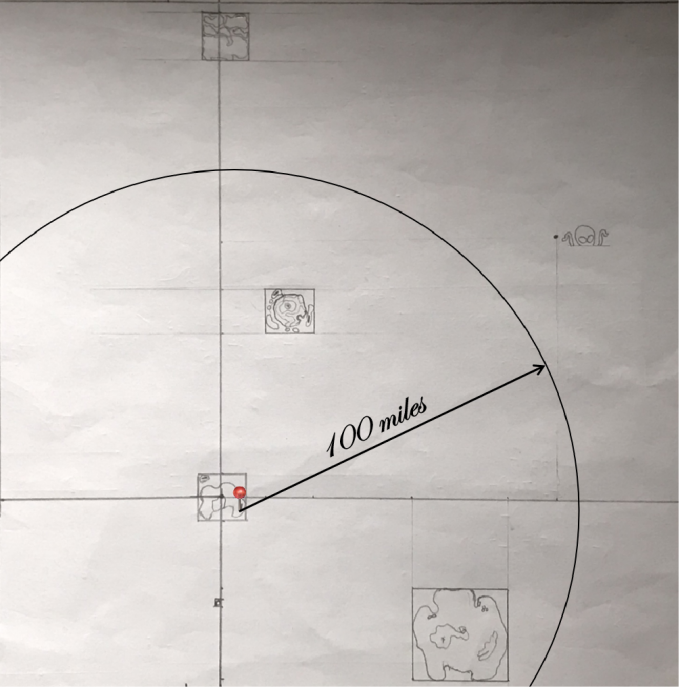 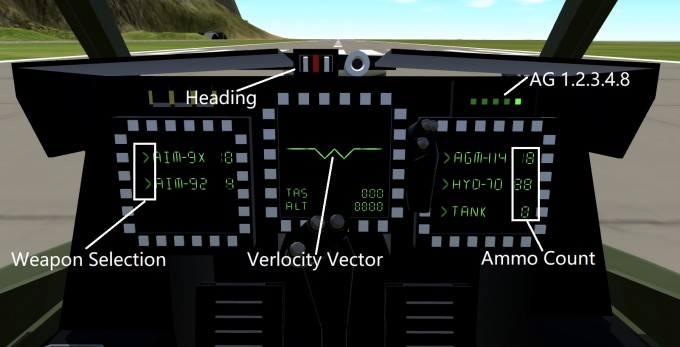 1.Do not mirror the Rocket pod because it will cause bug.
2.The Exra Fuel Tank can be droped in the weapons list like a bomb.
3.The ammo count of the meachine gun is 1200. The weapon list in game will show twice as much as it does because half of them were used to make the "bullet shell".

The Boeing AH-64 Apache is an American twin-turboshaft attack helicopter with a tailwheel-type landing gear arrangement and a tandem cockpit for a crew of two. It features a nose-mounted sensor suite for target acquisition and night vision systems. It is armed with a 30 mm (1.18 in) M230 chain gun carried between the main landing gear, under the aircraft's forward fuselage, and four hardpoints mounted on stub-wing pylons for carrying armament and stores, typically a mixture of AGM-114 Hellfire missiles and Hydra 70 rocket pods. The AH-64 has significant systems redundancy to improve combat survivability.
wikipedia 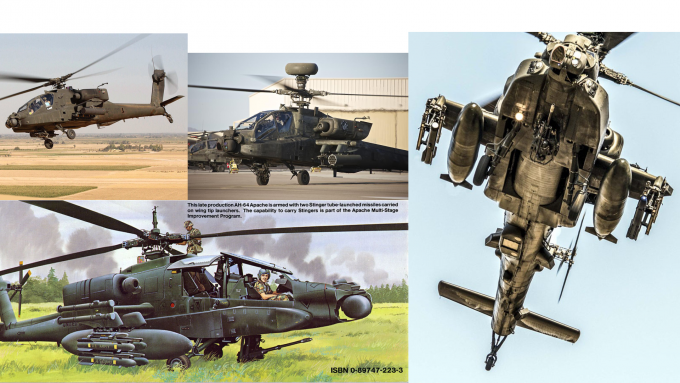 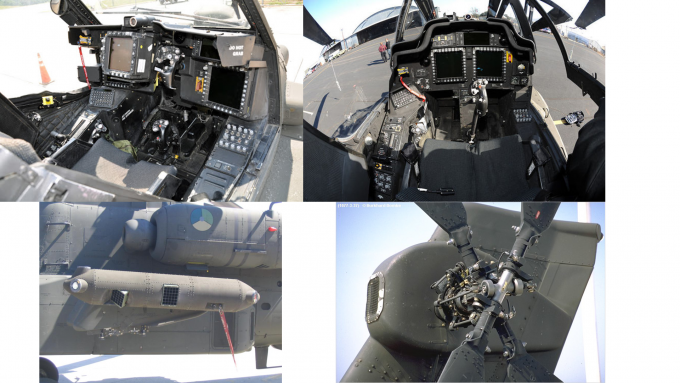 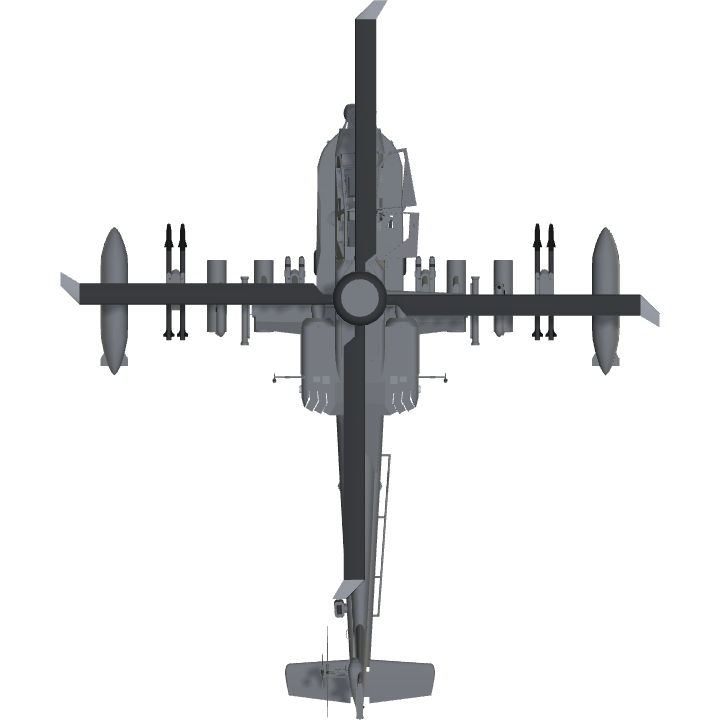 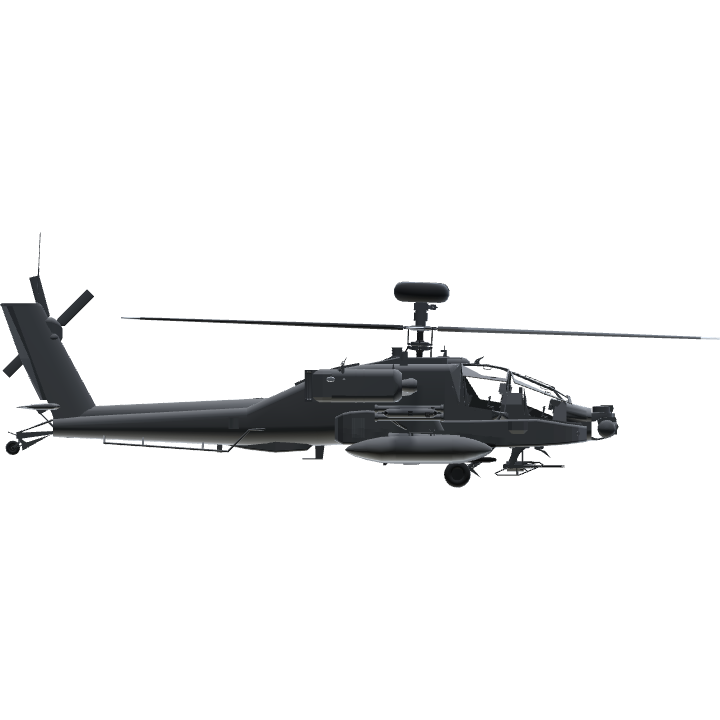 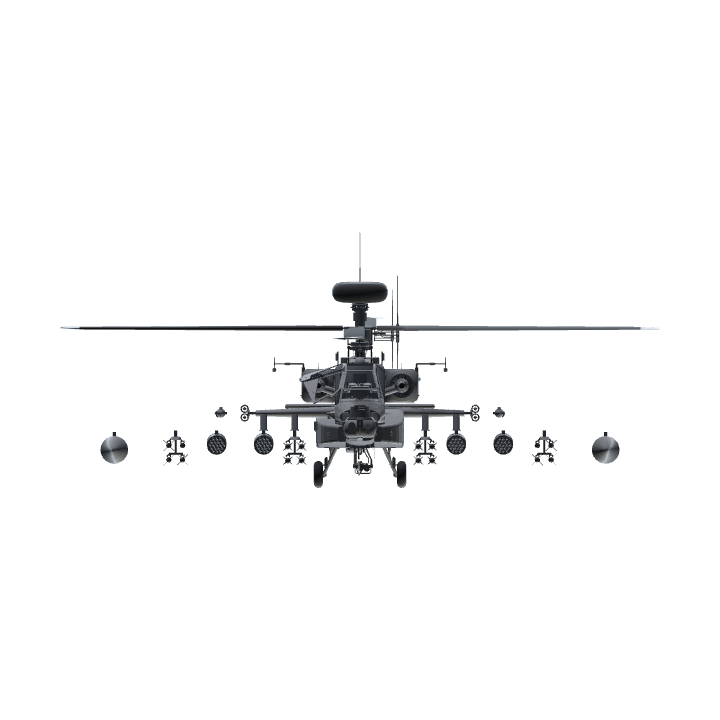