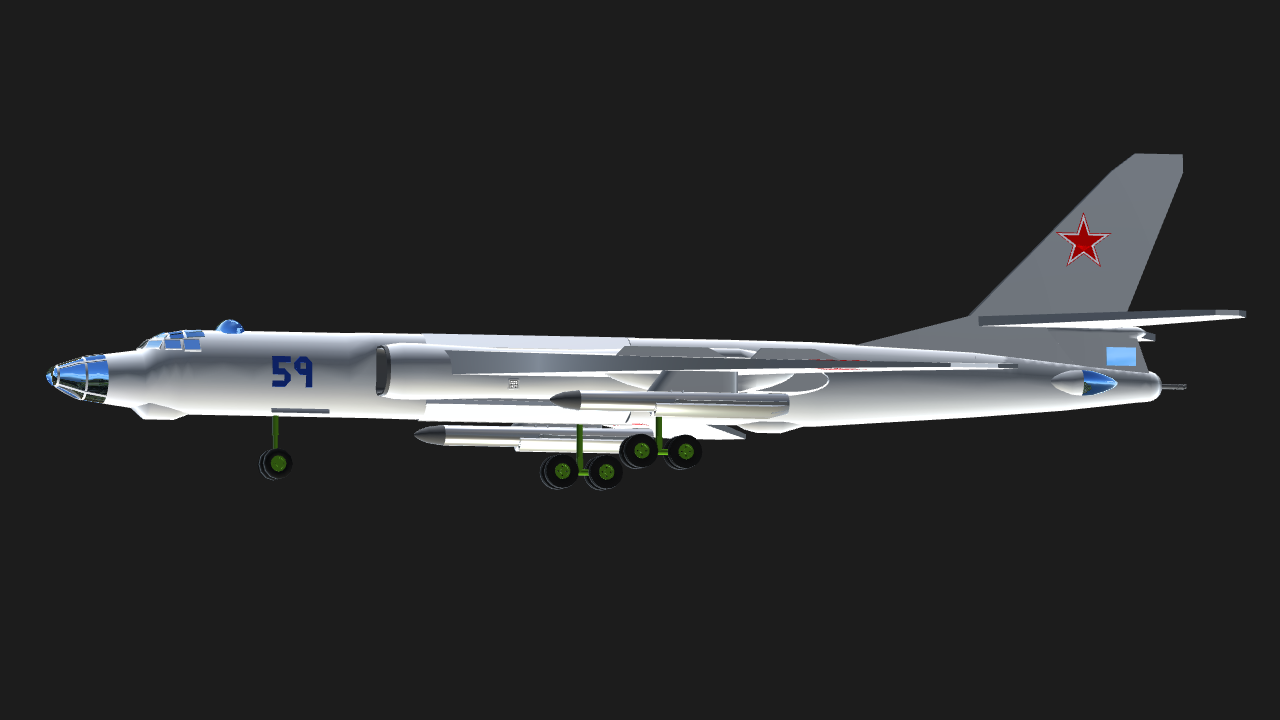 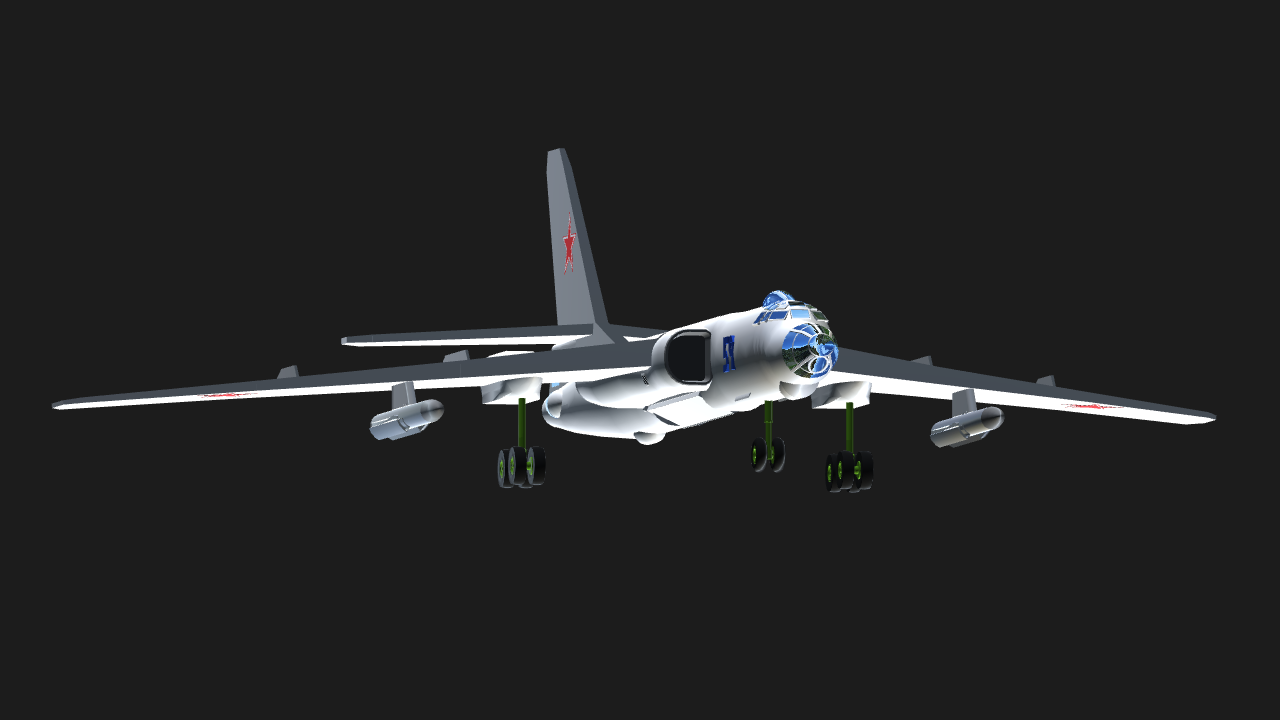 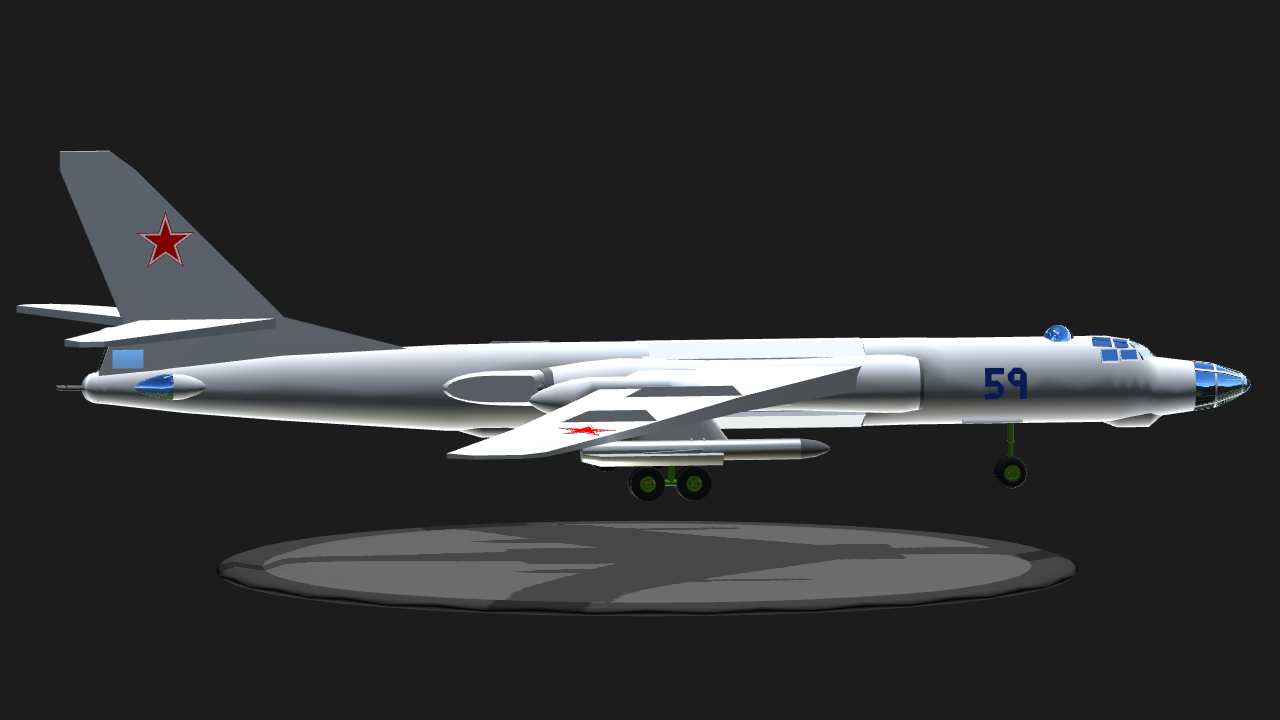 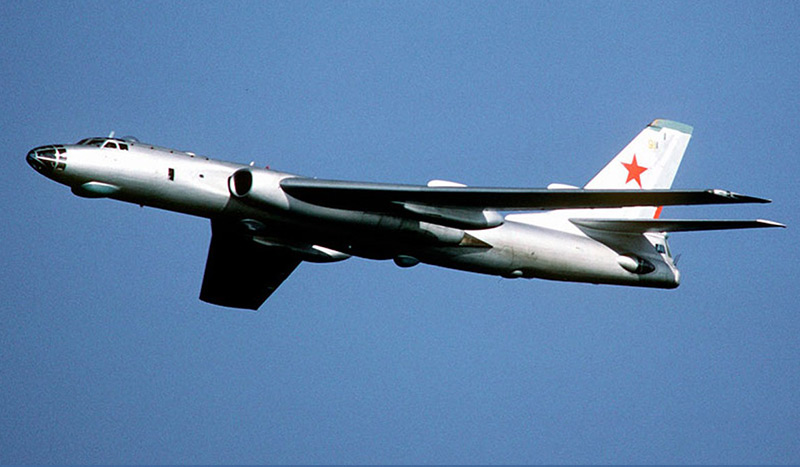 The Tupolev Tu-16 (NATO reporting name: Badger) was a twin-engined jet strategic heavy bomber used by the Soviet Union. It has flown for more than 60 years, and the Chinese licence-built Xian H-6 remains in service with the People's Liberation Army Air Force.
It had a new, large swept wing and two large Mikulin AM-3 turbojets, one in each wing root. It could carry a single massive FAB-9000 9,000 kg (20,000 lb) conventional bomb (the Russian equivalent of the British Grand Slam) or various nuclear weapons for a range of around 4,800 km (3,000 mi) Production took place in 3 aviation plants - in Kazan, Kuybyshev and Voronezh. Although the Tu-16 began as a high-altitude, free-fall bomber, in the mid-1950s it was equipped to carry early Soviet cruise missiles. The Tu-16KS-1 (Badger-B) version could carry AS-1 missiles over a combat radius of 1,800 km (1,100 mi). These very large weapons were aerodynamically similar to the Mikoyan-Gurevich MiG-15 fighter, fitted with either a nuclear or conventional warhead, having a range of about 140 km (85 mi). They were intended for use primarily against US Navy aircraft carriers and other large surface ships. Subsequent Tu-16s were converted to carry later, more advanced missiles, while their designations changed several times.

A versatile design, the Tu-16 was built in numerous specialized variants for aerial reconnaissance, maritime surveillance, electronic intelligence gathering (ELINT), and electronic warfare (ECM). A total of 1,507 aircraft were constructed in three plants in the Soviet Union, in 1954–1962. A civilian adaptation, the Tupolev Tu-104, saw passenger service with Aeroflot. The Tu-16 was also exported to Indonesia, Egypt, and Iraq. It continued to be used by the Air Forces and naval aviation of the Soviet Union and subsequently Russia, until 1993. 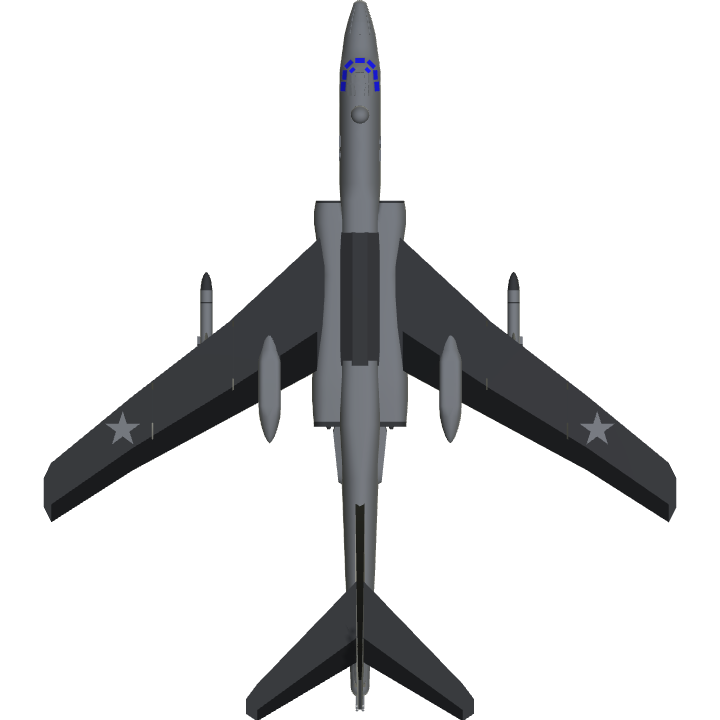 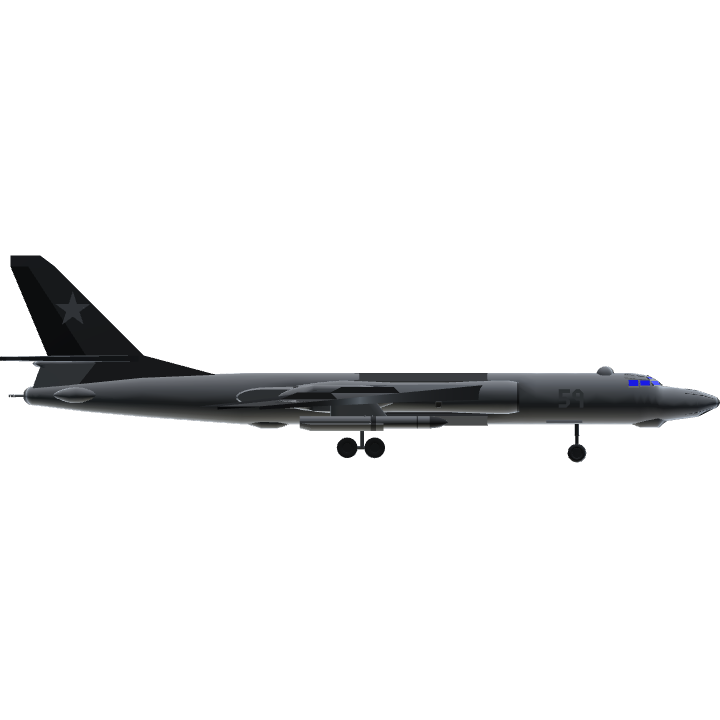 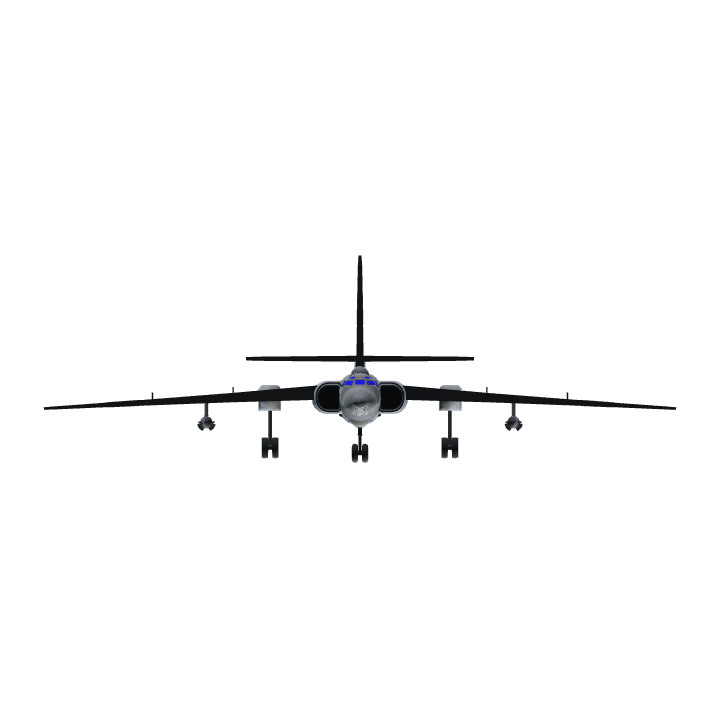