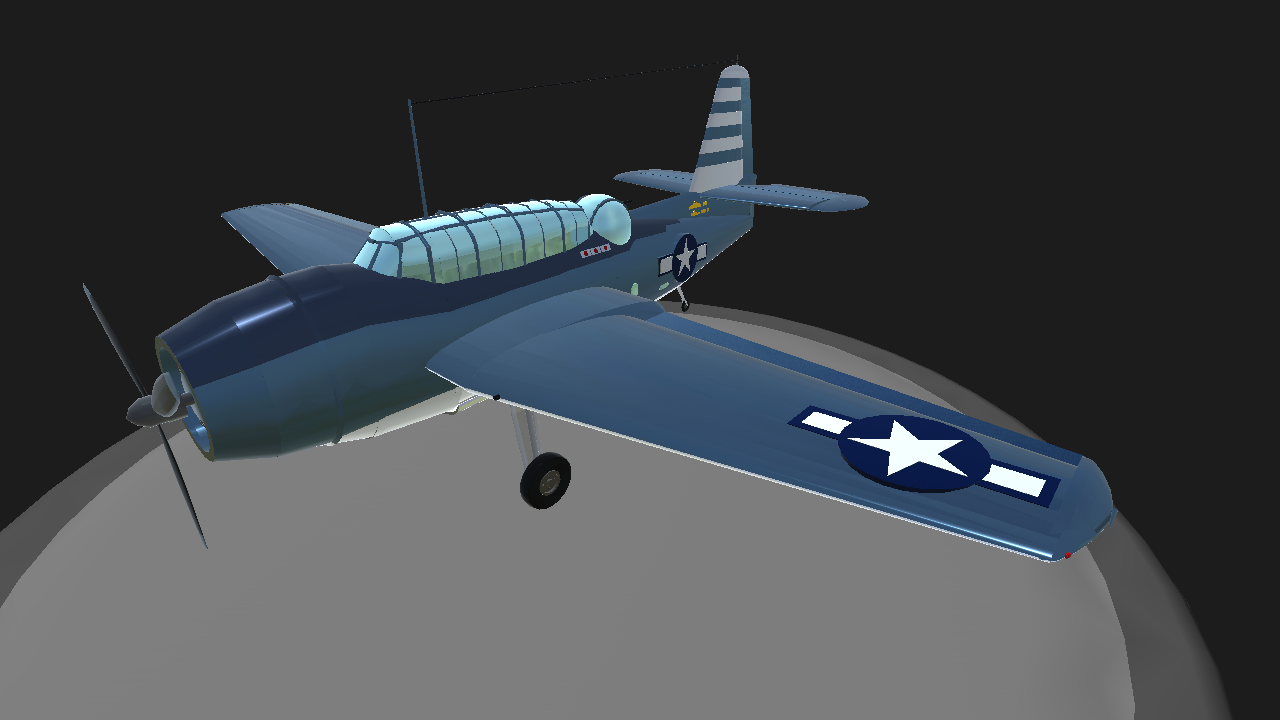 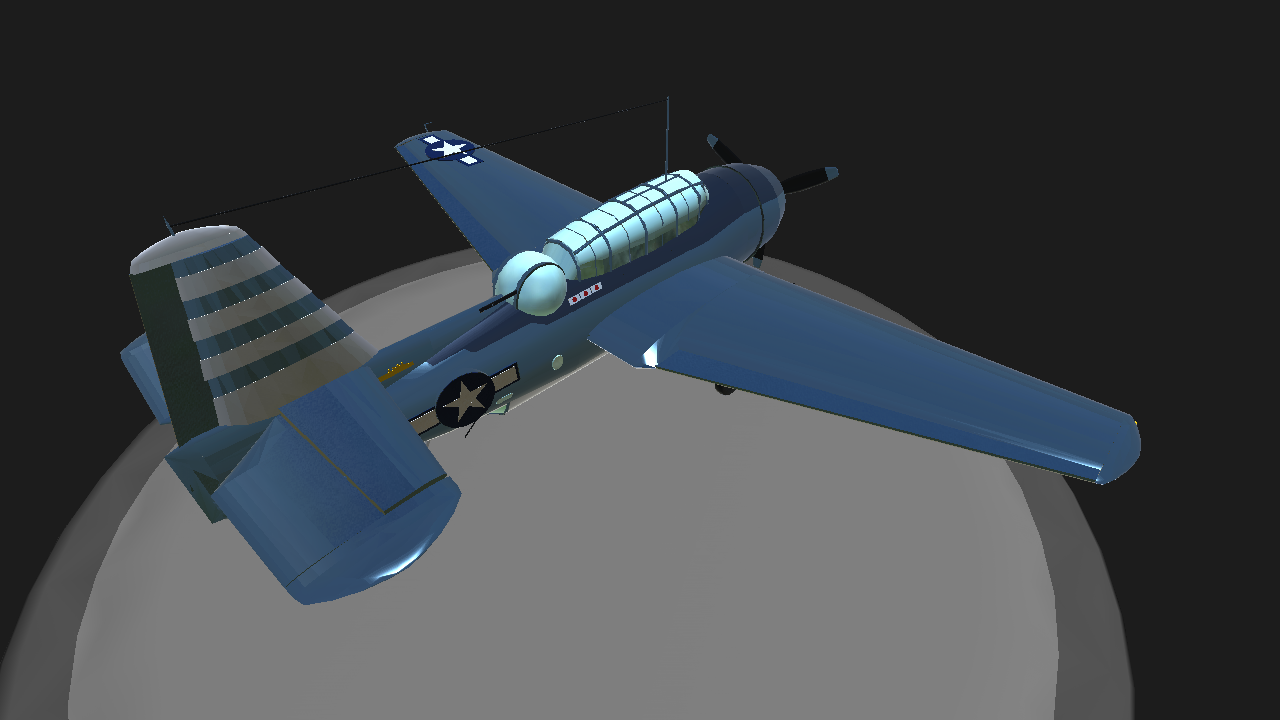 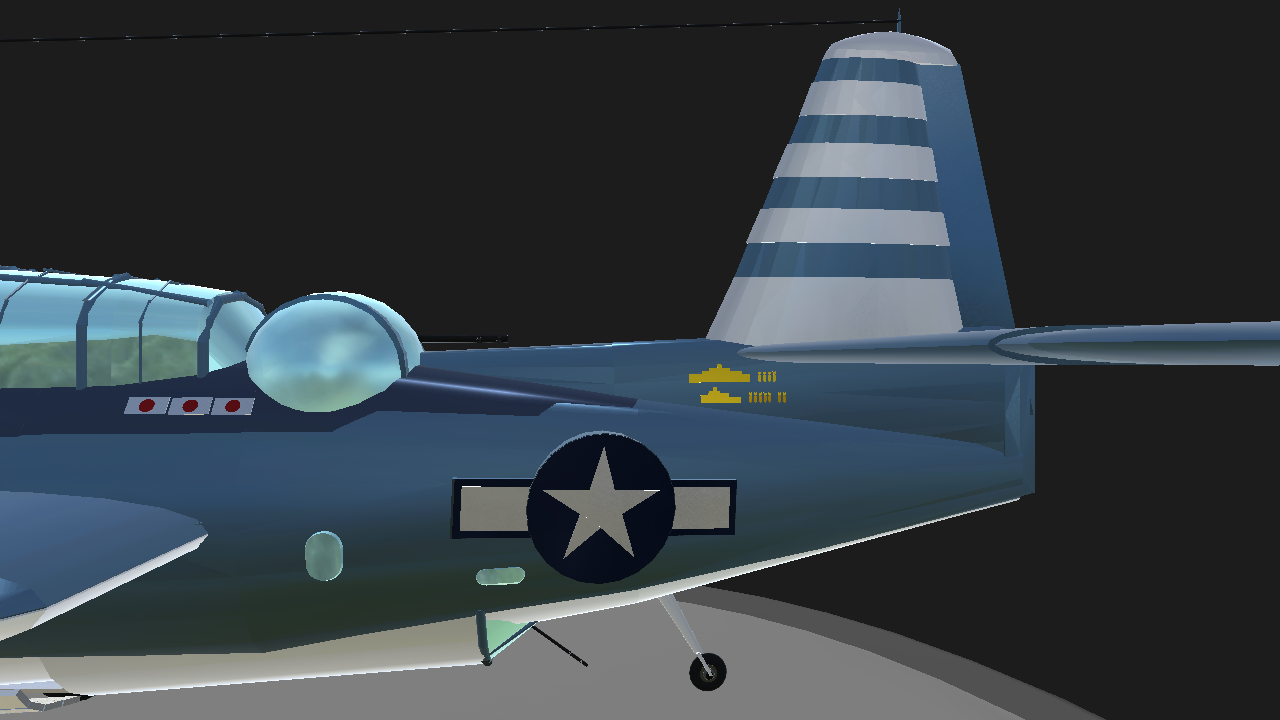 MASSIVE THANKS TO @BogdanX and @BaconAircraft for testing and providing advice, and @CRJ900Pilot for those ship icons!!!
It's finally here! My remastered version of my very first featured plane, this Avenger is one of the best planes I have ever made. It's even capable of doing the torpedo run mission, and it is quite rugged for a plane in SimplePlanes. I completely rebuilt the entire plane, and I gotta say, I'm quite proud especially the elevators, they are exactly the way the real plane had them! It has a stinger gun, ball turret, Sto Wings and 2 1000lbs torpedos!
CONTROLS!
AG1 + TRIM: Ball Turret Up to Down
AG2 + TRIM: Ball Turret Left to Right
AG3 + TRIM: Bomb Bay Doors and Lower Torpedos
AG4 + TRIM: Sto-Wings
AG5: Activate Rear Guns
AG6: Lights
VTOL: Flaps
CAM1: Bombardier View
CAM2: Ball Gunner View
CAM3 and 4: Torpedo Views

This is the first plane in my Remastered series, and part of the Naval Wing Trifecta. Next up, the FM-2 Wildcat! 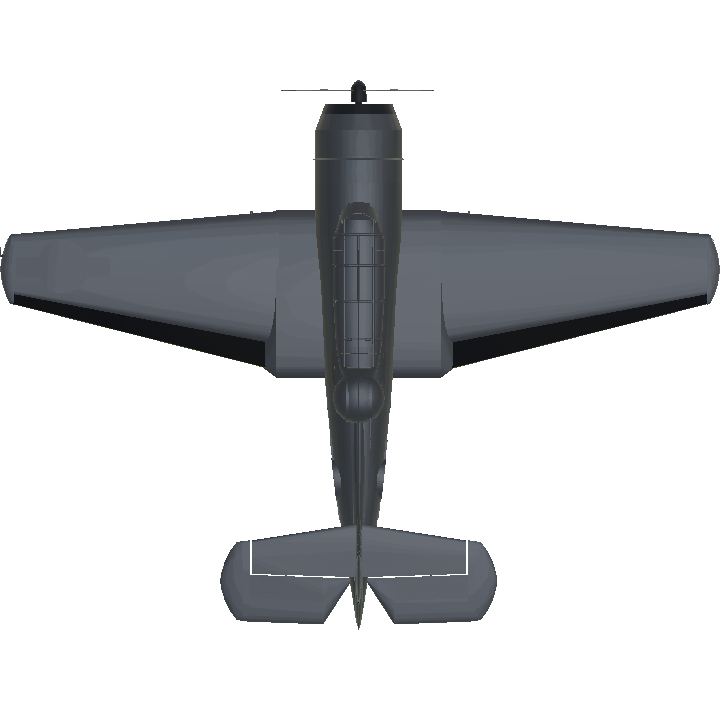 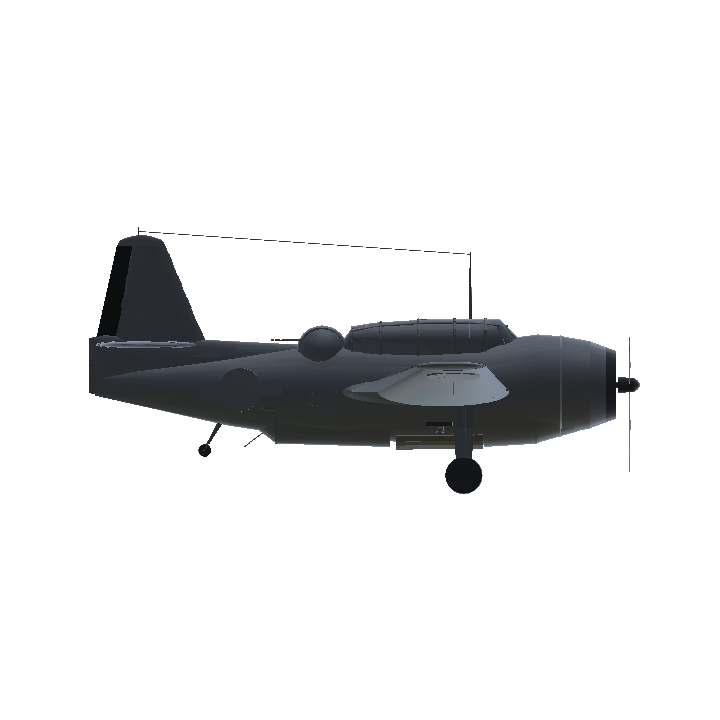 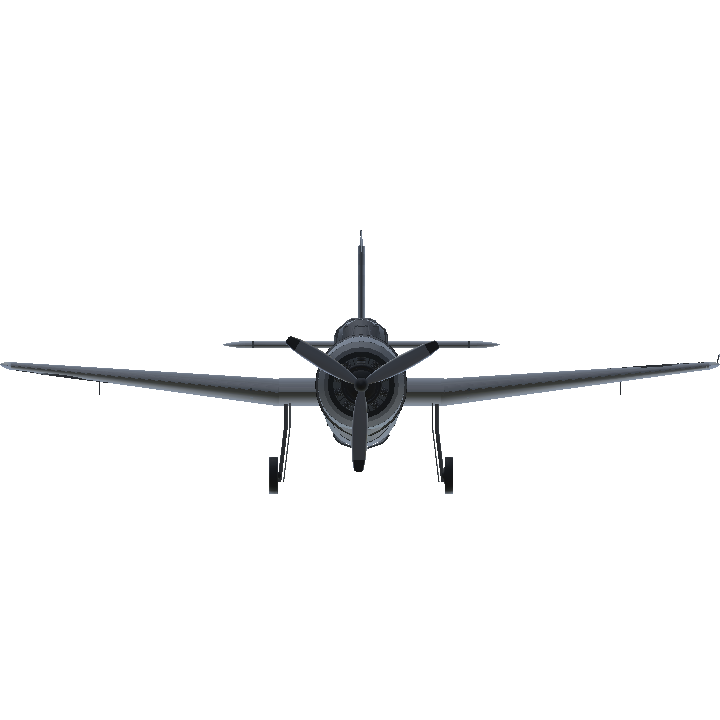