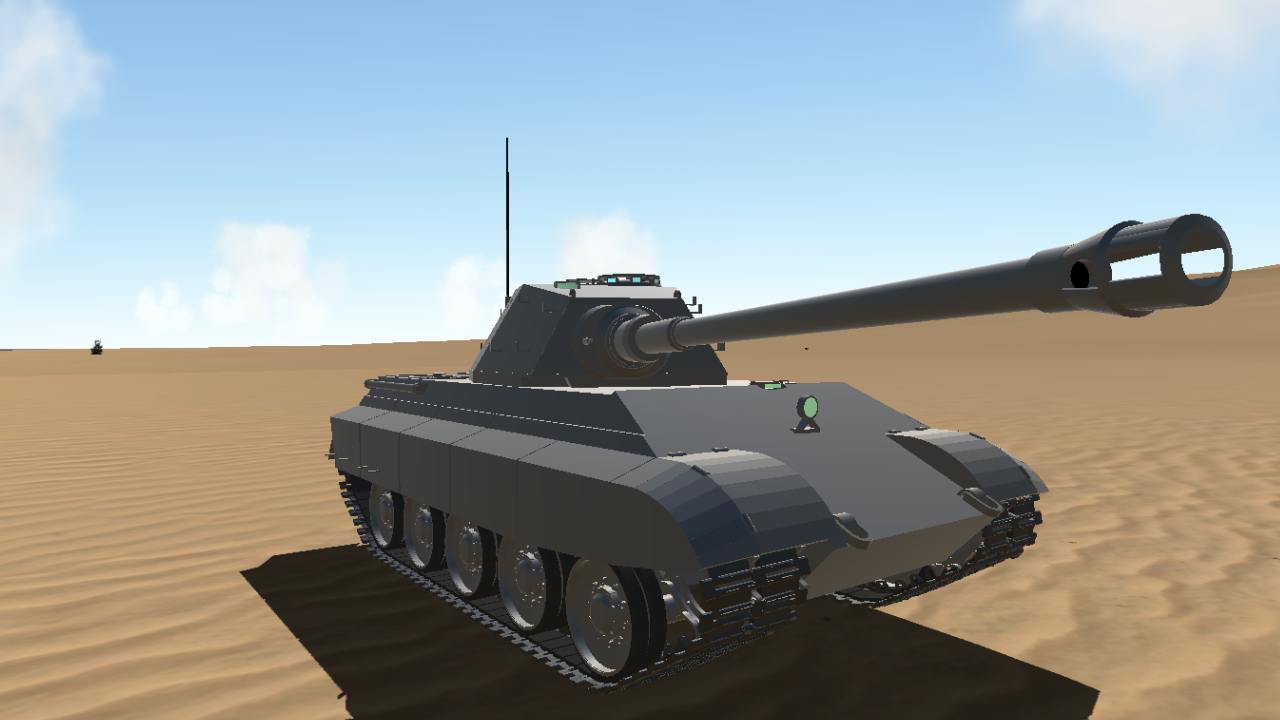 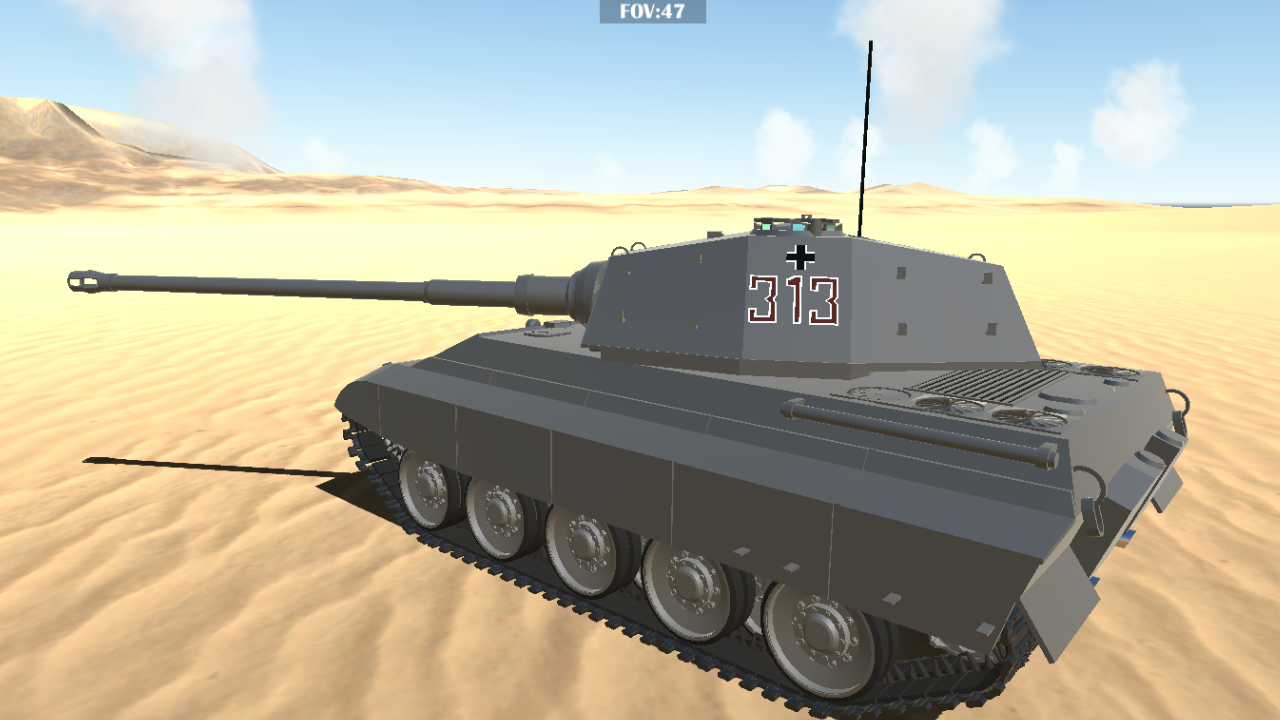 The Panzerkampfwagen VII Ausf.B is a German heavy tank from the second world war. It was also known as the "Jaguar" informally. The Jaguar was the successor of the Tiger II.

The Jaguar had a thick and well sloped armor, combined with a very powerful engine and gun making this a formidable tank in combat. The tank weighed about 76 tonnes with 250-160 mm of armor at the front. It had a 10.5 cm KwK L/52. A similar chassis was also used on a medium tank.

After dropping the Löwe and the Maus, Germany needed a tanks that was more reliable and easier to manufacture than the tanks they have while being as effective or better than their previous counterparts. The development of the heavy tank was awarded to Henschel and Porsche. With both prototypes mounting the same turret design from Krupp and was similar to the turret of the Tiger II.

The Henschel design had a more conventional hull with a similar design to the previous Tiger II with the turret at the center and the engine at the rear. Meanwhile the Porsche version had a rear mounted turret and the engine was placed in the middle similar to his previous designs from the Tiger II and onwards.

Both Designs had the same eighty-centimeter-diameter road wheels and tracks to share parts with other tanks that was being developed around the same time as the Jaguar. 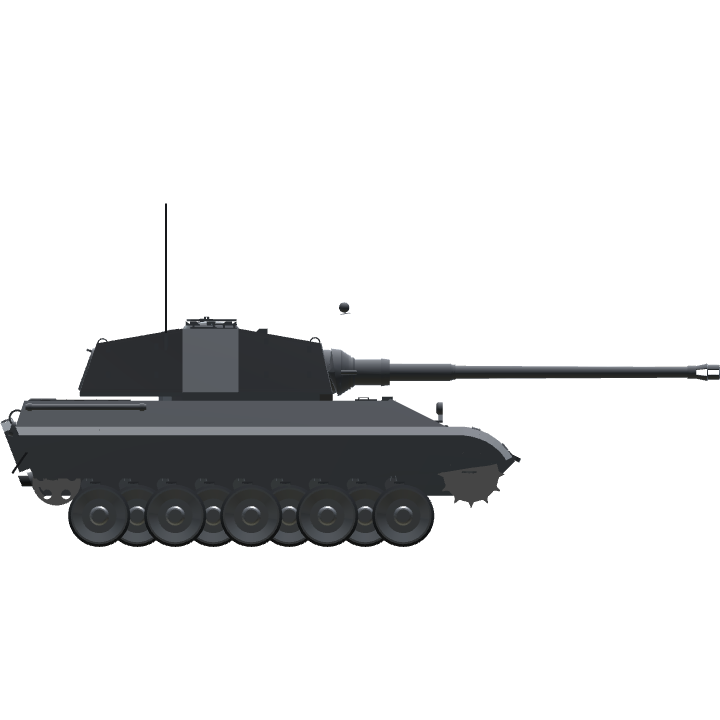 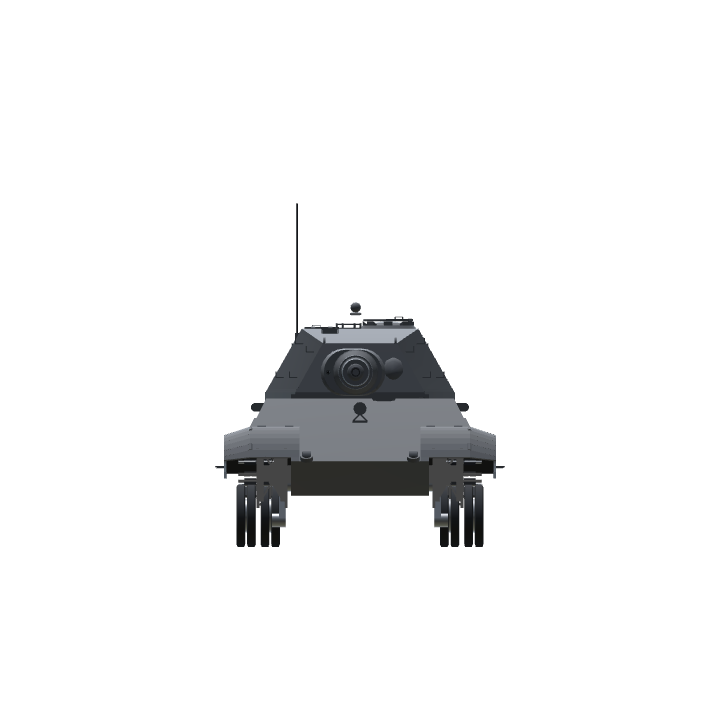