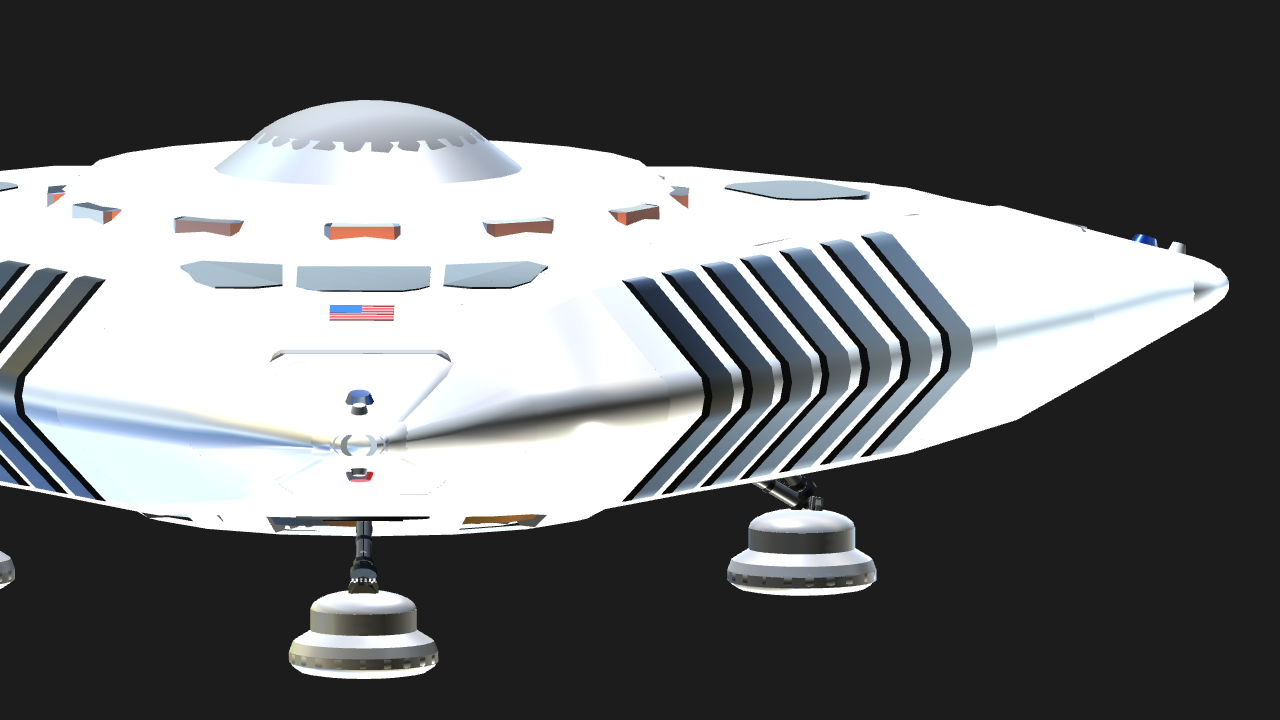 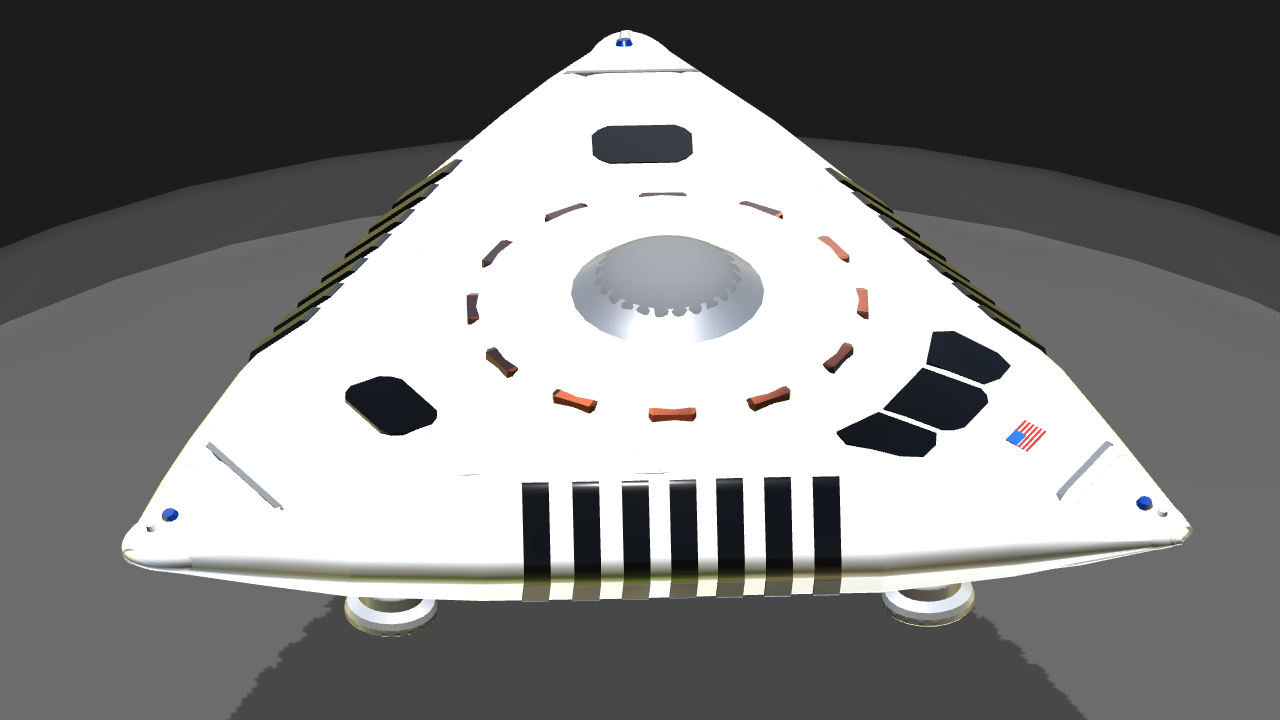 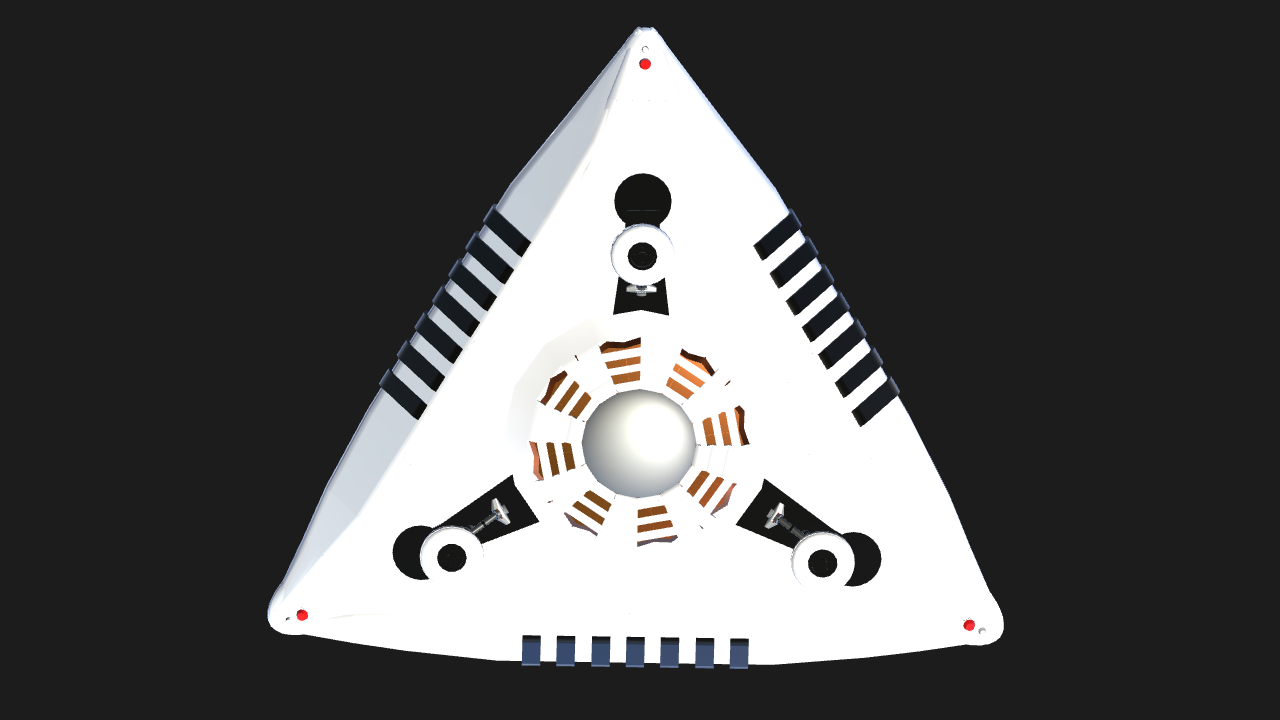 Credit to Type2Volkswagen and MRpingouin for helping with the Landing Legs!

This here is the supposed TR-3A “Astra”, a theoretical craft with a Nuclear Powered Mercury Plasma Magnetic Field Disruptor, that gives it the capability to hover perfectly still in the air, move at stupidly fast speeds with instantaneous acceleration and instantaneous deceleration in any direction it wants, and it apparently also has weapons in some faked videos, but I’m not entirely convinced of that yet, nor am I convinced this craft actually exists yet. It would seem to share the same technology as the Black Triangle UFO boasts, but we can’t be sure yet. Maybe there’s something about the shape of a triangle that the Magnetic Field Disruptor conforms to nicely, idk. There’s only blueprints and patents of the TR-3B Astra, no actual photos or videos, so it’s hard to prove anything. I was only able to make this a “replica” by copying the design of a little plastic model of it I found on Google, and compared to anything else, it far surpassed any other image I saw of it, so naturally I went for the coolest looking image since accuracy didn’t exactly matter. So in a way, this “replica” is far from 100% accurate. If the TR-3B really does exist, it may not look anything like this for all we know. And if it does truly exist, and this actually is what it looks like, there’s a model aircraft company out there that’s in some deep shit.

Here’s some pics, only pics of the SimplePlanes counterpart, for what I hope are obvious reasons:

Anyway, to the controls:
Pretty much the same controls as the Black Triangle UFO, these two crafts have strikingly similar flight models, although they both use the same flight technology, so I’m not exactly surprised. Pitch to go up/down, roll to strafe left/right, VTOL to accelerate forwards/backwards, and TRIM for near-motionless hovering. While hovering, pitch controls become inverted, so pitching up makes you go down, and vice versa. AG-1 for lights.

Takeoff/Landing Procedures:
Taking off is extremely simple, practically idiot-proof. Just pitch up, and you’re up!
Landing on the other hand...
When landing, extend the landing legs, and use TRIM in short fits and bursts. If you’re well above ground, don’t use TRIM, and just let the craft fall. This craft is extremely responsive, so often times you can use TRIM input right before you hit the ground, and you’ll stop instantly. I will warn you though, idk why it does this, but if TRIM is used while going over 80+ mph, the entire craft has a stroke and breakdances for a bit. This isn’t too much of a problem, as it eventually straightens itself out. It just looks really unprofessional. Anyway, back to landing. When you’re about 5-10 ft. off the ground, it’s safe by now to just cut TRIM, and drop to the ground from there. Now if you want to land it softly and professionally, keep TRIM at it’s smallest increment, so it’s just barely moving. The TR-3B will naturally be pulled down to the ground via gravity, and it’ll touch down very gently.

I didn’t put any weapons on it, nor did I make a weaponized version, as I felt it didn’t need it.

Before I go, I’d like to mention the extremely part efficient US Flag I made on the top front of the fuselage, I’ve never seen anyone use that technique before and idk why, it works surprisingly well and looks really good.

Have Fun, or something... 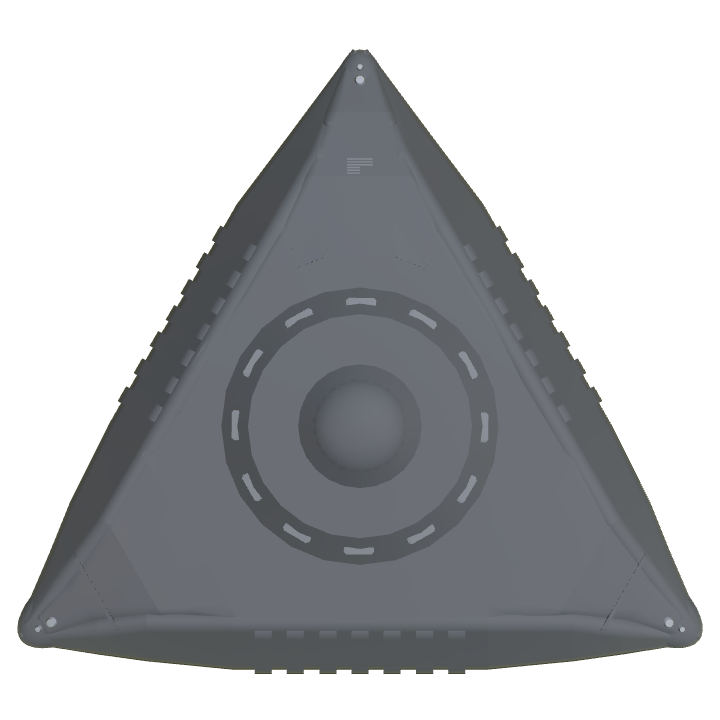 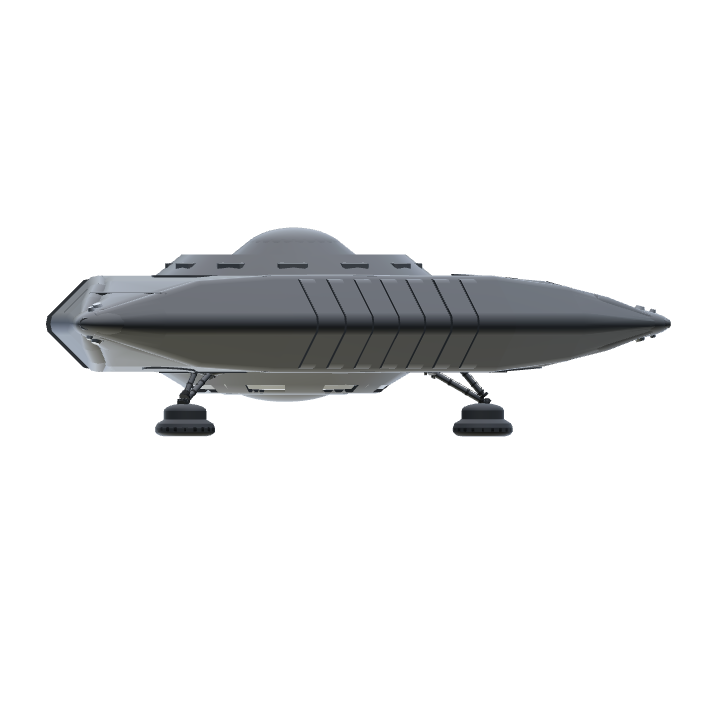 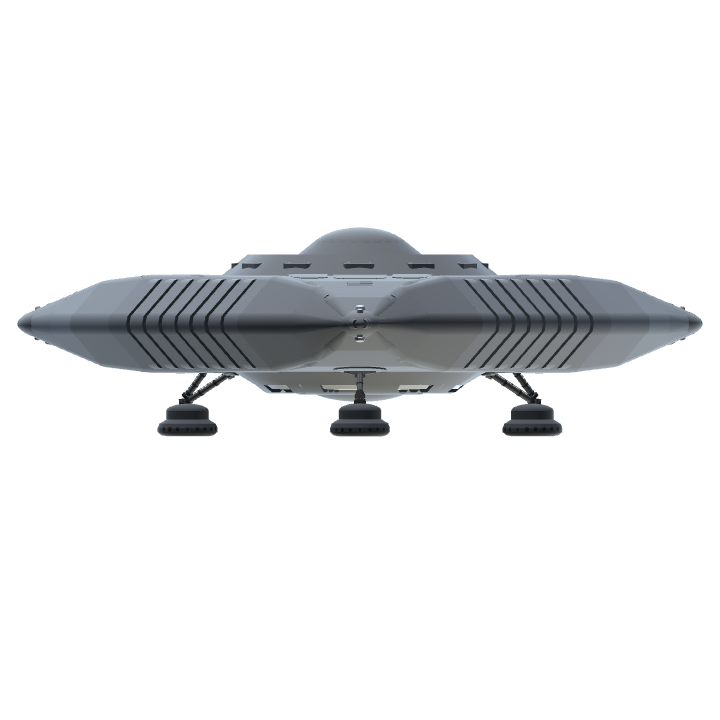