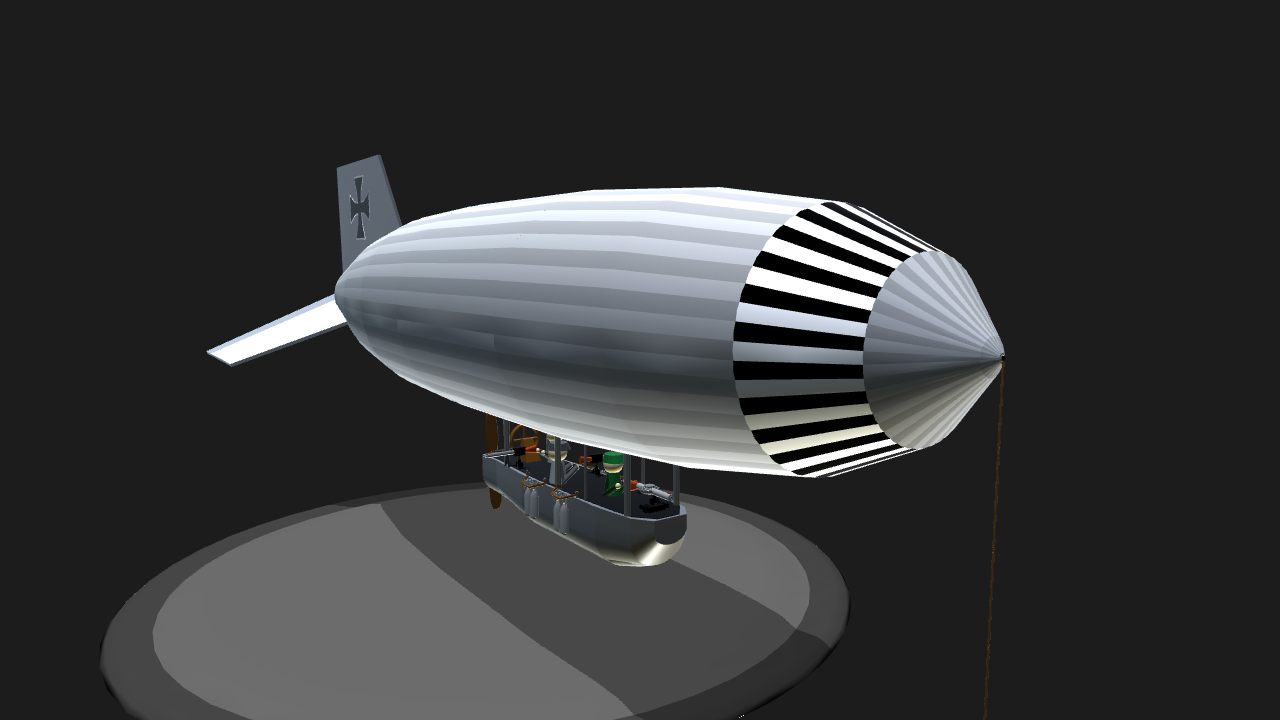 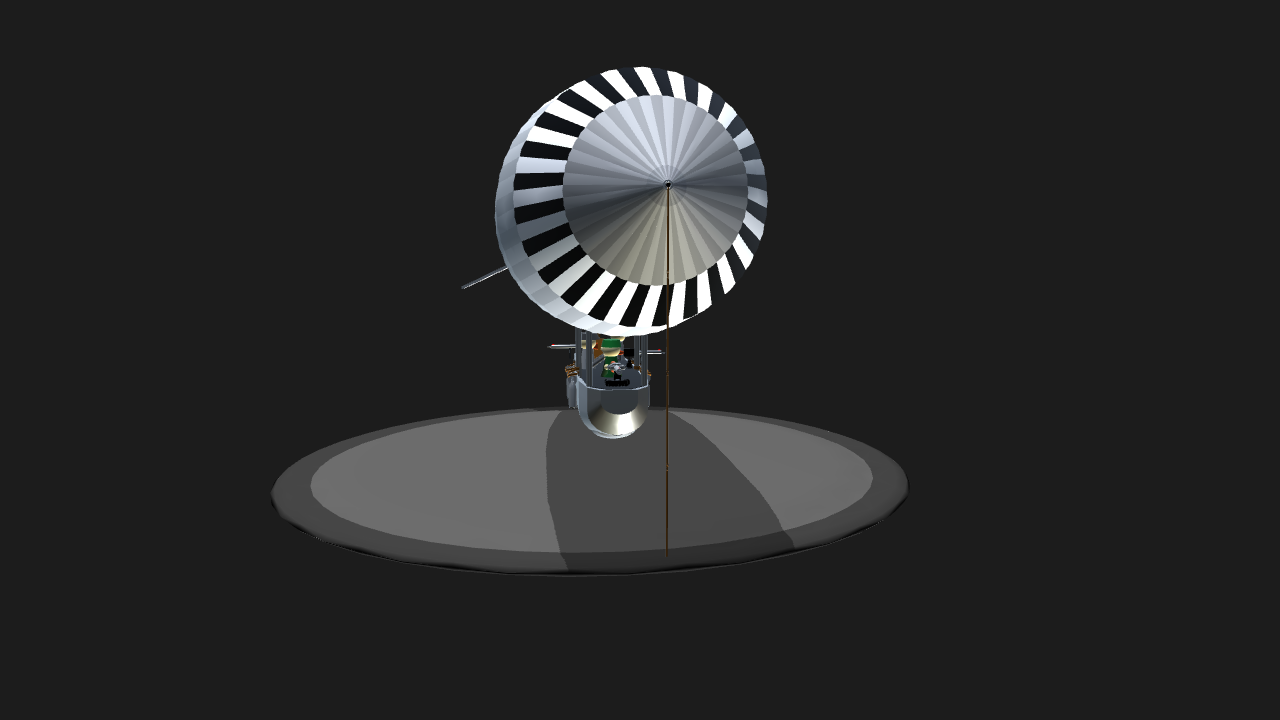 This is a fictional World War One German zeppelin. Equipped with 8 bombs, 2 mg 08s, and a captured Lewis Gun, it is a pretty formiddable zeppelin. It's size makes it a smaller target, and therefore harder for enemy aircraft to hit, and it's payload can be a major player on the battlefield. It has a crew of three people, who can switch to gunner seats when necessary. The controls are as follow: throttle to control altitude, vtol is for forward motion, pitch=pitch, roll = yaw, ag1 activates a powerful gyroscope and the three machine guns, to use them deactivate ag8 as well. Have fun! 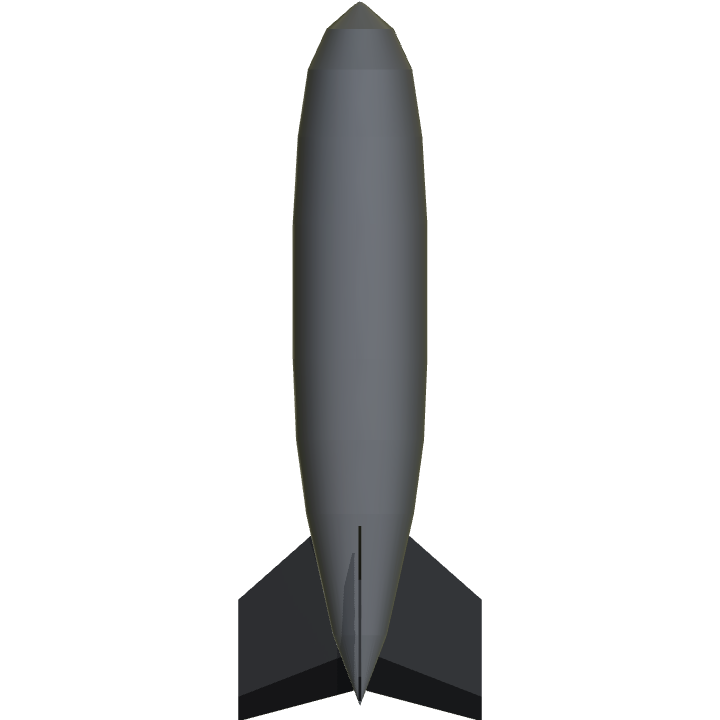 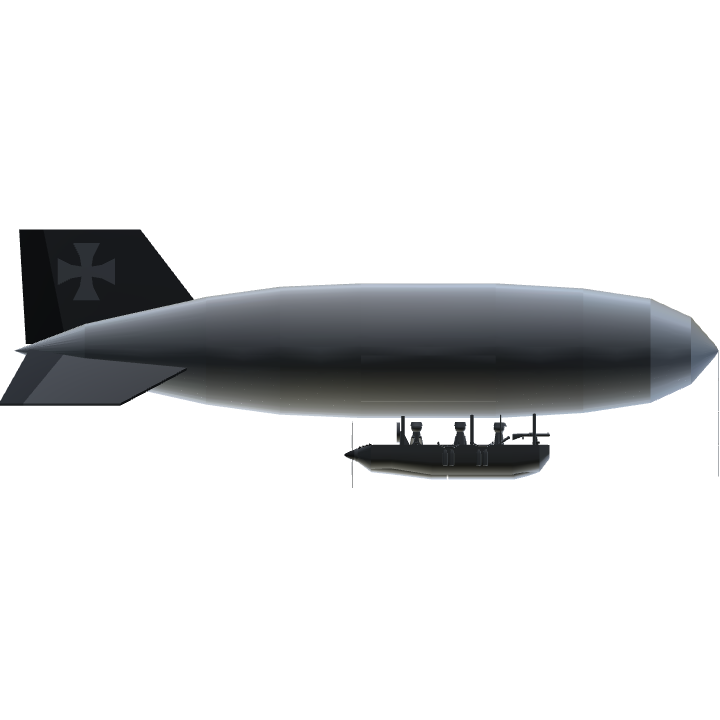