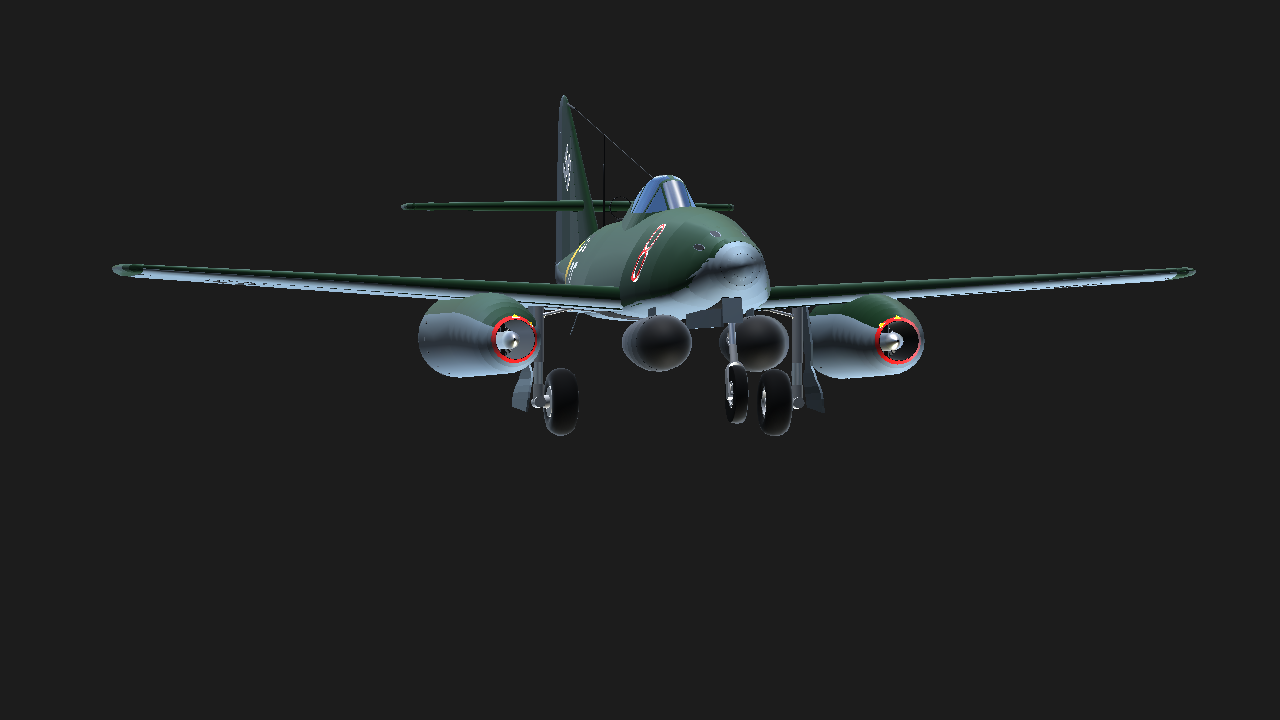 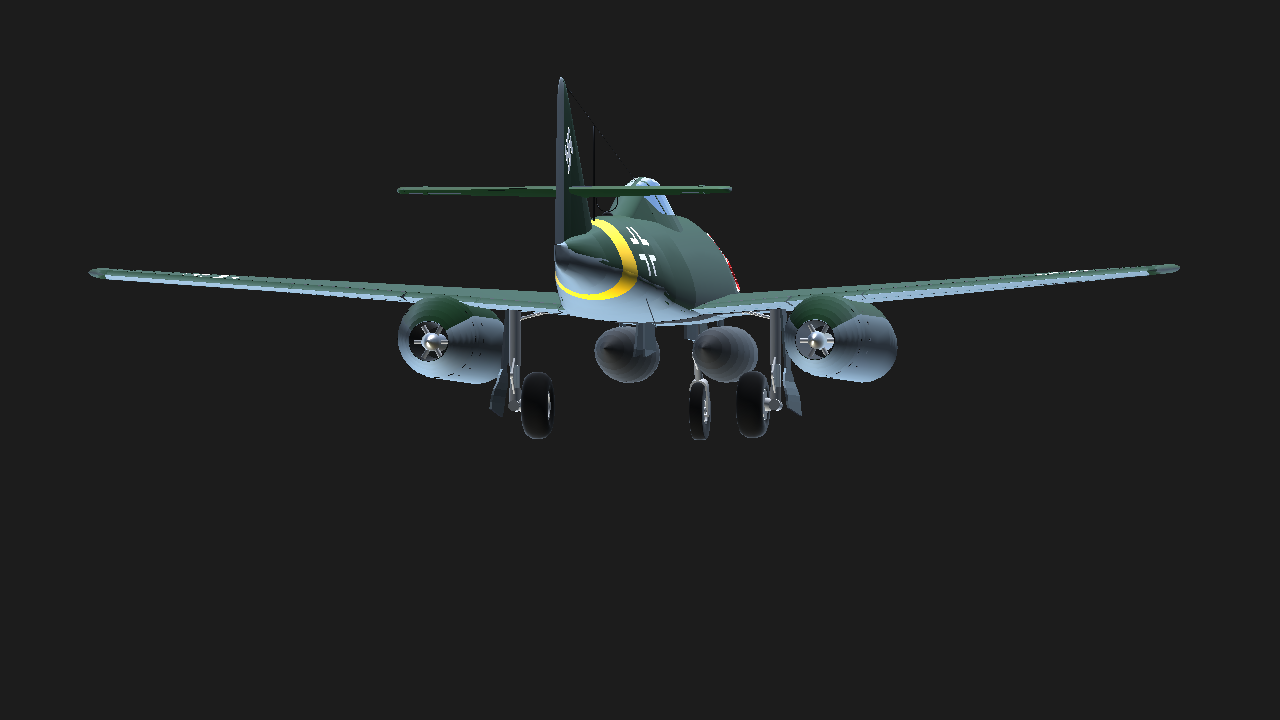 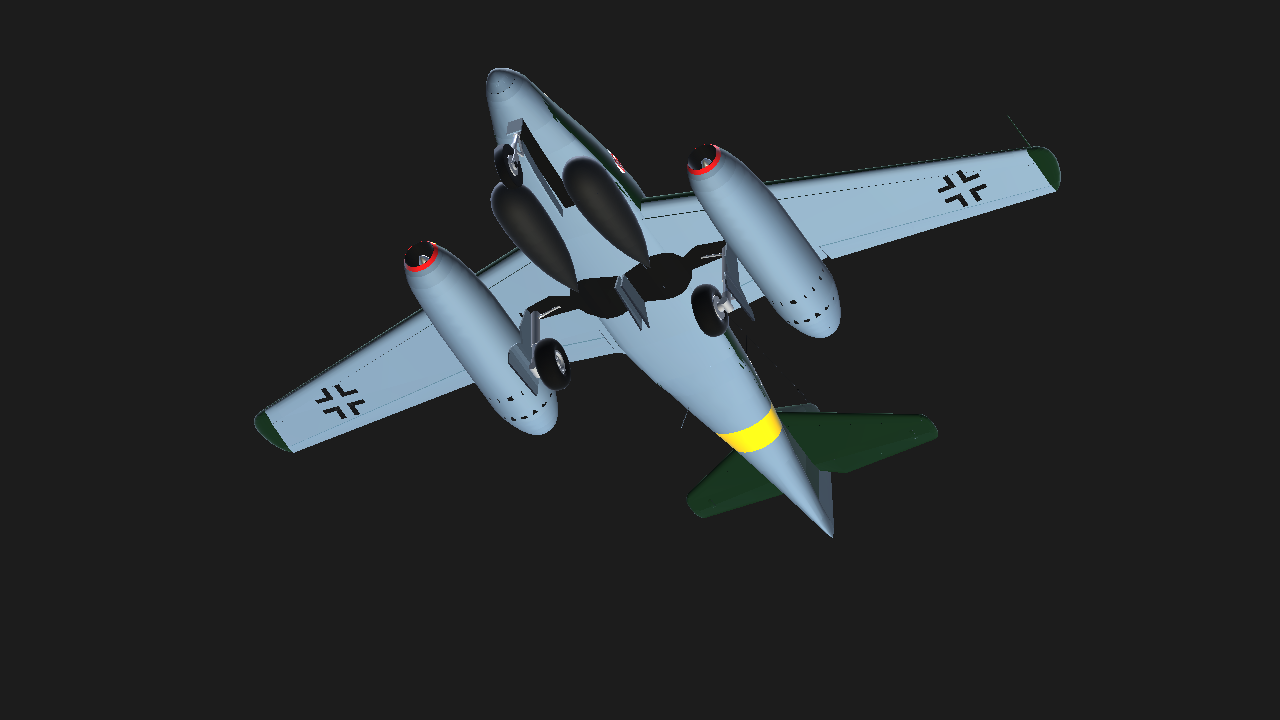 functioning:
In case it goes into Stall, shut off the engines and don't touch anything until it recovers on its own.
VTOL 25% Combat Flaps
VTOL 50% Takeoff Flaps
VTOL 100% Landing Flaps
Trim: Trim duh xD
AG1 launches external tanks

History
Serially produced during World War II, it entered combat from July 1944 in the role of fighter-interceptor, attack bomber, reconnaissance aircraft, and night fighter. It is estimated that of the 1,433 built, only about 300 entered combat, shooting down nearly 509 Allied aircraft, [9] although sometimes it is claimed that they were more, [10] with an approximate loss of 100 reactors (most of them parked on land due to lack of fuel). Although it did not have a profound impact on the development of the conflict, as a fighter it was 193.2 km / h faster than the famous North American P-51 Mustang interceptor and on ground attack missions it stood out for its effectiveness, proving to be a superb weapon during the final stages of World War II. It influenced the development of the jet aircraft in both the military and civilian fields during the postwar period. When the swallow accelerates in flight to catch insects, it reveals itself as one of the fastest birds to hunt, hence the nickname given to Me 262. Baptism of Fire A milestone in Military History was marked on July 25, 1944 when Lt. Alfred Schreiber first engaged in combat with a Me 262 jet, intercepting a British Mosquito aircraft commanded by Lt. AE Wall, belonging to Squadron No. 544 of the RAF, which was flying on a reconnaissance mission over Munich. Wall tried to perform an evasion maneuver using the traditional Mosquito power but, to his surprise, his contender was relentlessly approaching. After five attempts by the German pilot, he narrowly escaped being shot down, although he ended up crashing when trying to land in Fermo (Italy). Likewise, a Me 262 was intercepted near Brussels on August 28, 1944 by a pair of USAF P-47 Thunderbolts, making it the first aircraft of this class lost in action. 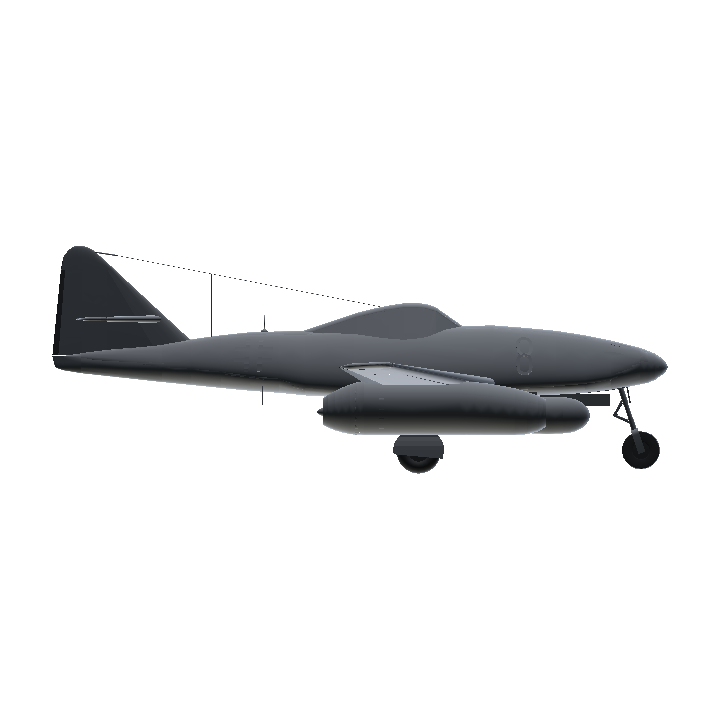 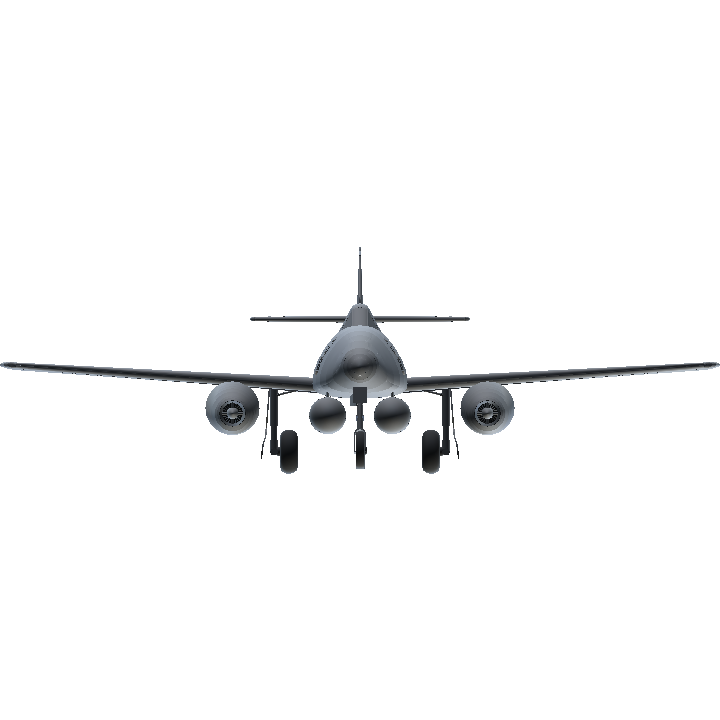