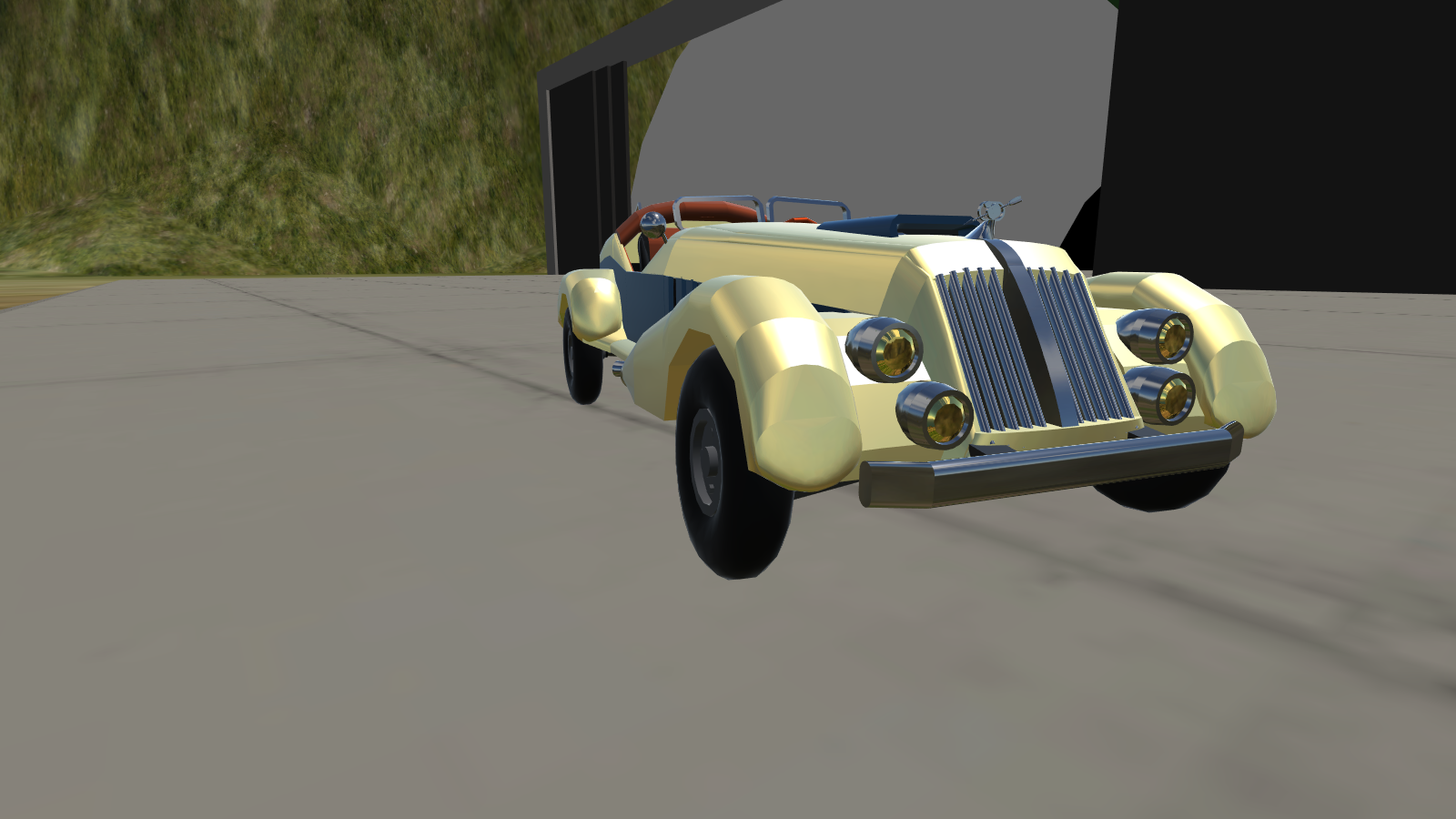 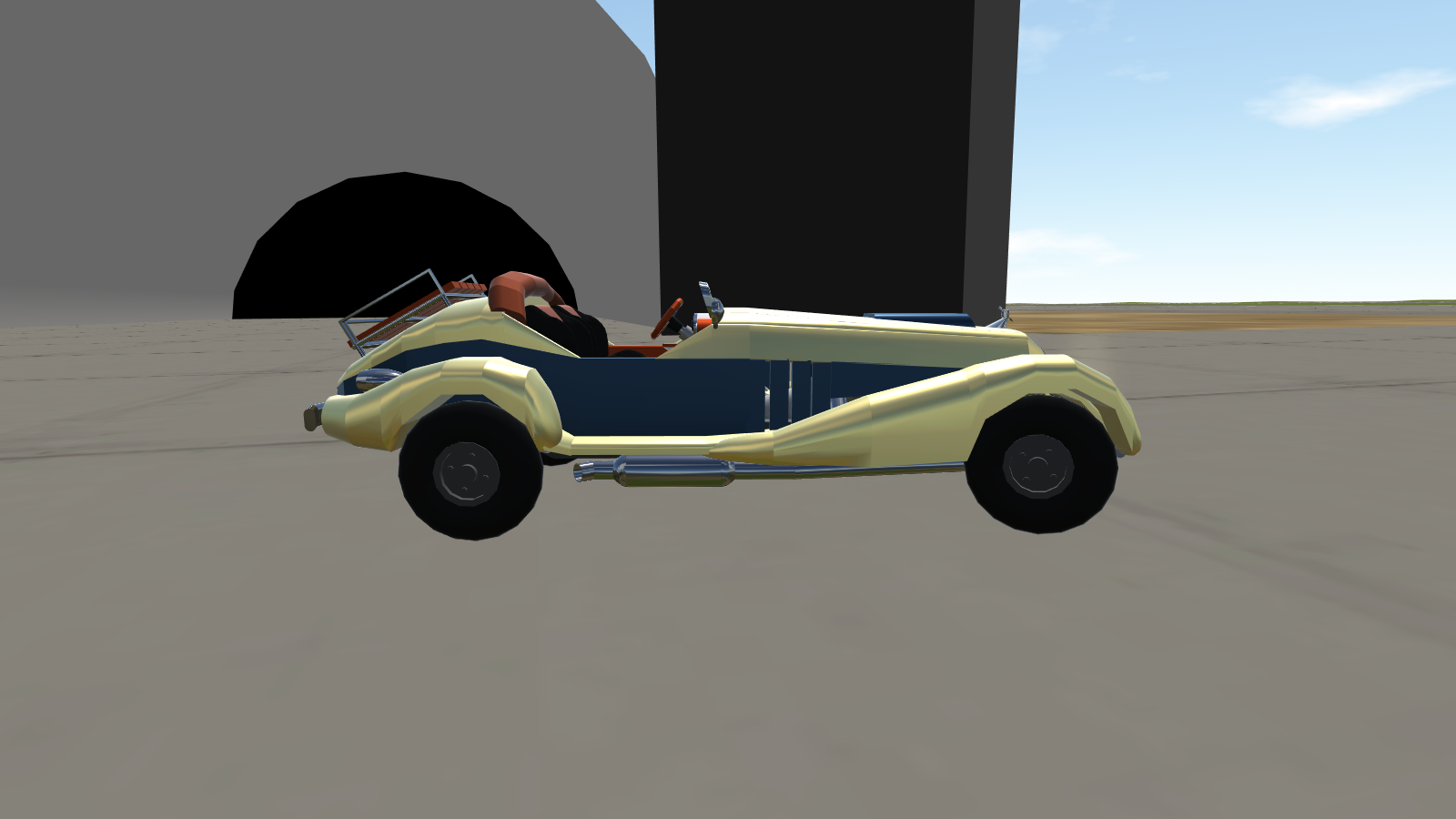 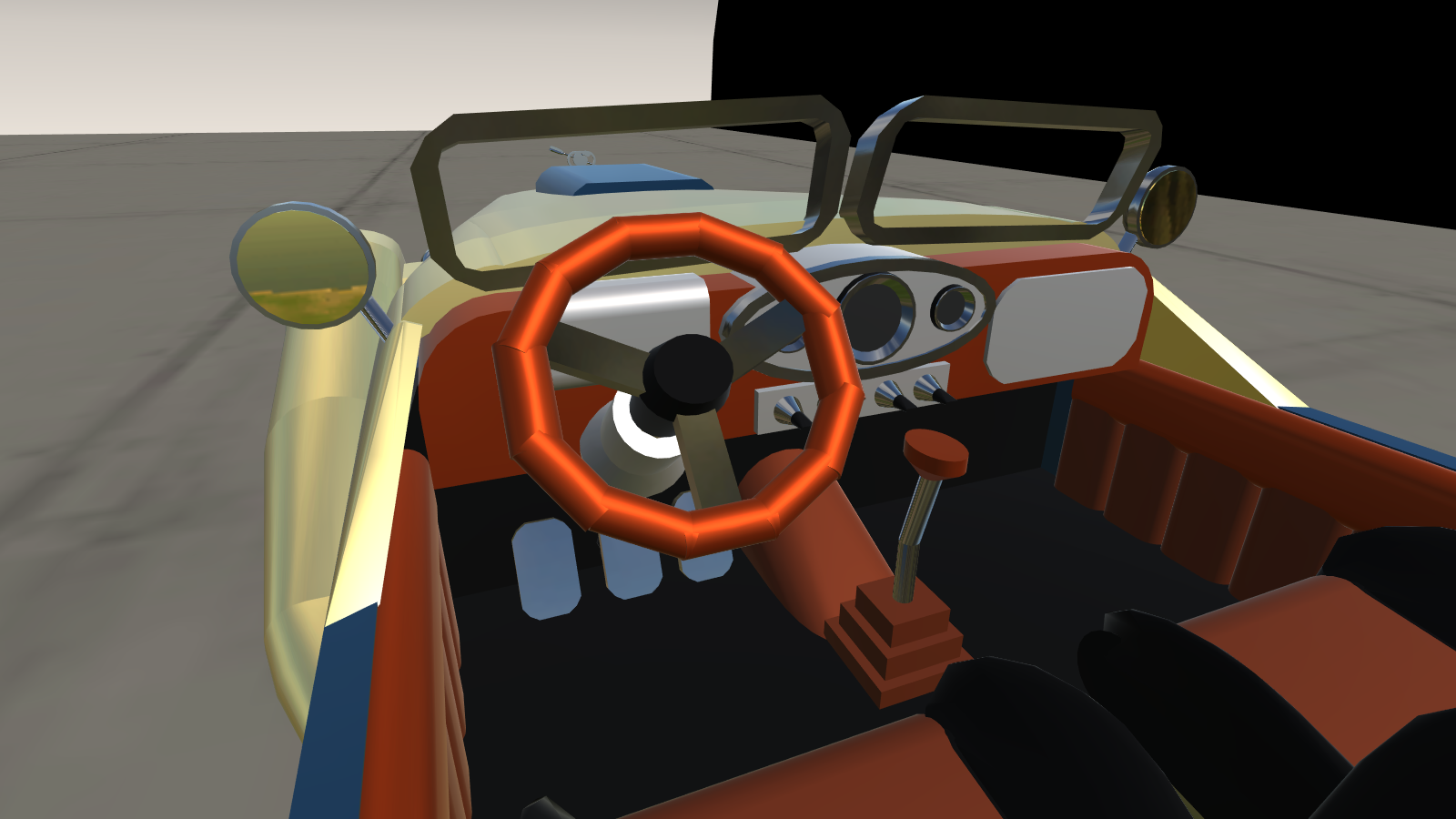 This rolling artifact has an adventurous story.

An Austrian baron ordered it from a small car manufacturer in 1935. The mechanical base comes from a Mercedes coupe and was propelled by a modified V10 engine. This engine was intended to be in aircraft, but it was too heavy and underpowered for that. The bodywork is a fully unique design, made from high-quality steel. The seats are covered with fine Italian leather, the other wooden elements made from imported Canadian hickory trees. The baron used this as a 'weekend car', mostly used it around his property in South Tirol. At that time this car was among the few which were able to hit 160 KM/H.

The Durchmarsch on an Austrian airfield c.a. 1936

In 1938, before the annexation of Austria, the Baron and his family emigrated to the States, but he had to leave his beloved roadster behind. The German High Command officers used his former mansion as temporary headquarters, and one of them laid their hands on the car. The Officer liked to floor it, and he often pushed the roadster to the limit. Apparently, the sports car was too much for his skills, and he crashed it into a tree near the Italian border.
He didn't survive the accident, and the car suffered significant damage.

We don't have too much information about how the car had 'survived' the World War, probably well hidden in a small Italian Village. Somehow the car landed in a garage near Venice. The guy probably bought it as a parts supply or to restore- but instead, they sold it to an American businessman, who spent his holiday there in 1948. He took the car to the United States and ordered a race car manufacture to restore it. The roadster got some major changes like a new one-tone color, US-style bumpers, and an extra luggage rack, which is also made from the same Canadian hickory, as the interior. The engine also got improved, so it was able to safely reach an impressive 220 KM/H

The roadster in the Paramount Pictures studio, in 1963 (colorized)

When the businessman suddenly went bankrupt in 1953, his roadster also went under the hammer. A set designer group bought the car for $54K. Even James Dean laid a bid on it, but he backed out when found another auction item, a silver Porsche. This was the car's green light into Hollywood, it was part of a few movie settings, and had a safe and quiet place in the studio until 1974 when a few car thieves stole it from the Paramount Pictures warehouse. The police ambushed them, and the roadster got involved in a car chase, which ended up in a crash. The cops impounded it, and the car got left in a police impound yard for years. The local police had no clue about the value of the car, so it simply got dropped out from the impound yard in '84 and ended up on a scrapyard in Nevada.

The roadster on the police impound yard after the accident. The driver died in the hospital after the crash

It looked like the end of the story but it wasn't. The Baron's great-grandson started searching for the car after he saw it in their family's photo album. He had no simple task, because of the blind-spots in the car's history, and the lack of documentation. After 4 years found it in Nevada, laying on the ground without wheels, lacking any protection against the sun. Of course, he didn't want to leave the car as a basic fender-bender, but even the pro custom workshops had an issue to restore it. 3 workshops had canceled the job when he finally turned to the Takitech Customs. It was a huge project for us as well, cos we needed to replace almost every part on the car. After six weeks, our crew managed to bring the car back from death. We restored the original '35 condition, the only difference is we put back the extra luggage rack, as the customer asked.

Now, this legendary roadster will get its well-deserved attention. It's a fine addition to the customer's collection, and it's in a visitable showroom in Las Vegas. Sometimes it goes out for movie shootings or other bigger
exhibitions, but rarely on its own wheels.

The nose emblem on the Durchmarsch. An apple with an arrow, what is a reference to the famous archer Willhelm Tell

Plane on the screenshot: Handley Page H.P.42 by @SimpleFlow 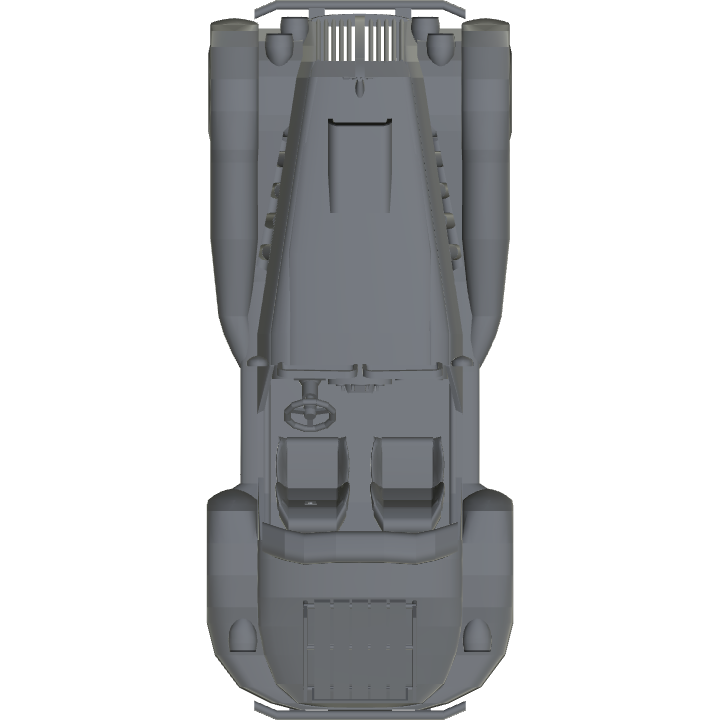 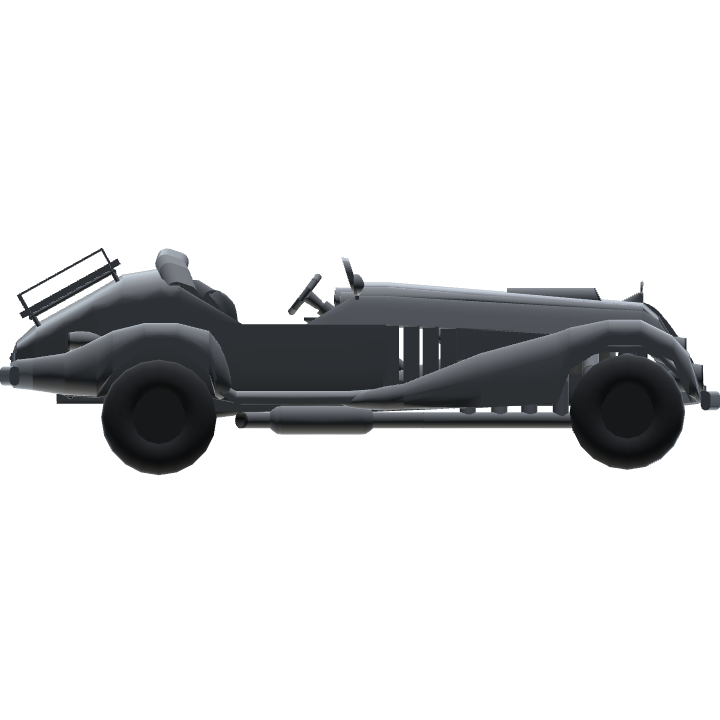 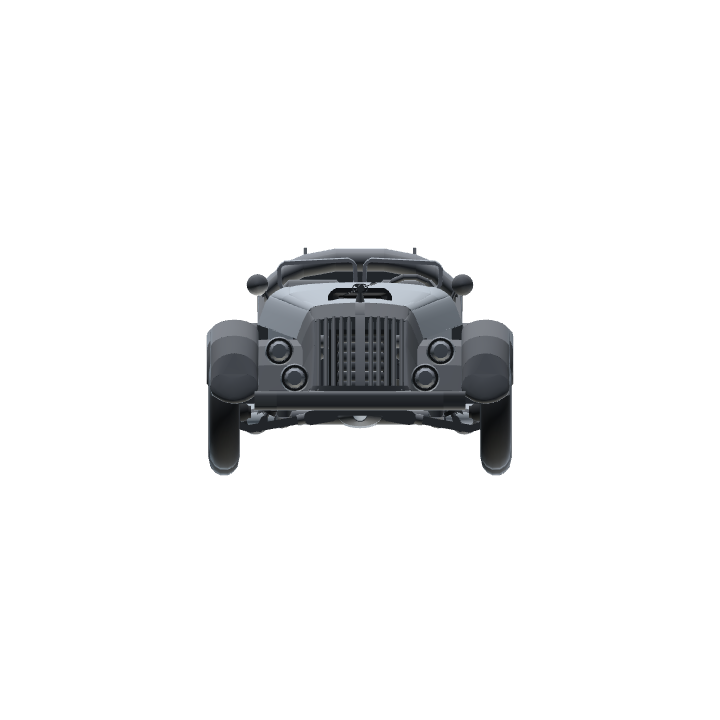