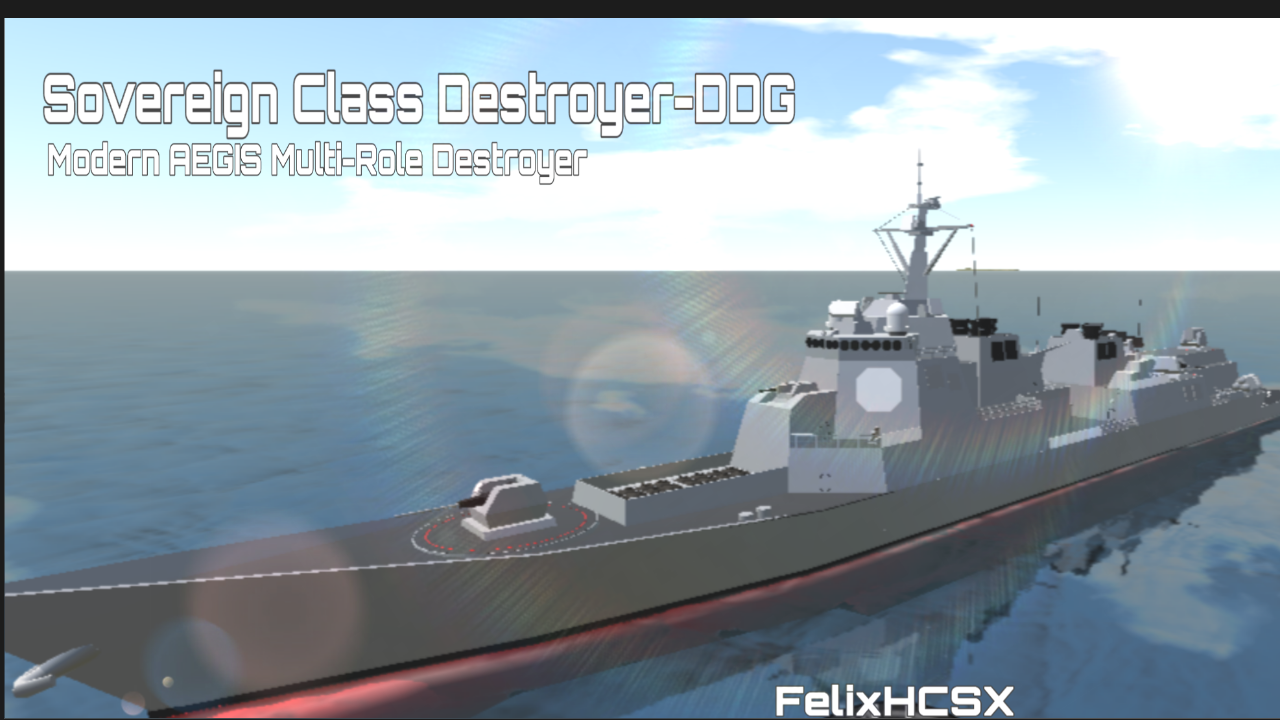 The Sovereign Class Destroyer is a multi-role Destroyer that can run various mission which can be used in offense and defense, The Frigate possessed with the newest and latest Electronic device and radar, it also armed with variety of weaponary, from Naval Artillery,CIWS,Torpedo,RAM Launcher, and Various Missile

1x KG-109 37mm CIWS mk9
KG-109 is a Heavy CIWS, Used to Defend the carrier and shoot down Nearby Aircraft, the CIWS will start targetting Aircraft At Range of 6km with effective range of 4.5Km,
will automatically aim at 6KM

2x Tako 90mm/45 Mk9
The TAKO 90mm/45 cannons serves as a secondary weapons, Located in the middle section of the ships

32x Vertical Launch System Mk20
Located in the Bow
All the Tubes were loaded with MXM-096 Trident II Multi-Role Missile
the MXM-096 Can target both Aircraft and Ships at range of 280KM
effective Firing range=3.9 Km+, The missile will sometimes miss if the target is too close

2x 4x Vortex Anti-Ship Missile Launcher
An anti-ship missile, a single of it is enough to sink USS Beast

The ships are equipped with the lastest radar and electronic system, Such as ASR-690H Air Search Radar and FXX-880 Fire Control System,

it powered with 4x BMB-1090 Turbine Engine which can powered ship with max speed of 33 Knots, 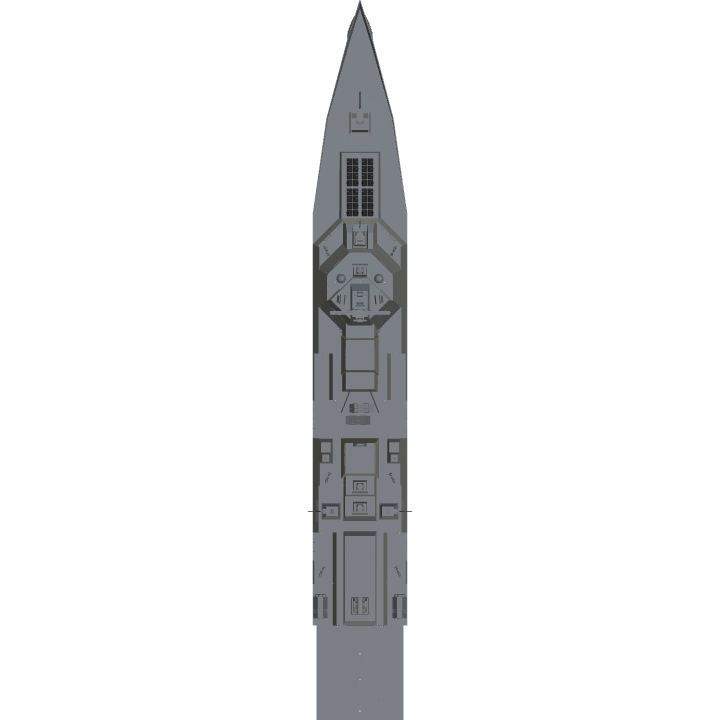 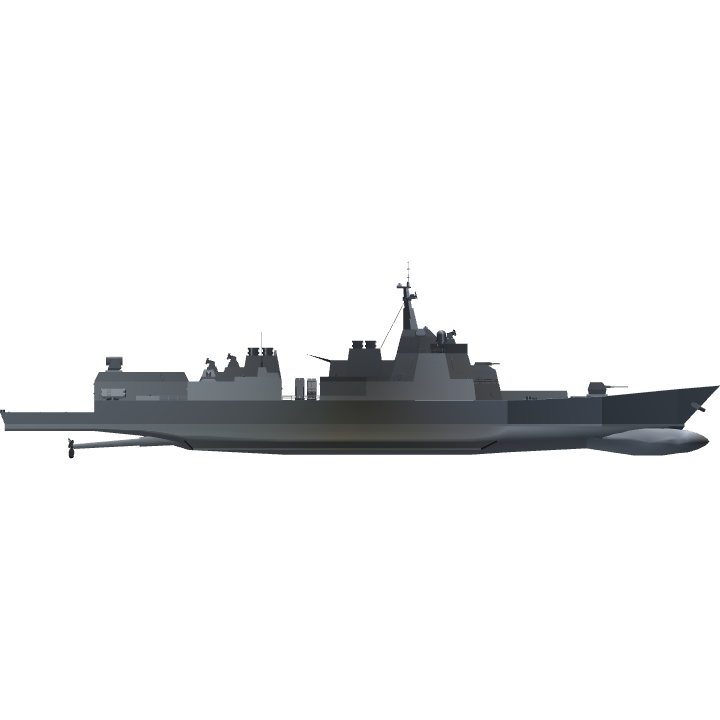 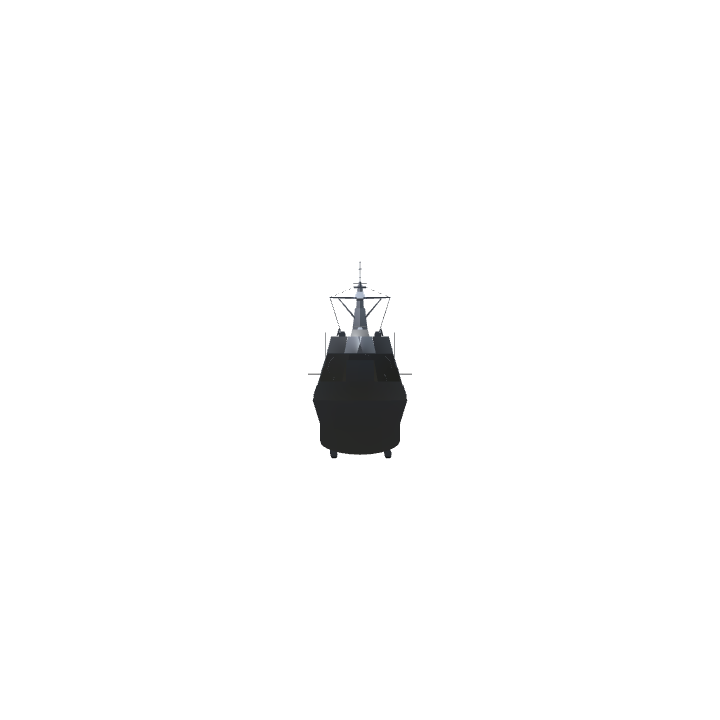