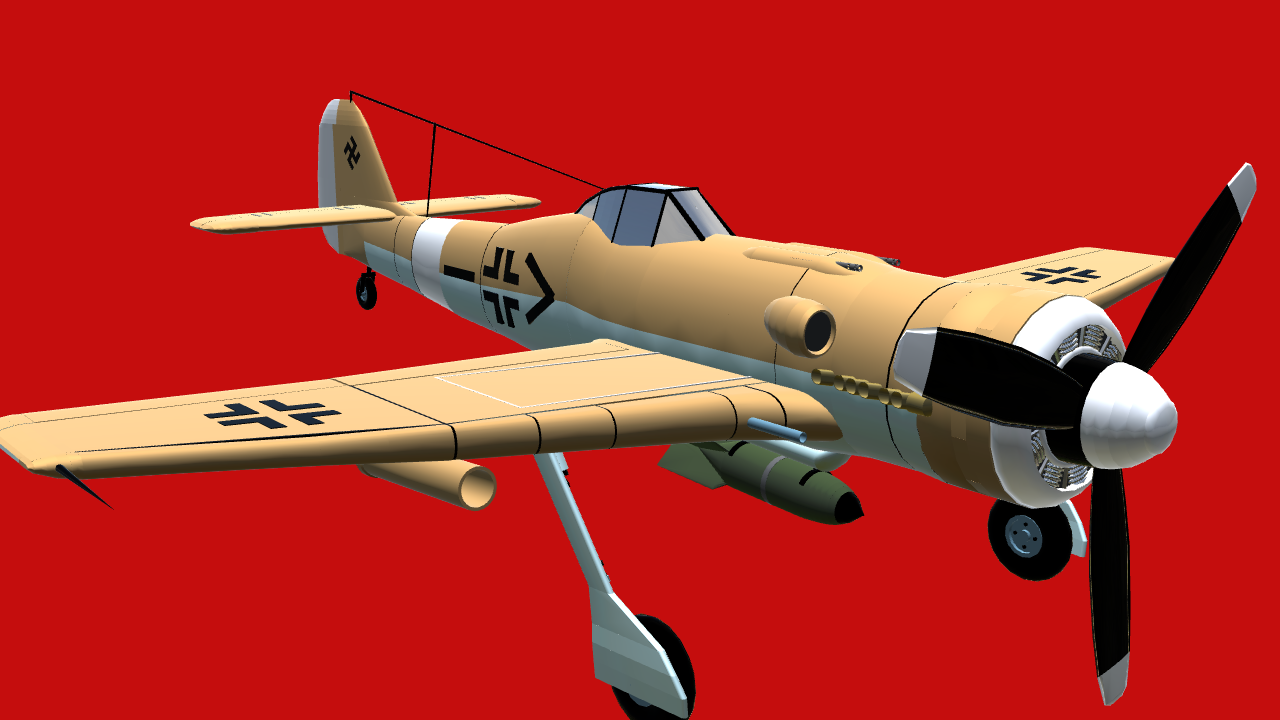 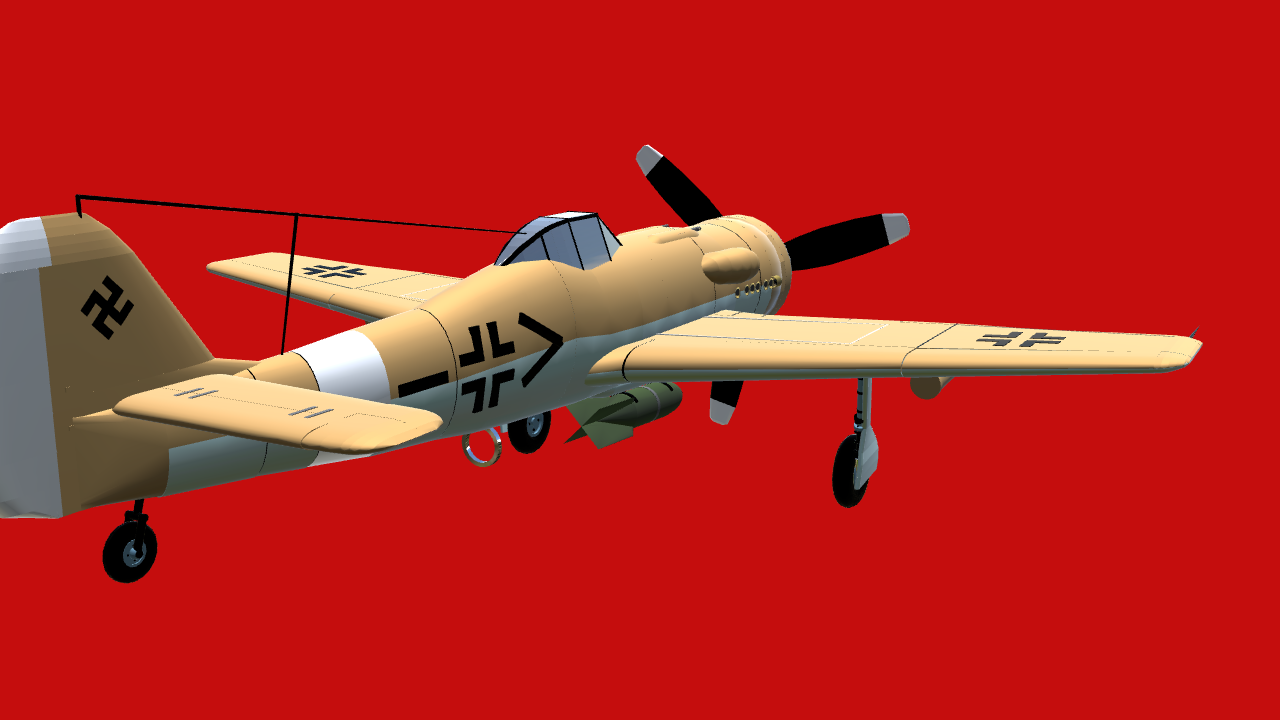 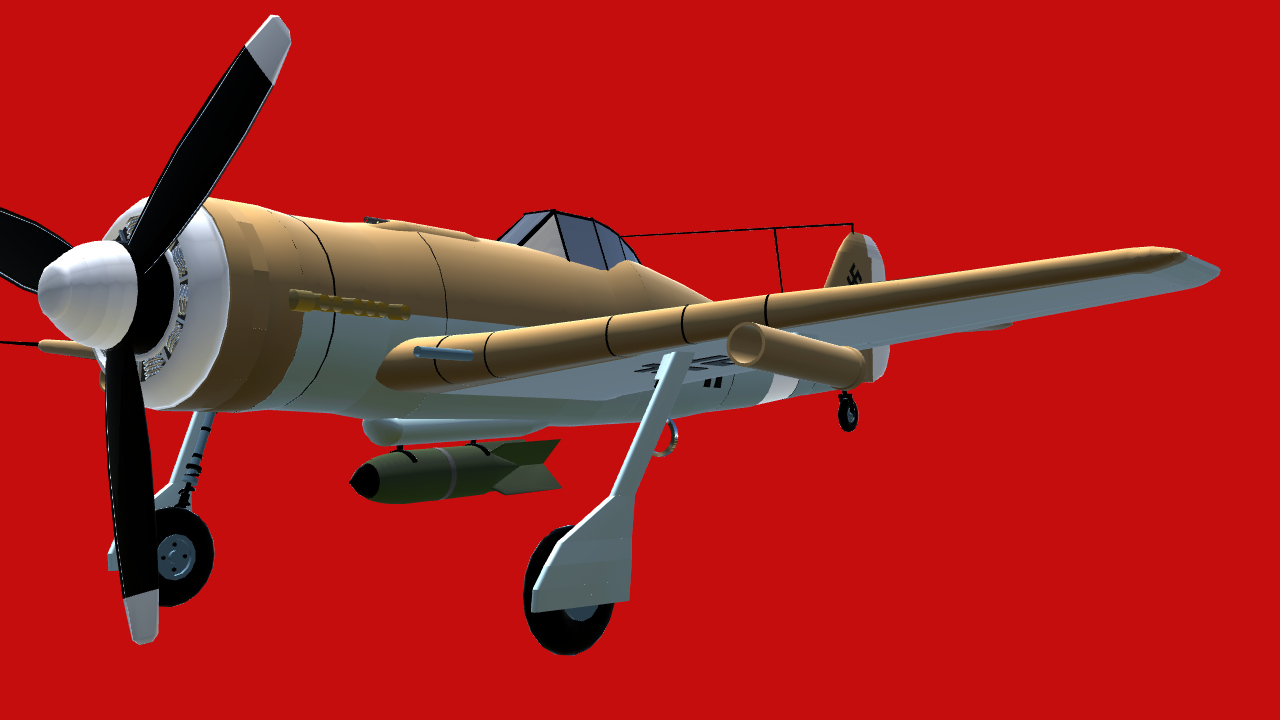 Hi everyone! I'm back at it again with some dank planes! lol

This is my entry for Mahadi's Luftwaffe challenge!

The Focke-Wulf Fw 190 Würger (English: Shrike) is a German single-seat, single-engine fighter aircraft designed by Kurt Tank in the late 1930s and widely used during World War II. Along with its well-known counterpart, the Messerschmitt Bf 109, the Fw 190 became the backbone of the Luftwaffe's Jagdwaffe (Fighter Force). (Wiki) 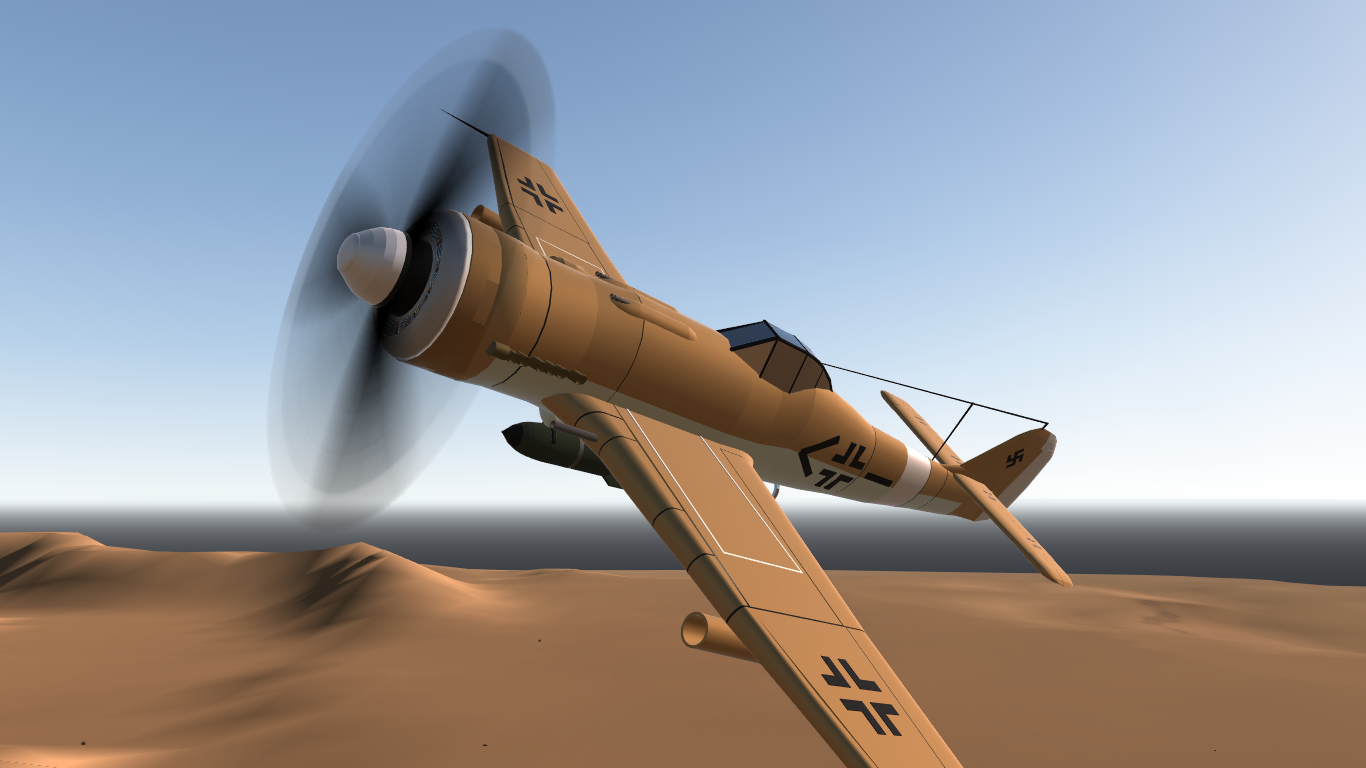 This is a fictional version of the D-9; I decided I wanted a desert scheme for this plane to showcase what this plane could have been. In the last phase of the war, these were used as both ground attack and Air superiority fighters. The Werfer Granate's you see on the exterior of the wings were mainly used for tanks and infantry along with the SC-500. The wingtips are clipped to reduce drag and the plane is named "Desert Fox" because she would have served under Rommel's command in Africa if the war kept going.

The Werfer Granate 21's are made out of 3 parts. A cannon, a hollow fuselage, and a cap at the end. The cannon was used to provide a more realistic trajectory than the rockets in SP. The shells have a "smoke trail" done by tracers and I hope you guys like it!
Custom SC-500 bomb that explodes on contact with water
Realistic Armament loadout
Lots of details and decals
Accurate WW2 Fighter performance
"Armor" for battle realism 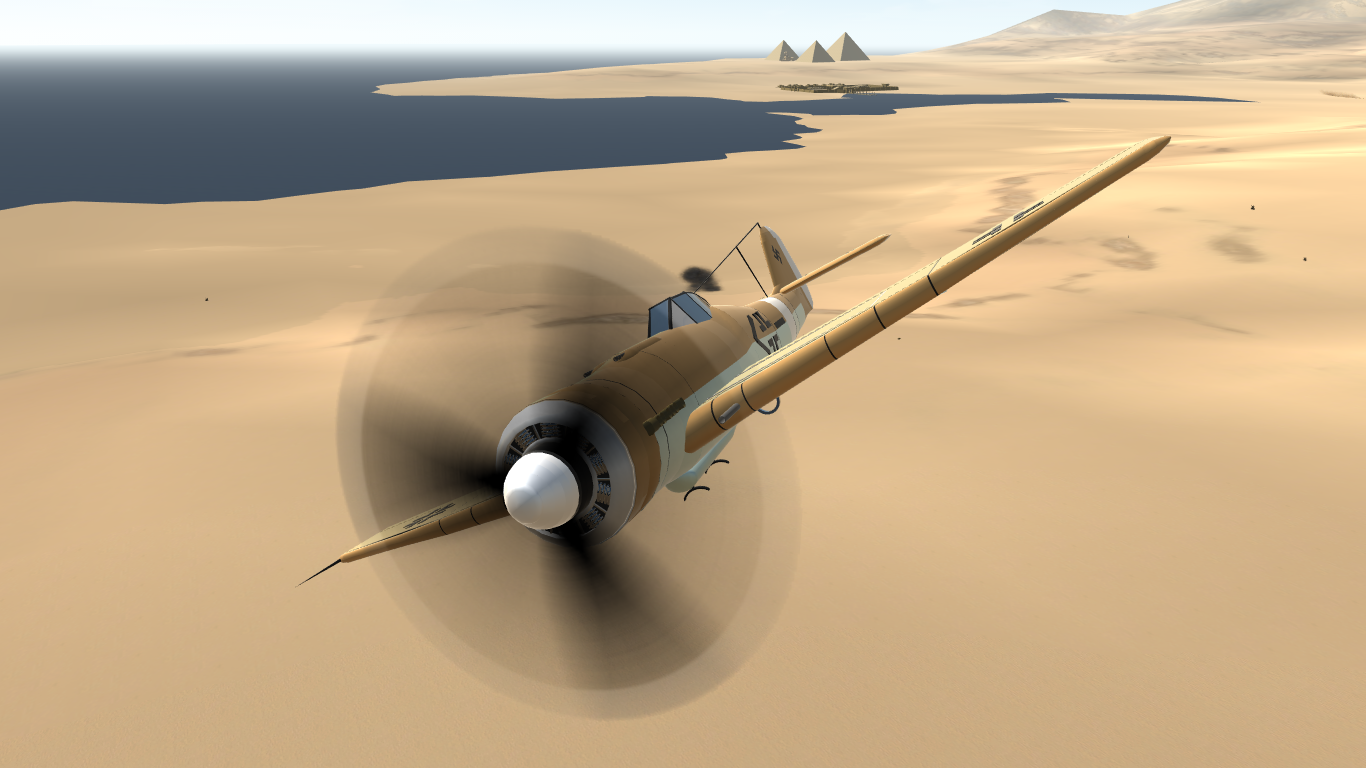 I had to do the wings like this to have the base of the wings thicker for the landing gear to fold in. There are still custom control surfaces but they are just rounded. Still, I hope you guys like it and make sure to comment and upvote! 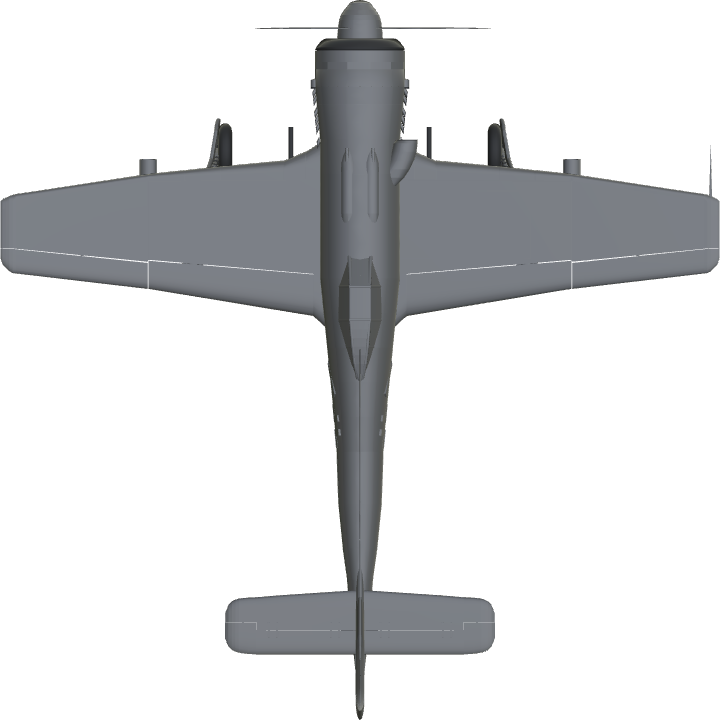 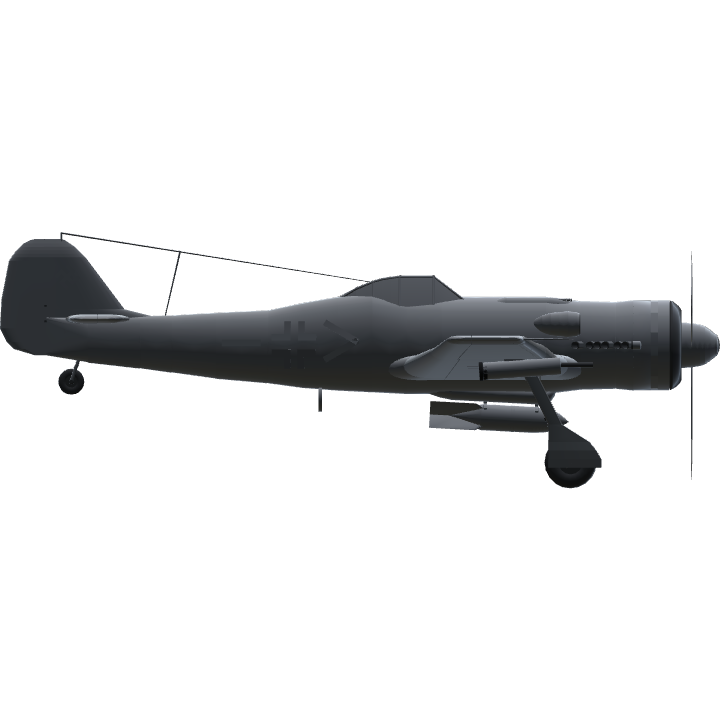 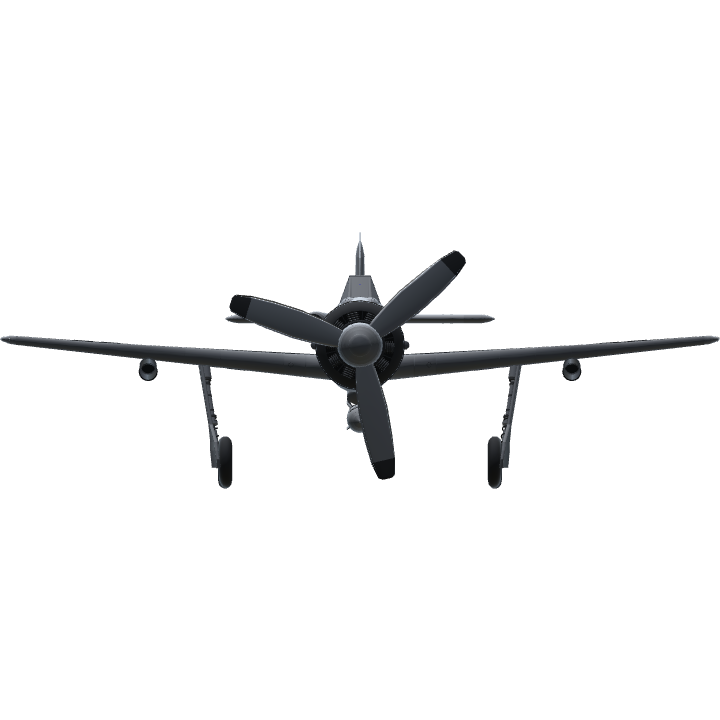