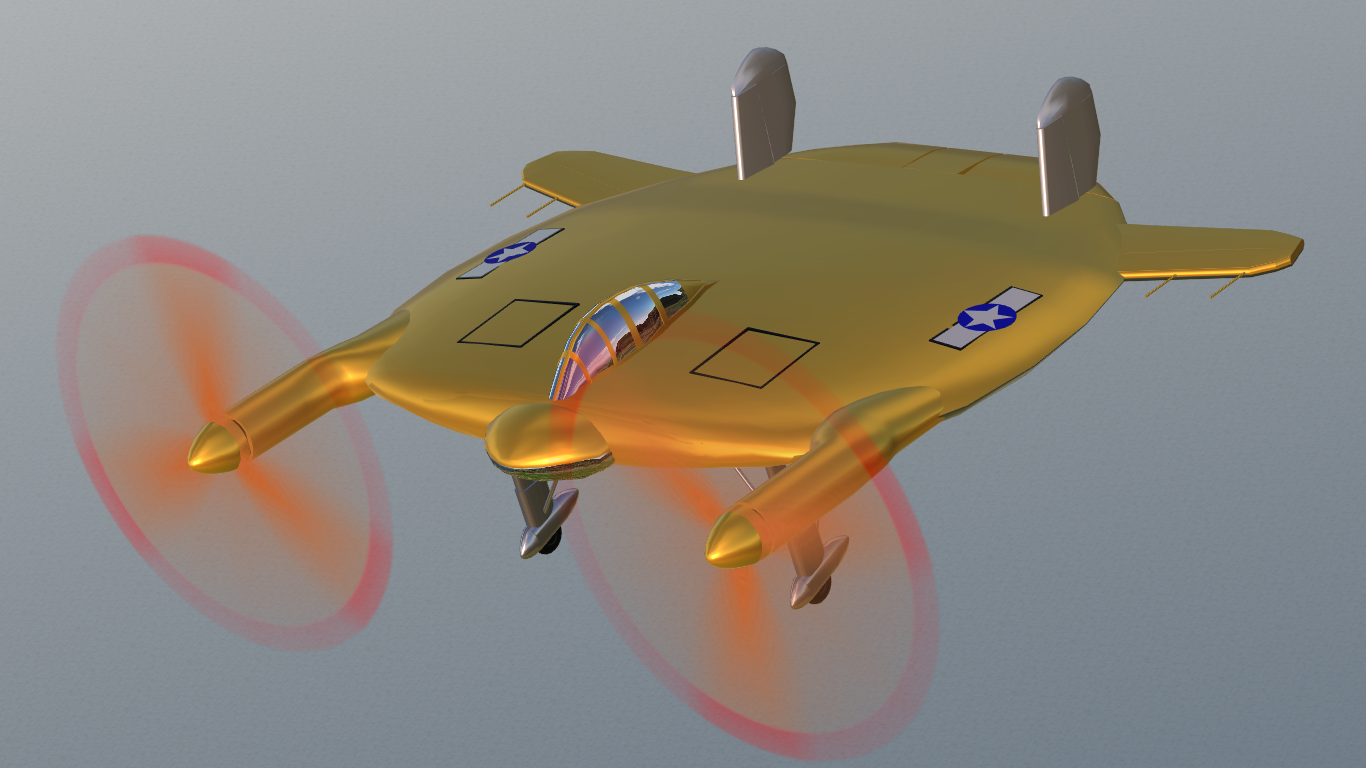 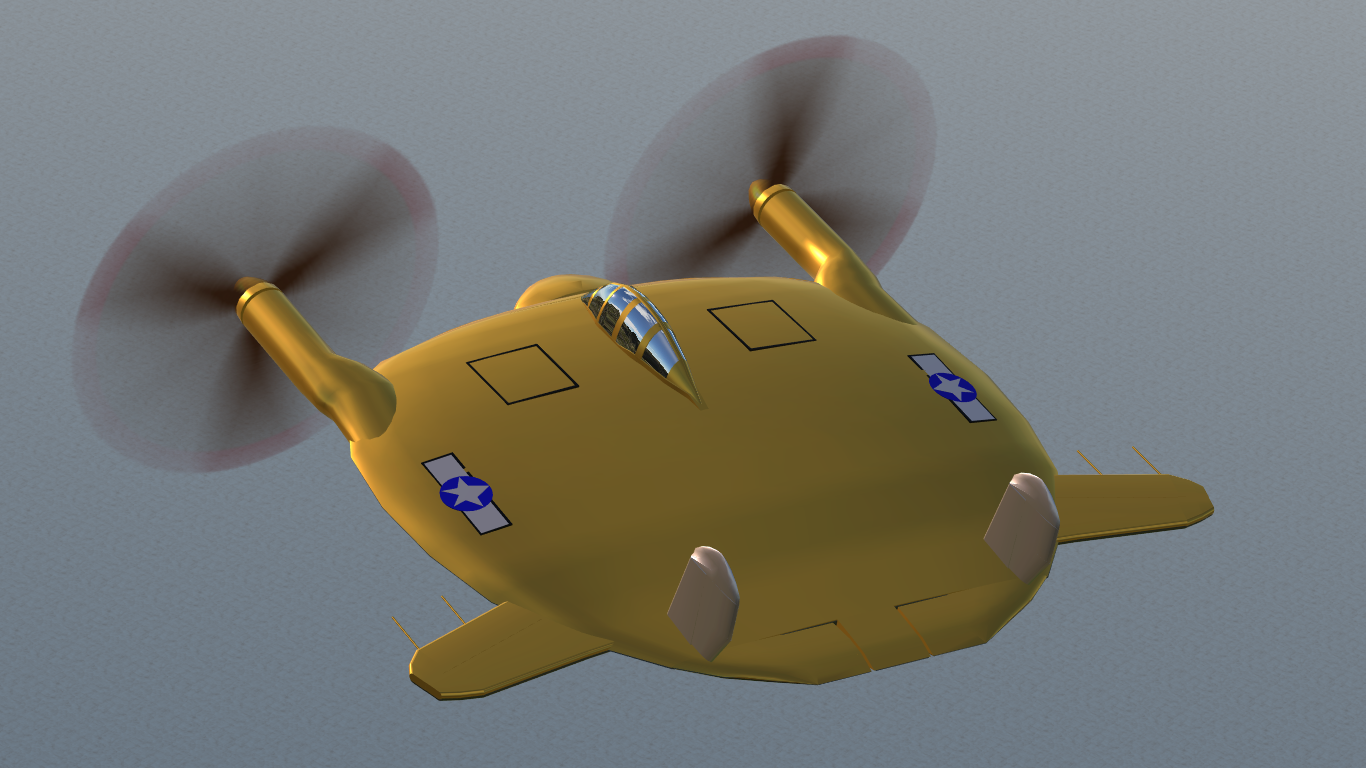 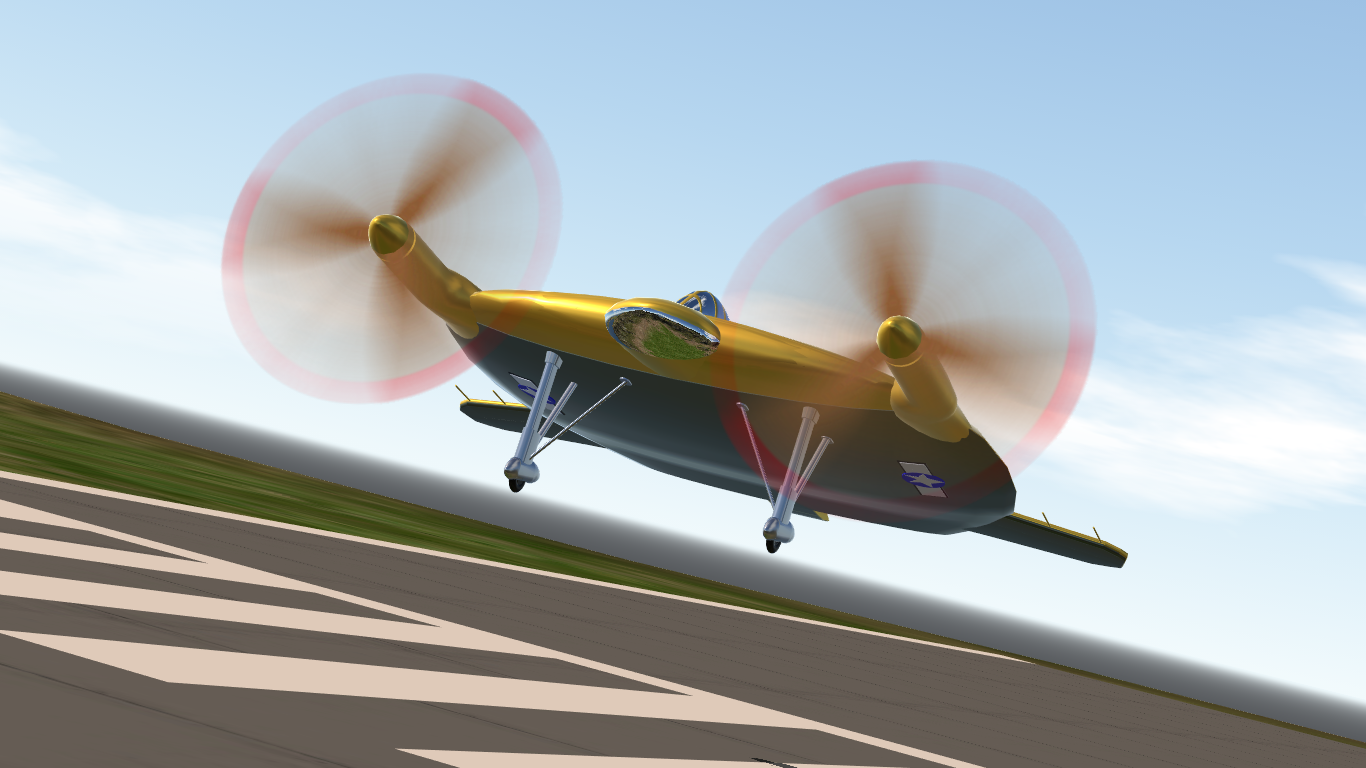 I've been to this Dallas museum, its pretty cool and that's where I saw this "plane" about three years ago!

Both the V-173 and the XF5U featured an unorthodox "all-wing" design consisting of flat, somewhat disk-shaped bodies (hence the name) serving as the lifting surface.[1] Two piston engines buried in the body drove propellers located on the leading edge at the wingtips.[2]

Note
Watch for prop strikes and be careful with the long gear legs. Also it slows down fast to always carry some power while landing. 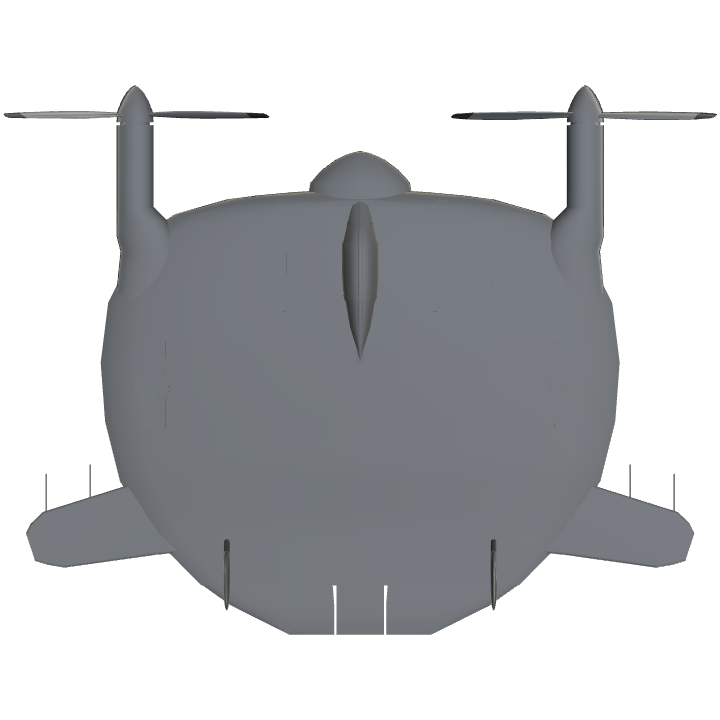 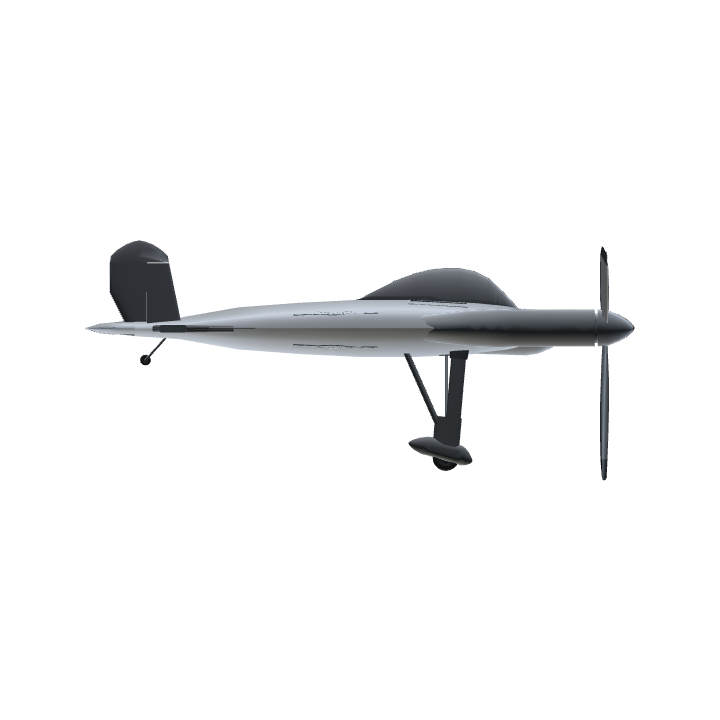 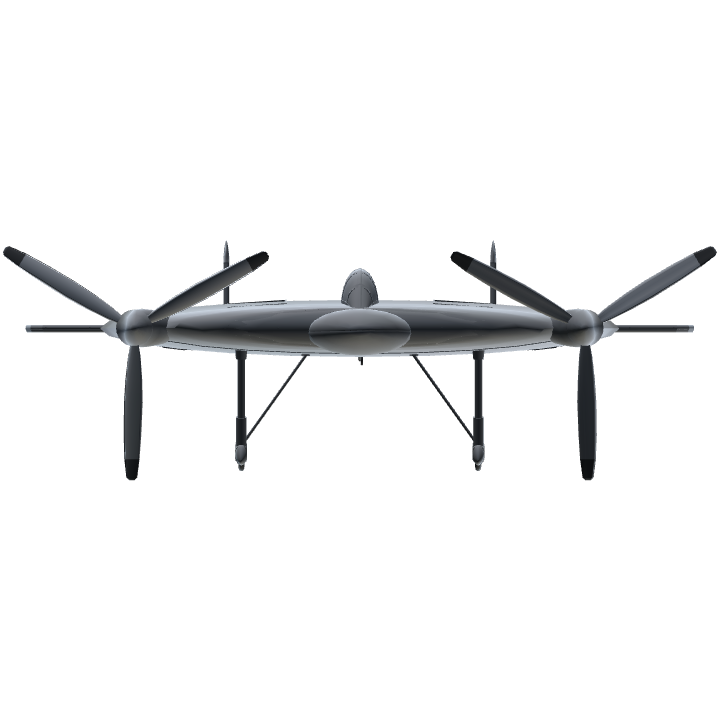