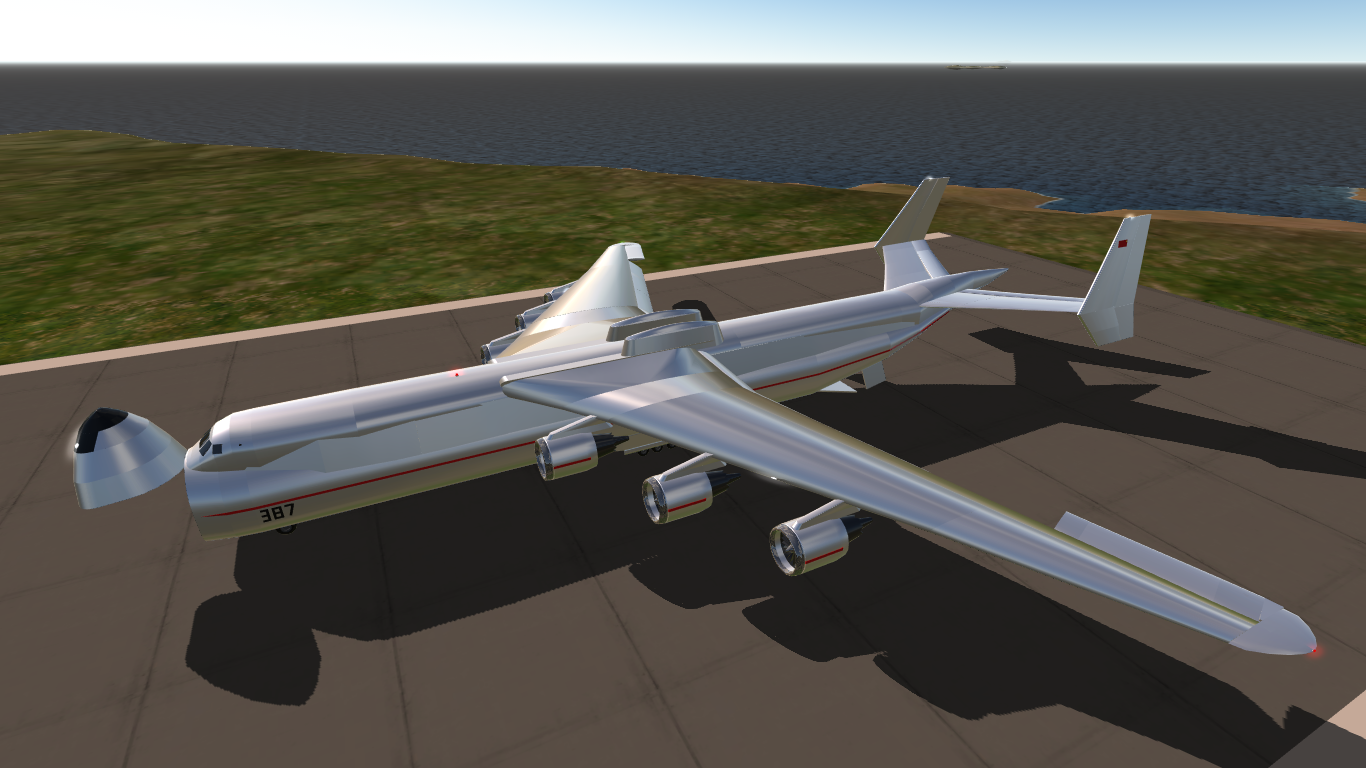 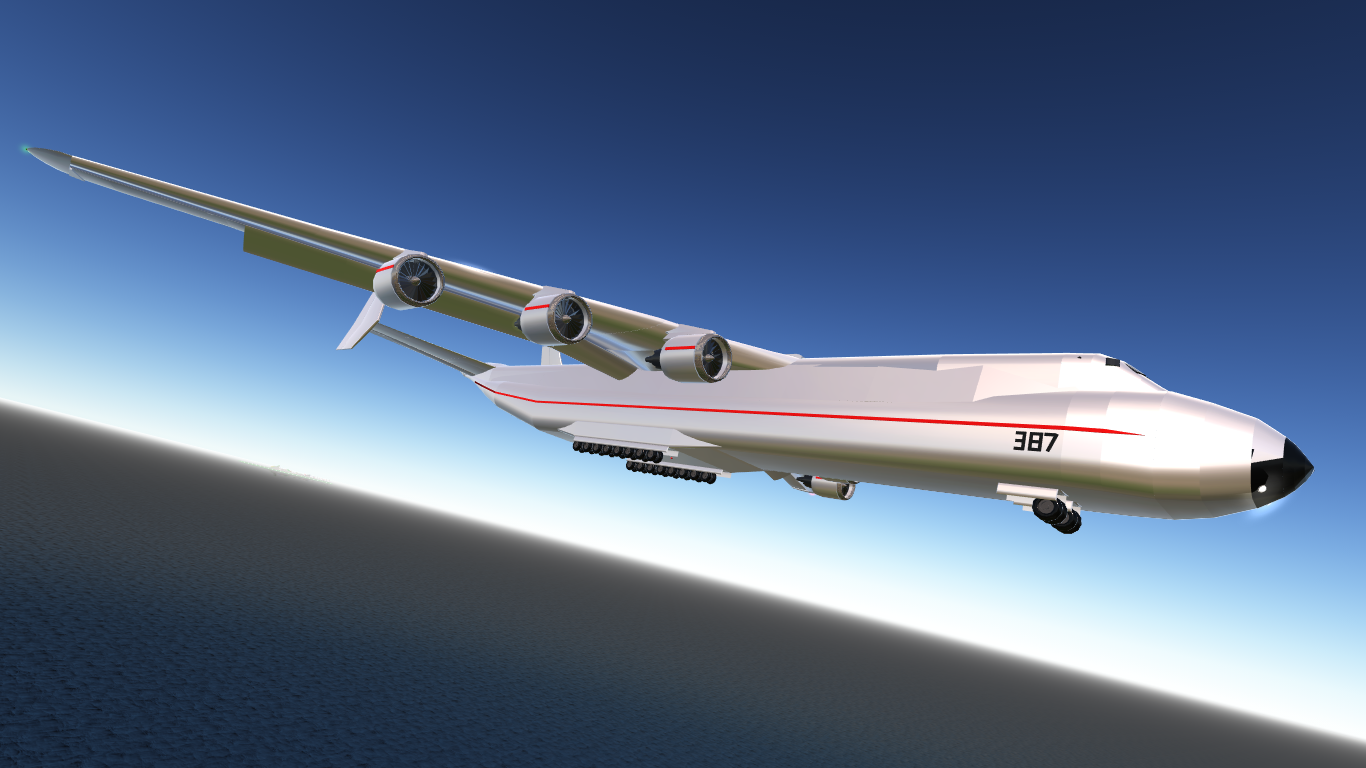 The description but without the footnotes[9]
The Antonov An-225 was designed to airlift the Energia rocket's boosters and the Buran orbiter for the Soviet space program. It was developed as a replacement for the Myasishchev VM-T. The An-225's original mission and objectives are almost identical to that of the United States' Shuttle Carrier Aircraft.
The An-225 first flew on 21 December 1988 with a 74-minute flight from Kiev.[citation needed] The aircraft was on static display at the Paris Air Show in 1989 and it flew during the public days at the Farnborough air show in 1990. Two aircraft were ordered, but only one An-225 (registration CCCP-82060 later UR-82060) was finished. It can carry ultra-heavy and oversize freight, up to 250,000 kg (550,000 lb) internally, or 200,000 kg (440,000 lb) on the upper fuselage. Cargo on the upper fuselage can be 70 m (230 ft) long.
-Wikipedia

Yes, Its a antoTHICC, one of my favorite planes of all time simply because of how Russian it was made. they said, "lets take a An-124, cut it in halve, extend it, and slap some crazy looked vodka bottle openers on the tail" - Head of Design Team. lol, all jokes aside, I really do like this airplane. its just such a beast and its history is fascinating. I have never been able to see one in person but I really hope I do, those 6 engines just look mincing. the version with the red stripe is my favorite, don't know what its called besides the "original" livery. I hope later I can make a buran replica and put it on this plane (buran is the Russian space shuttle for those of you whole like in a hole). This plane has fully working control surfaces, including flaps! it also has an opening nose and rear cargo door that are only for show but I originally made them to actually work. 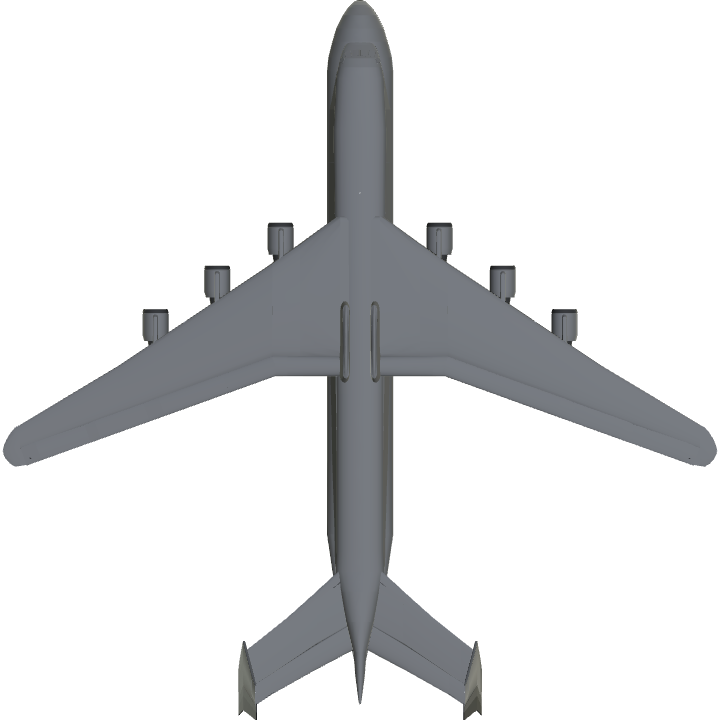 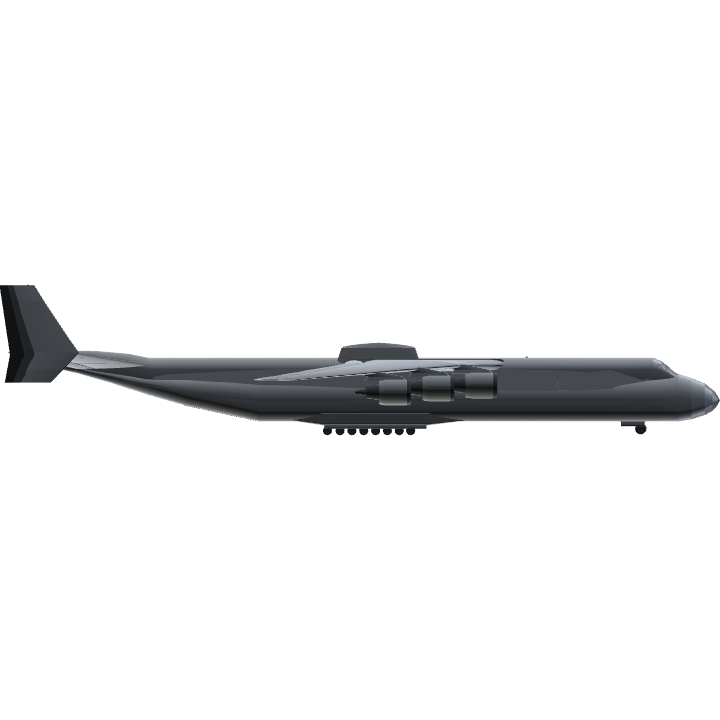 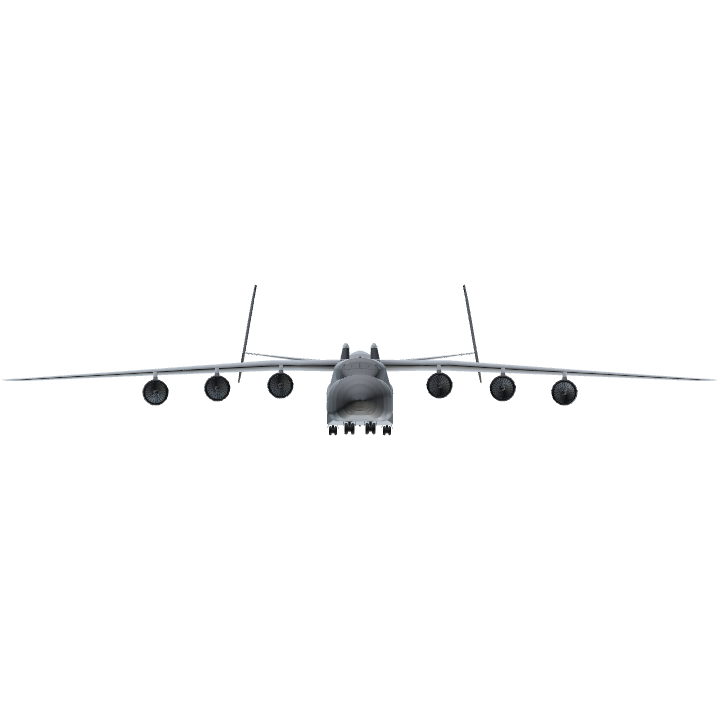