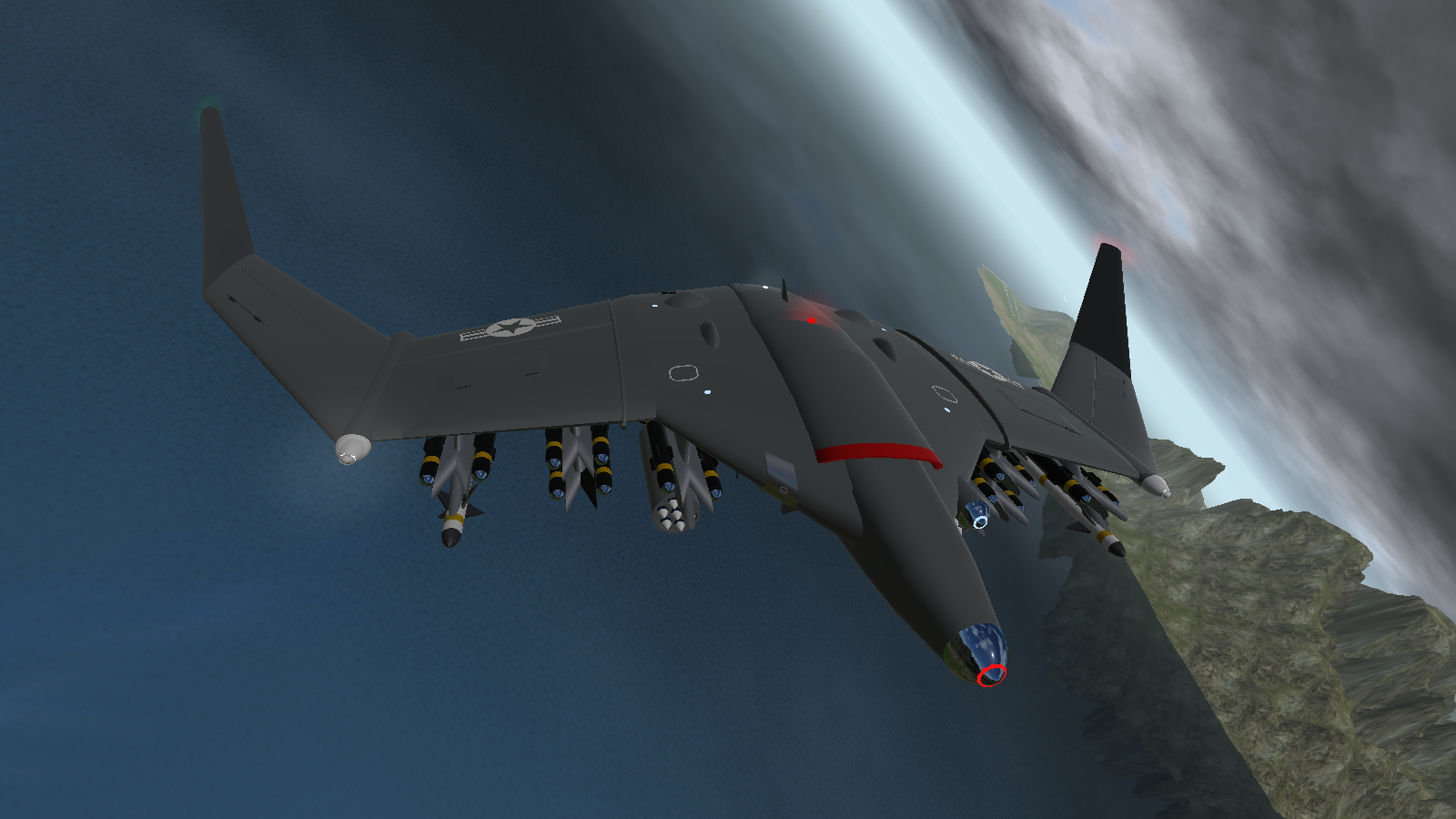 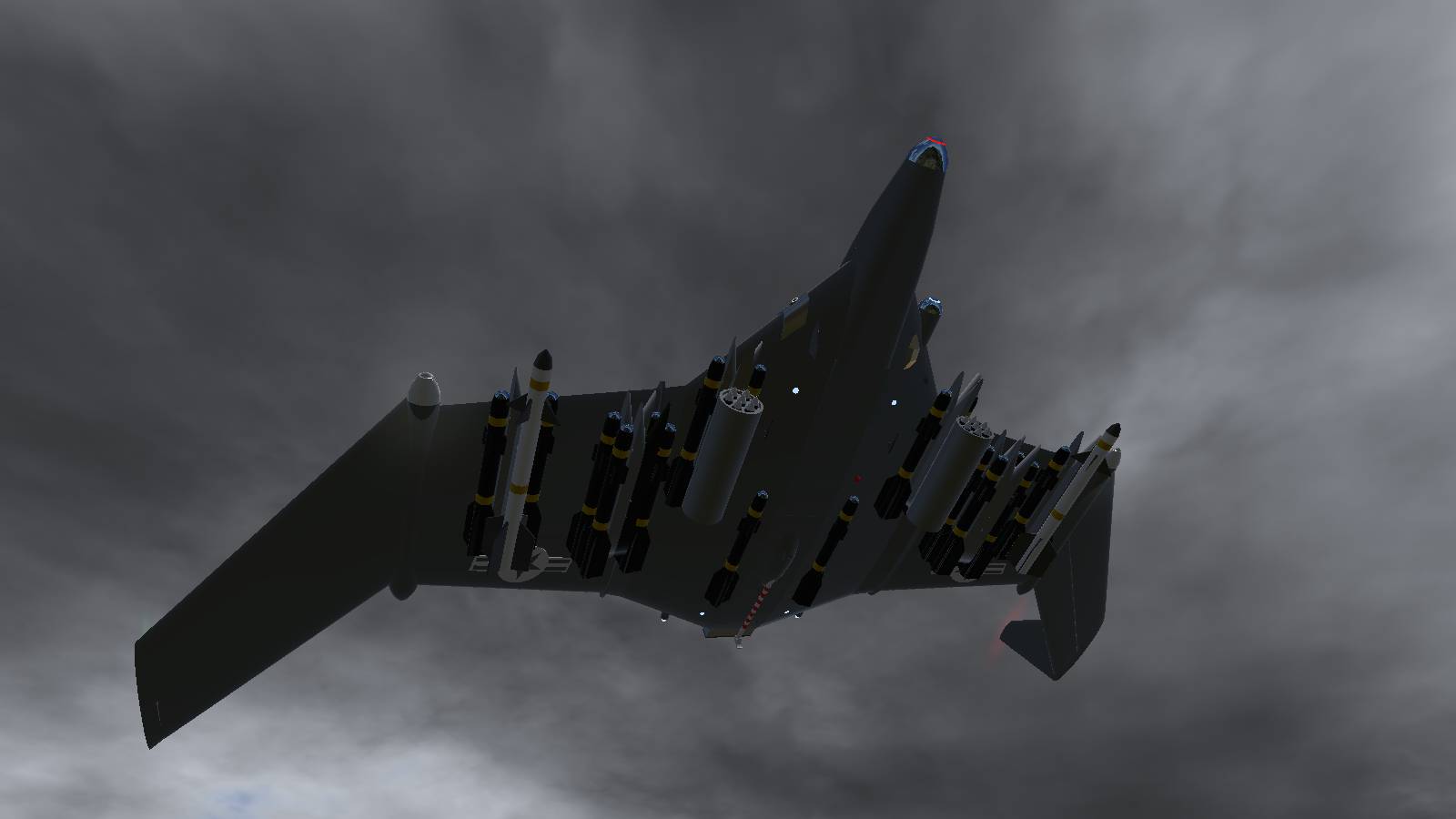 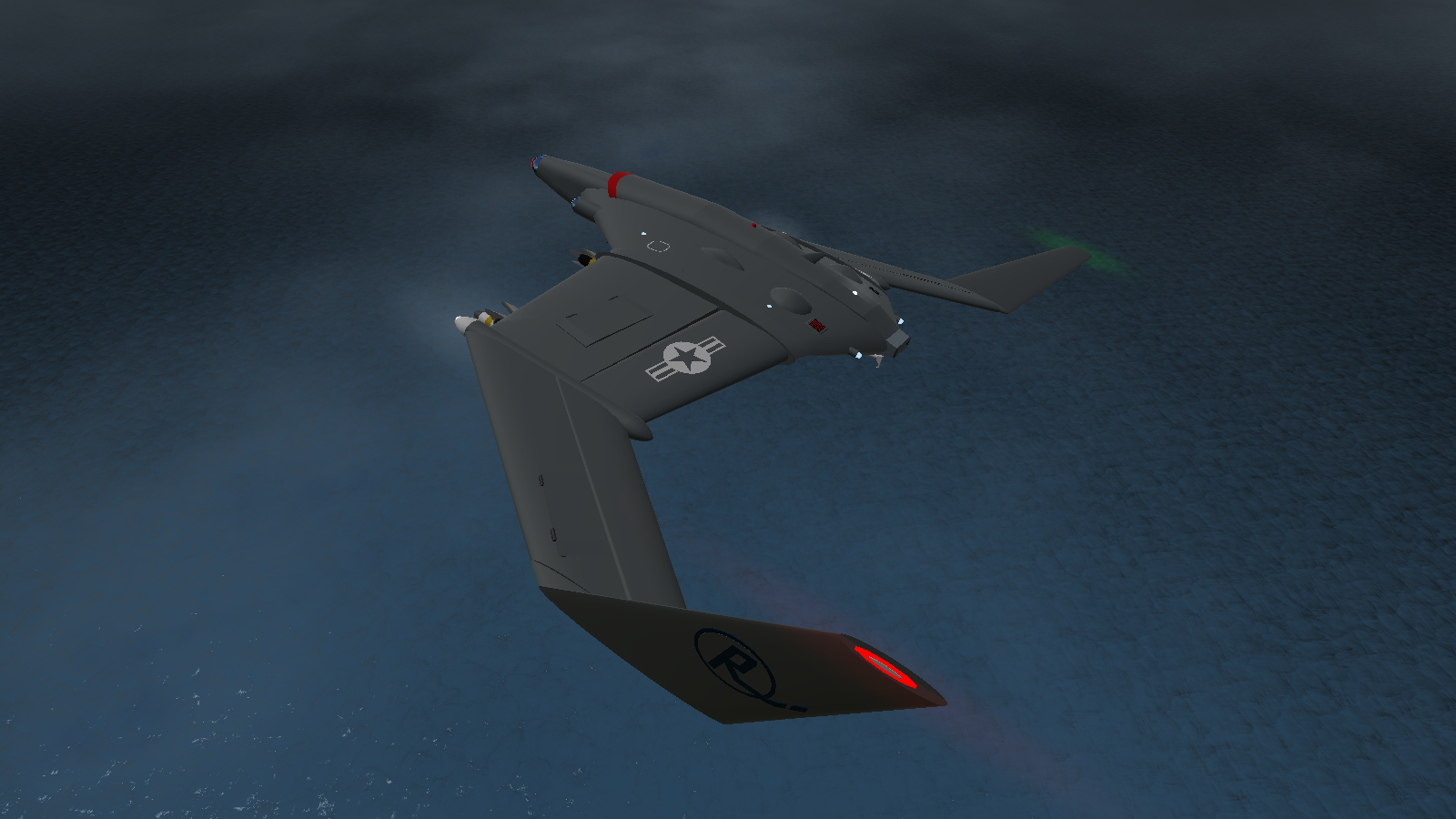 The MQ-125A Ghost is a stealthy, 5th generation, carrier-borne, mid-to-short ranged UCAV that is designed to bring light-attack close air support capabilities to the carrier flight deck. The MQ-125A features an advanced AI guidance system known as "Pixy", that is coupled with a powerful FLIR imaging & targeting turret on the nose, as well as an optical imaging & targeting pod on the left side of the aircraft. The UCAV features multiple sensors around the airframe for Pixy to utilize for controlling the aircraft, or for the remote pilot operator. The airframe has both ultrasonic, radar, optical, and IR sensors. The MQ-125A also employs a small center-line weapons bay that can carry x2 AGM-114 Hellfire missiles or x2 Mark 82 Snake Eye gravity bombs. For carrier operations, the wings can fold, and it employs a arresting tailhook & catapult launch bar. The side-arm of the UCAV is a General Electric 20mm M61 Vulcan Gatling gun with 250 rounds, and a slowed rate of fire, optimized for air-to-ground strafing runs. The MQ-125A's primary "weapon of choice" is the AGM-114 Hellfire missile, as it can carry a large quantity of them. Using it's advanced targeting capabilities, the MQ-125A can fire multiple AGM-114's in quick succession, and with a wide angle of fire. However, this capability has been nerfed as it uses the AGM-114's provided for the competition, as the competition strongly encourages using said provided missiles. An "unleashed" version will be released that utilizes AGM-114's that can take advantage of the MQ-125A's advanced targeting capabilities. 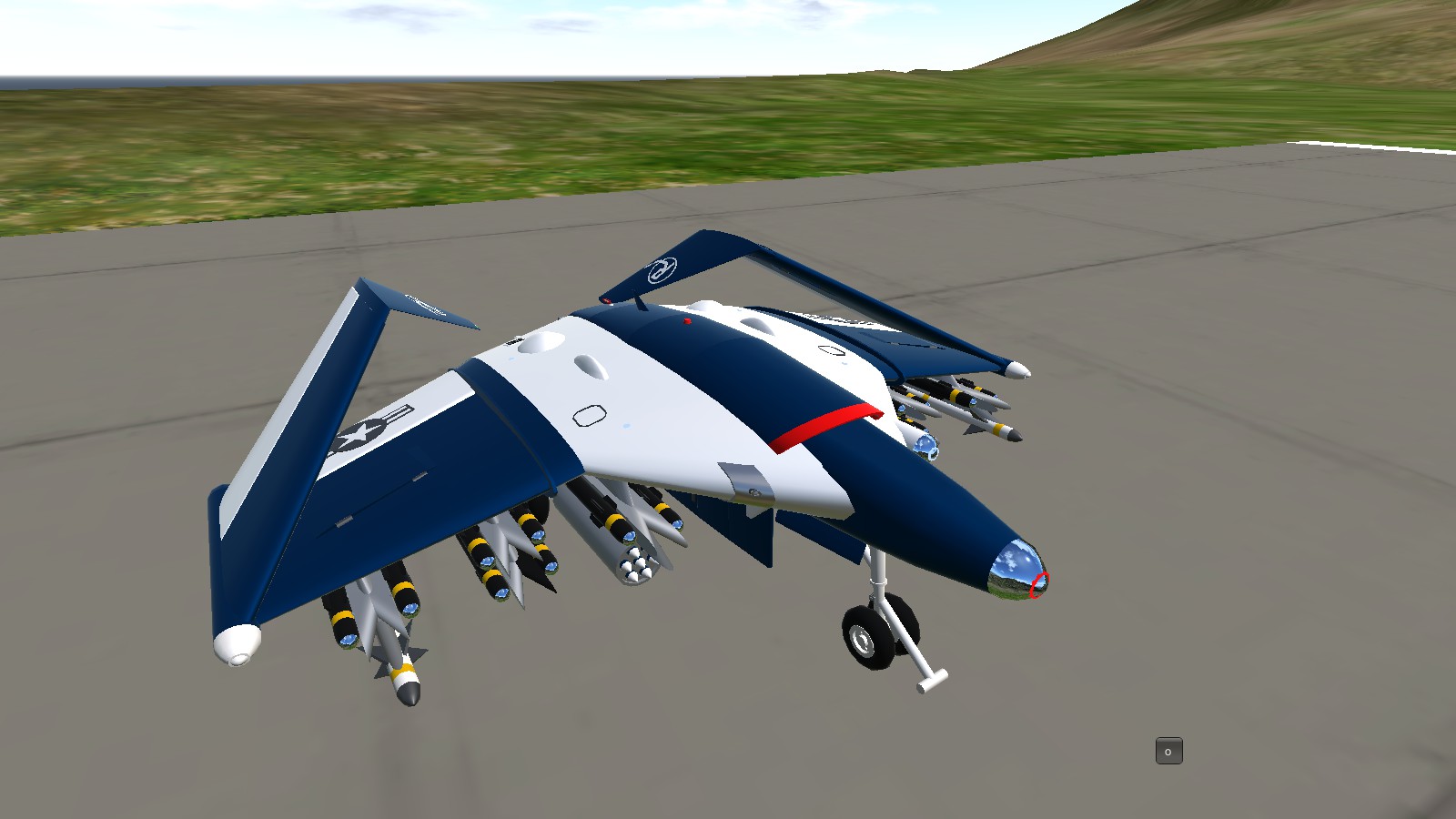 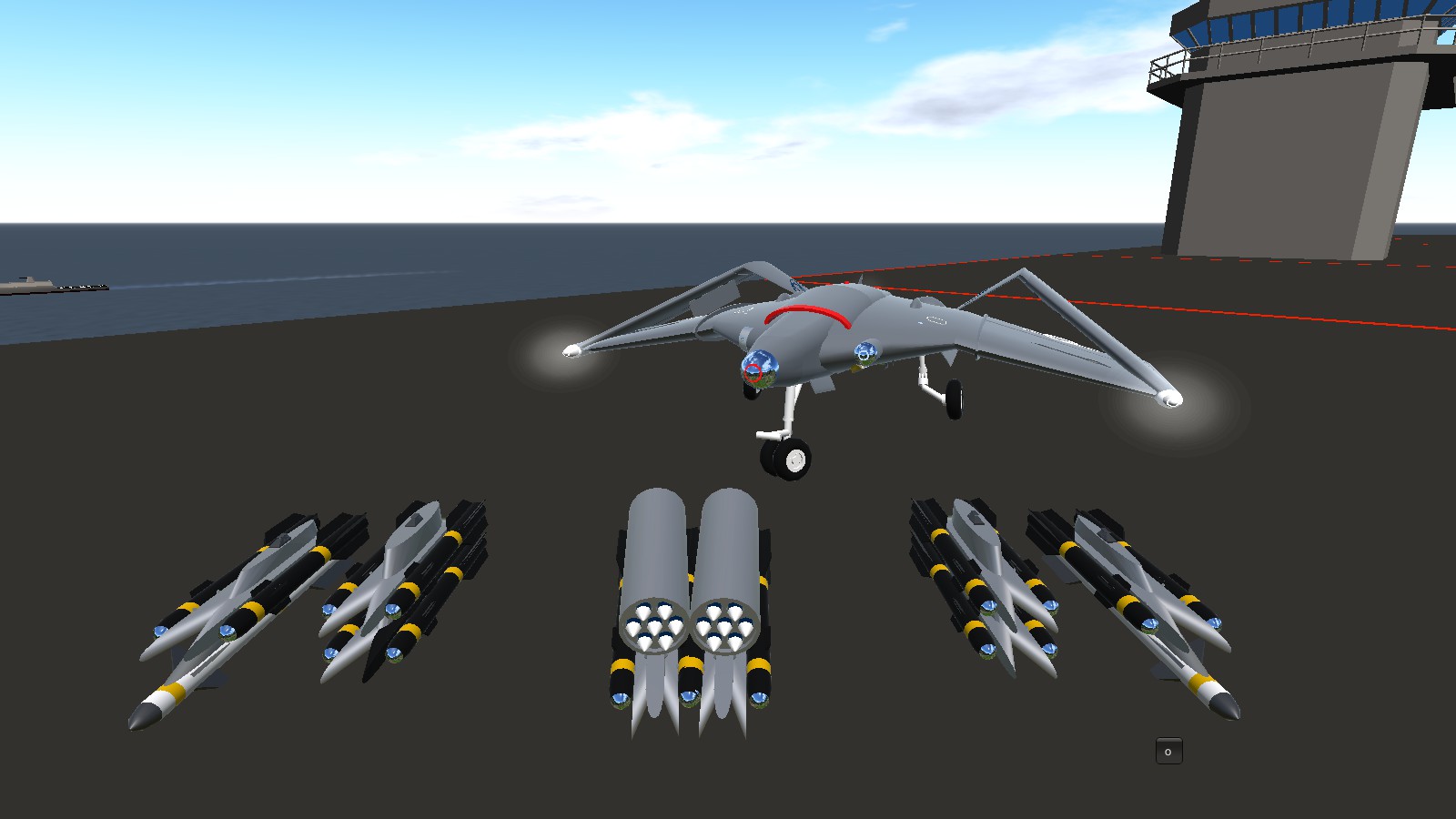 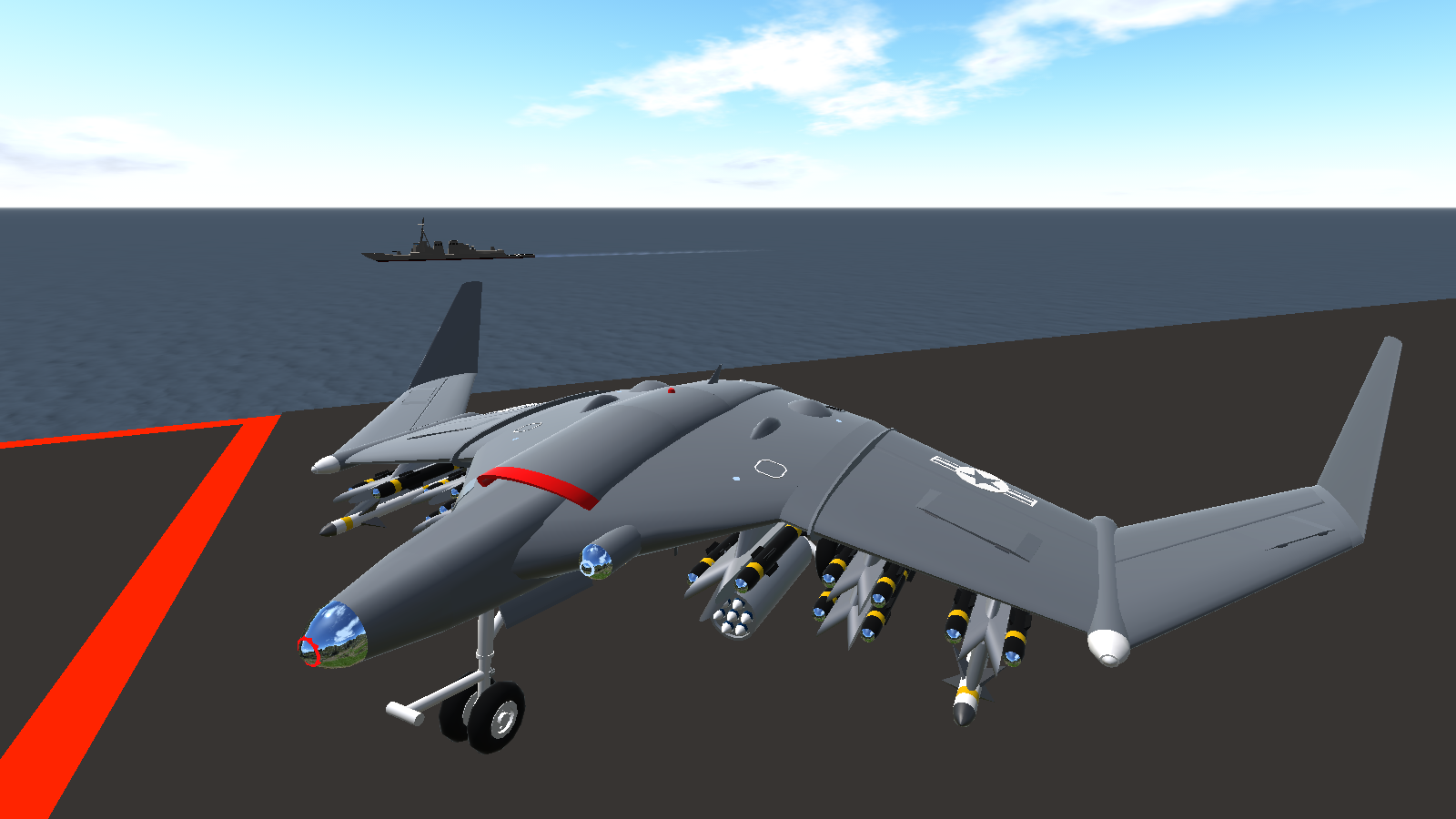 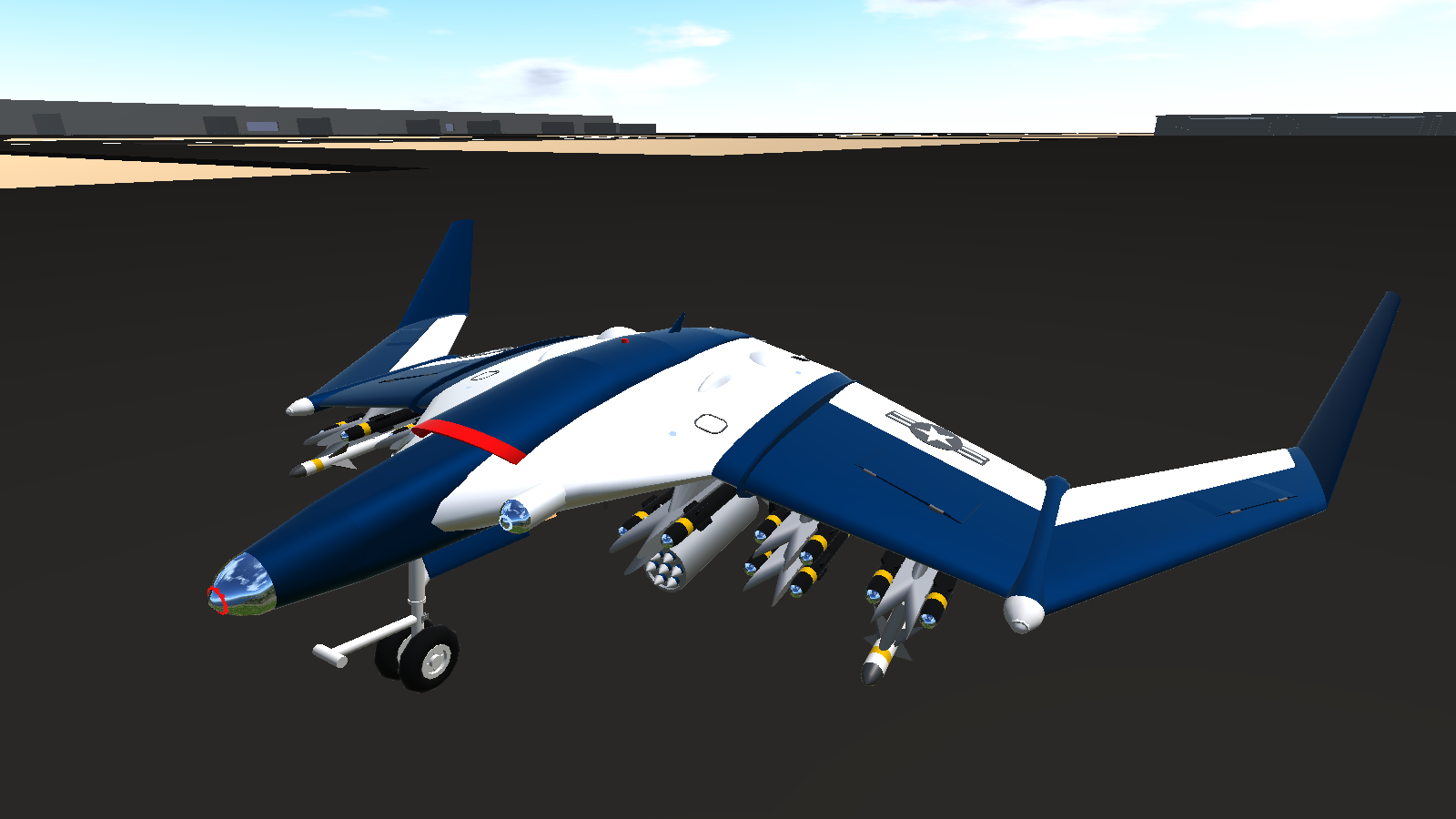 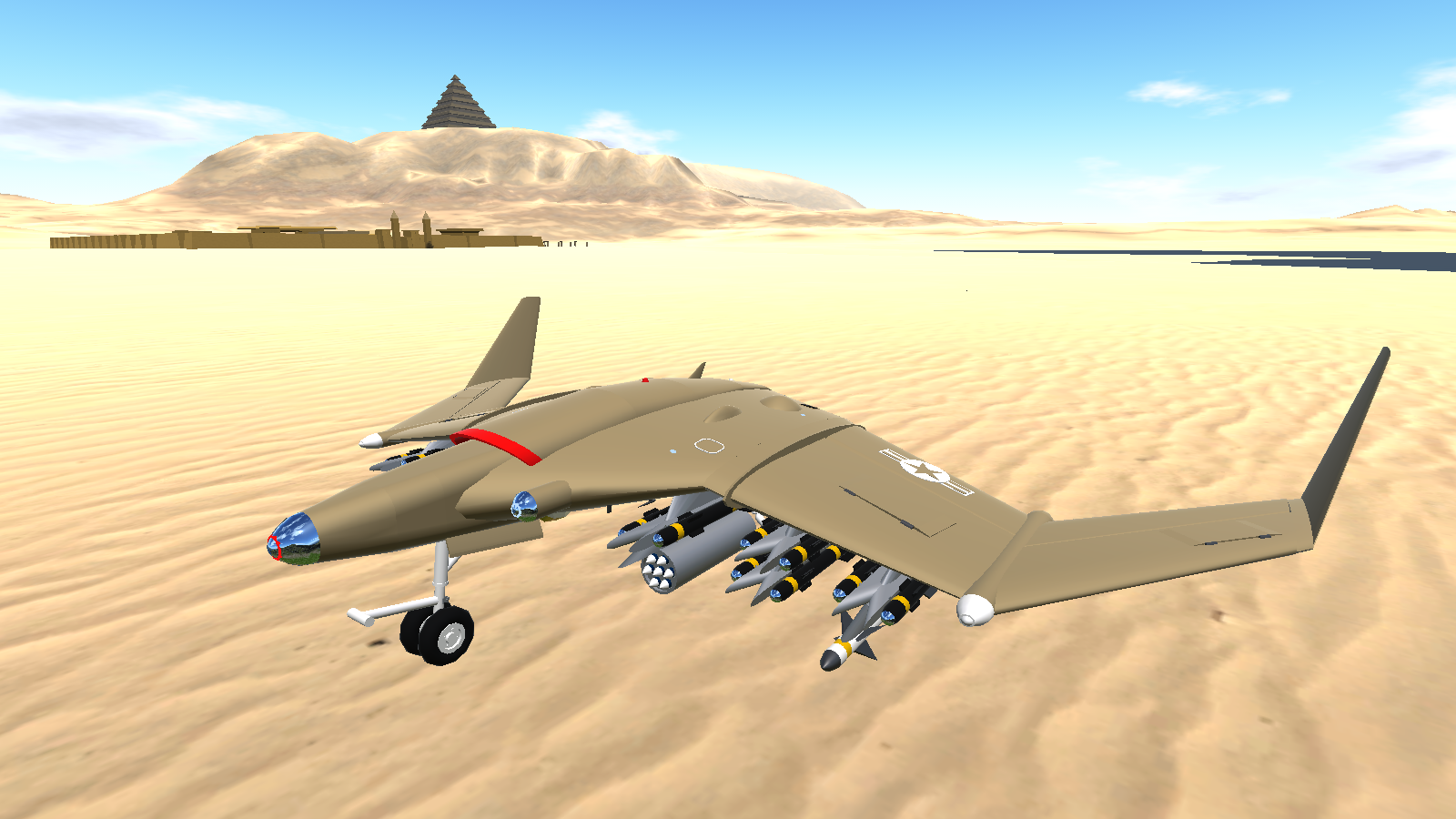 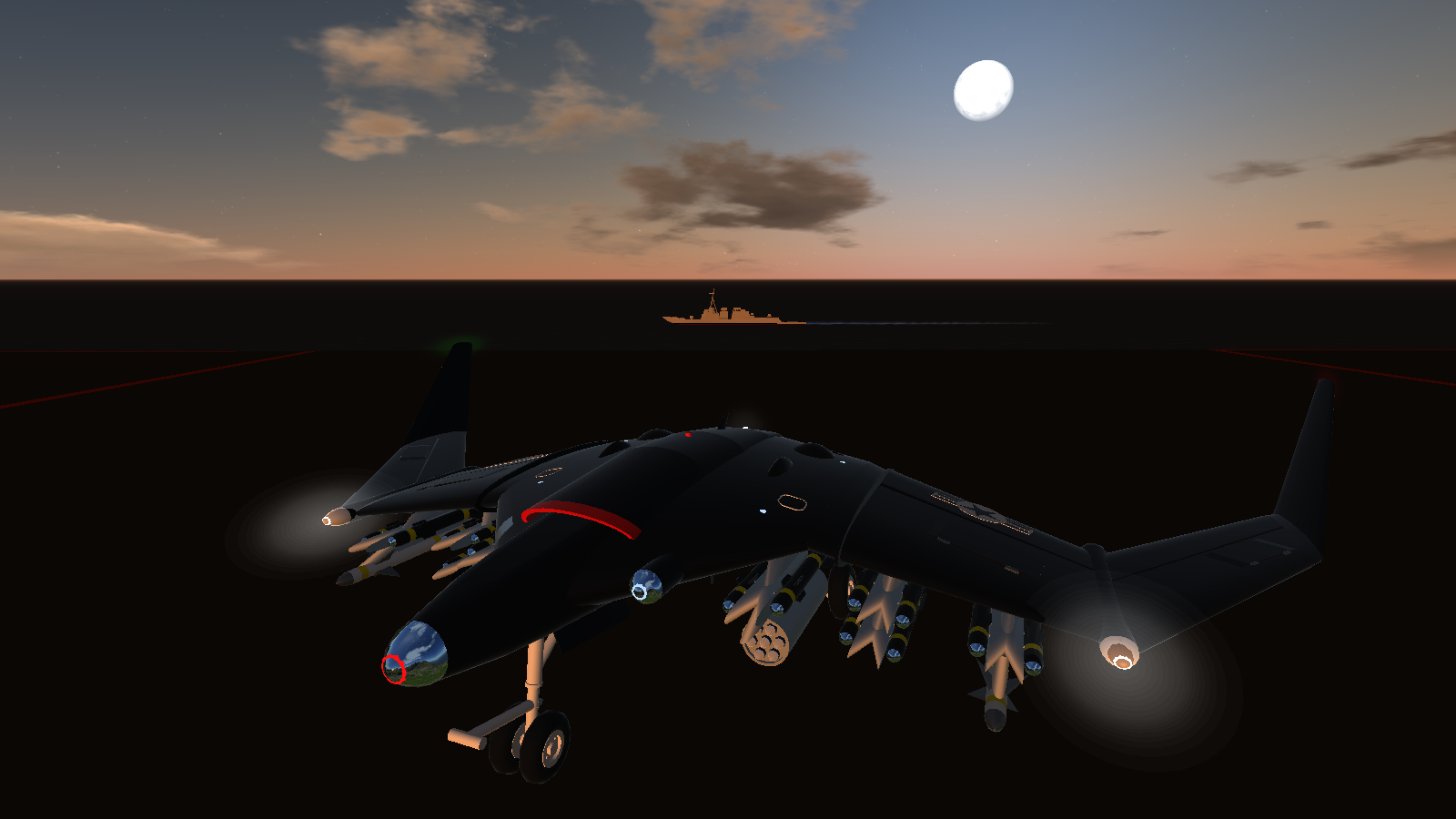 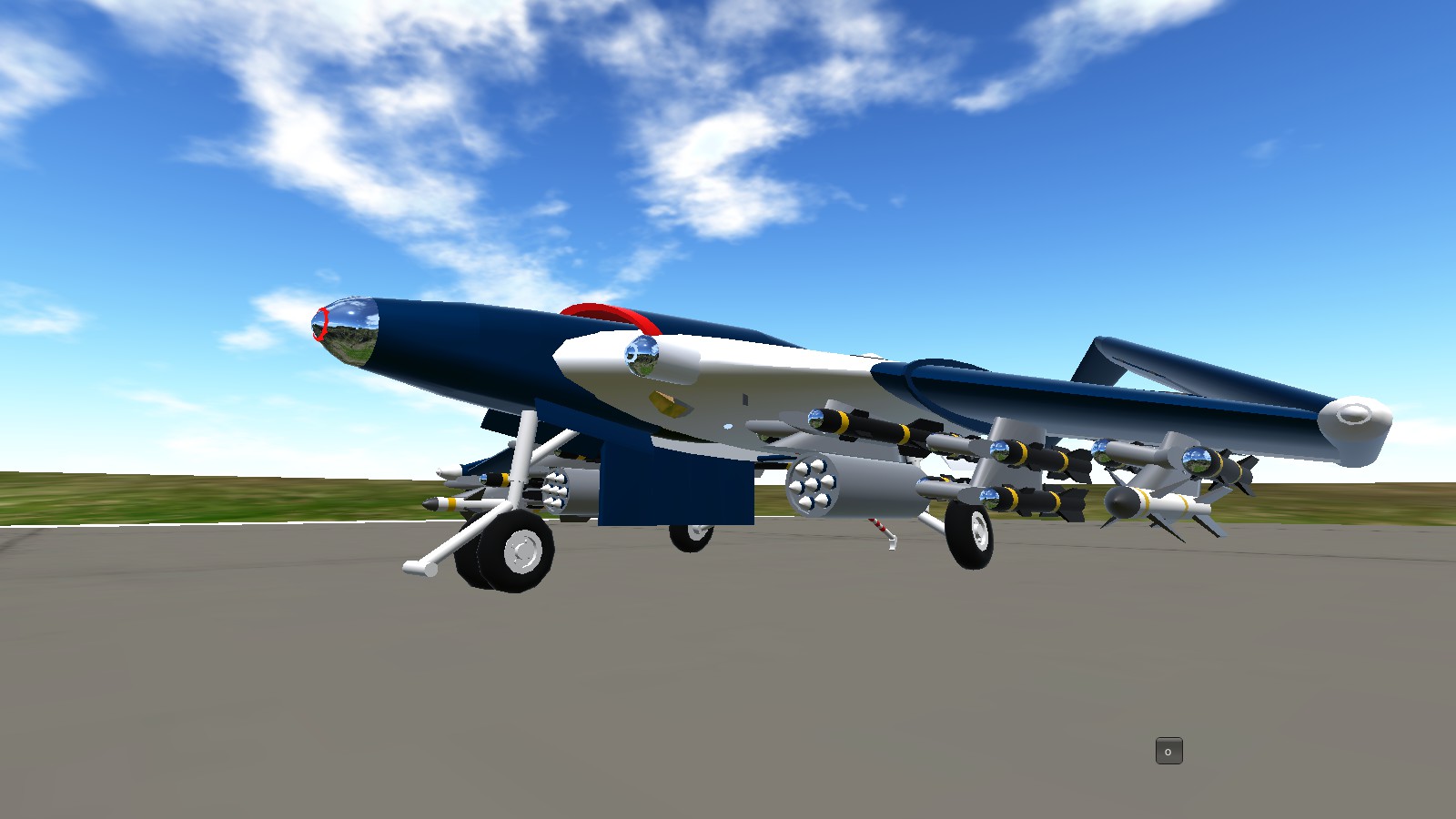 The MQ-125A is the first official serial production model of the Ghost UCAV design. The design itself shares the same body as it's RQ-120 Wisp stablemate. The MQ-125 was initially just a "paper plane" concept; a possible split-off of the RQ-120, once the RQ-120 was to be completed. Ironically, the MQ-125 ended up receiving the highest priority with Rainier's UCAV development division, after the US Navy placed a firm order 2 experimental Ghost UCAV's for testing purposes. The prototype was named "QLX-125 Ghost", L meaning "laser", since the prototype employs a high-powered laser turret. The 1st QLX-125 prototype flew in early 2019, and after multiple successful test flights, including carrier trials, the US Navy ordered 1 more Ghost, making the total 3. Rainier Aerospace themselves also placed an order for 2 QLX-125 Ghosts as well, and later, the final customer for the experimental UCAV, DARPA, placed an order for 1 QLX-125 as well. The QLX-125 is no longer available for orders since the MQ-125A has now been developed, but there will be a total of 6 QLX-125 Ghost prototypes. Prototypes 1, 2, and 4, are meant for the US Navy, while 3 & 5 are for Rainier Aerospace, and the last prototype, 6, is going to DARPA for classified tests. Rainer's 3rd prototype sported a company livery, and was the first Ghost to receive larger winglets for better yaw-stability, since the Ghost design naturally has poor yaw stability, since it's a flying wing design. After the 3rd QLX-125 prototype was completed, the manufacturing process greatly improved to where Ghost airframes could be completed much quicker, and the remaining prototypes are all currently under construction, while the first 3 are all complete and performing test flight missions with the US Navy and Rainier Aerospace.

A very large contract/competition was launched in the summer of 2019 for close air support attack aircraft, and Rainier decided to bid their Ghost UCAV design. The Ghost recieved priority funding & development to speed up it's development process & transition the design out of the prototype stage and into the serial production stage. It was given the designation "MQ-125A". The MQ-125A received a few major changes that differ from the QLX-125 prototypes; The MQ-125A featured a fully-developed version of the winglet stabilizers that the QLX-125 Prototype #3 pioneered to give it better yaw-stability for air-to-ground strafing runs. The MQ-125's off-the-shelf powerplant was also heavily uprated to give it a much-needed performance boost, so much so that the MQ-125A is capable of transonic flight in the upper atmosphere. The powerplant is also coupled to a 1D thrust-vectoring, IR-suppressing exhaust that gives the MQ-125A a boost in turning performance, as well as limited-post stall maneuverability. But perhaps the biggest change, is the fact that the MQ-125A has completely abandoned the engine-driven high-powered laser turret system that was the hallmark development of the QLX-125. The competition prohibited laser weaponry, so Rainier Aerospace instead equipped the MQ-125A with a high-powered FLIR imaging & targeting turret, and is a great tool for guiding a swarm of AGM-114 Hellfire missiles, but even this capability was nerfed for competition's sake. The MQ-125A is only capable of firing AIM-9X Sidewinder air-to-air missiles, since it lacks a proper radar to guide the AIM-120 AMRAAM. The MQ-125A also features 8 hardpoints for mounting weapon pylons, although the 2 at the rear of the airframe are strictly for AGM-114's, while the QLX-125 has a single fixed pylon with a telemetry & air data tube for test purposes. 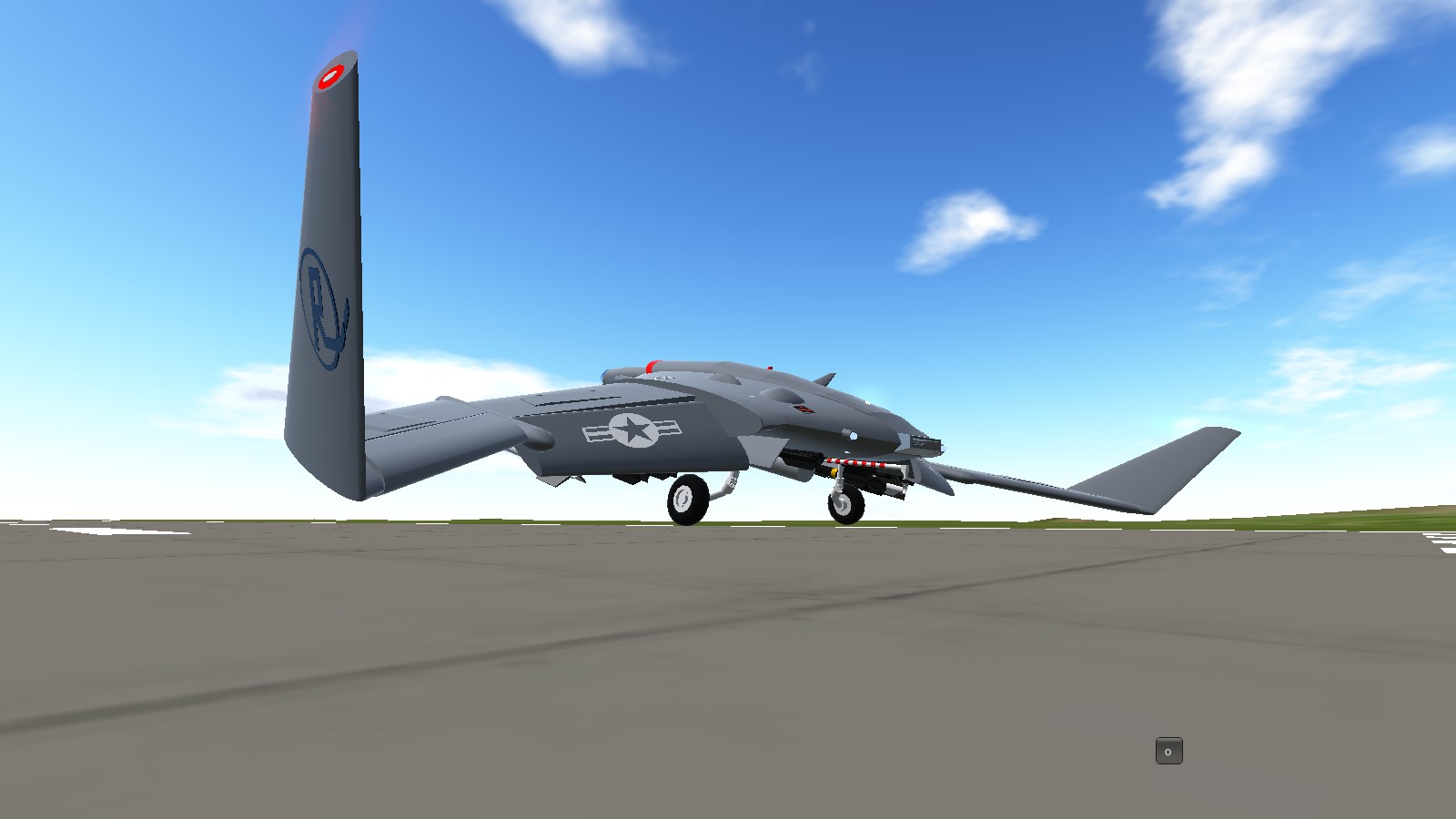 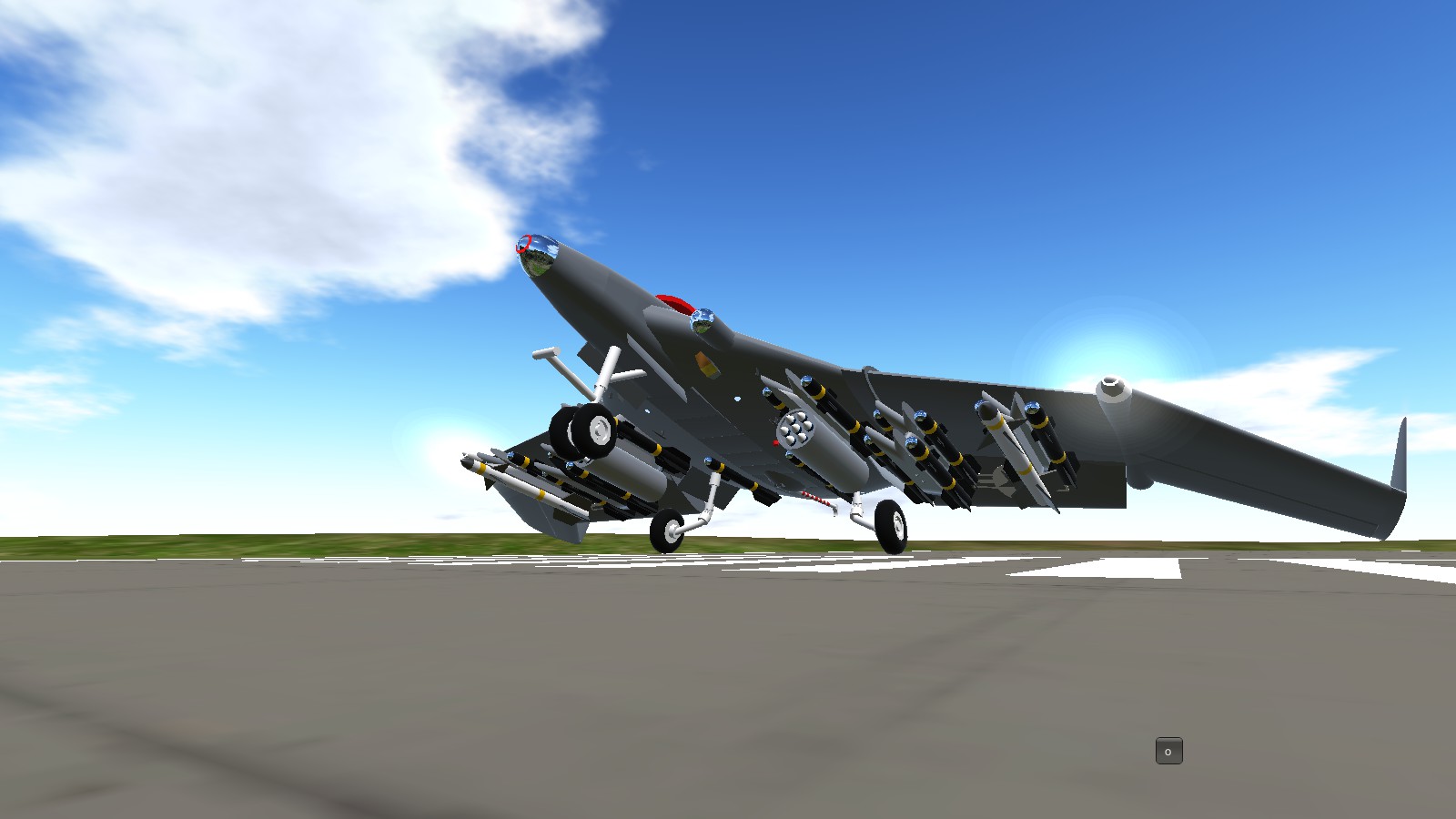 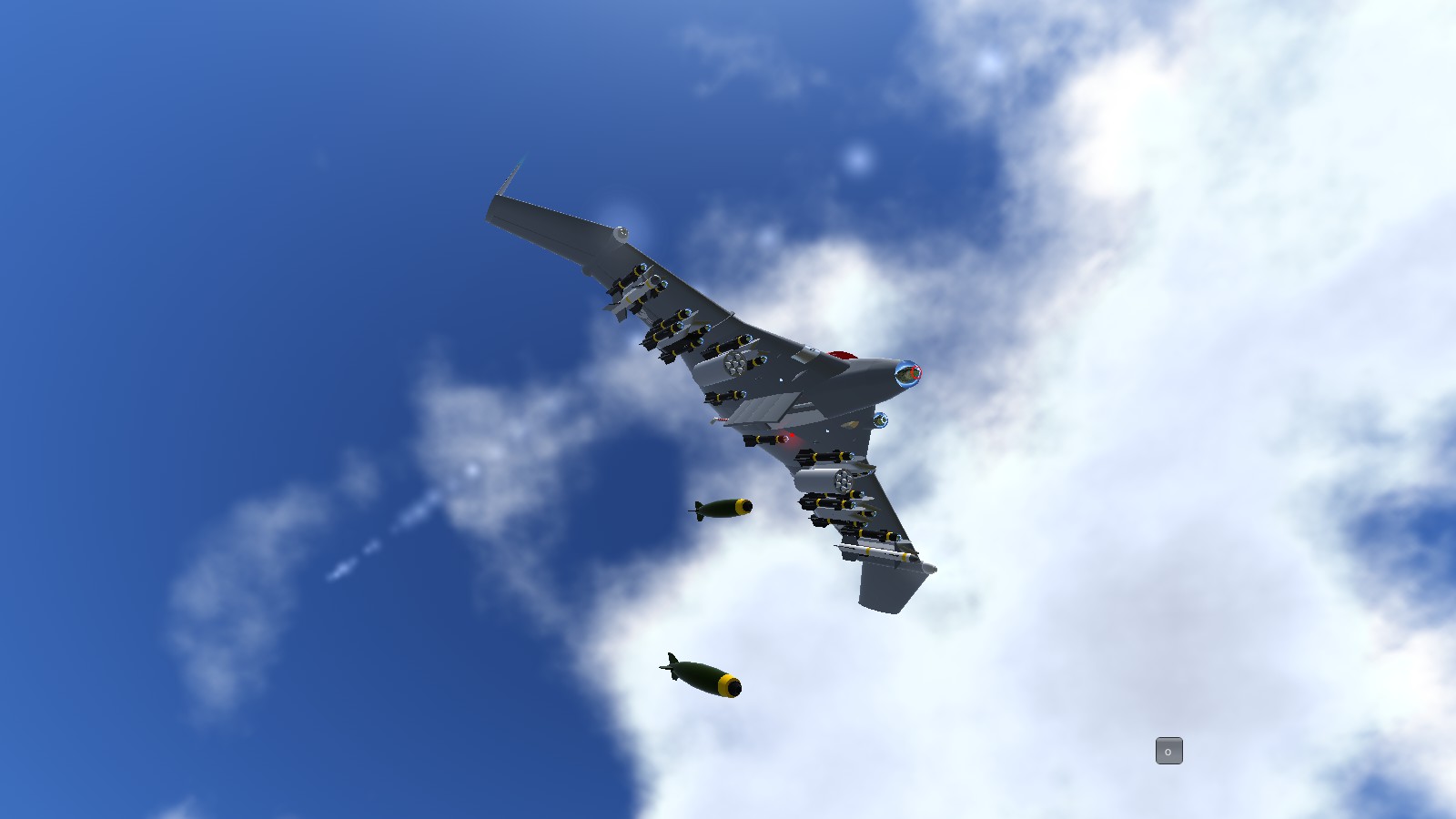 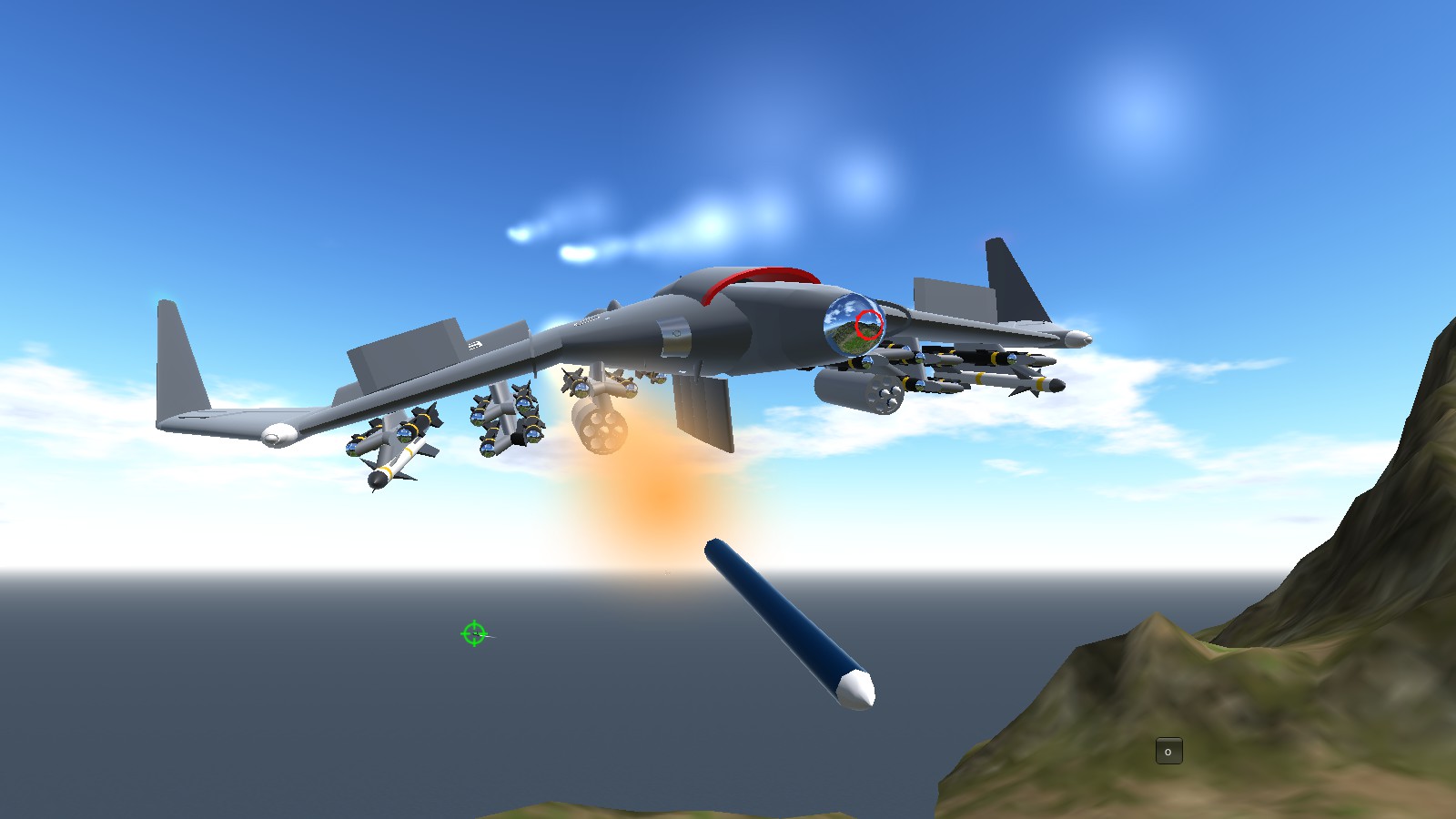 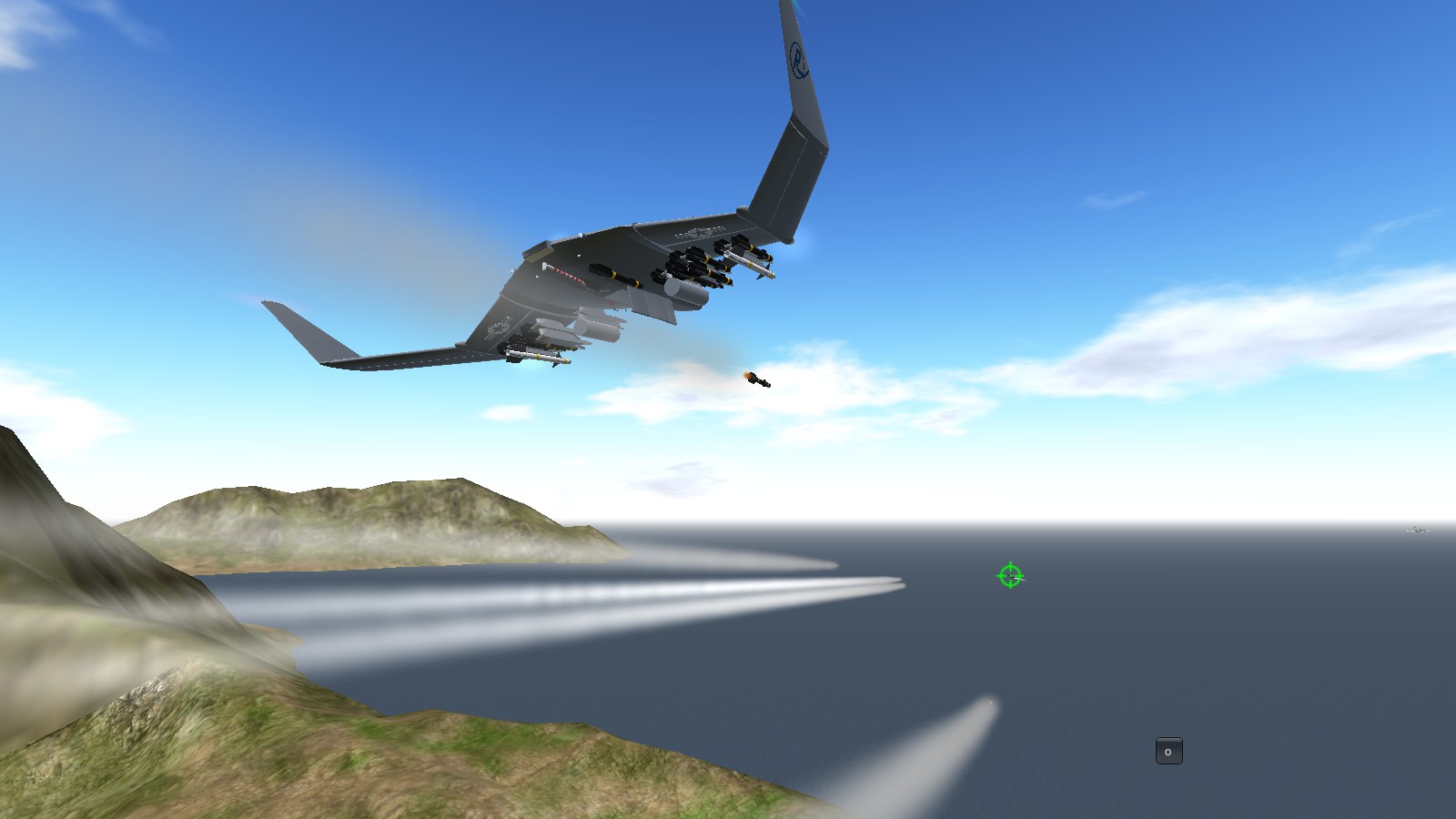 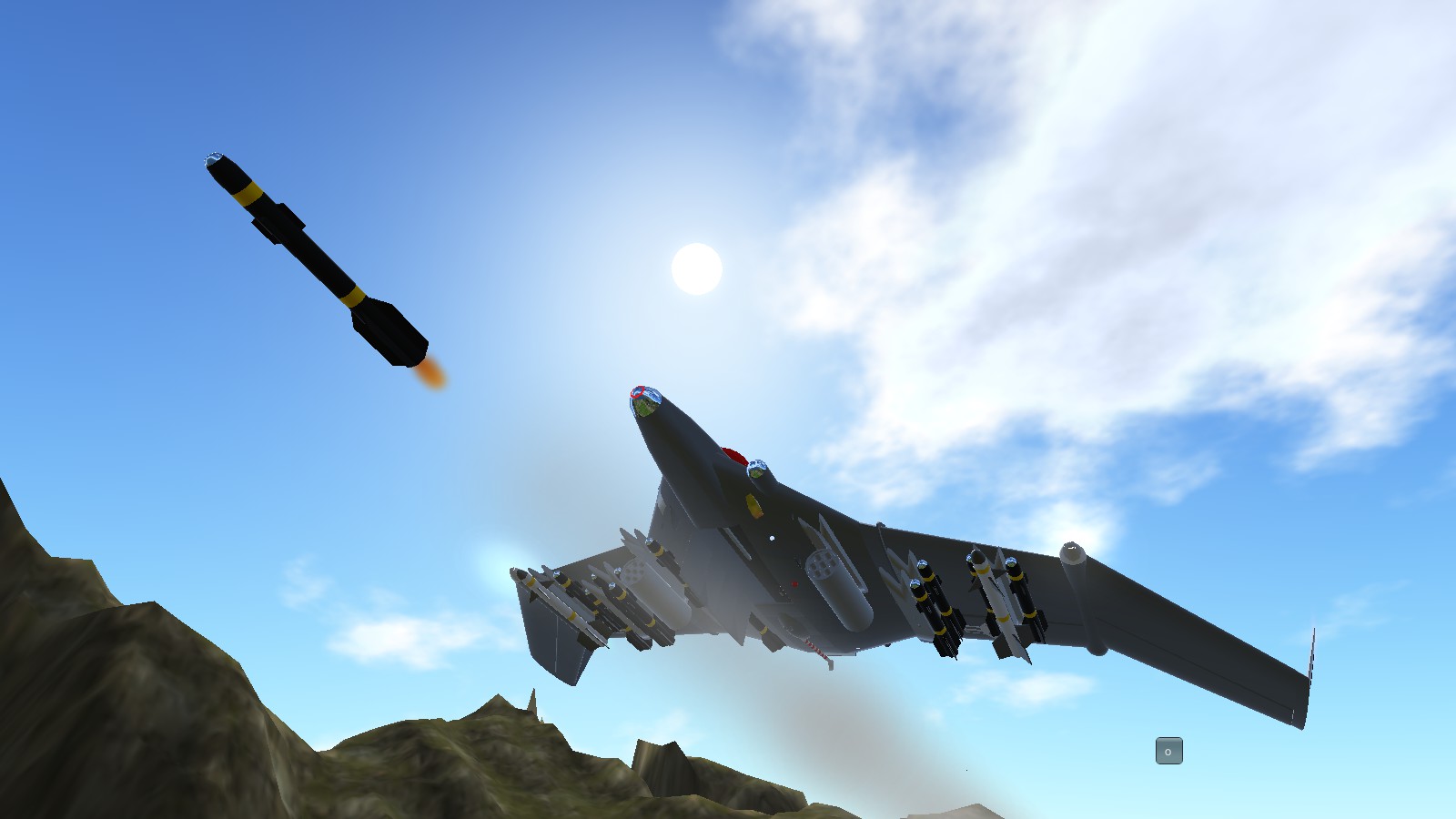 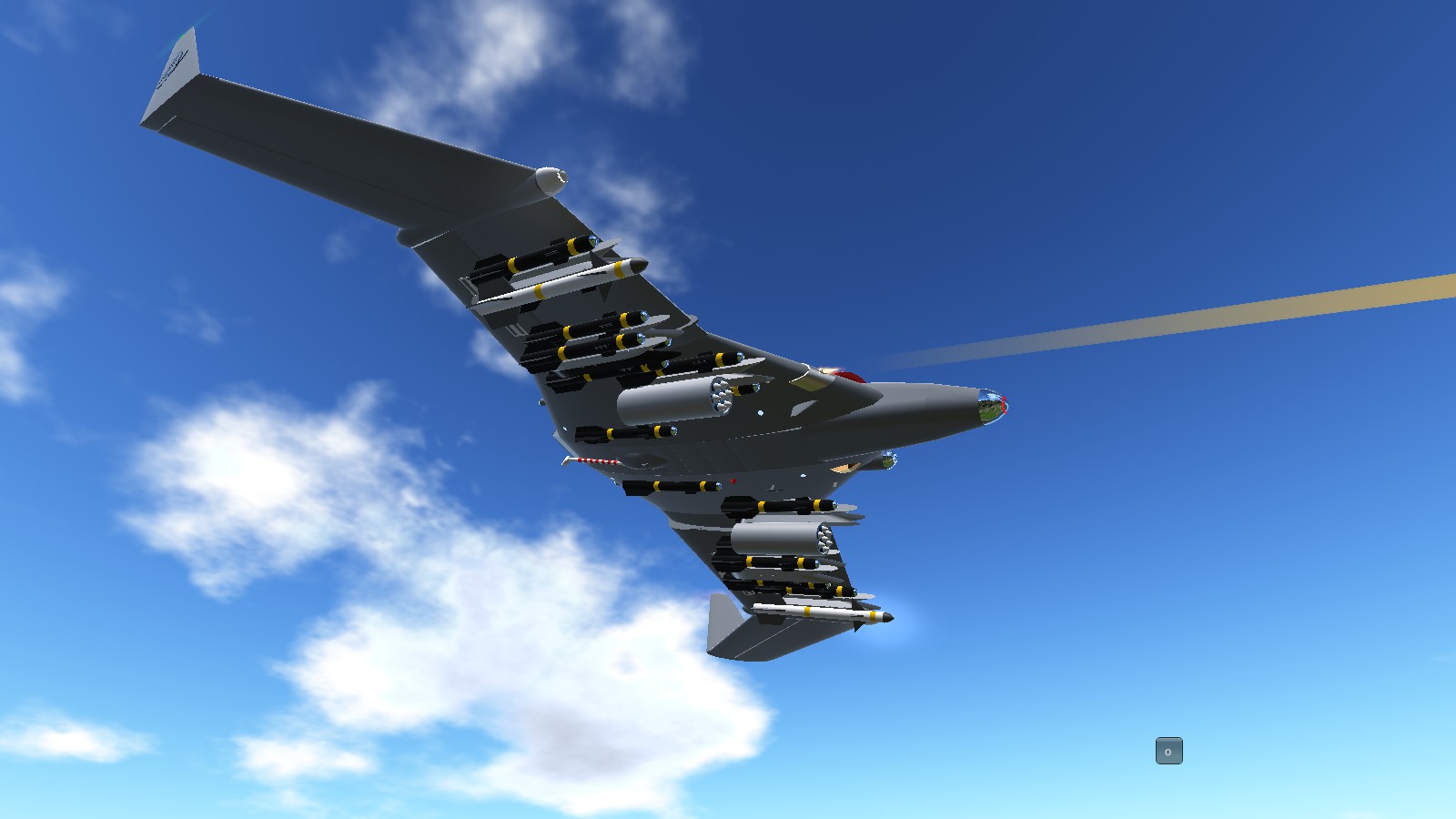 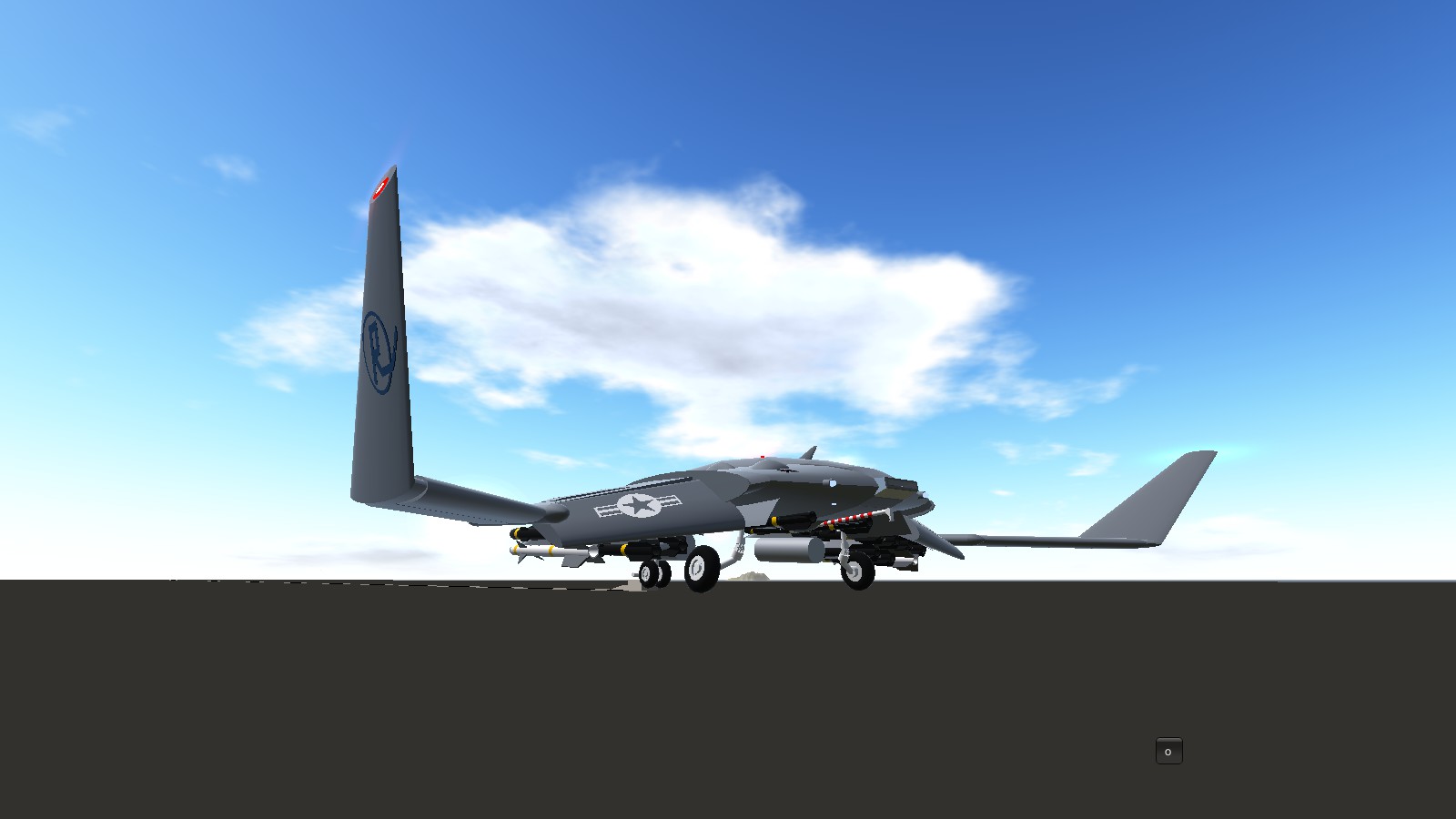 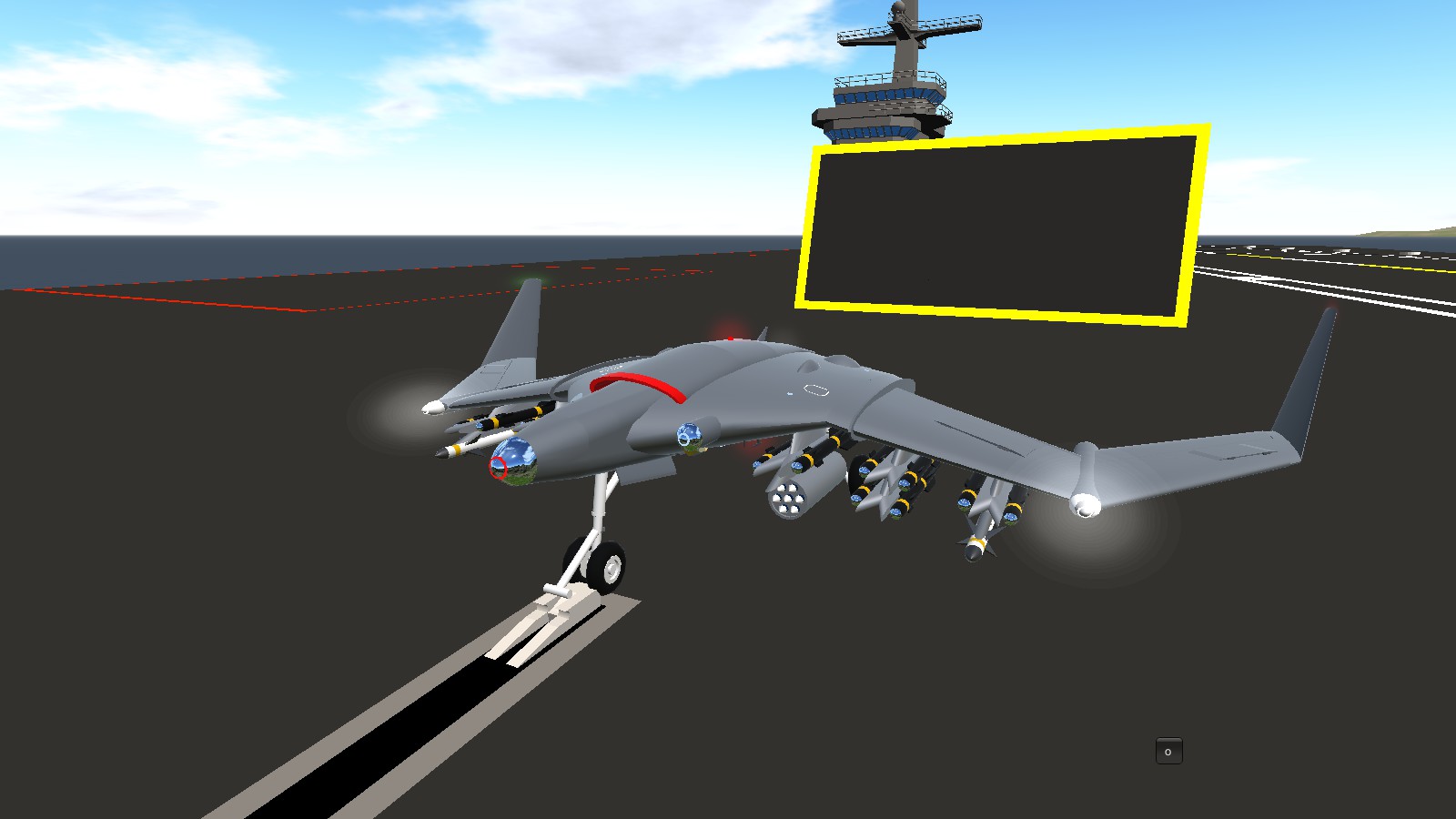 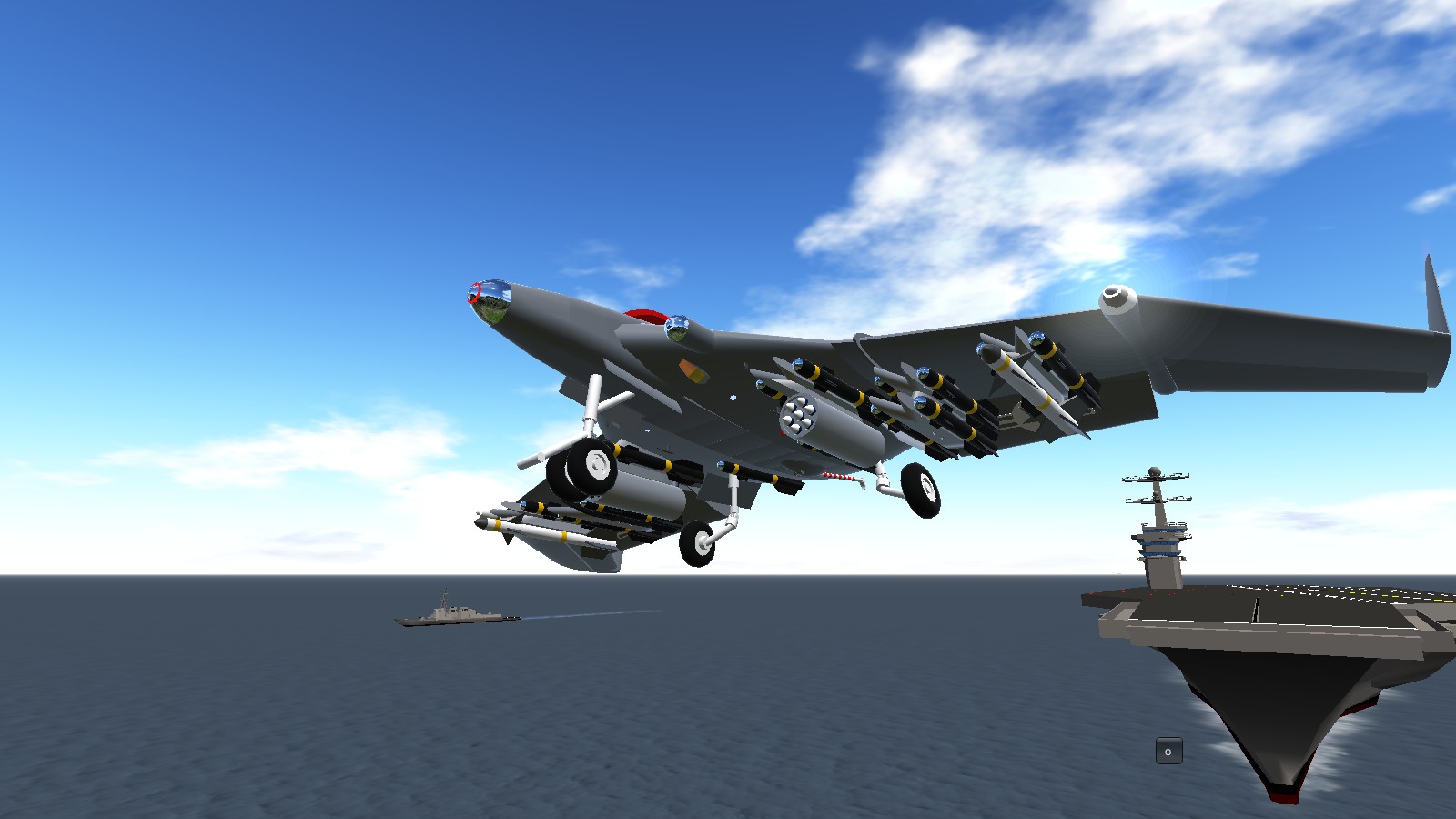 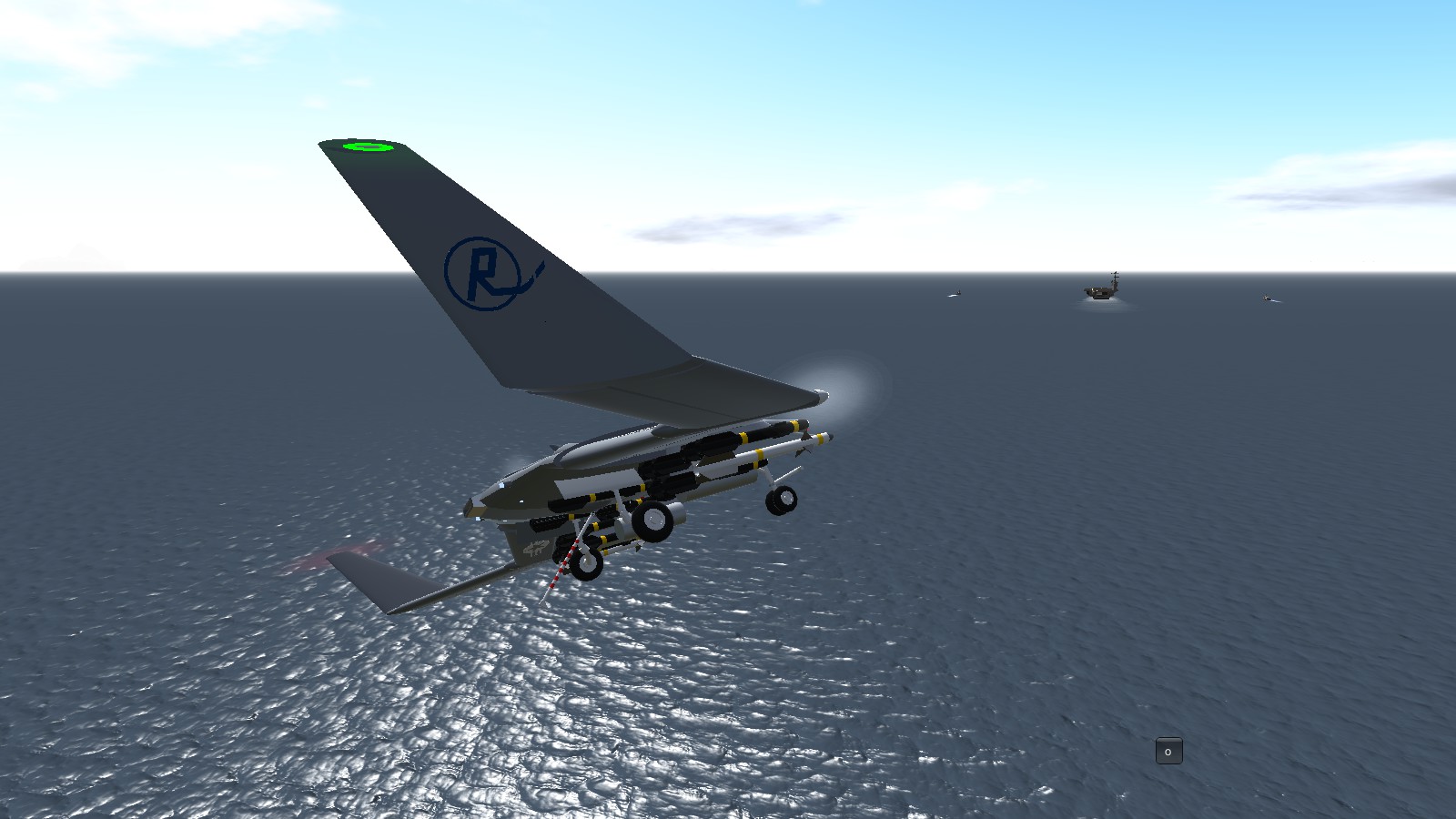 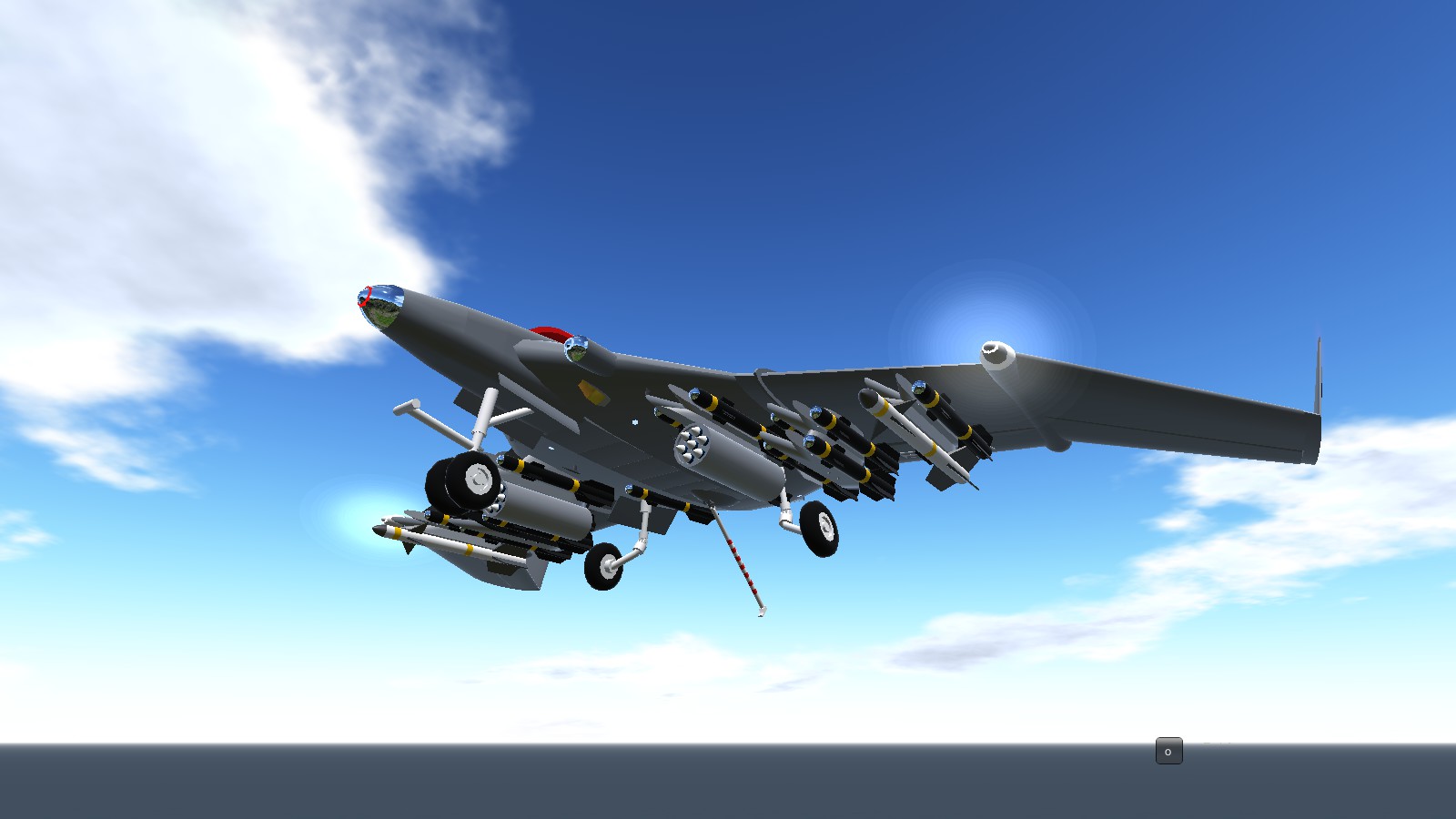 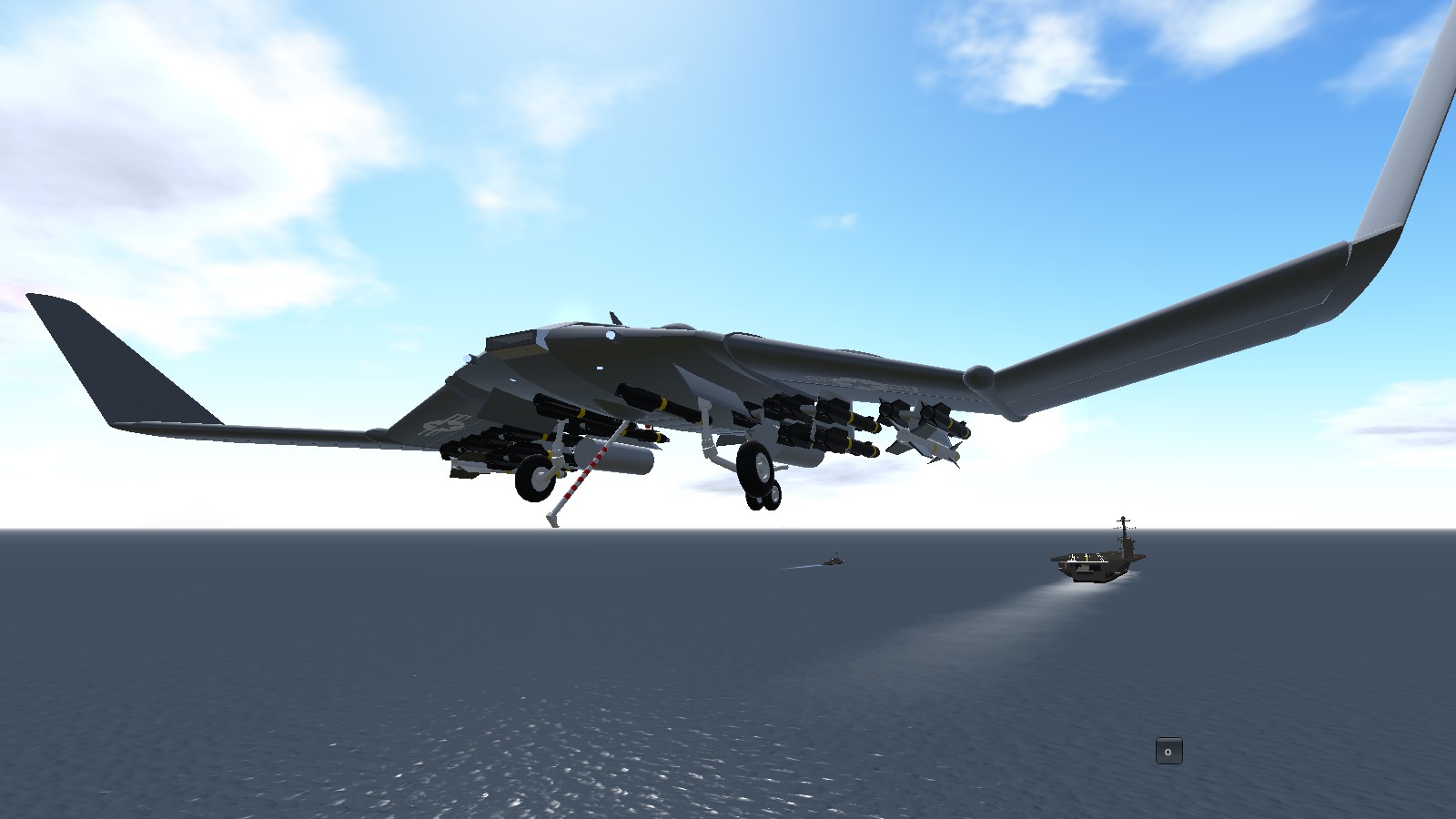 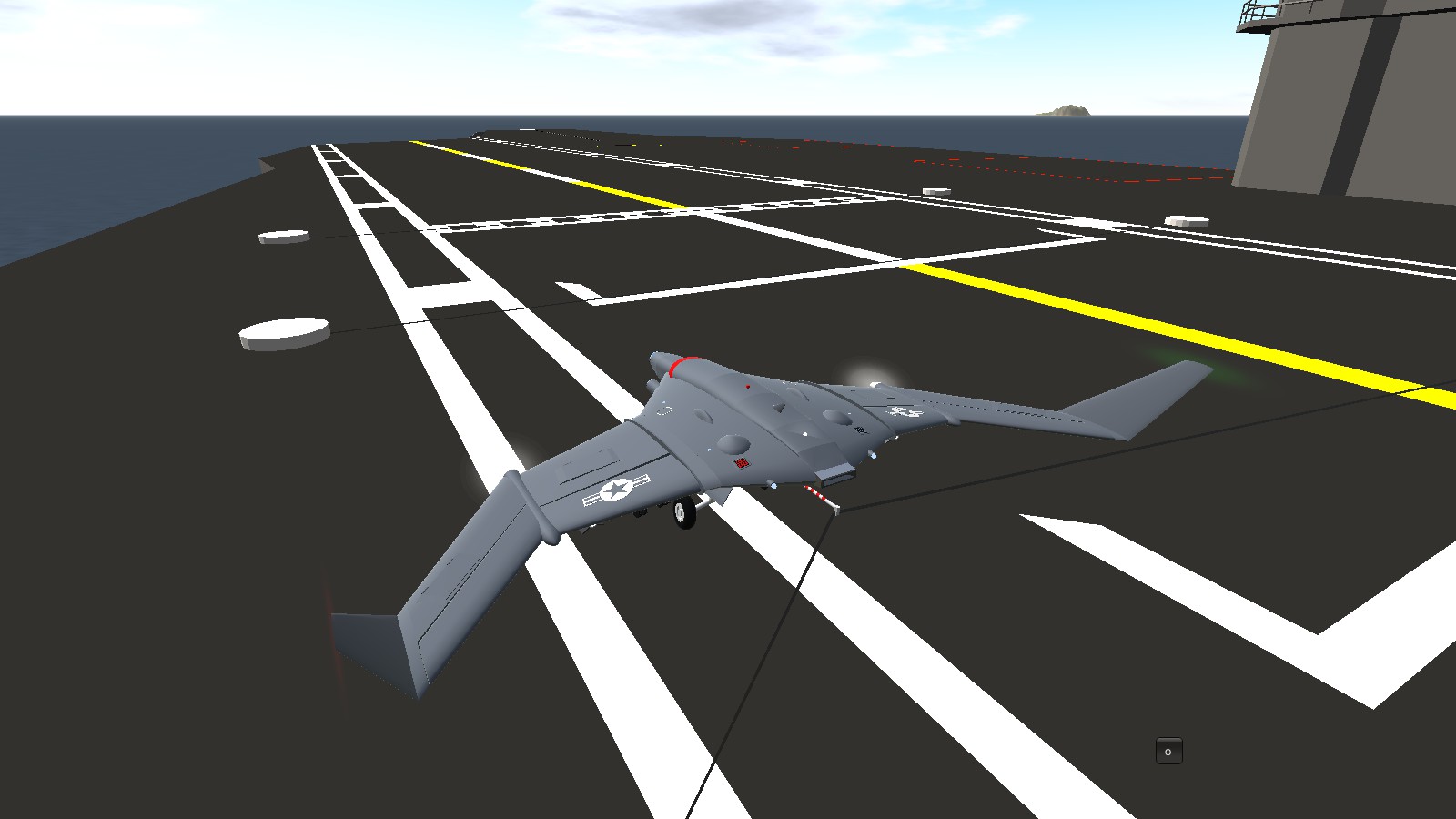 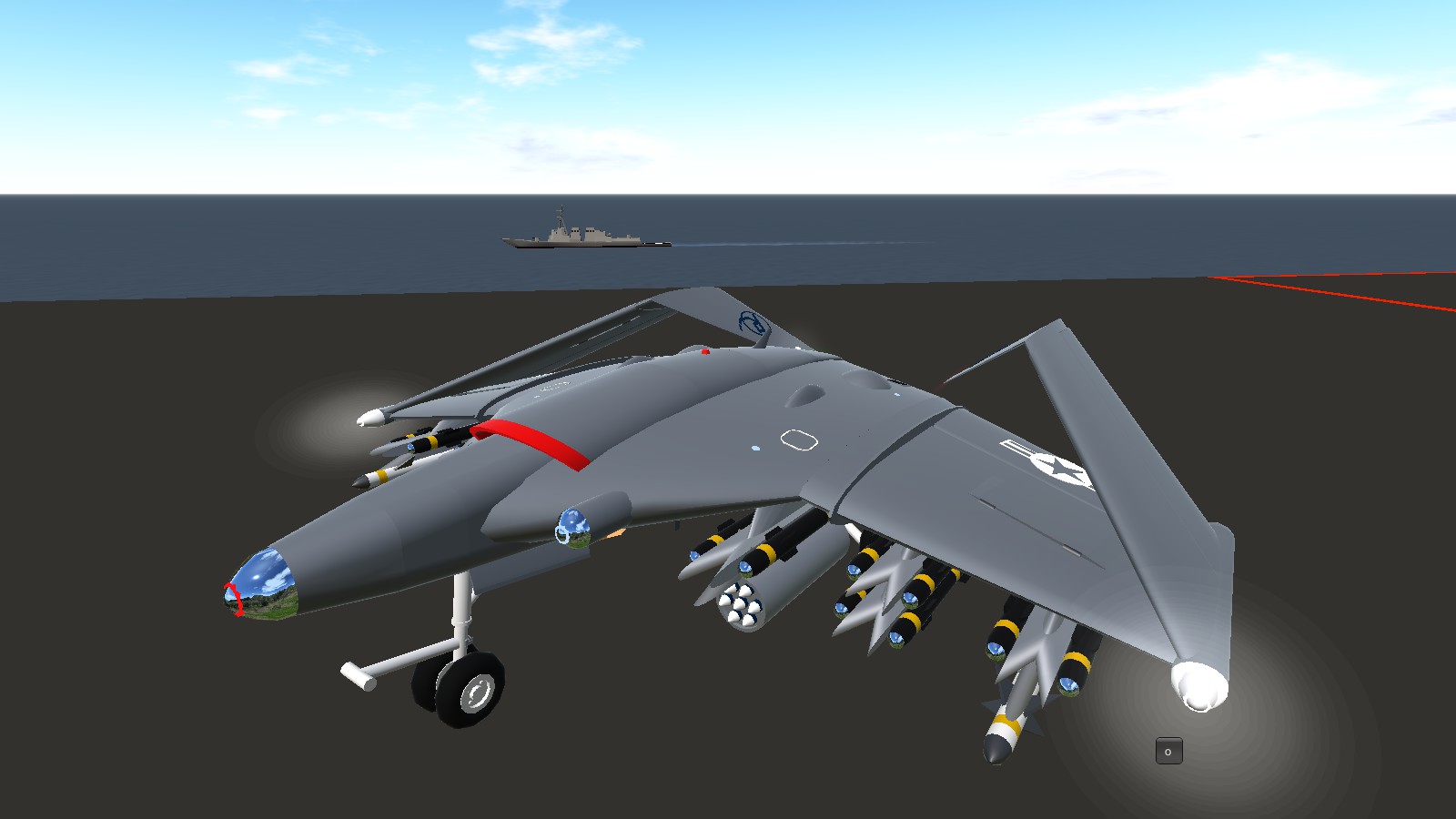 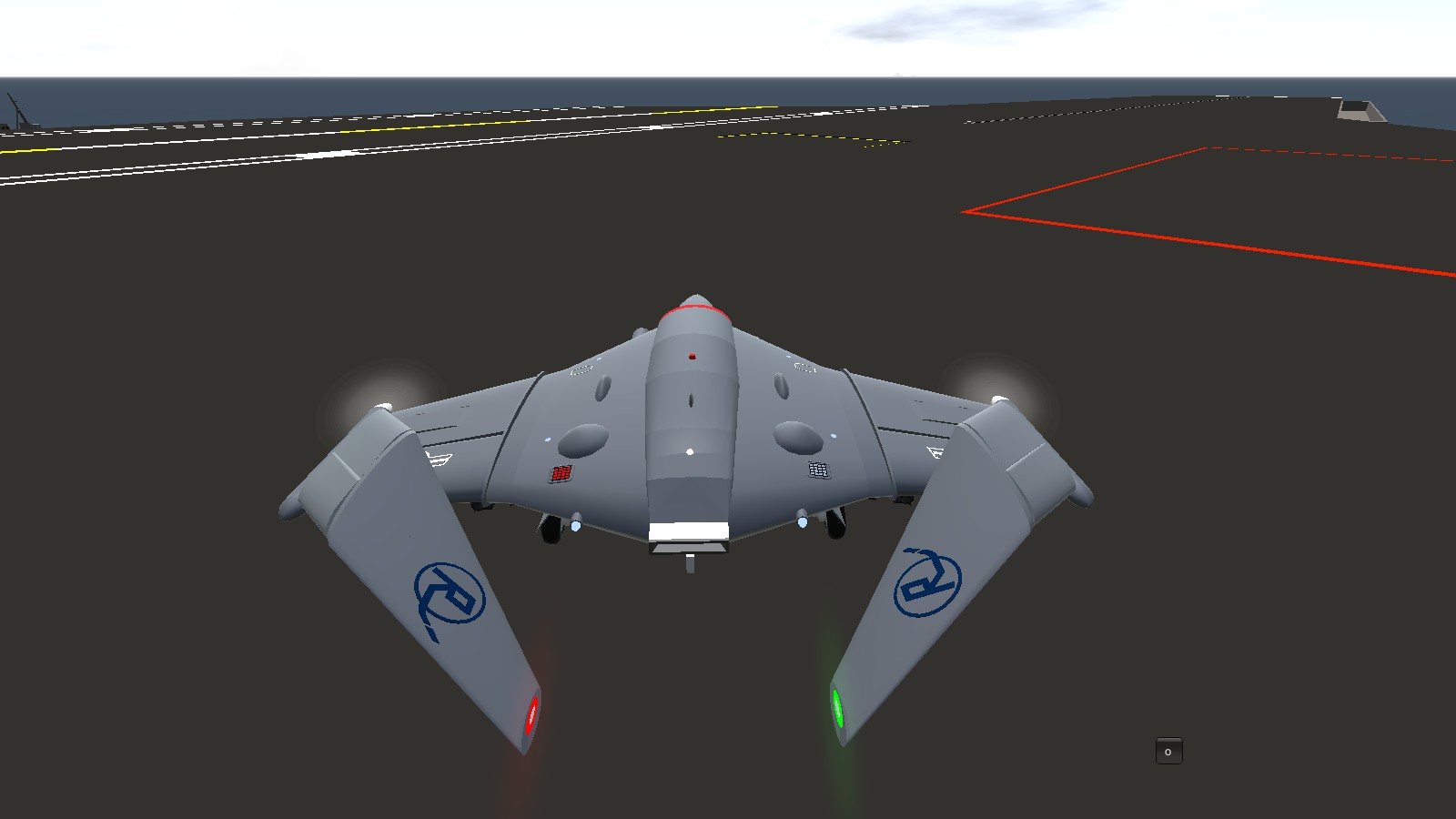 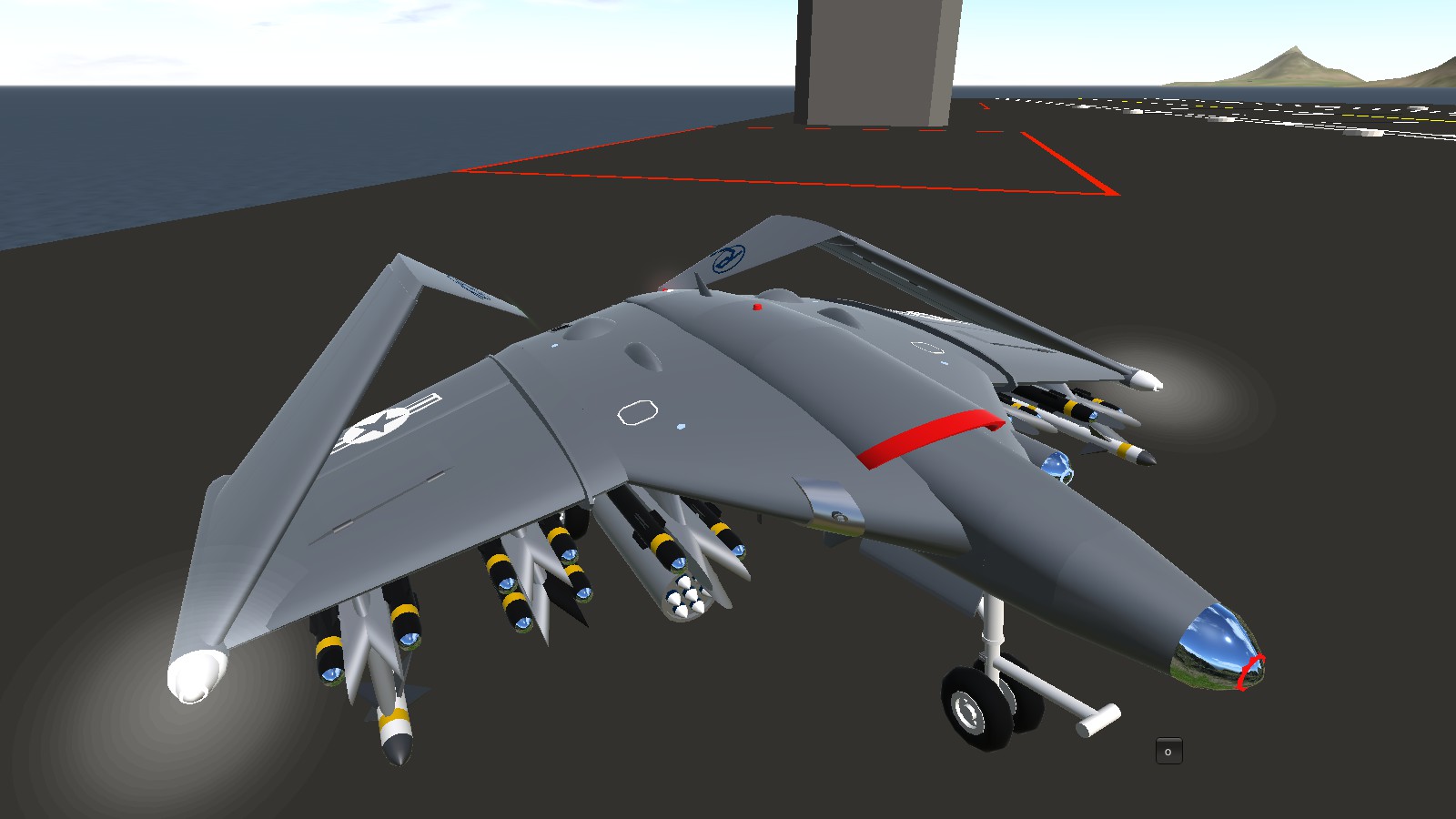 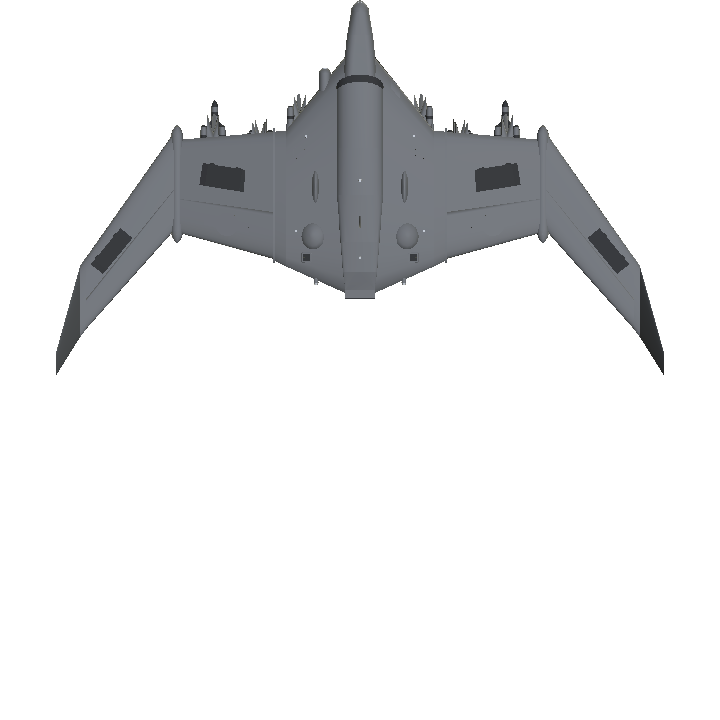 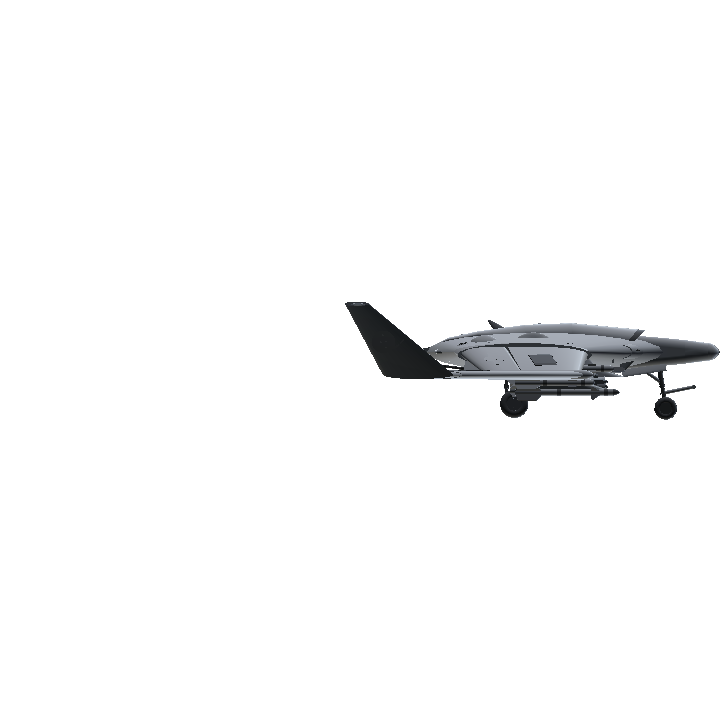 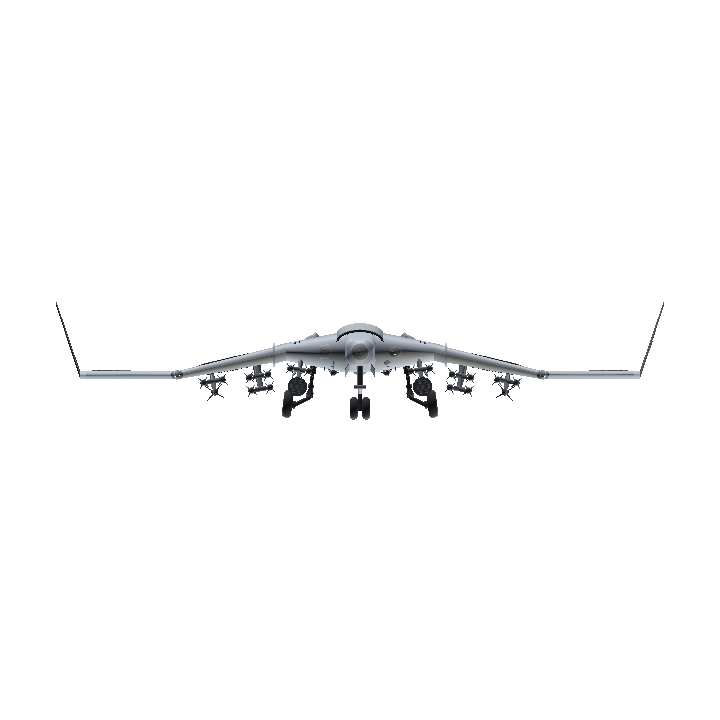