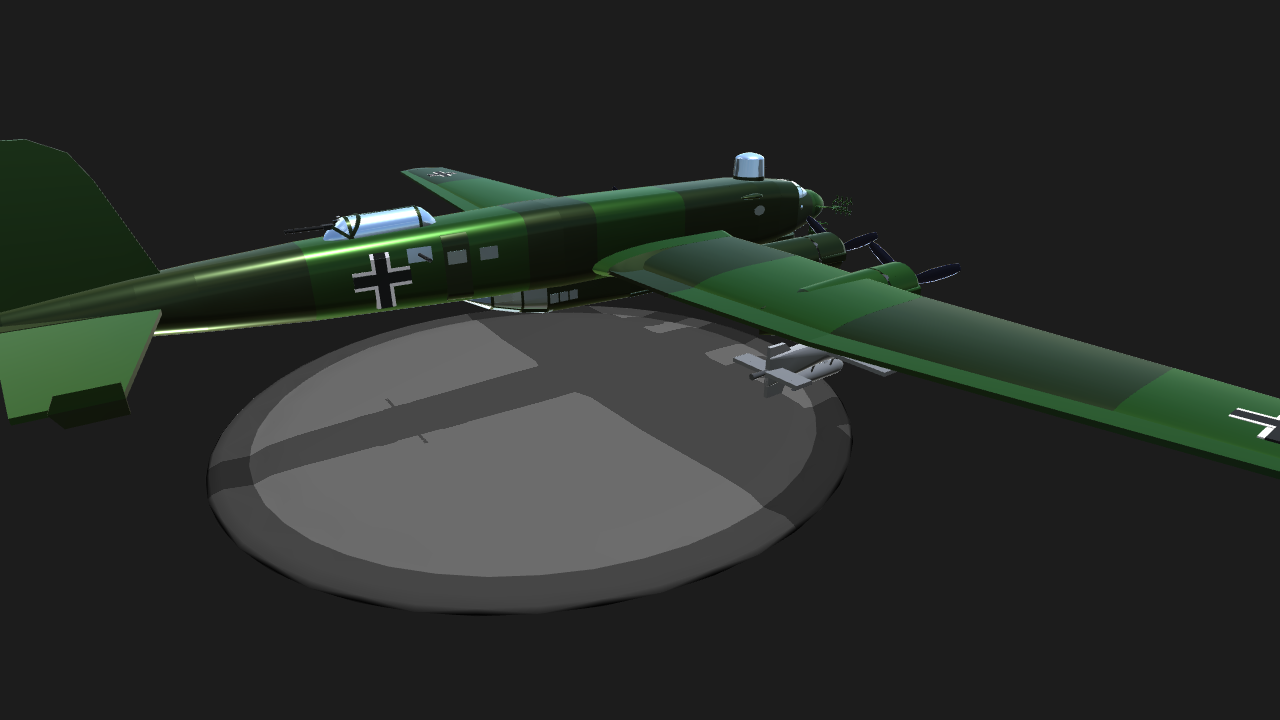 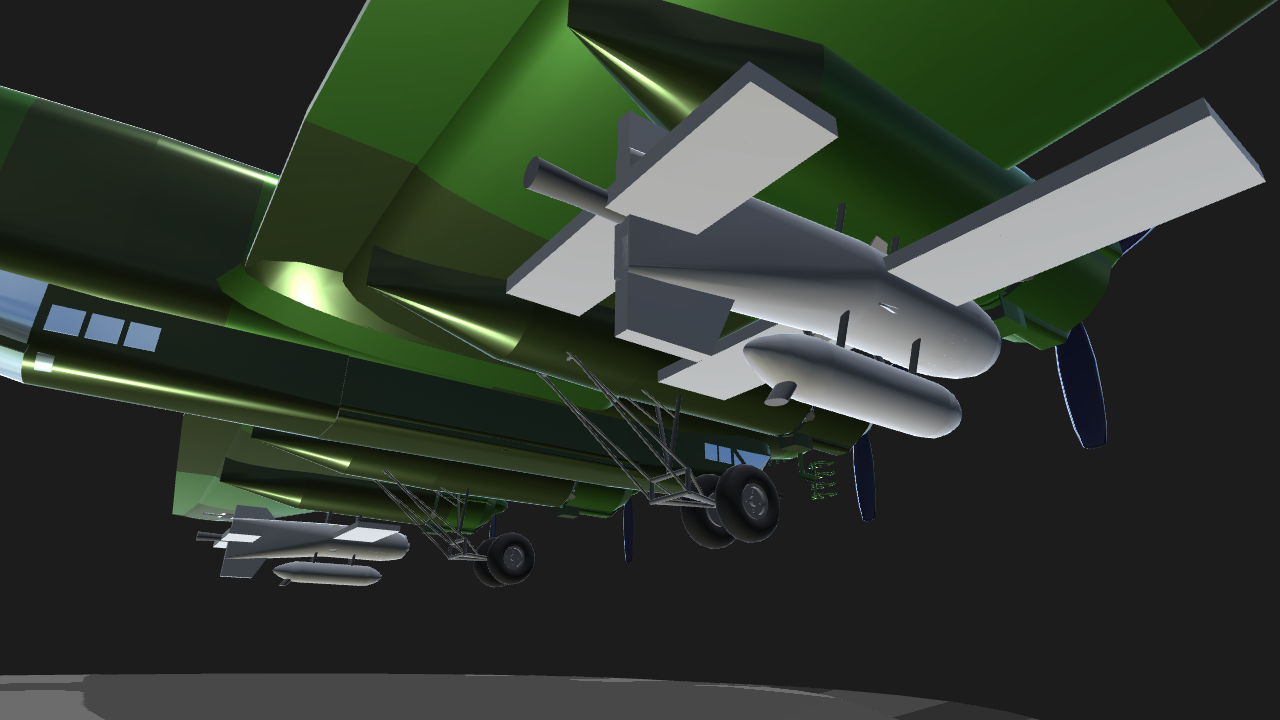 The FW200C-8 is a rare variant of the FW200, it was developed in the last years of the war to specifically carry two radio controlled anti-ship missile known as the Hs293 (the radar antenna are apparent on the nose).

The Controls are simple,
AG1+VTOL=Flaps.
AG2+VTOL+TRIM=Top turret
AG3-4 are the same, for they are the dorsal and nose turrets. AG7+VTOL=Bomb bay doors.

AG4-5 (same numbered cameras for the missiles as well.) are missile deployment.

To launch the missiles you first must deactivate AG8 (control surfaces) and activate AG6 (Gyro, along with deactivating AG8, is also useful when manning the turrets so the plane flys itself in a straight line while you shoot)
Then you may fire and guide the missiles.

Credit to Zott's for the base model.