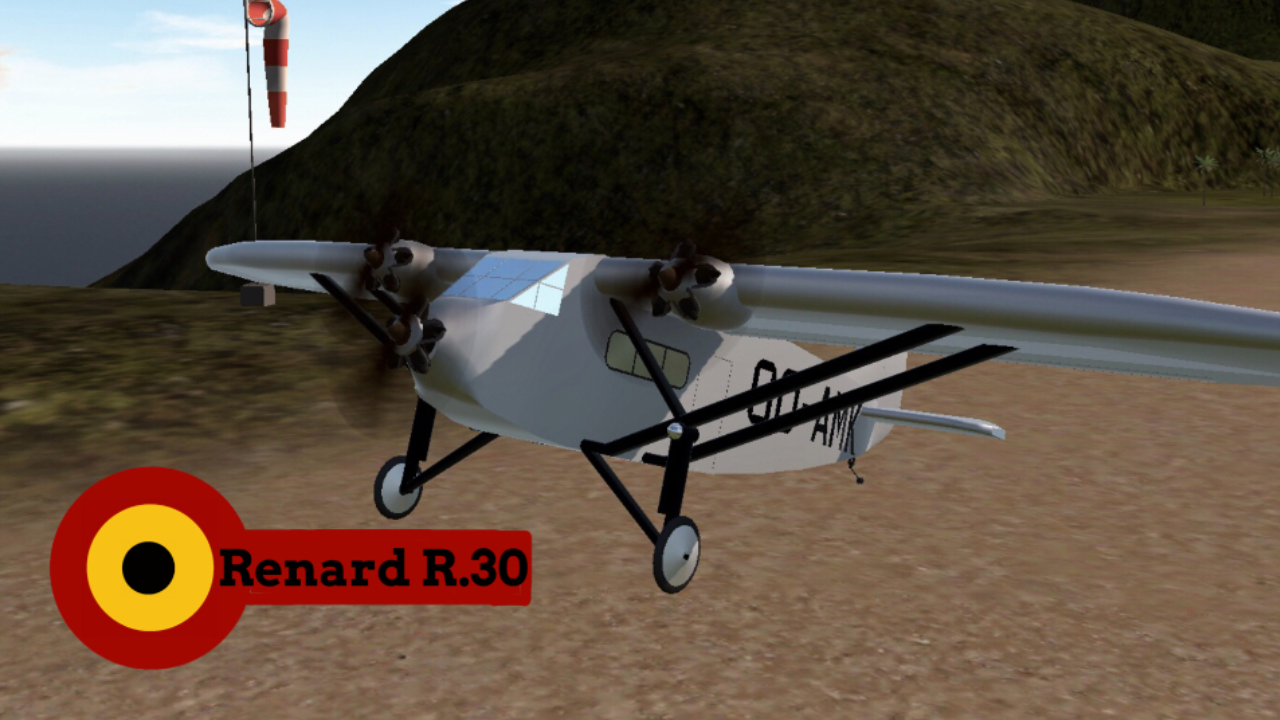 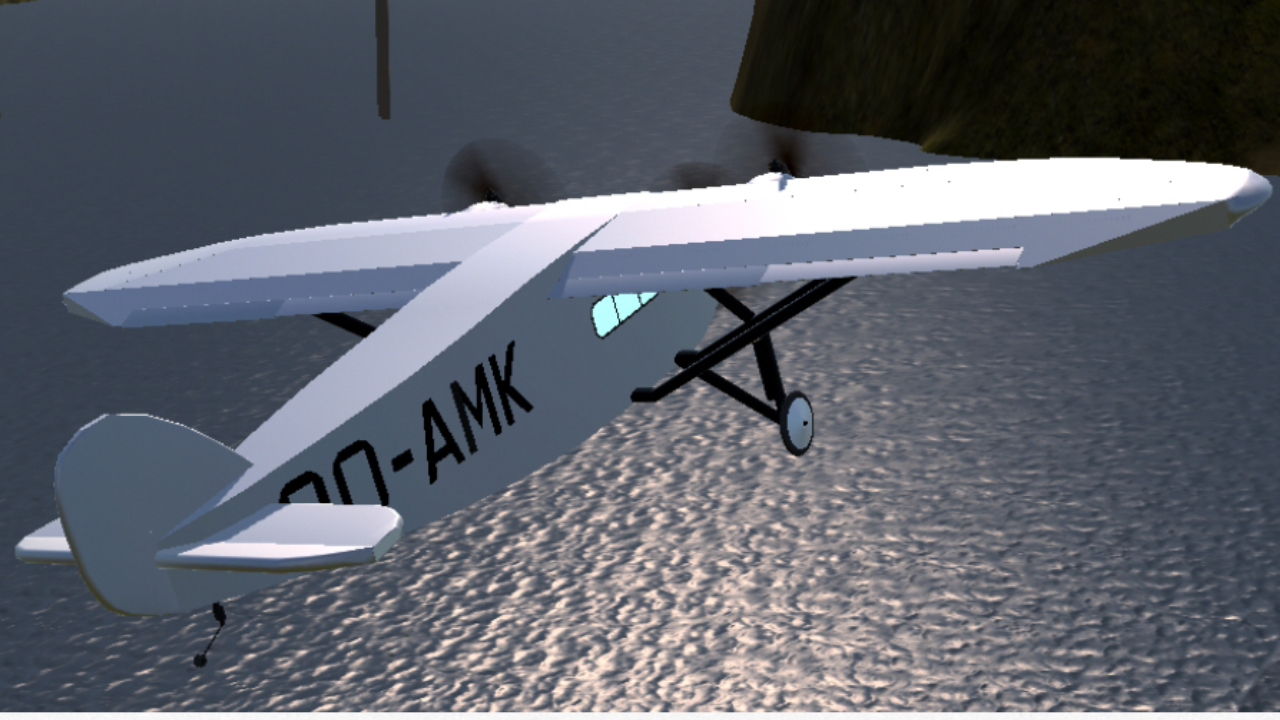 Hello ! I haven't posted in a while, so here it is, a Belgian plane, and my first "realistic" wing profile, which is a bit rough but it's my first try at it. The engines were also a pain in the a$$. Oh, and it behaves exactly like an early '30s monoplan transport plane (poorly). It is strongly advised not to pitch when unsing the trim, as it will behave like a defective airbrake.

Wiki : The Renard R.30 was a prototype trimotor airliner built in Belgium in 1931. It was a strut-braced high-wing monoplane of conventional design with a fully enclosed flight deck and separate passenger compartment. One engine was mounted on the nose, while the other two were mounted on the leading edges of the wings. Construction was metal throughout, skinned in plywood and fabric.

This aircraft, intended for postal and passenger services in the Congolese sector, was also designed to carry out topographical surveys of the province of Katanga. The elements of the cell, easily removable, had been manufactured according to the template of the Bas-Congo railway for transport facilities. 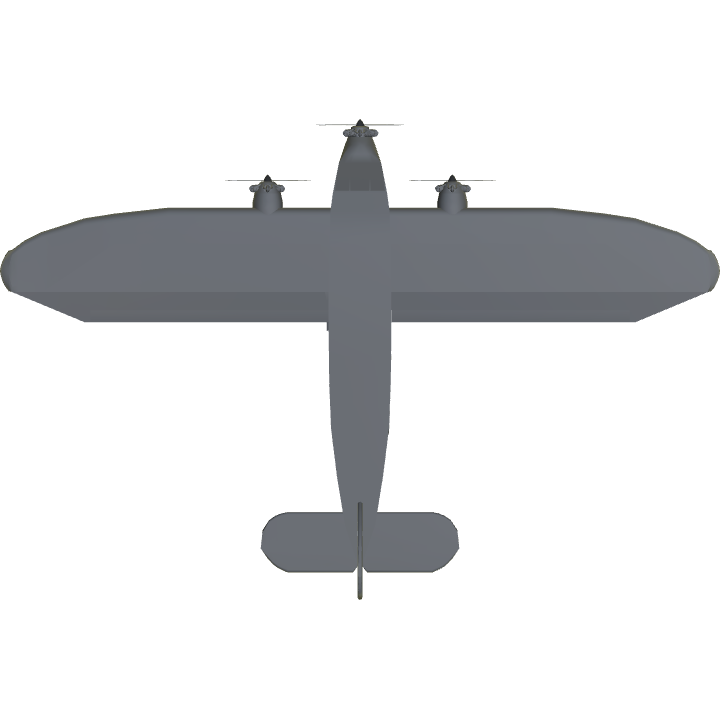 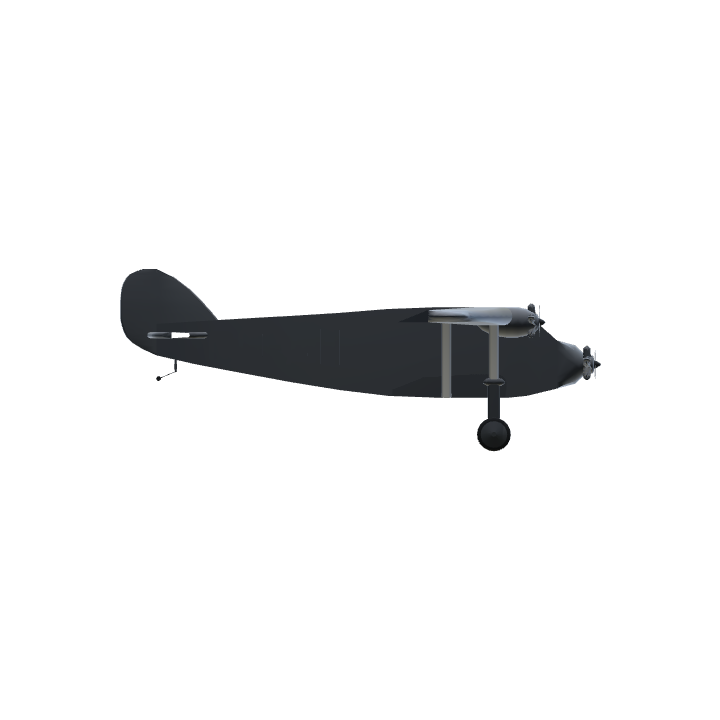 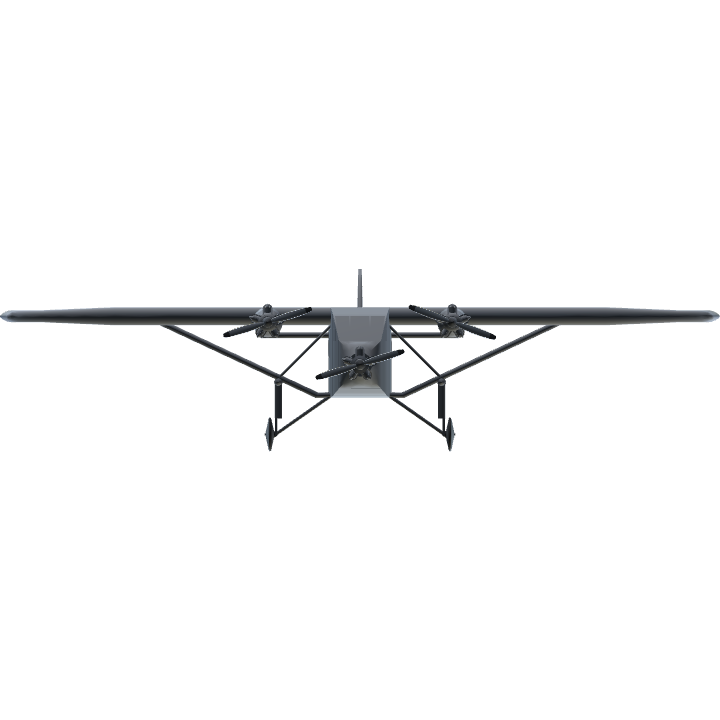