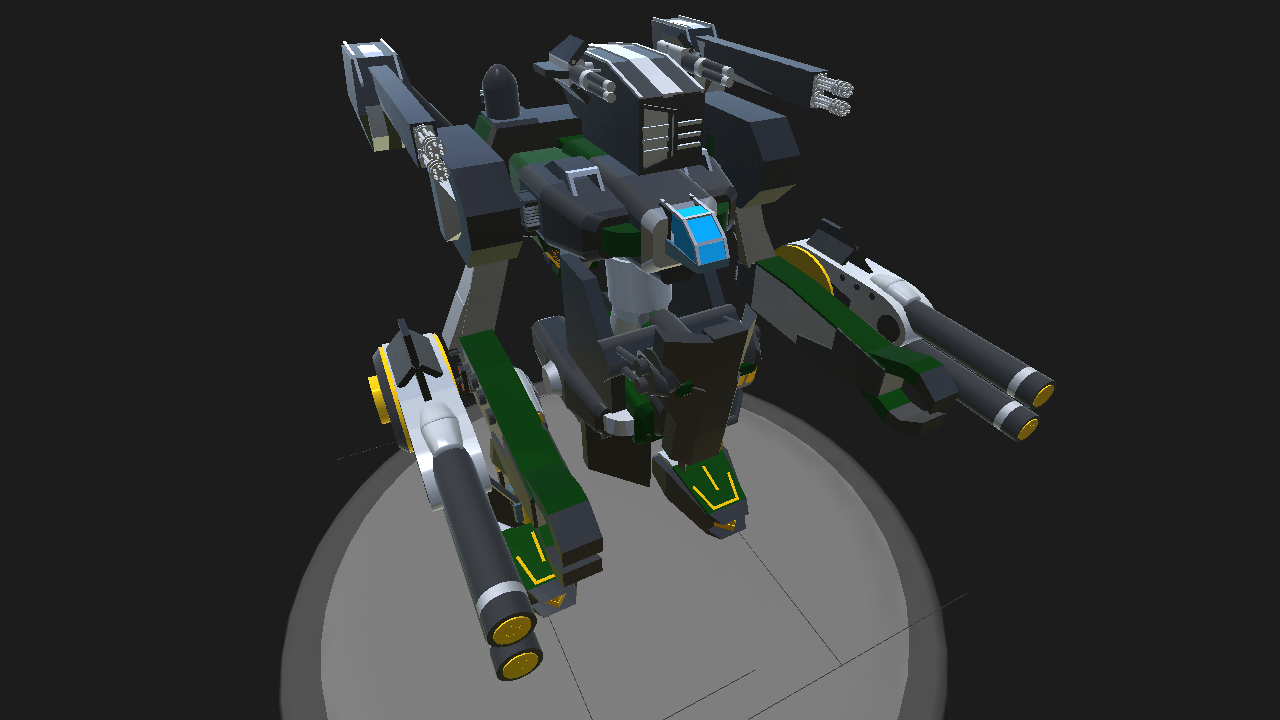 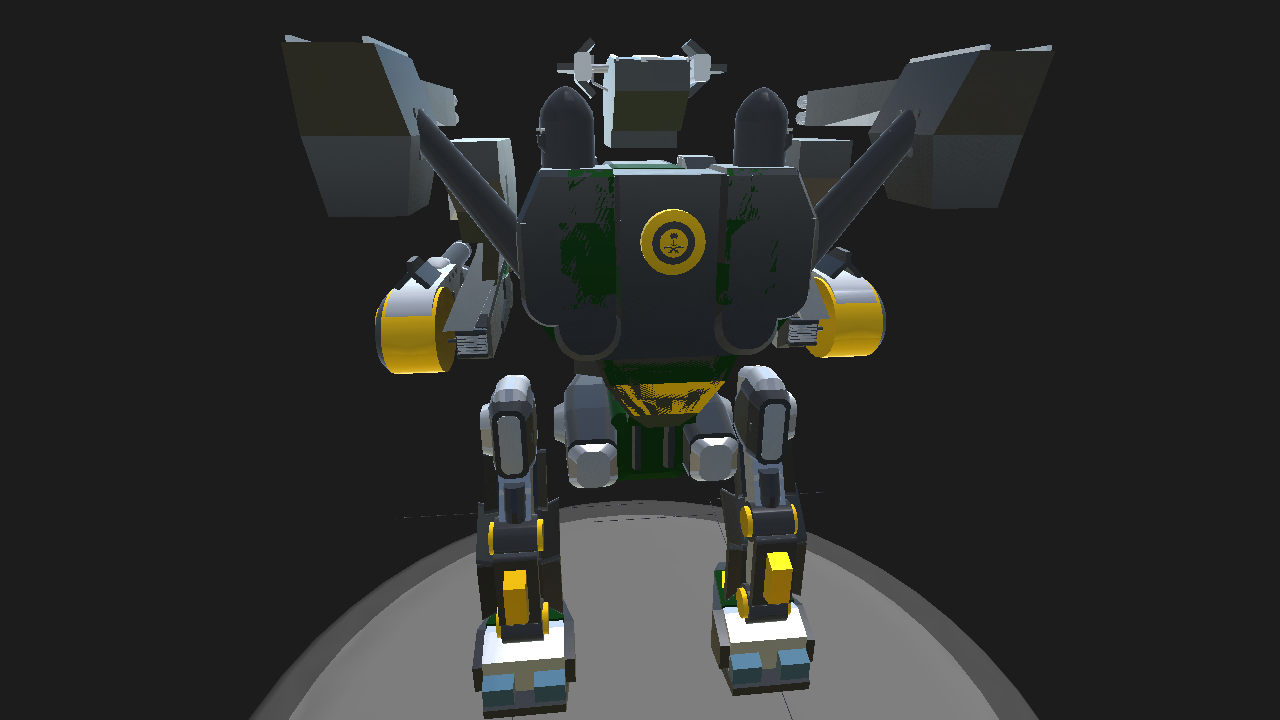 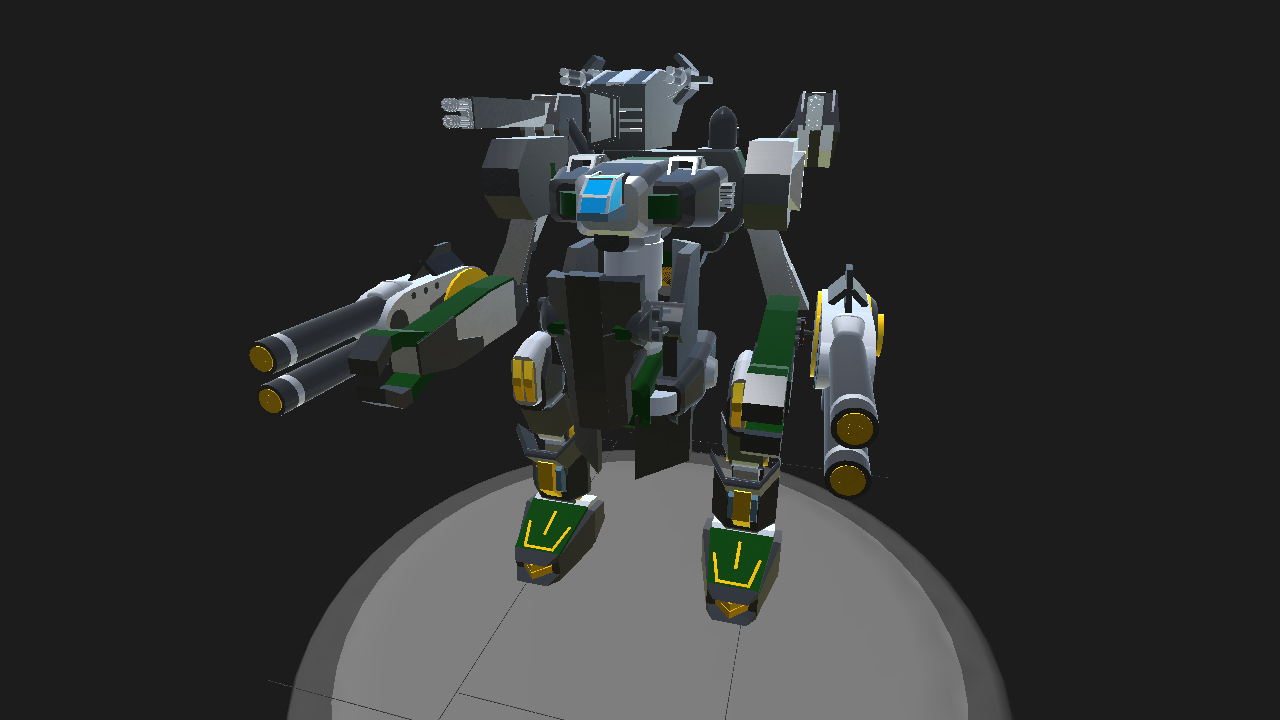 I made this in one day to be exact. Less than 24 hours. Or I think more than 24 Hours? Man im tired just thinking of it.


Using parts ONLY from MrMecha's Uploads. And none other. I added and tossed in a a few fuselage pieces and made it exactly 699 ;) if you find a piece that doesn't look similar than what MrMecha Made. Then Its probably something I whipped up because it's either Custom parts. Or pre-built awesome robot parts. I also kinda edited a few parts of MrMecha's ONLY to just fit it in with the look and stuff like the legs. I made them 0.5x Bigger just so that they can support the Bot itself.

-:BACKSTORY:-
So as the arms race once again shot up after the Great World War 2. Development between Awwami and Paternian Officials was finally on the go. So HDD (Hamra Defence Development's) manufactured a Mech. Something entirely new to the C&C Roleplay universes but not to Awwam. As Mechs were developed previously. This was an entire step ahead. Being AI controlled and having absolutely devastating weaponry. It was no match for Competitor equipment. Having an Upper hand in mobility and strength. It can lift two 100 Ton Tanks and Throw them with incredible force at the same time. Being untouchable to a majority of hazardous materials such as Radioactive and Chemical Weaponry. It wraps itself around the idea of Protection and Power. Having its Limbs being Magnetically Reinforced and being Basically floating. Its fixed in jts manufacturing position. Shutting down the Robot will Push it's parts back into the bot holding itself in place. A lock for it. It will be mass produced and Directed for Combat in the hopes of 2090.


-:CONTROLS:-
It's not very complicated.
AG1 For Legs. Each side has its own Controls. Left has VTOL and Right has TRIM. Assuming you're looking at the robots back when you start it up. if you wanna turn simply push up either Control one dash up from the Middle.
AG2 For guns. You control it with Pitch, and roll, it's pretty cool actually.
AG3 for something or not. Idk, EXPLORE

I'll release a newer version sometime in the future maybe. When my device can ACTUALLY handle more than 700 Parts, (6 Crashes and 2 Reboots) :( 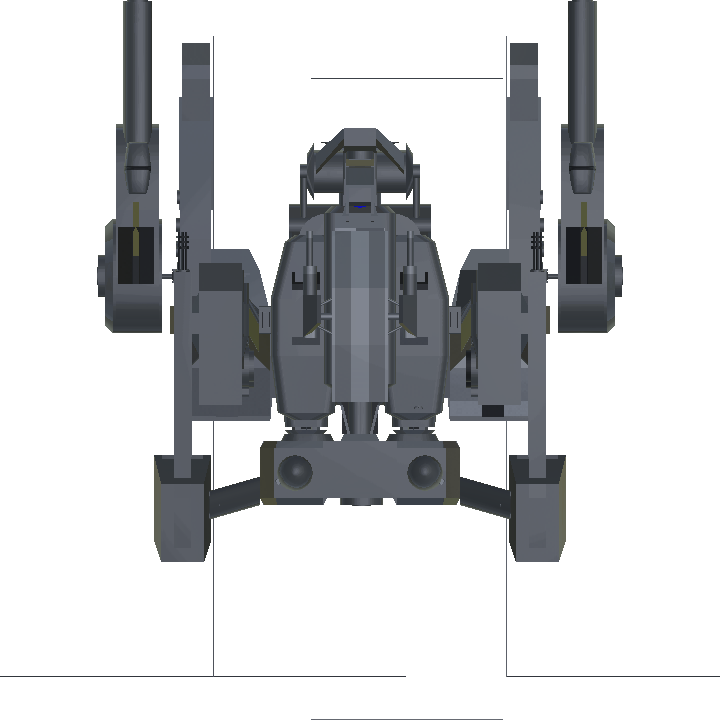 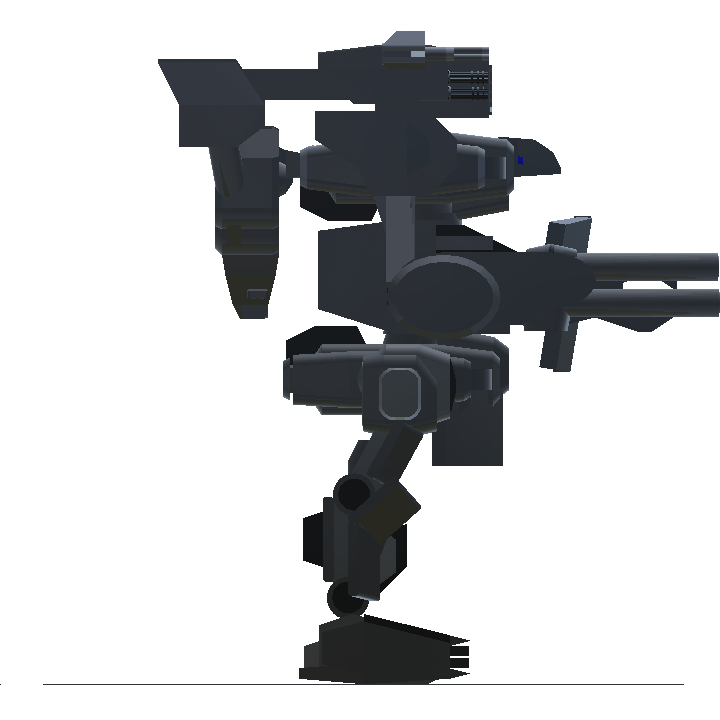 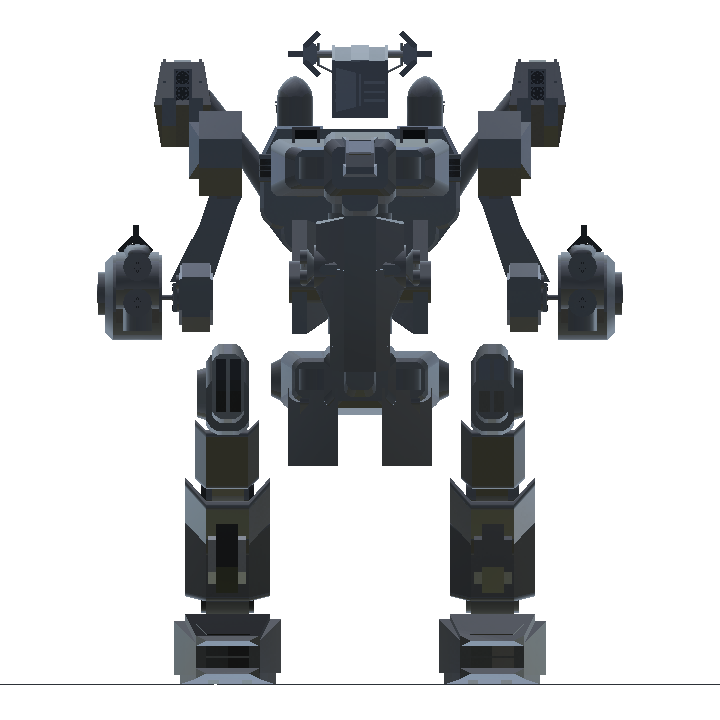