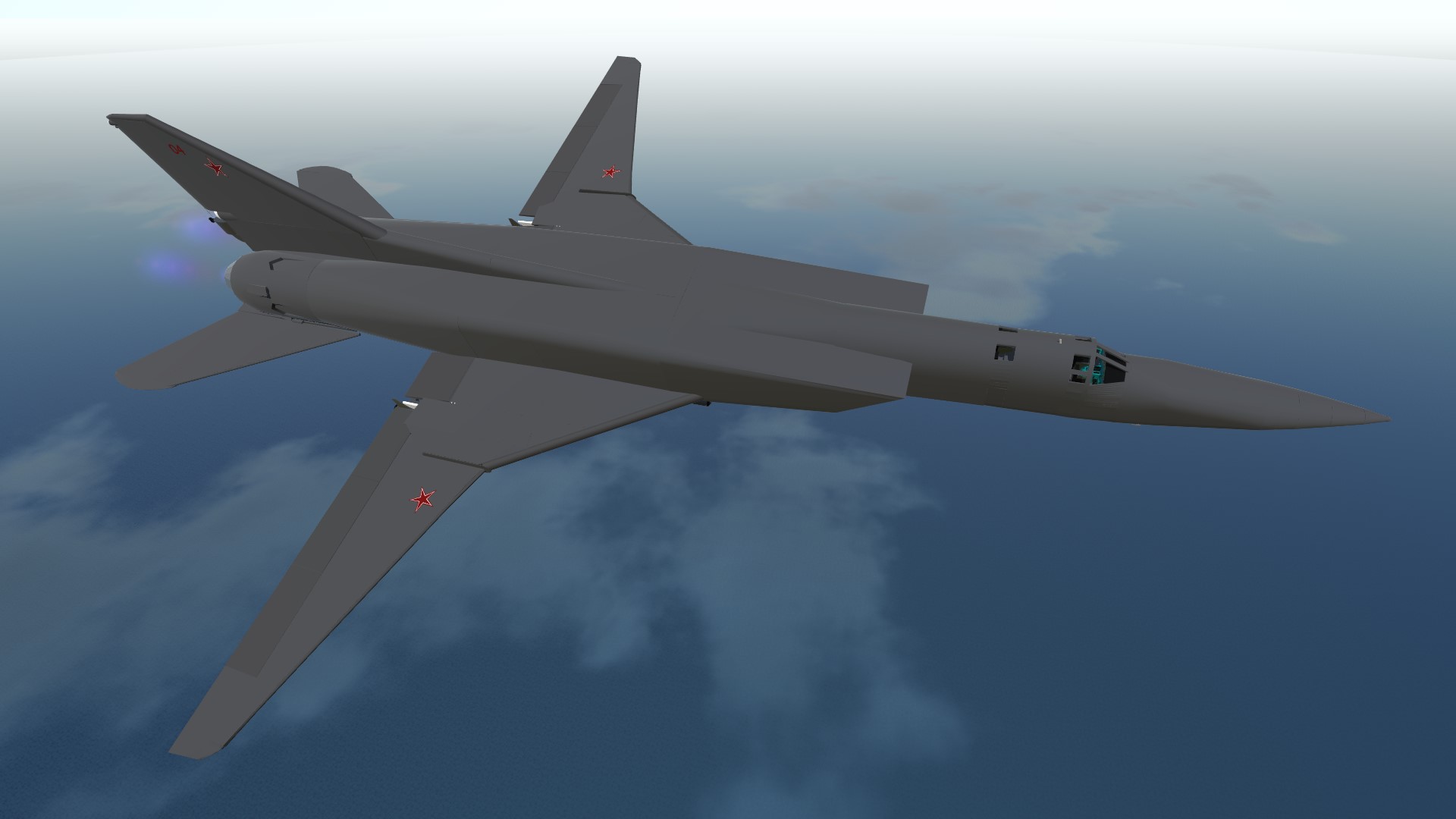 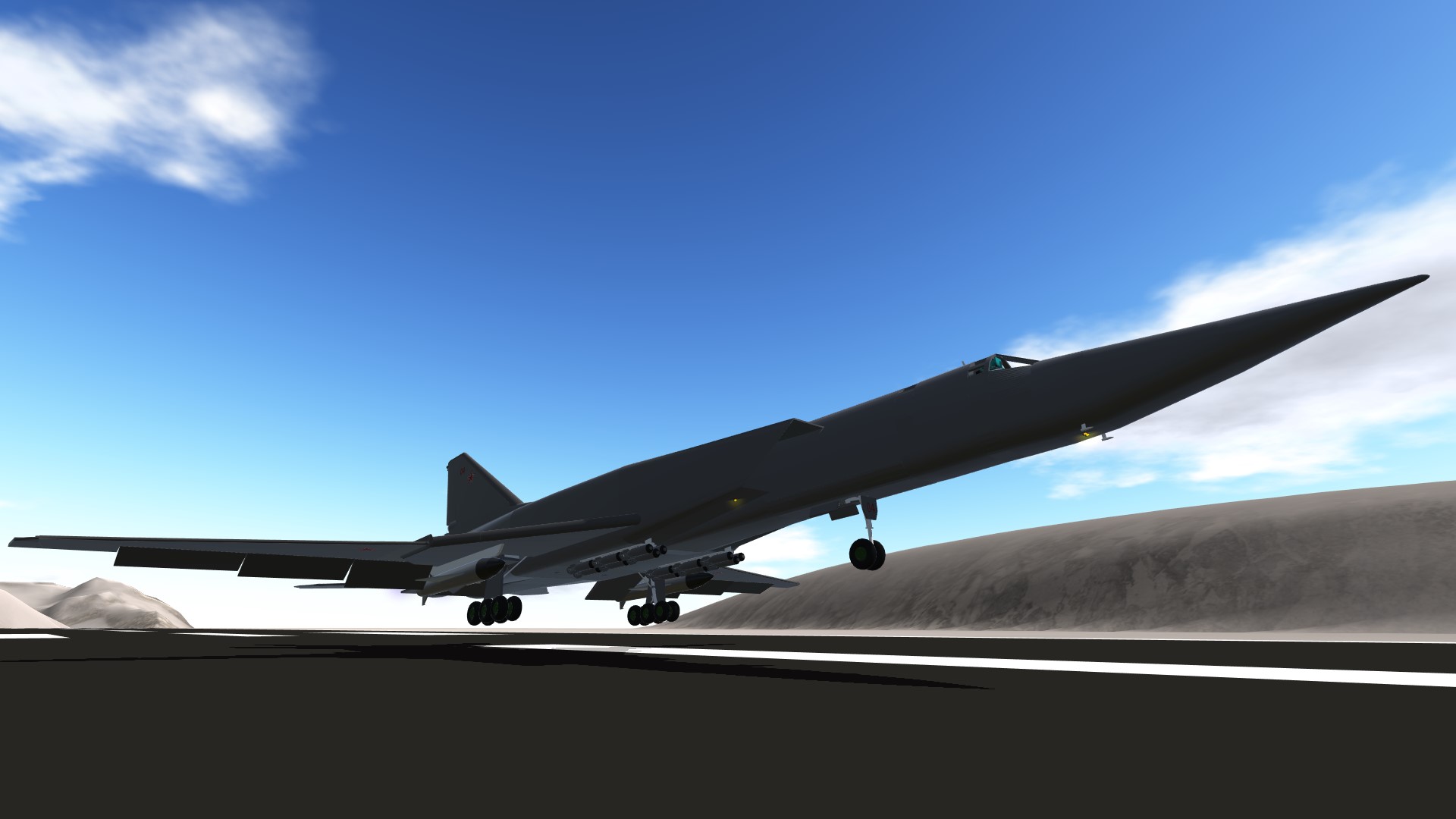 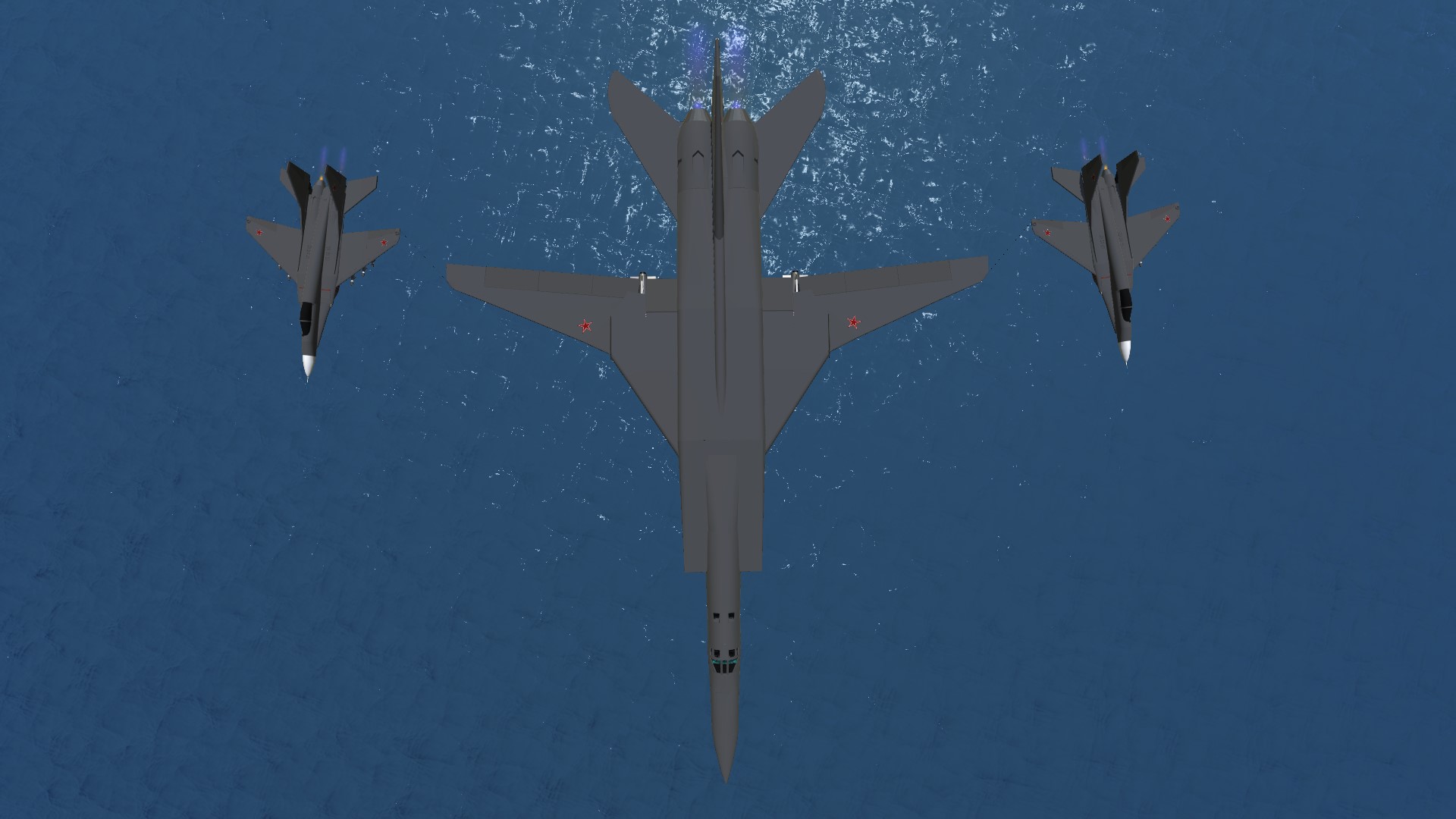 The Tu-22M is a supersonic variable sweep wing strategic bomber developed by the Soviet Union in the 1960s and is the predecessor to the Tu22. The Tu-22M can be outfitted with air to ground mussels, anti ship mussels and conventional bombs. This tu22m is fitted with 2 kh-22 anti ship missiles, 18 boom 25s and 5 boom 50s. The aircraft is also fitted with a remotely controlled GSh-23 twin barreled auto cannon mounted on its tail to shoot down any aircraft that try to intercept you.

Flight characteristics and general stuff.
The wing sweep of the Tu-22M does a few things to the aircraft's performance in the air. When the wings are swept forwards it makes the aircraft slightly faster at high altitudes for the trade-off of turn performance. The wing sweep also acts as a trim for the aircraft, if you are finding that the nose its pitching up sweep the wings back until the nose is levil.
The Tu-22M can reach speeds of over 2000km/h at altitudes above 10,000m the higher the faster. 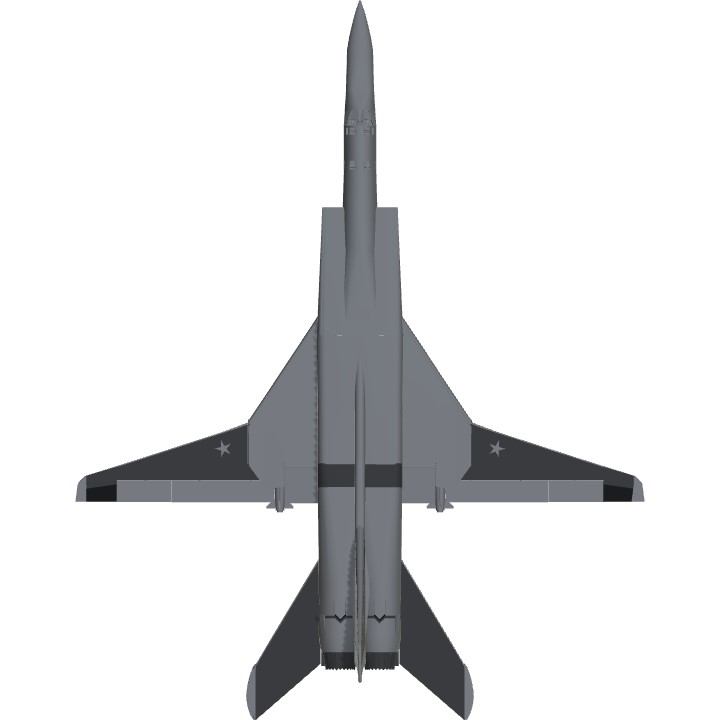 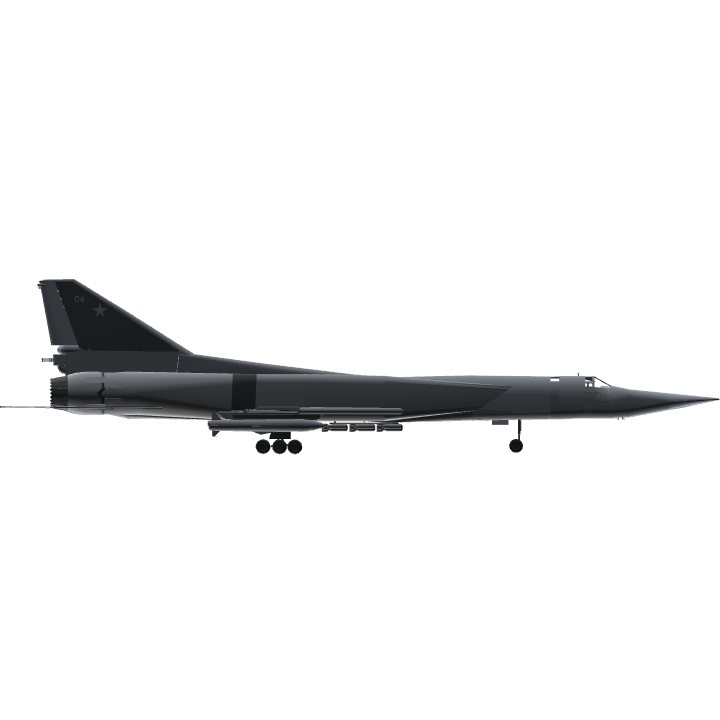 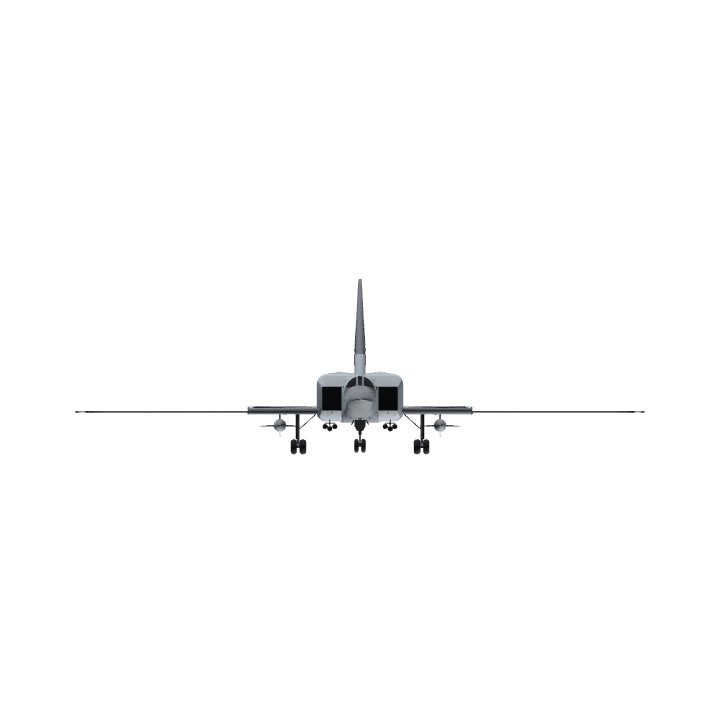