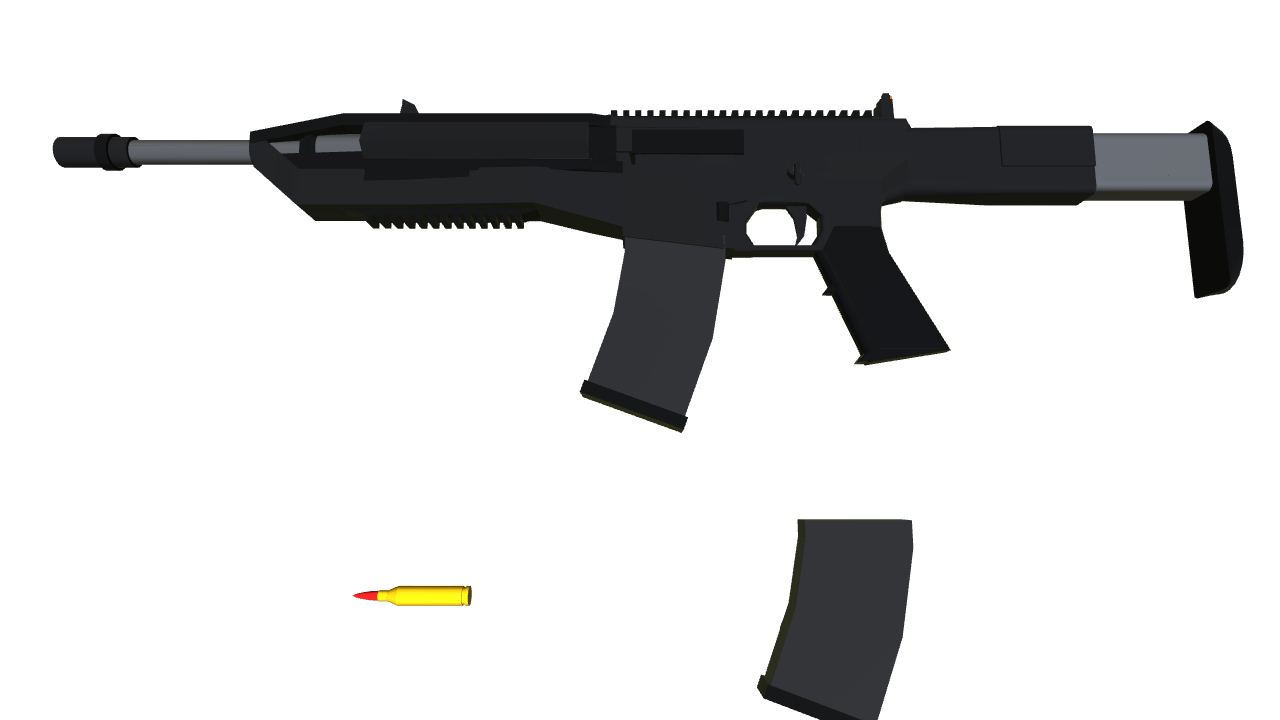 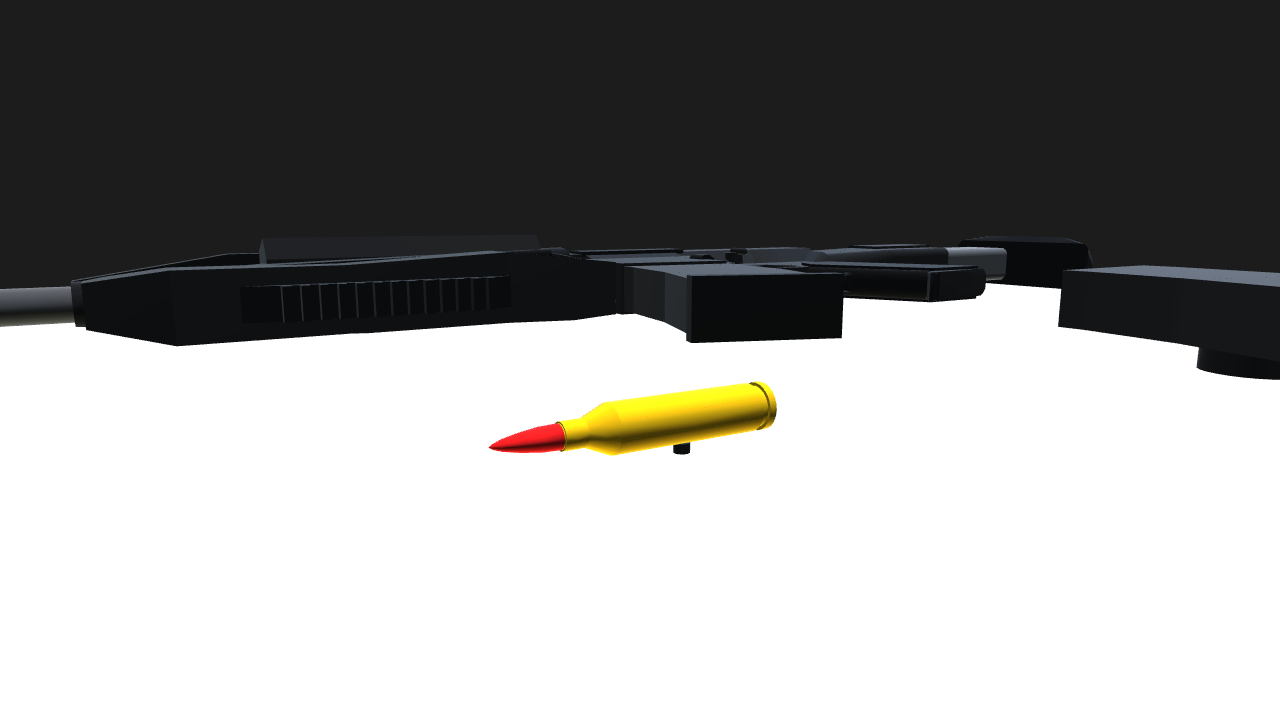 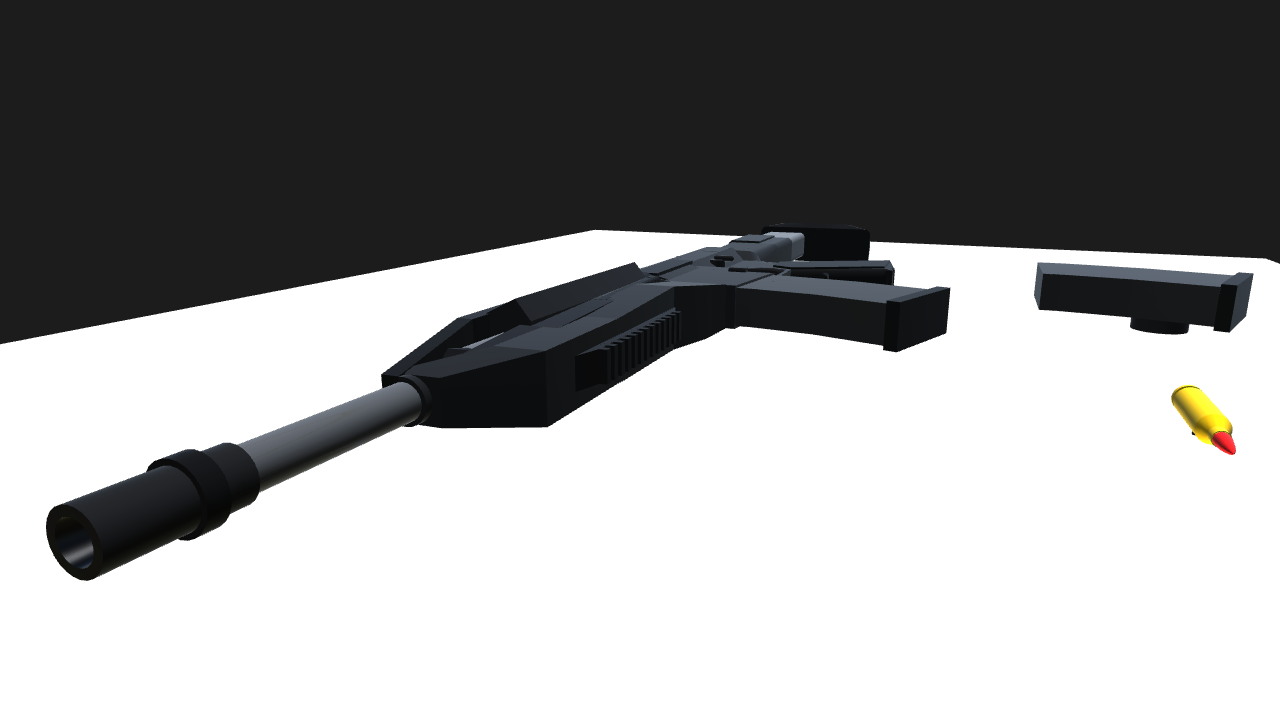 NOTE: The black and white picture thingy above the upvotes. if you hover over it with your mouse, there is actually a slight optical illusion.

"The ALEK-90 is basically the RWA version of the M16, but slightly better. It is reliable, has excellent stopping power, versatile, and it can survive incredibly harsh conditions. It can even be fully submerged in water, or thick mud, and still shoot."
-Herch Herkins, 109th Infantry

The ALEK-90 is the RWA assault rifle to officially replace the ARX-160. It has some similarities to the ARX, as well as the Paternian M16A5. It can take pretty much any type of scope, laser, muzzle accessory, or grenade launcher with its multipurpose rails. It uses the 5.56, and can operate in almost all conditions. The gun uses a system similar to that of an AR-15's.

Thank you Pilotmario for the 5.56 bullet, and low receiver of his M16A5.

If need be, a bayonet can be attached to the Barrel of the Assault Rifle. 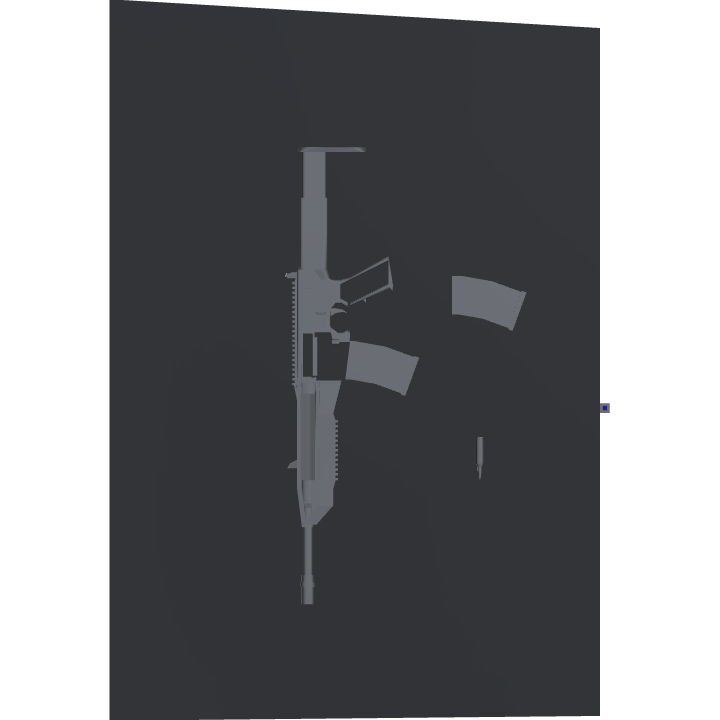 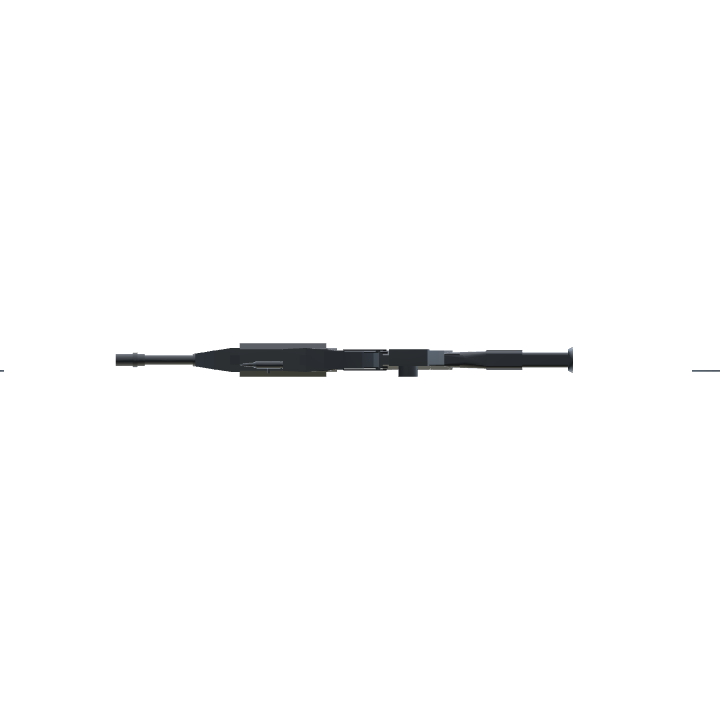