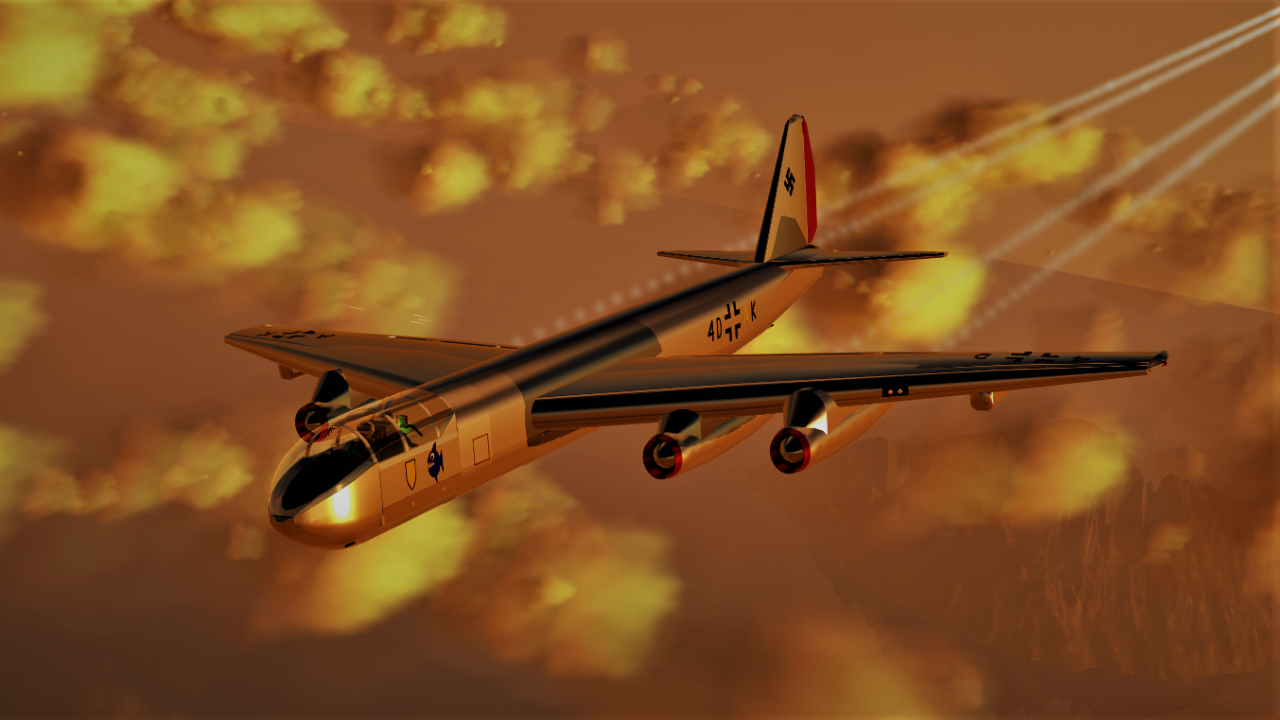 Features : automatic contrails at ~20,000 ft, engine smoke on startup (only works when started on ground)

The Arado E.560 series of developmental high-speed jet bombers saw a large evolution on paper. Design of the platform centered around the closing days of the Second World War and showed the extent to which the Germans were planning on utilizing the relatively newfound technology of the turbojet to deliver munitions against Allied targets through unquestioned speed and cutting edge design. Fortunately for the Allies, many of these systems fell by the wayside as Germany was playing a defensive game by war's end.

From an external perspective, it becomes easy to see the similarities inherent in the E.560 design, showcasing much the same look as the more famous Arado jet product - the Ar 234 "Blitz" - a single-seat twin engine reconnaissance/bomber aircraft that actually saw production by war's end. The E.560 showed off a similar glazed cockpit at the extreme forward of the fuselage and contained a seating arrangement for two personnel in a pressurized cockpit. The engines were held under each swept back wing. A tricycle undercarriage landing gear system also figured prominently into the design. The Arado Ar E.560 series was envisioned - and classified - as a high-speed tactical bomber of medium range capability, able to mount a substantial internal bomb load. Other unique design features included communications equipment and automatic course correction systems.

credit to luft46.com and militaryfactory.com

The first and only E.650 ever built, was completed on March 5th, 1945. After test flights proved successful, it was designated aircraft code 4D+AK. It was flown to a discreet airfield on the Eastern Front. The crew were the two best Ar-234 pilots in the Third Reich, personally selected by Adolf Hitler for this role. They were to conduct a long range bomber strike on the Soviet capital city of Moscow. They would be carrying a standard bomb load. The night before the operation, the pilots, SS-Obersturmbannfuhreren Hans Eichmann and Ludwig Rudel, christened their aircraft Dresden Piranha, in memory of their home city of Dresden, which had been firebombed last month by the Allies. 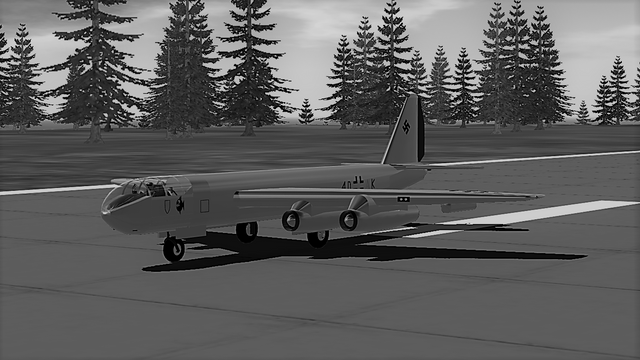 They took off at 10:30 on the morning of March 27th, destination Moscow. It took roughly 2.5 hours to arrive. Traveling at nearly 580 mph at a height of over 30,000 ft, no one knew this plane existed, nor did they know what it's objective was. They dropped their payload, and through their bombing camera, they saw that they had scored a hit, although they didn't know what they had exactly hit. Excited and proud of the significance of the success of this mission, they flew back to their base. They were both awarded the Knight's Cross with Golden Oak Leaves by The Fuhrer himself. 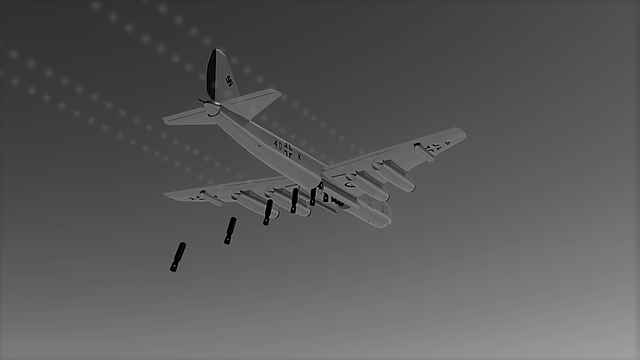 Their second mission was to strike Moscow again, but this time, with two Hs 293 rocket bombs. They were to strike at the heart of the Soviet Union, the Kremlin. They were to fire their rockets at a low level of 1,000 ft at the complex, then immediately gain altitude and fly home. All went well, they had descended to 3,000 ft and were within 100 miles of Moscow. At 25 miles, they had entered the outskirts of Moscow, and were flying rooftop level at 560 miles an hour, much faster than any Soviet plane that tried to intercept them. It was a breeze. 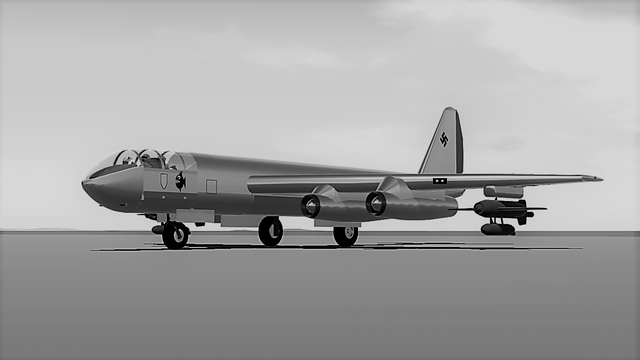 The last photograph taken of 4D+AK

But, things were not as they seemed. The heart of the city was filled with anti-aircraft and flak cannons. The Dresden Piranha had managed to evade most of it, as they were extremely fast. Within 5 miles of the Kremlin, every gun in the city had started to blast. Despite the pilots' best efforts, the Piranha was pounded by heavy gunfire. They had reached 2 miles, and they had seconds before they could fire the rockets, then, it happened. A direct flak shell hit to the cockpit killed the two pilots instantly, and thereby destroying the aircraft. The Dresden Piranha and her crew, gone and forgotten, lost in the pages of history. 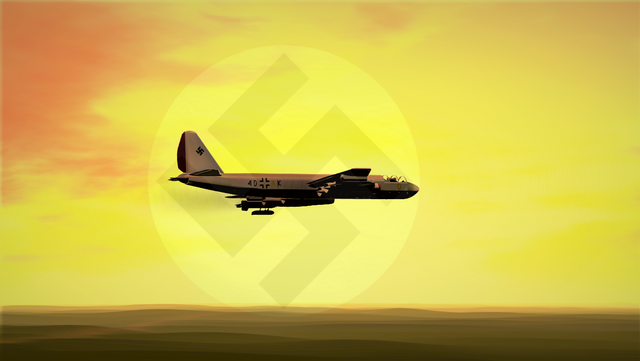 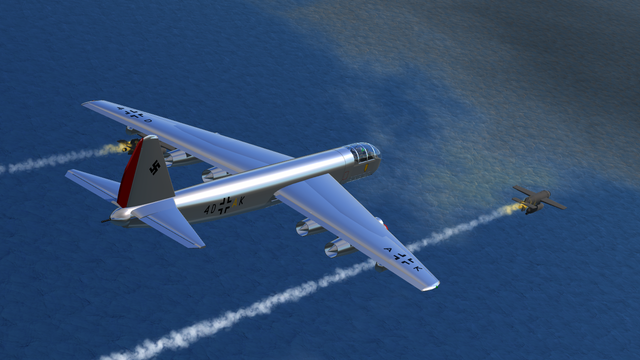 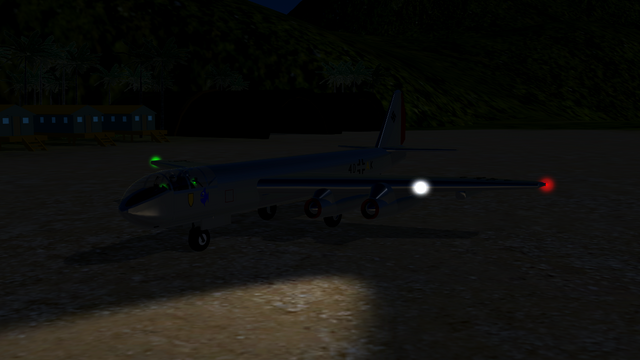 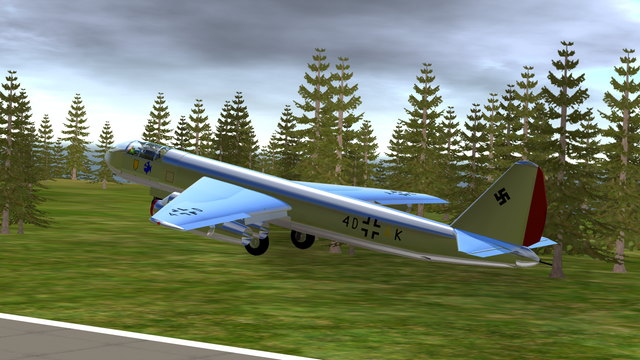 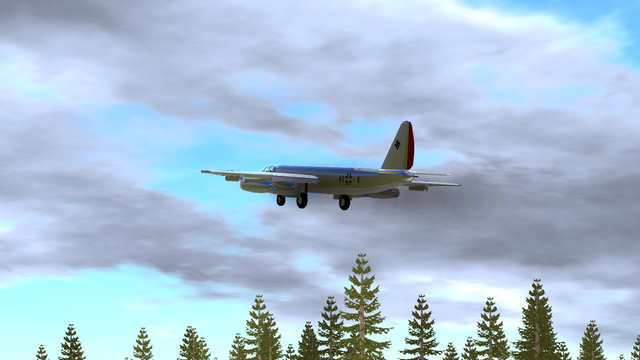 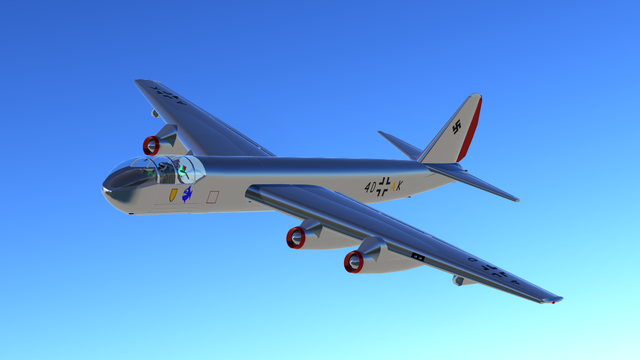 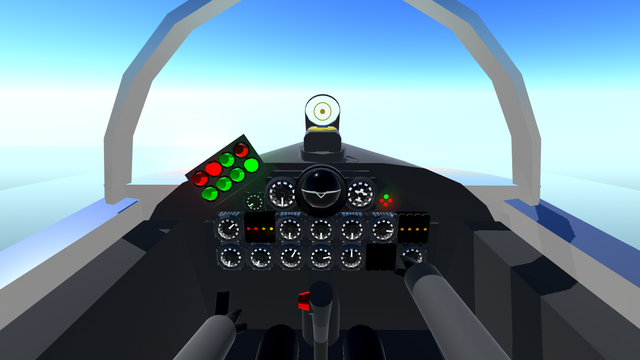 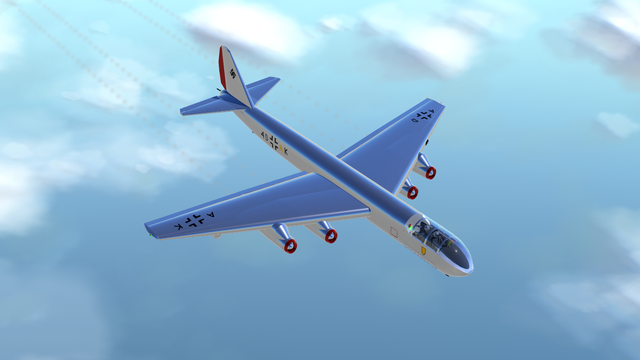 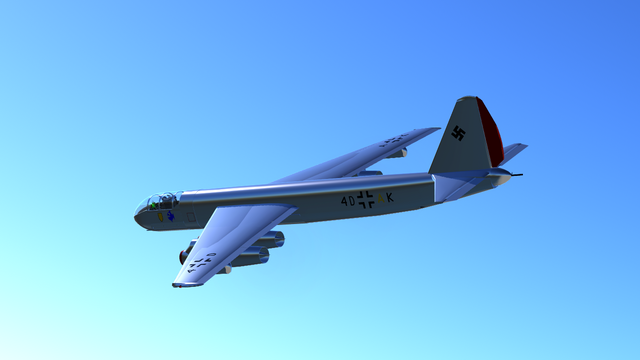 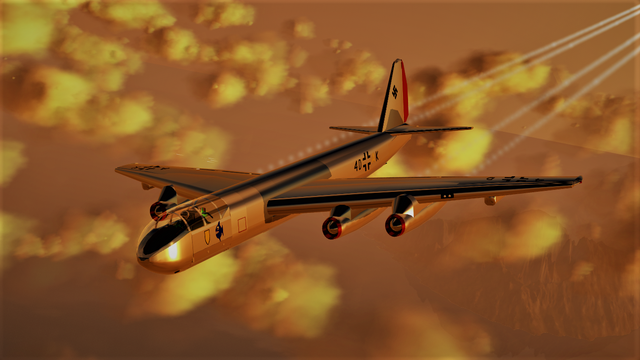 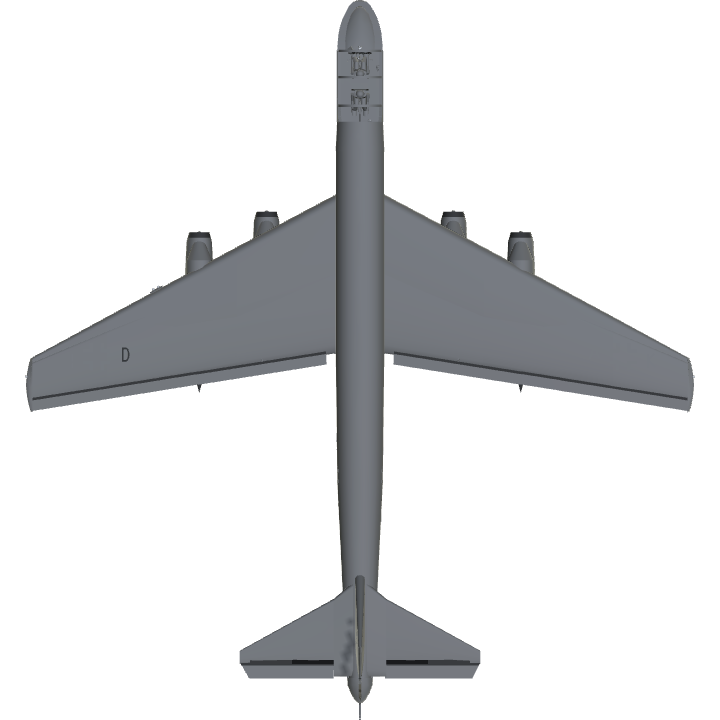 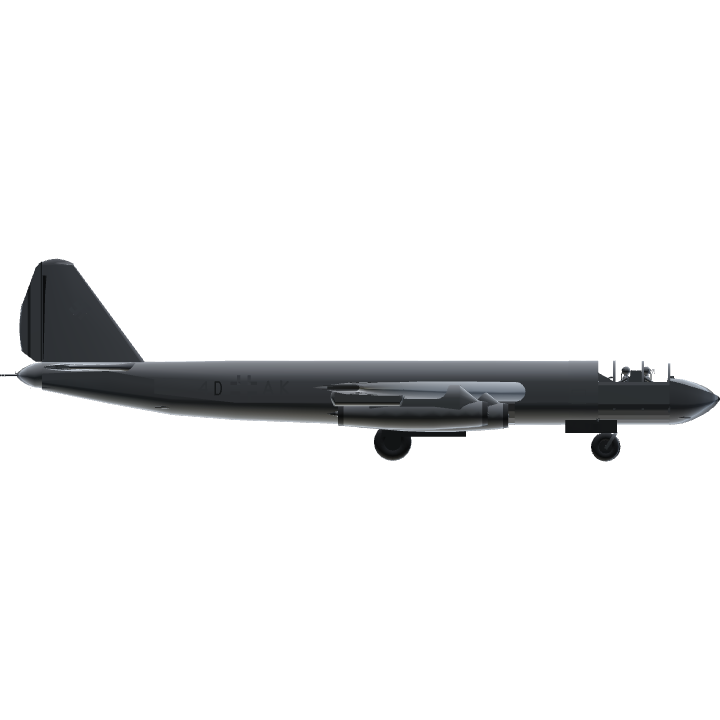 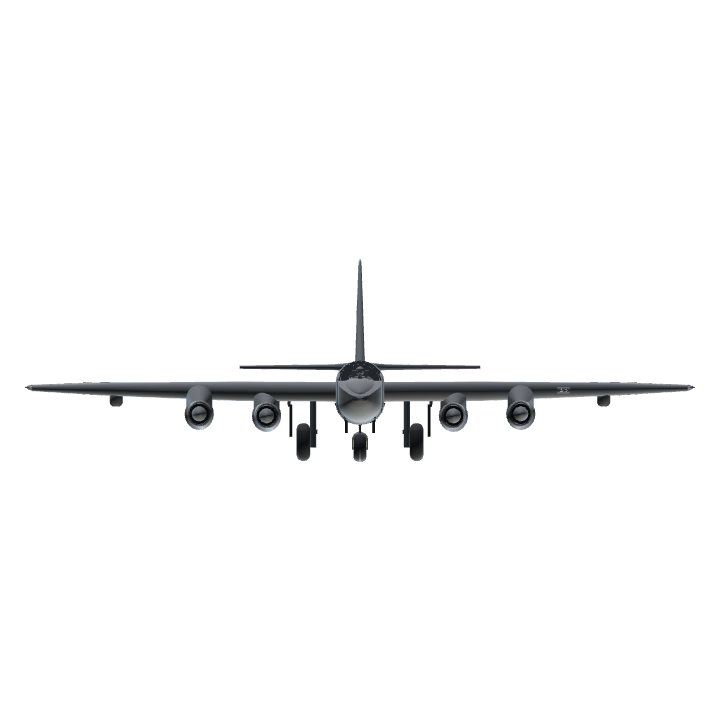