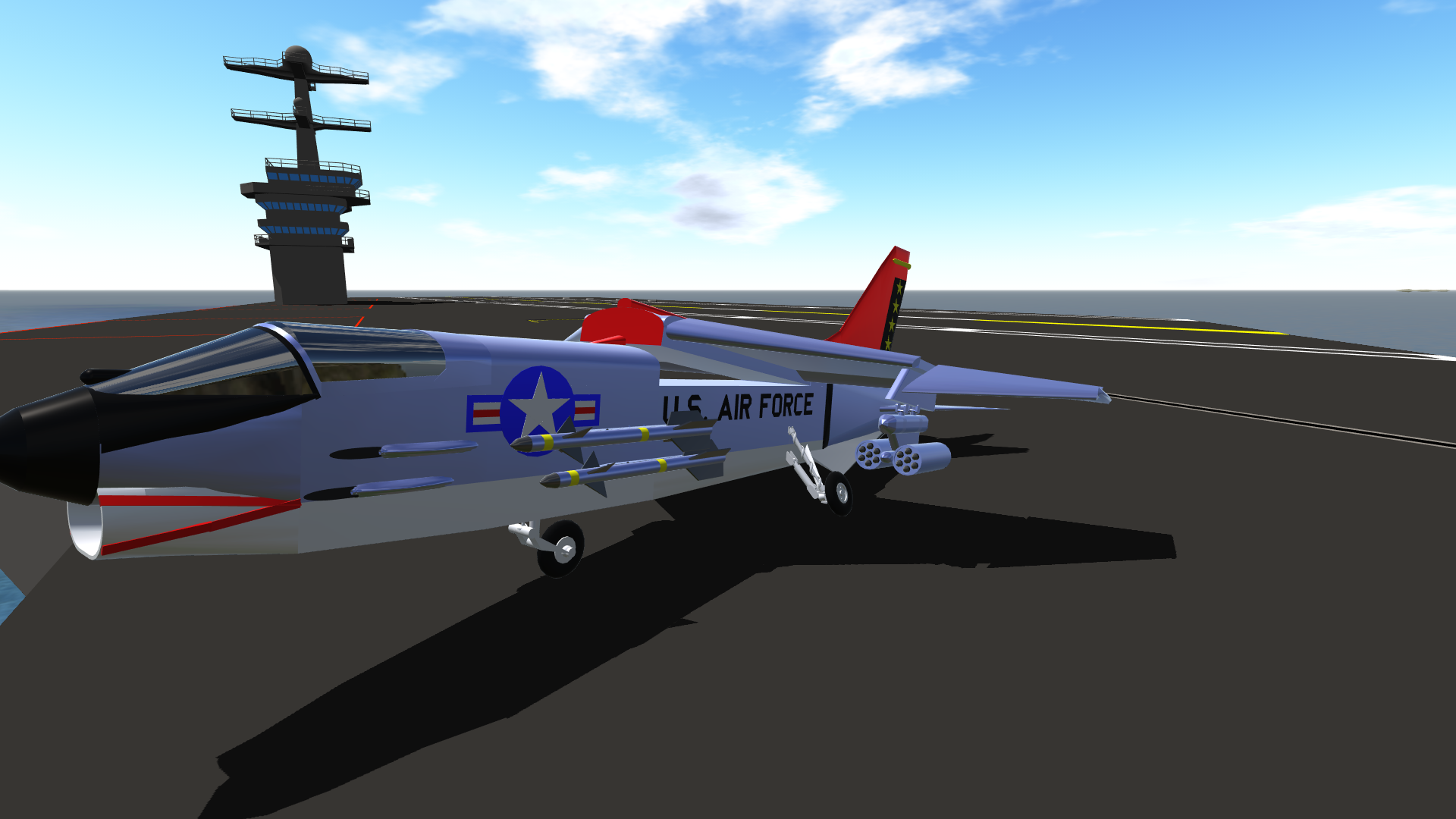 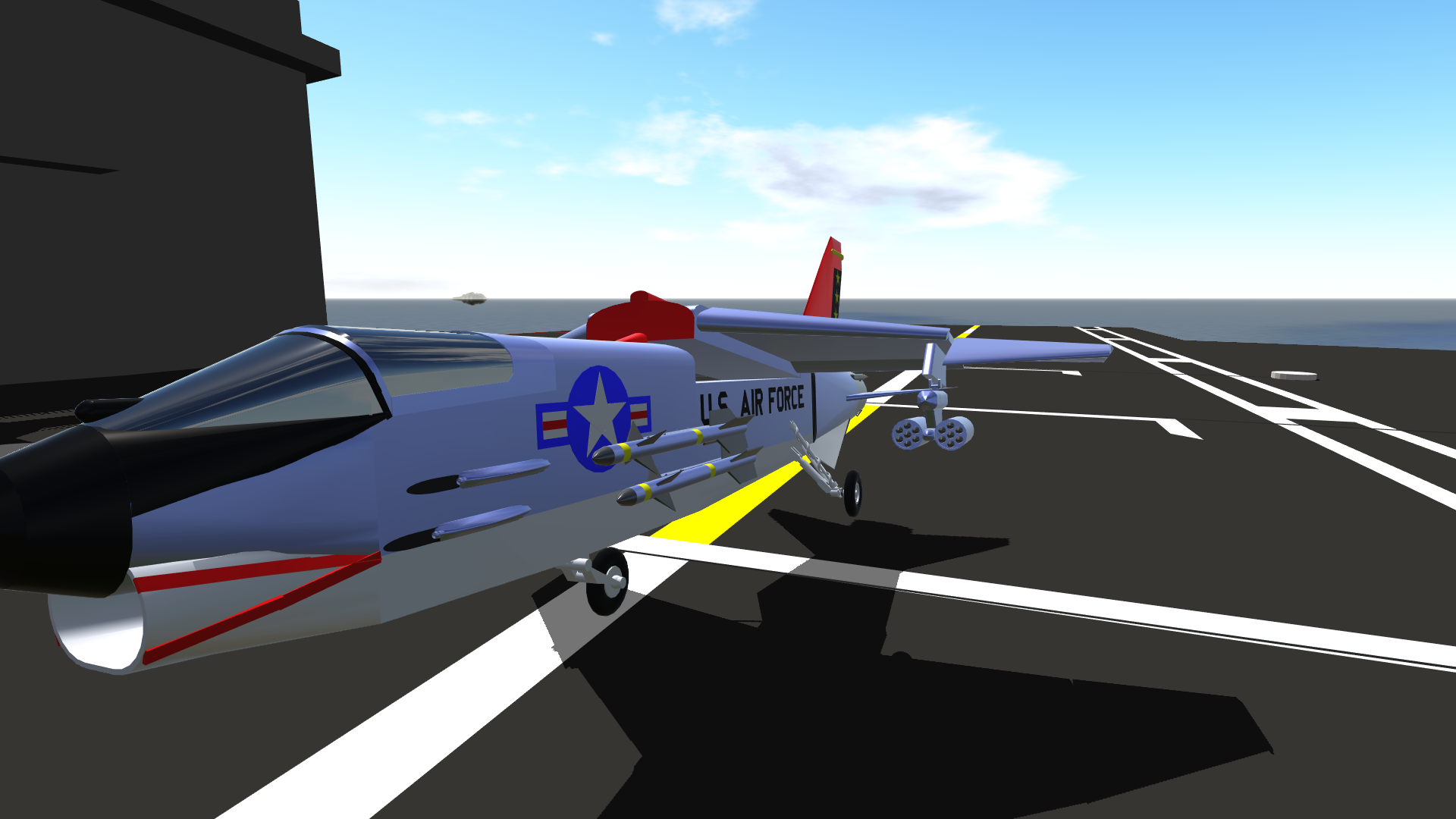 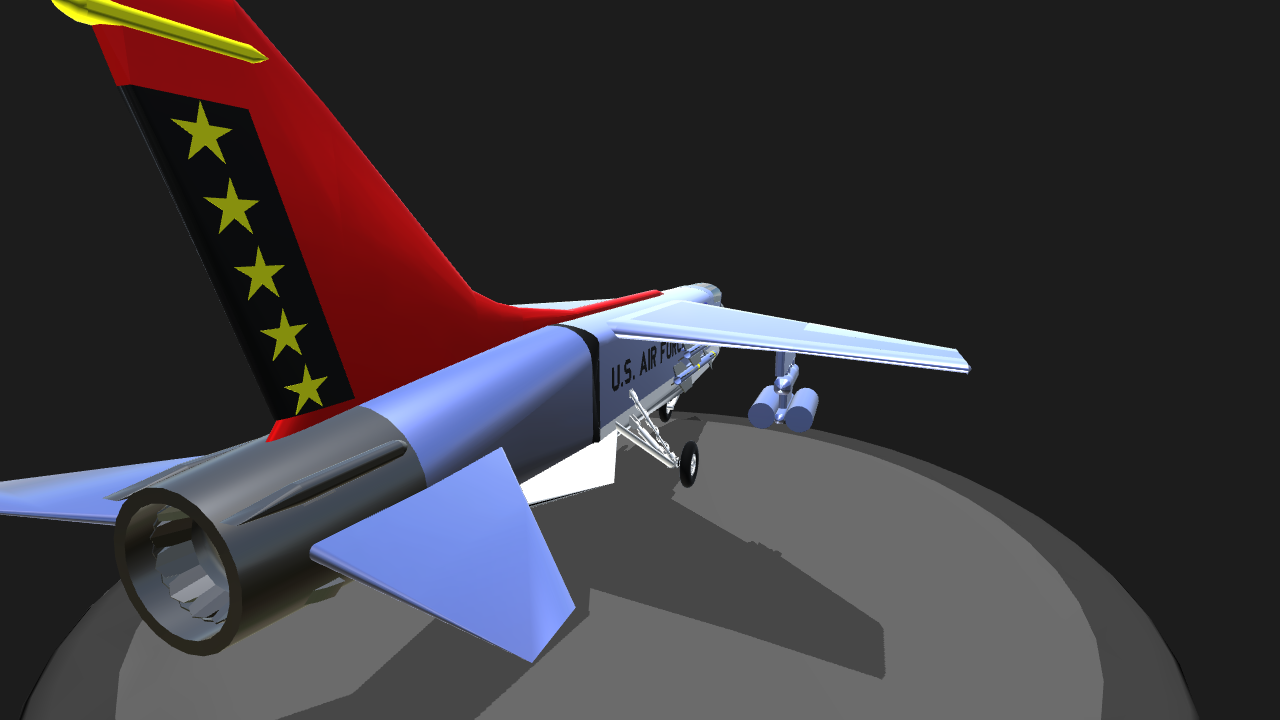 !!! https://www.simpleplanes.com/a/Jb843Q/F-8H-Crusader-Fixed - This is the corrected version (Fixed "U.S. Air force" inscription on "NAVY". The rest is just like the first version.) !!!

Vought F-8 Crusader (originally F8U) is a single-engine, supersonic, carrier-based air superiority built by Vought for the United States Navy and Marine Corps, and for the French Navy. The first F-8 was ready for flight in February 1955. The F-8 served principally in the Vietnam War. The Crusader was the last American fighter with guns as the primary weapon, earning it the title "The Last of the Gunfighters".

The most innovative aspect of the design was the variable-incidence wing which pivoted by 7° out of the fuselage on takeoff and landing (not to be confused with variable-sweep wing). This allowed a greater angle of attack, increasing lift without compromising forward visibility. 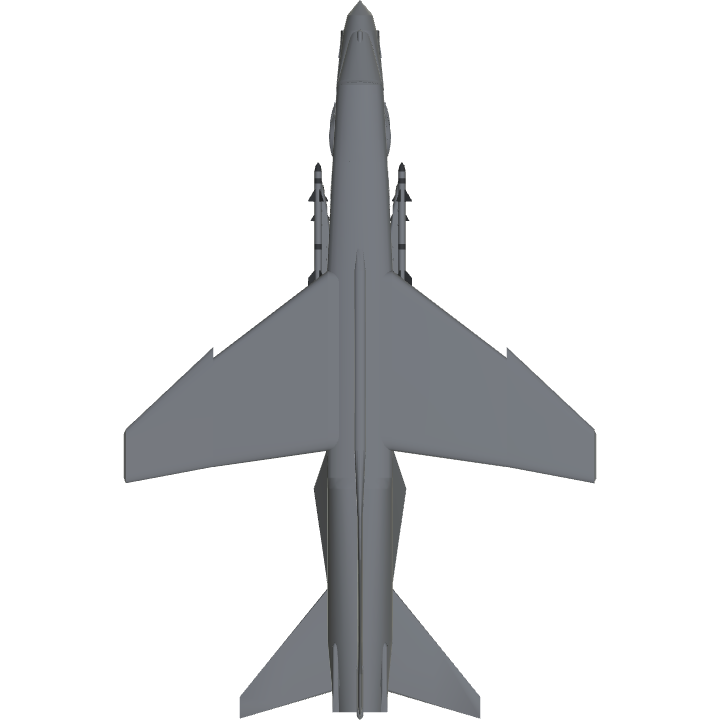 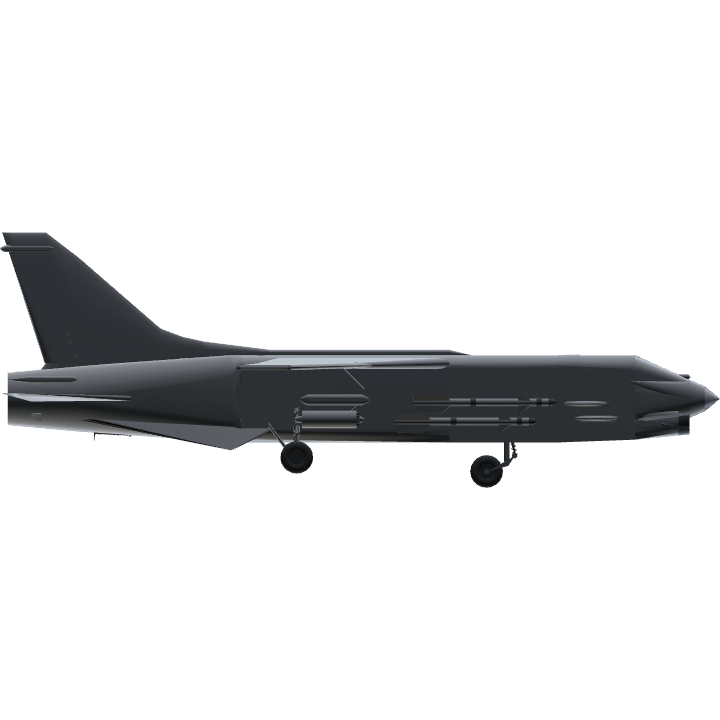 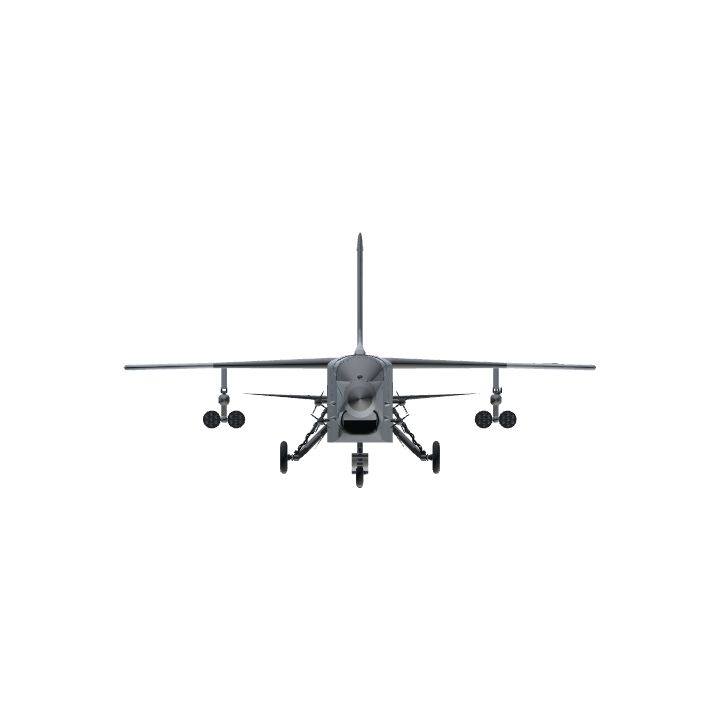