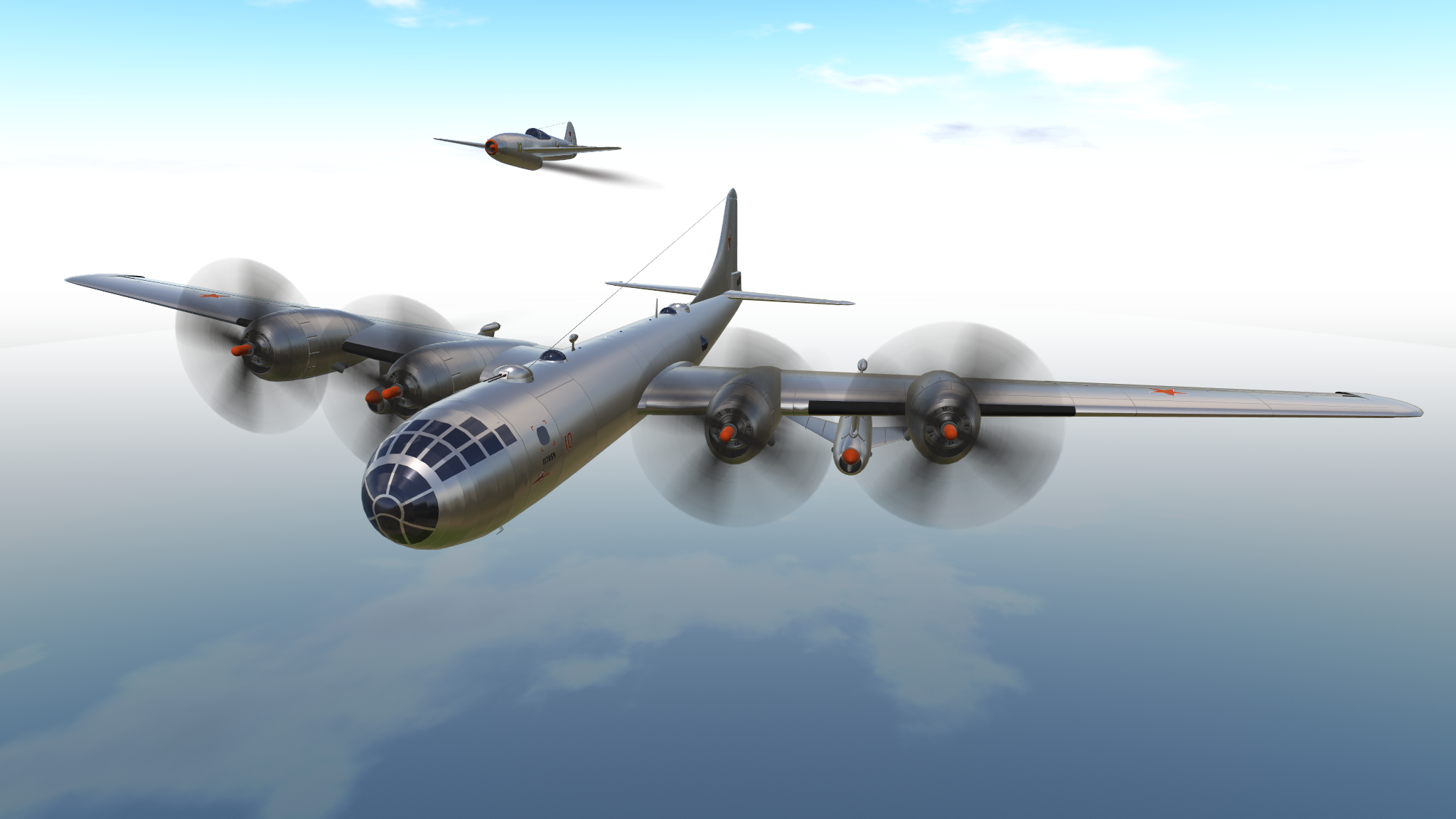 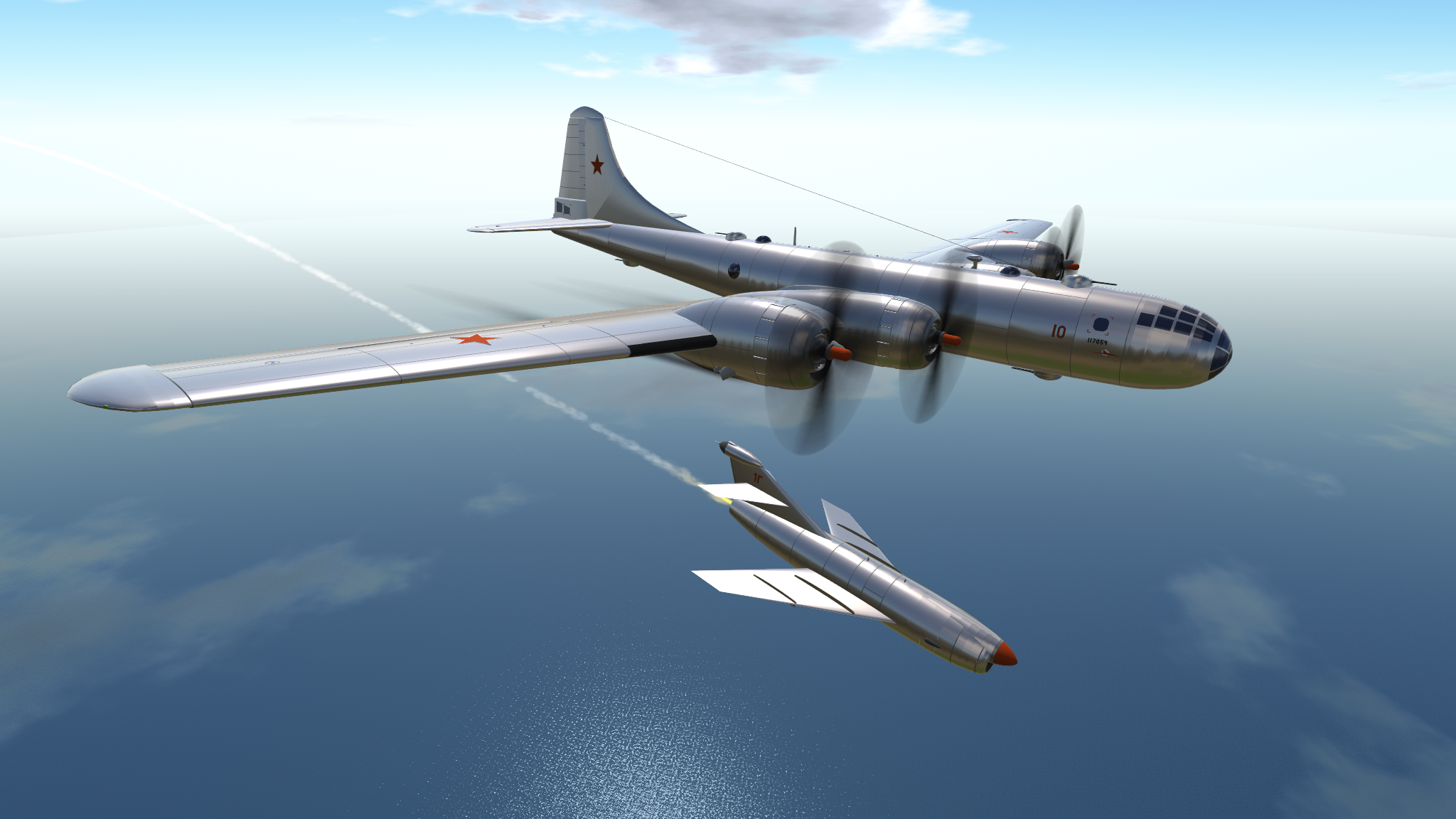 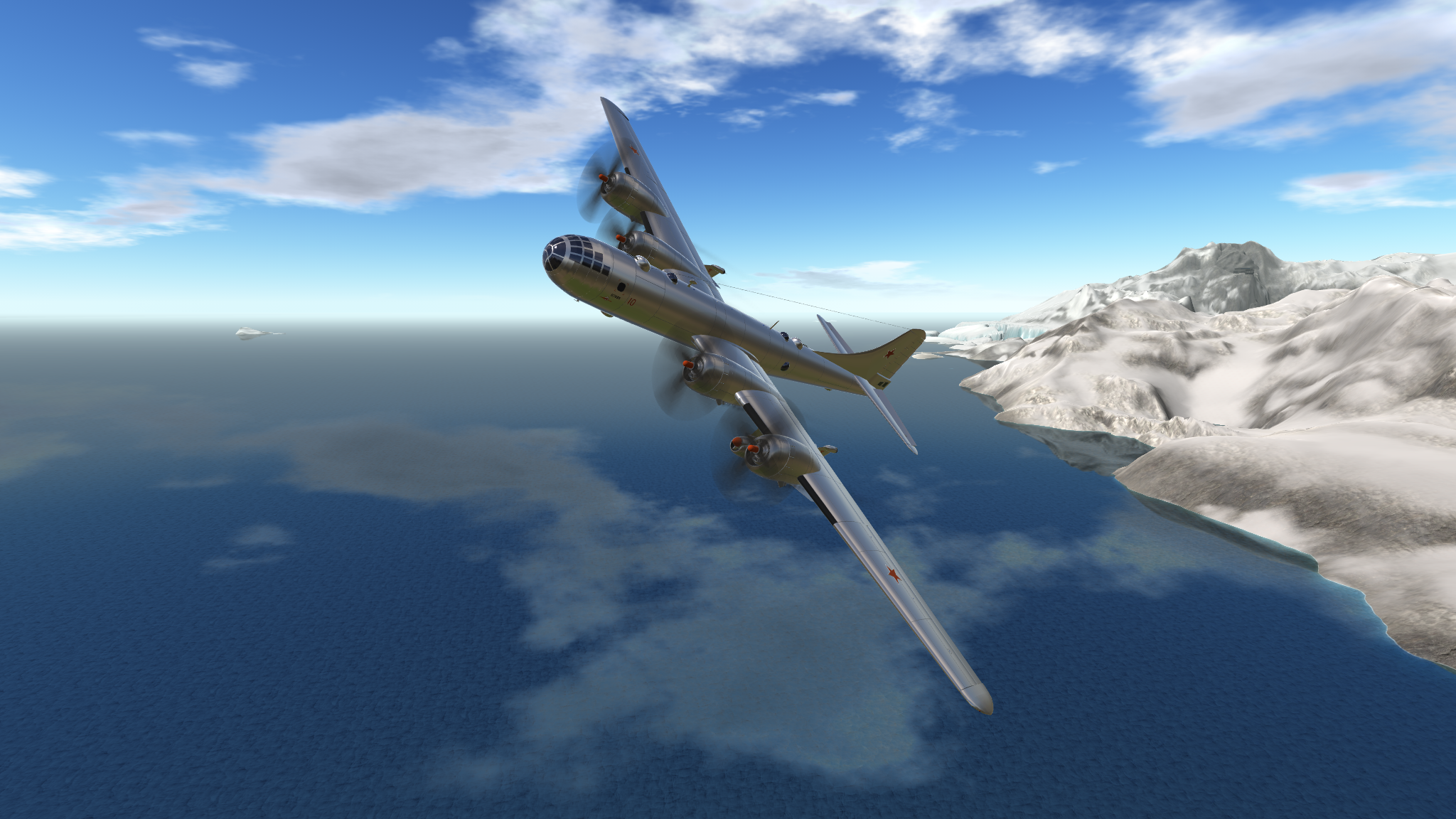 Isn't it great? The B-29 must be the only American bomber you can simply recycle as a Tupolev. Sort of.

For those who like Russian planes better; here's the Tu-4 version of my B-29... just because it allowed me to add those weird KS-1 "Komet" missiles, which were actually just small Migs without cockpit. The main other differences are the red stars (duh) and the fact that the Tu-4's turrets have 23mm autocannons instead of .50's. I don't know how to build overheating engines, runaway propellers or malfunctioning pressurization systems in SP, so it's pretty much still a B-29.

In any case; this thing is quite good at sinking ships, and the ventral and tail cannons can be used to shoot stuff on the ground. Preferably stuff that doesn't shoot back though ;)

Controls are the same as in the B-29, except that this one's bomb bays are empty, leaving lots of space in which to smuggle wodka. 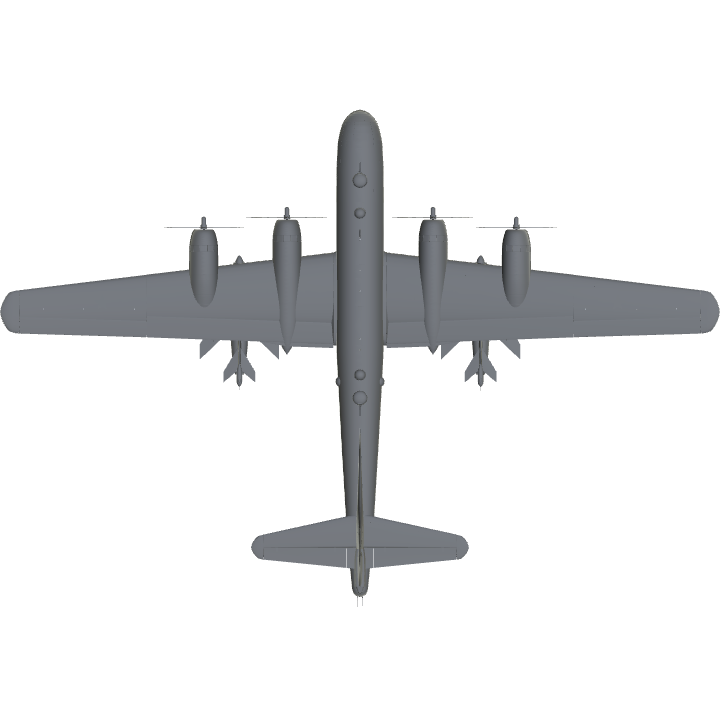 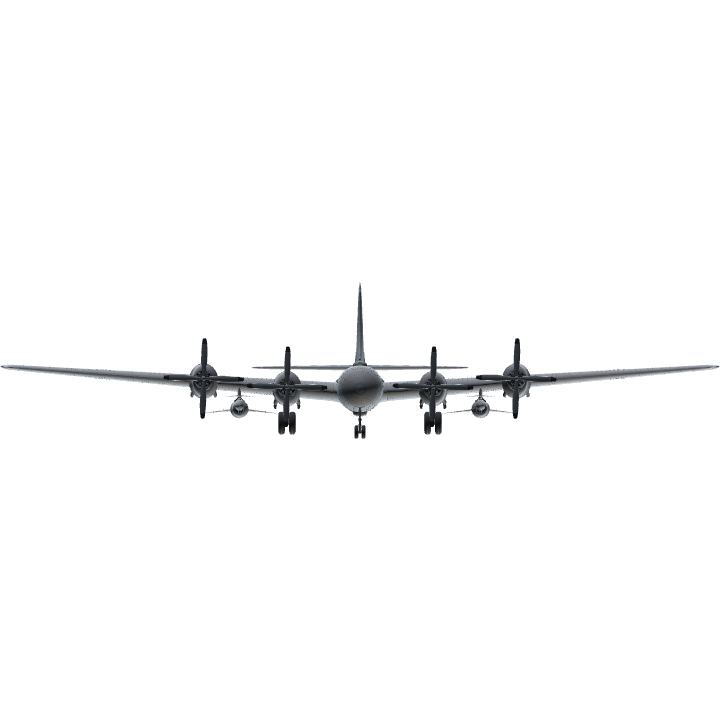