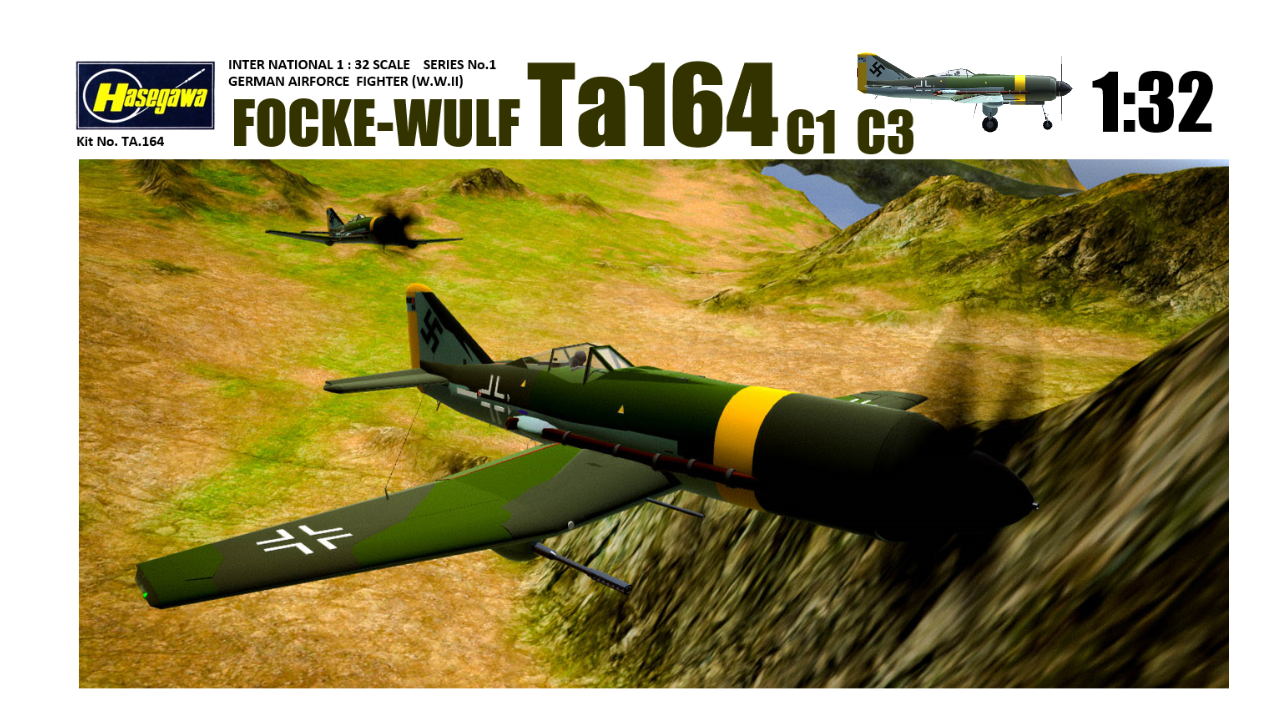 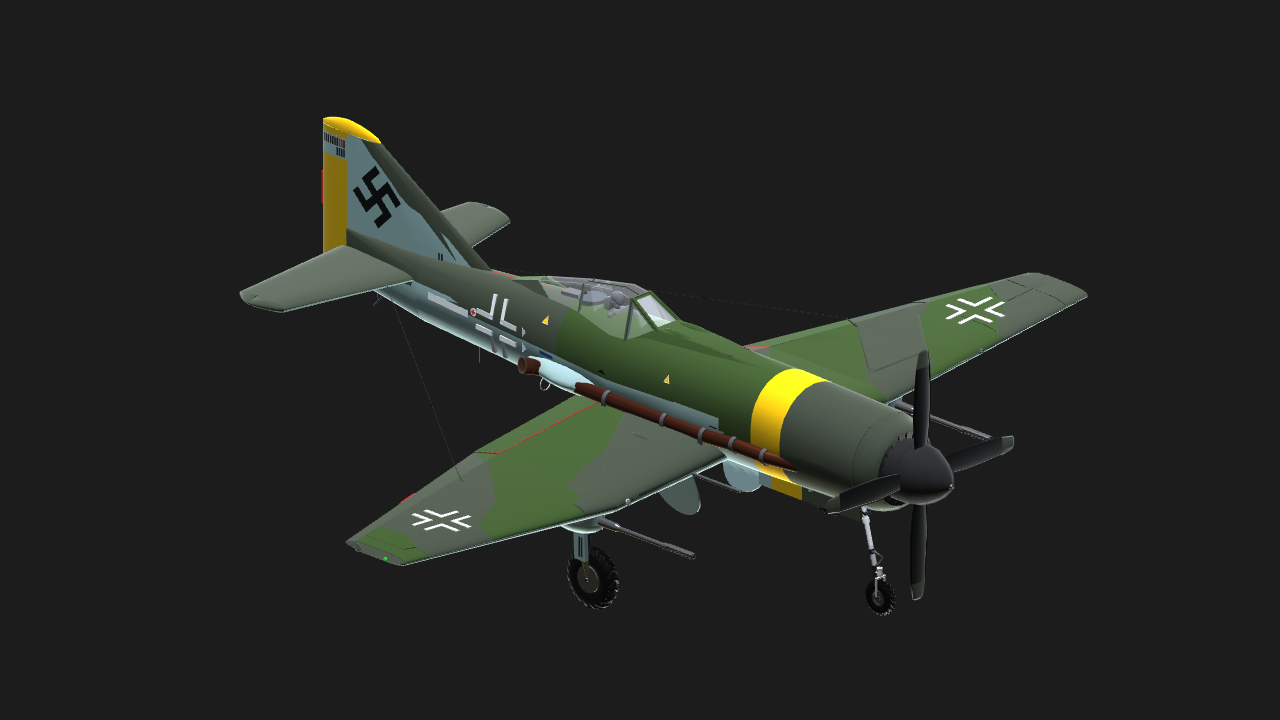 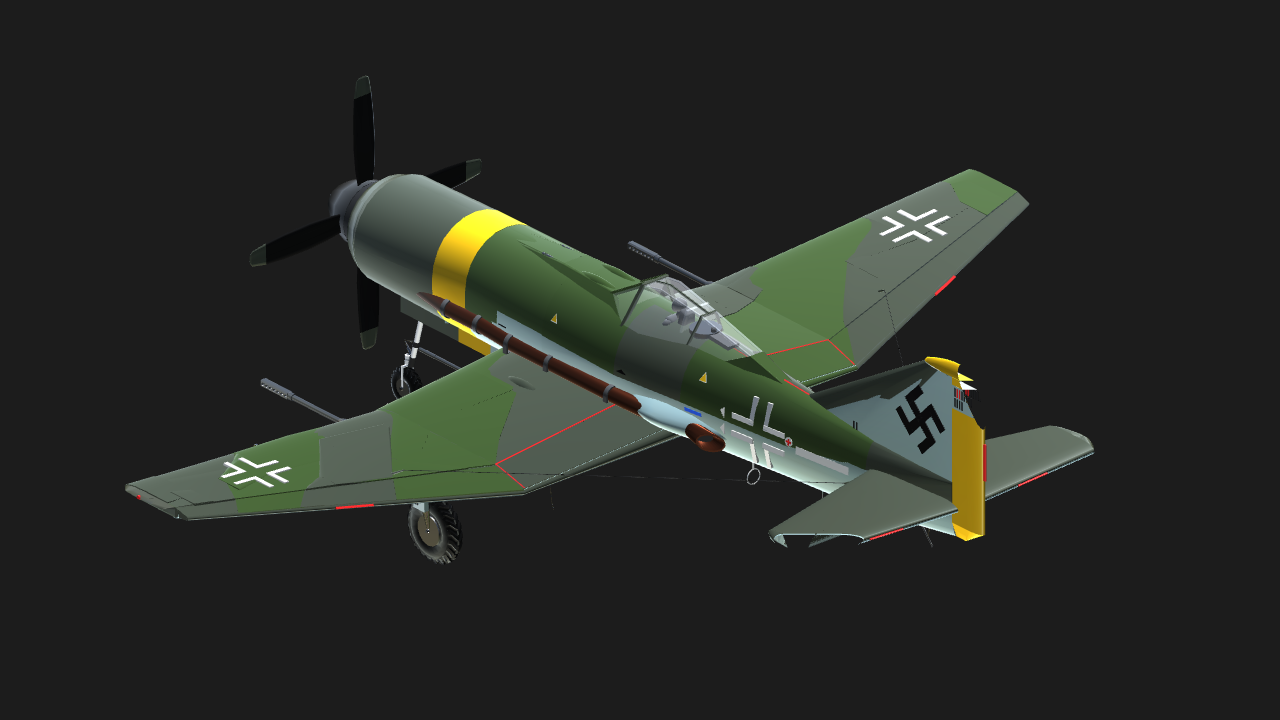 Brief fictional history: In World War II, the Luftwaffe was lack of high altitude fighter aircraft. To counter high-altitude allied fighters and bombers, the Focke-Wulf Ta-164 was created. It was equipped with Two staged Supercharged Junker Jumo213E-2 engine which allowed it to achieve the higher altitudes. It was armed with two MG131 13mm machine gun two MG151 20mm autocannon three Mk103 30mm autocannon one in the nose, to bring down a heavy bomber such as a B-17 Flying Fortress or B-24 Liberator, and just a single "shattering" hit to down a fighter. 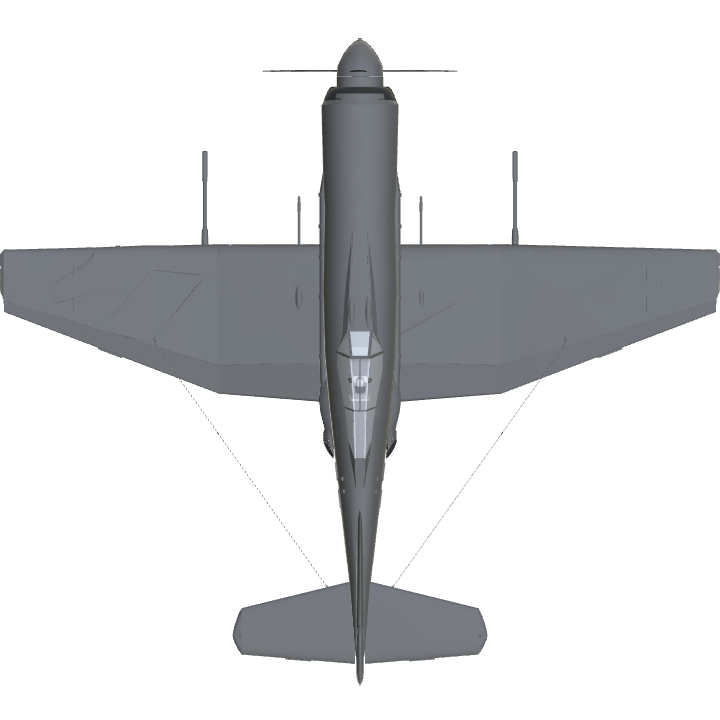 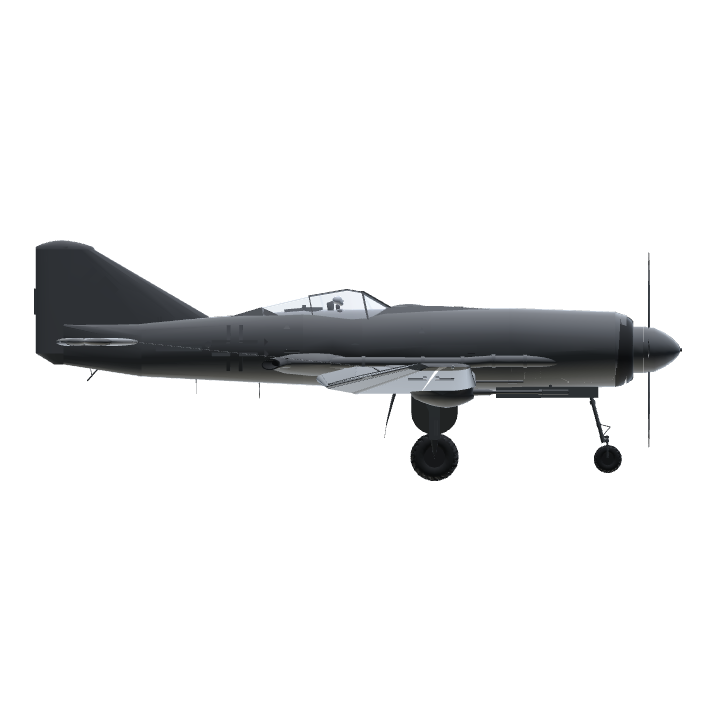 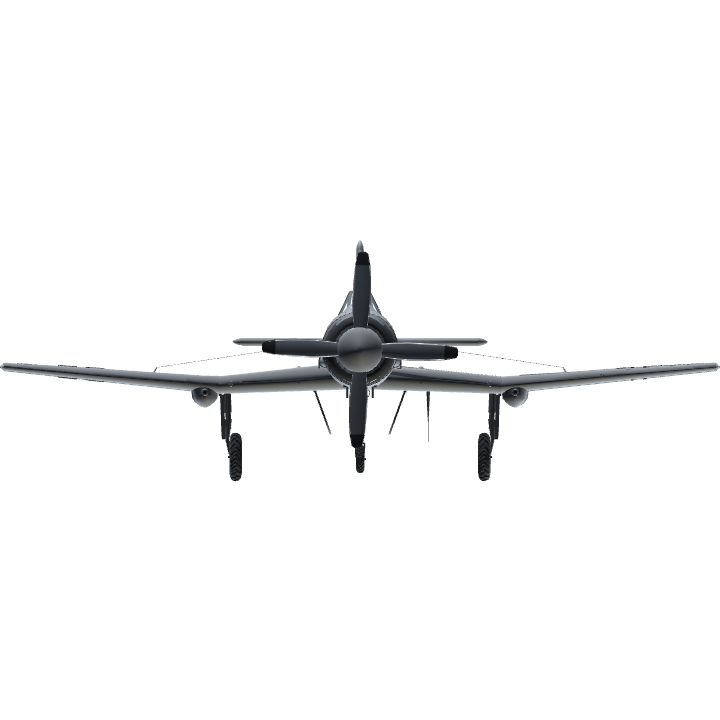