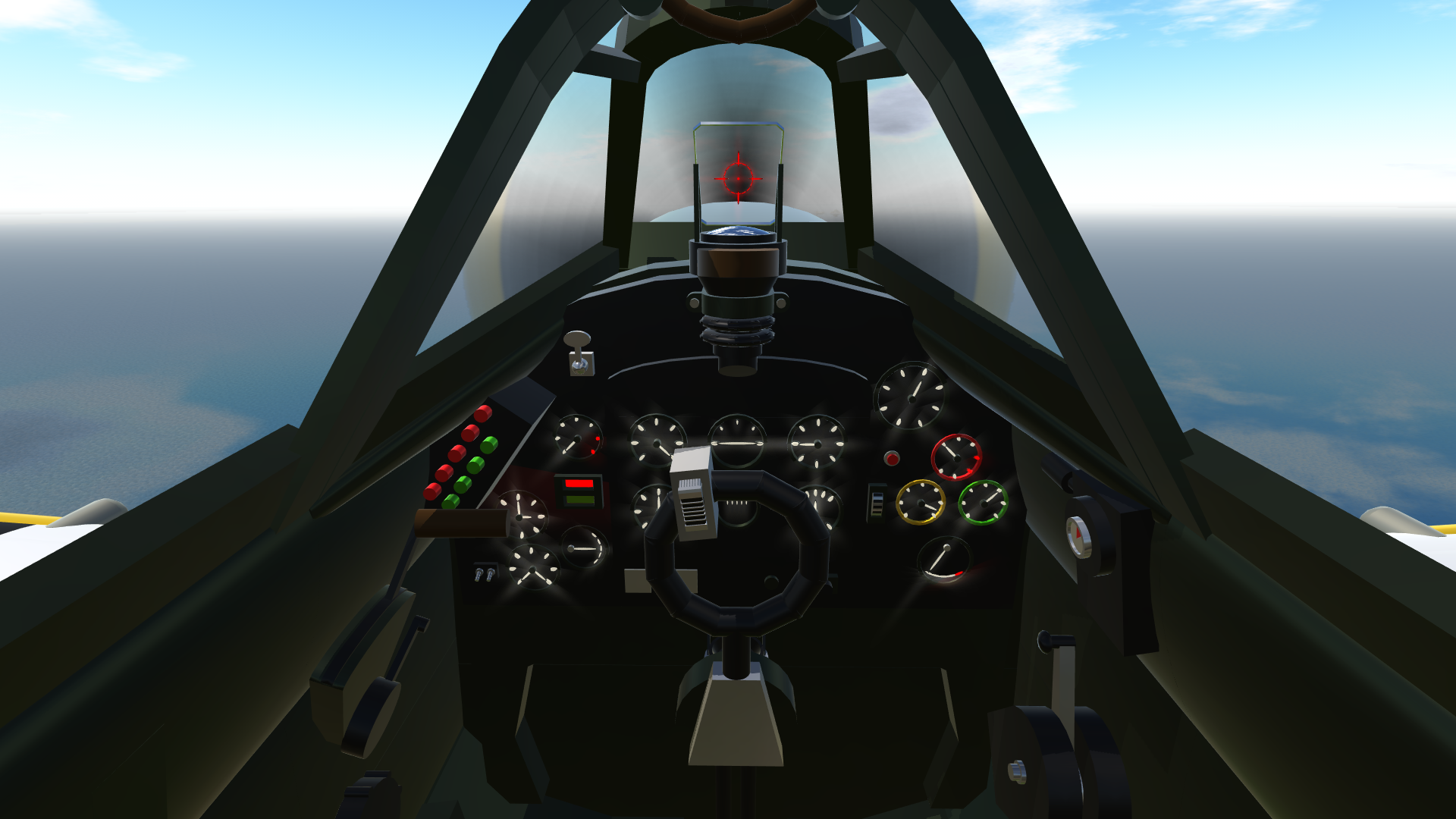 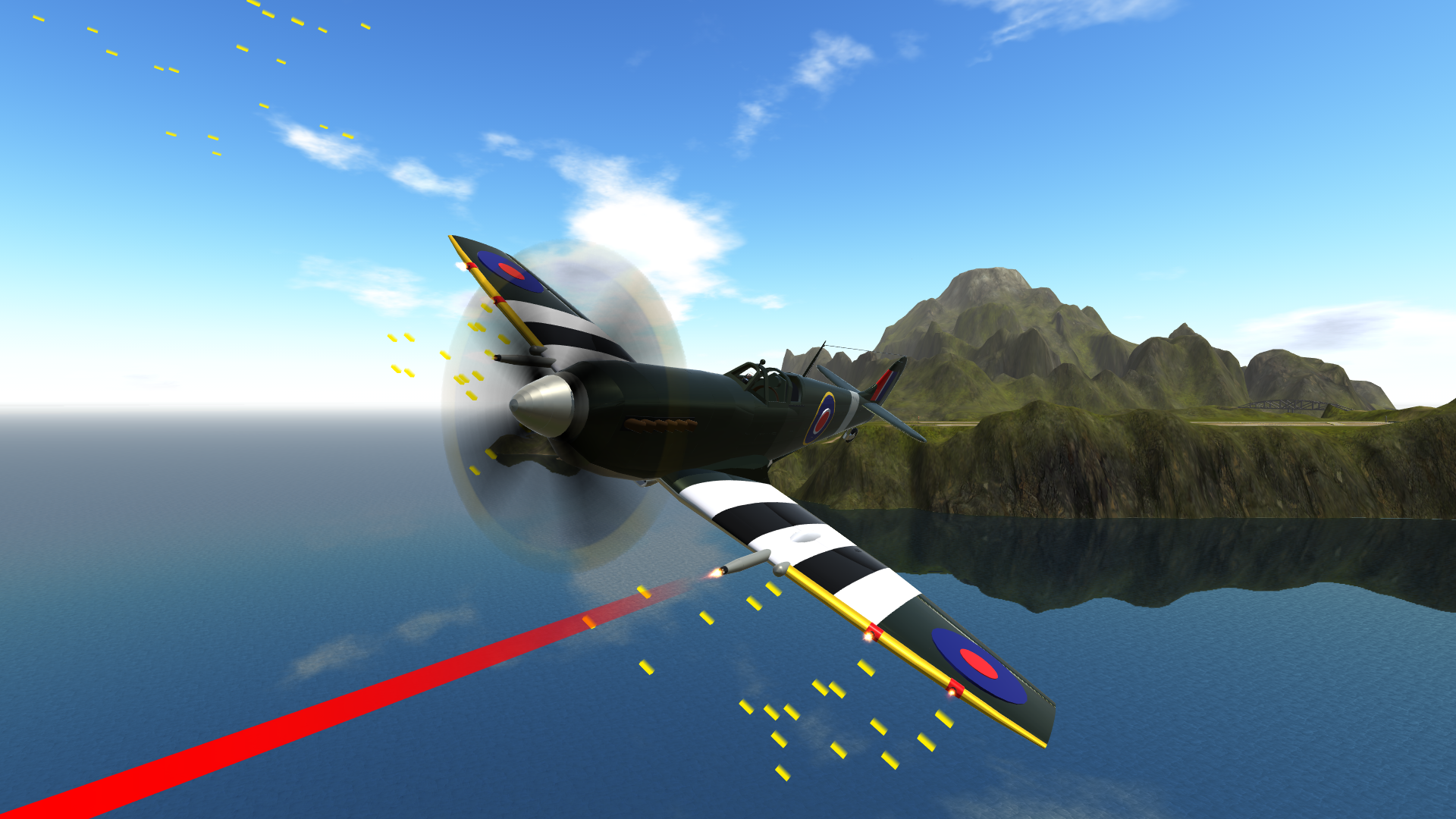 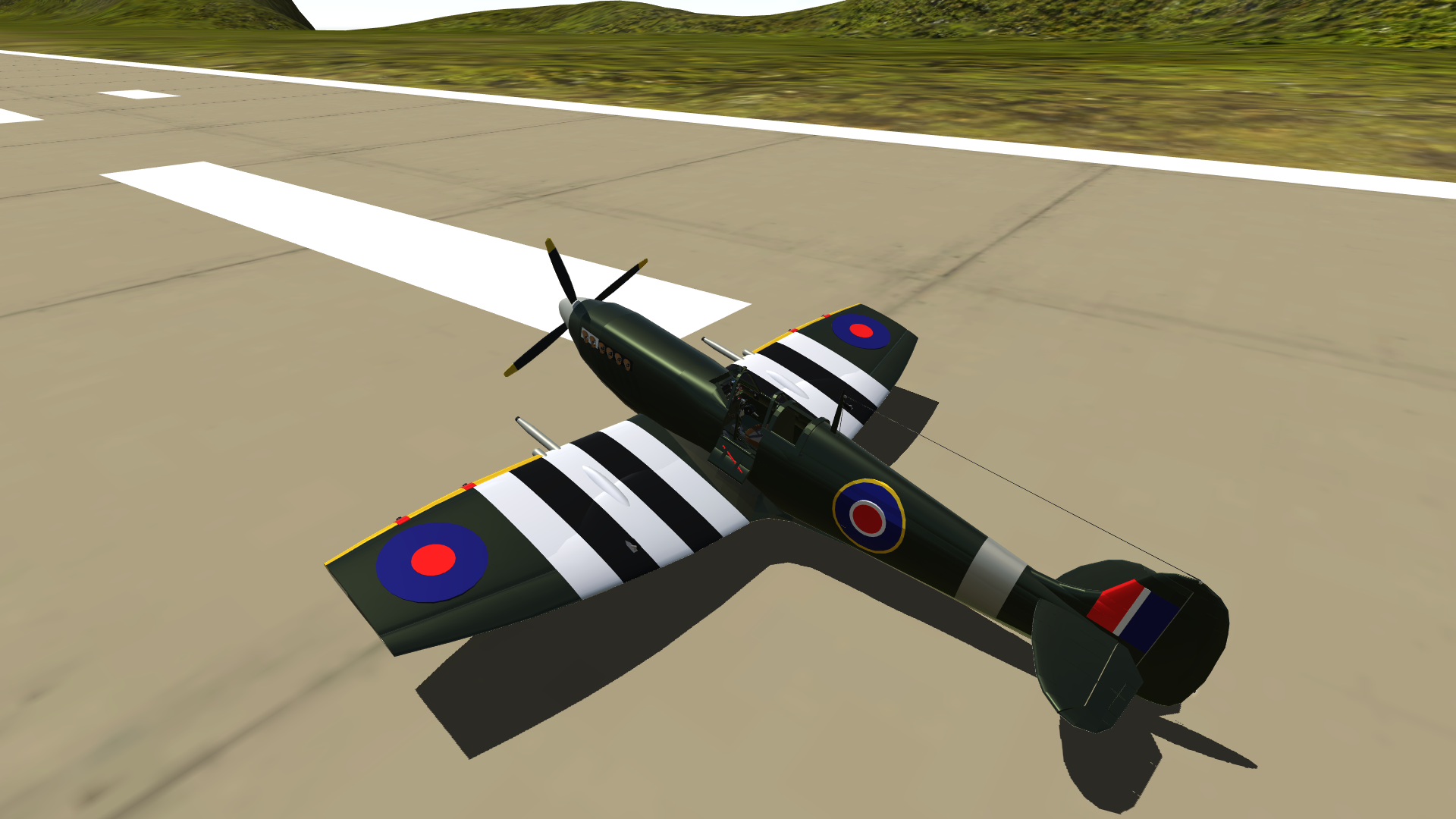 After 3 months build , this supermarine spitfire is finally finished. It is the plane I like best in the War Thunder and it is the most beautiful propeller aircraft that ever exsit in my opinion. 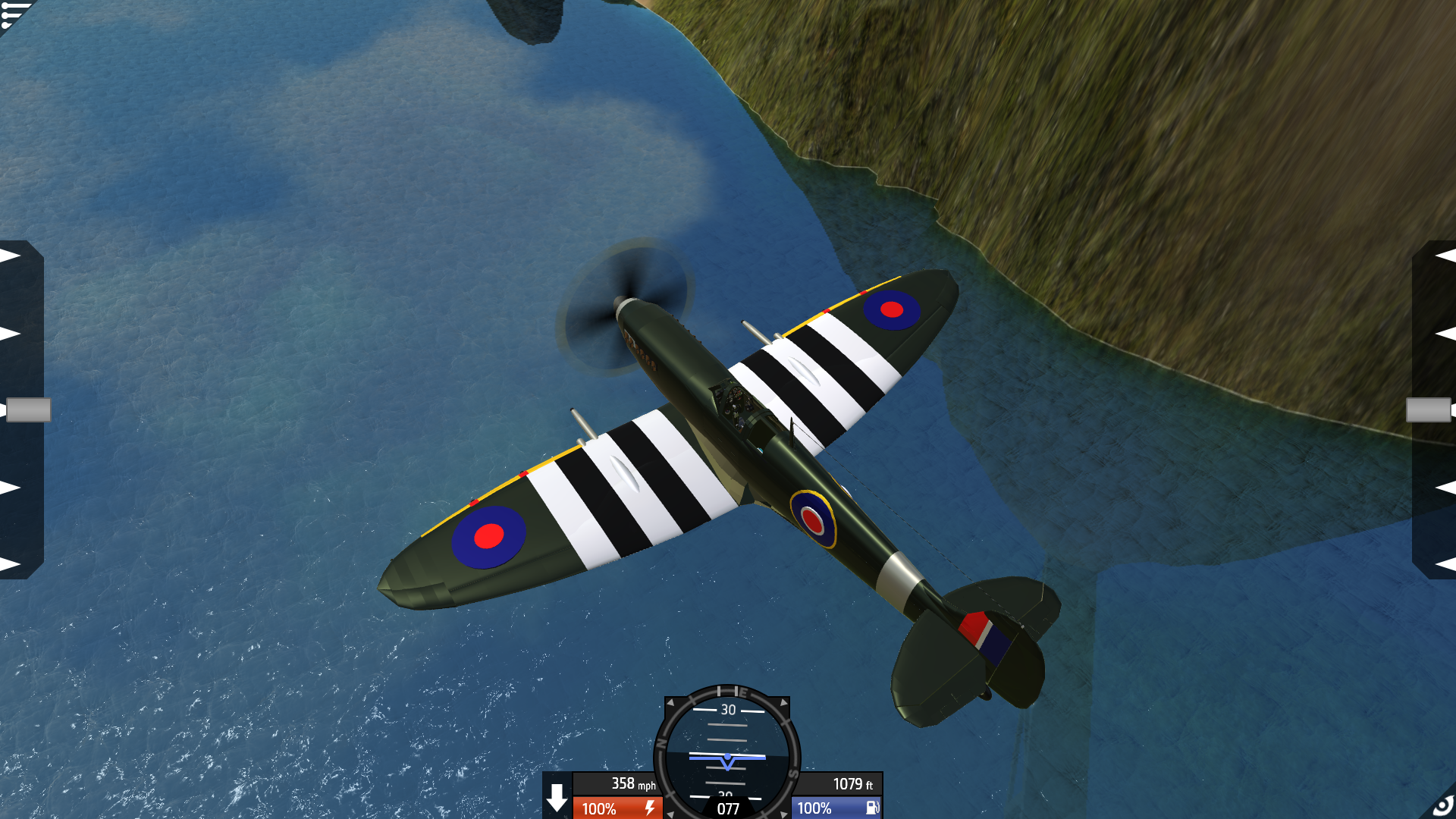 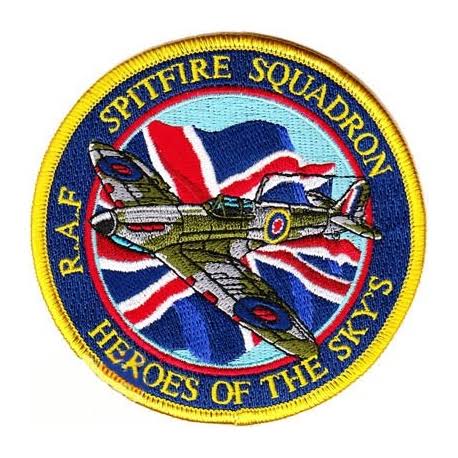 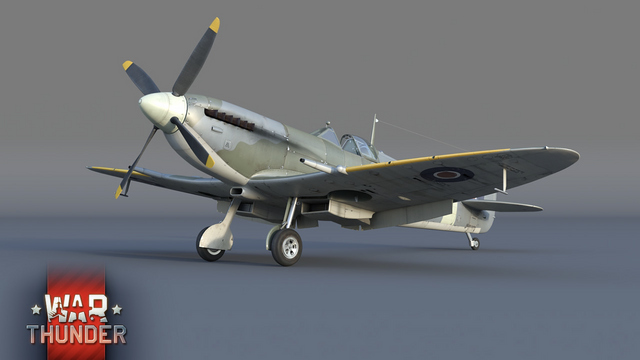 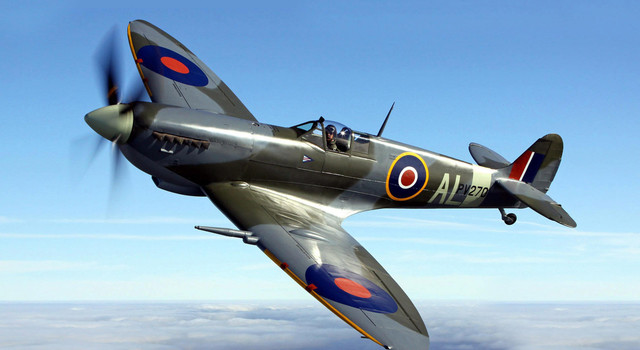 1.Details cockpit, basing on the real spit. (For some reasons the gradienter don't work well on phone in low physic, sorry about that.) 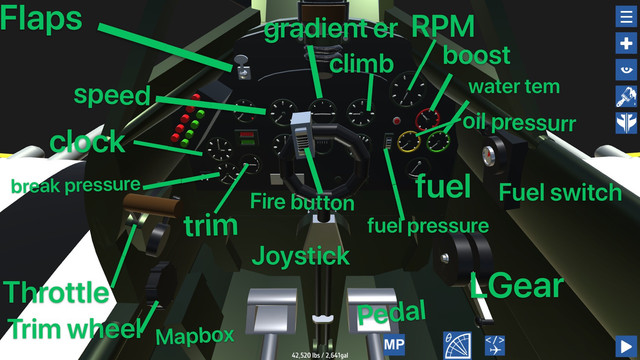 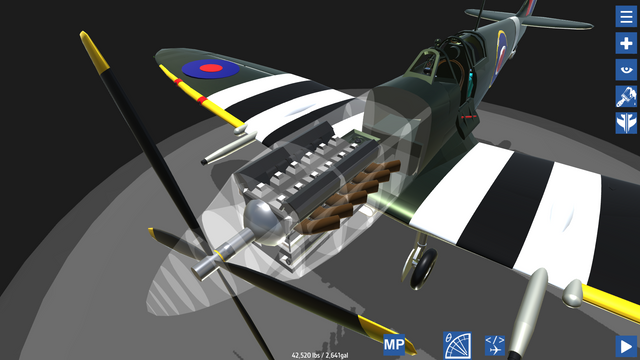 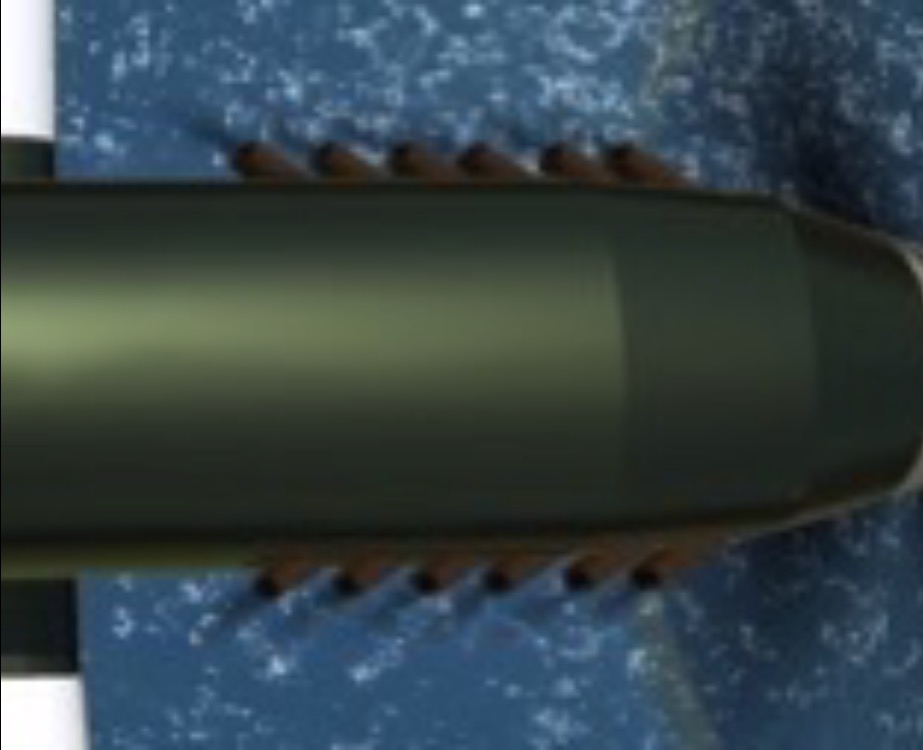 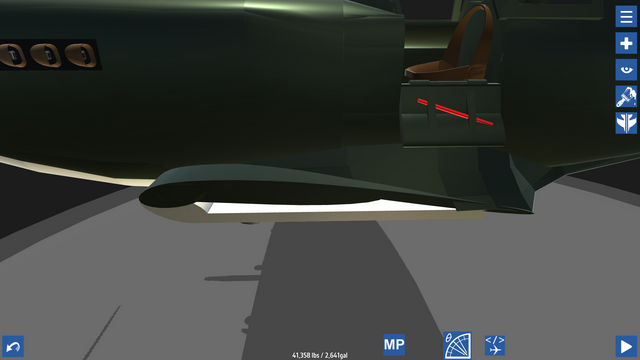 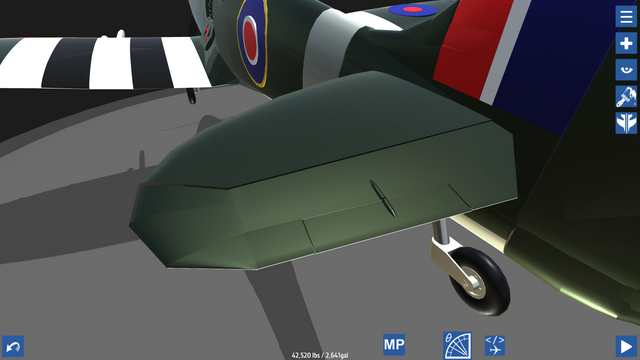 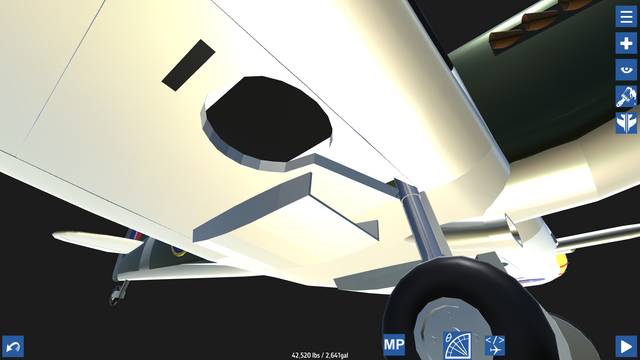 6.Realistic flap physic. By adding two rotatable wings and a spoiler to simulate the lift and drag. It can land in 85mph when flaps down and you and you need to add the throttle to 20% as you know the drag was increased. 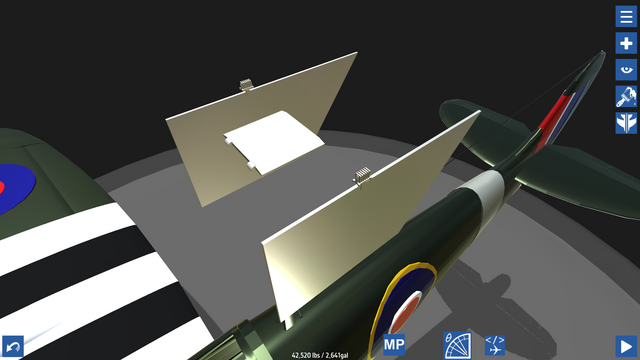 Why some spitfire have clipped wings:
Starting with the Mk V, some Spitfires had their rounded elliptical wingtips "clipped" outboard of the ailerons, and replaced by shorter, squared-off fairings to improve low-altitude performance and enhance the roll rate, one area where the Mk V fell badly behind the rival Fw 190. (Wikipedia) 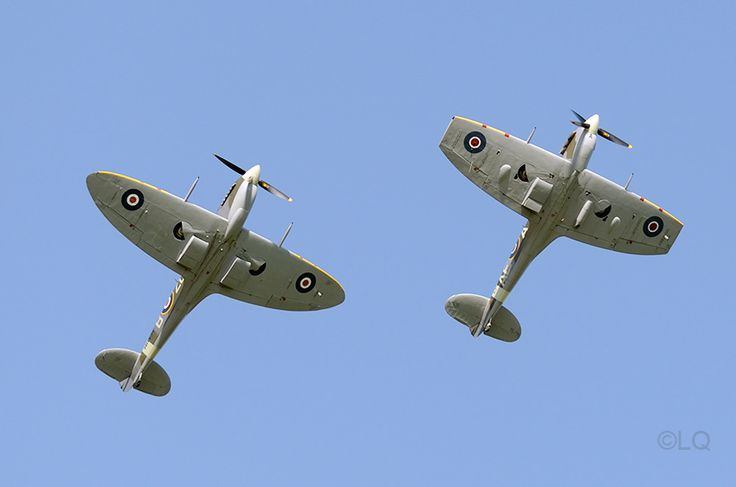 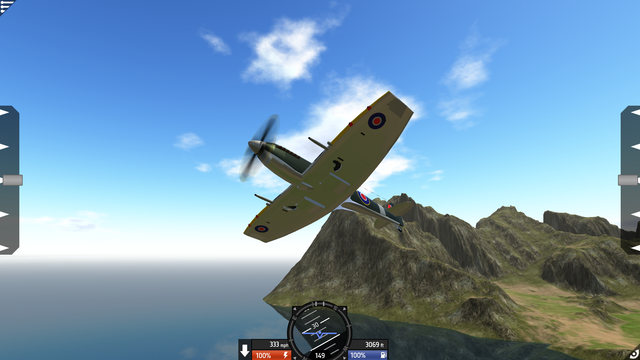 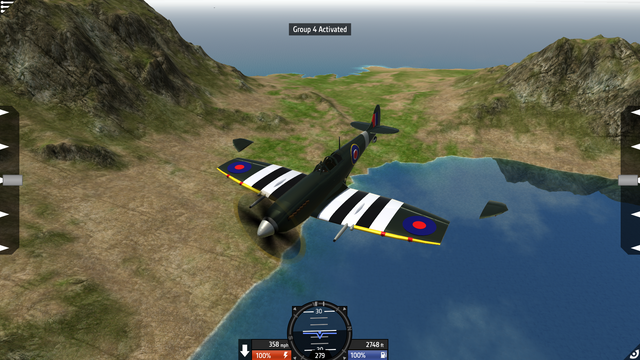 The Supermarine Spitfire is a British single-seat fighter aircraft used by the Royal Air Force and other Allied countries before, during, and after World War II.It was also the only British fighter produced continuously throughout the war.The British Supermarine Spitfire was facing several challenges by mid-1942. The debut of the formidable Focke-Wulf Fw 190 in late 1941 had caused problems for RAF fighter squadrons flying the latest Spitfire Mk Vb.
More:
Spitfire wiki
Mk IX wiki 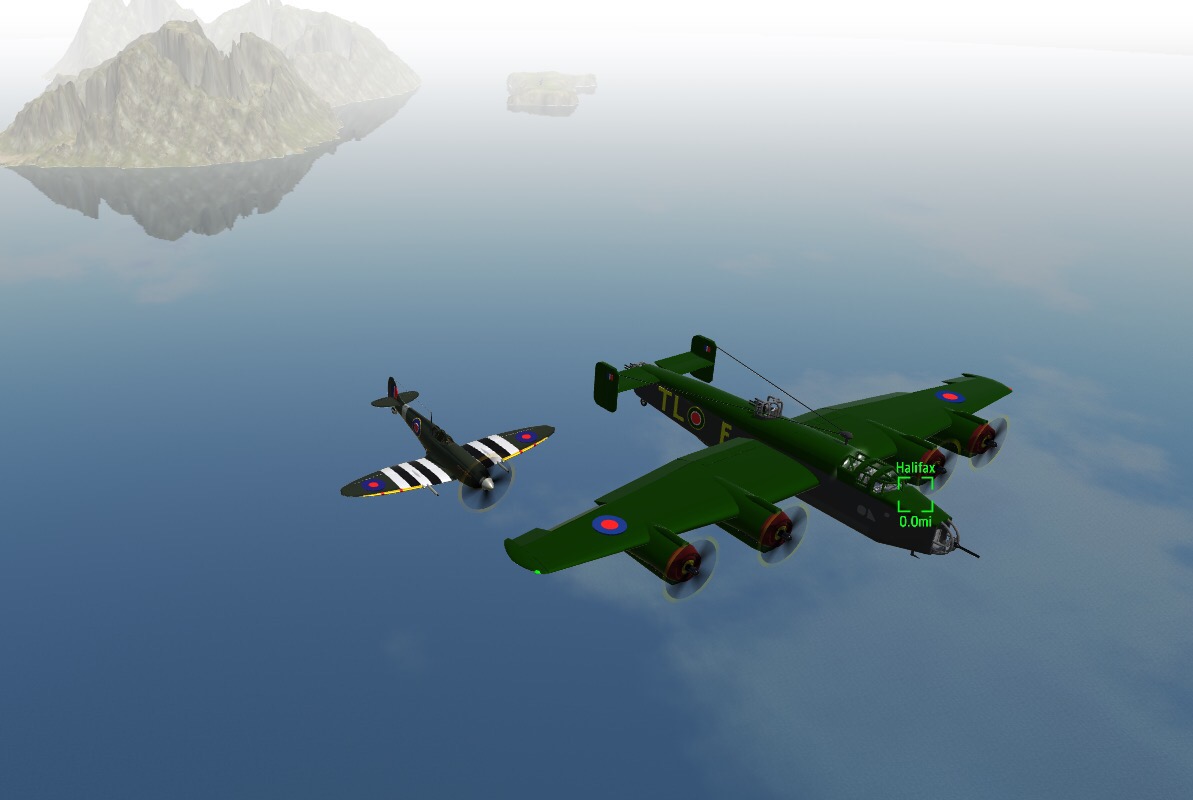 Attacking a 190 (sorry for destorying your plane XD@Kimcotupan15 ) 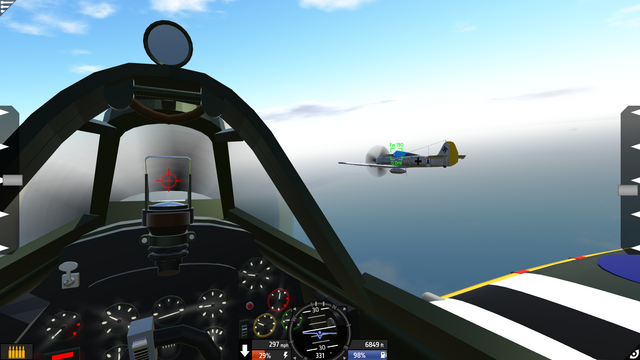 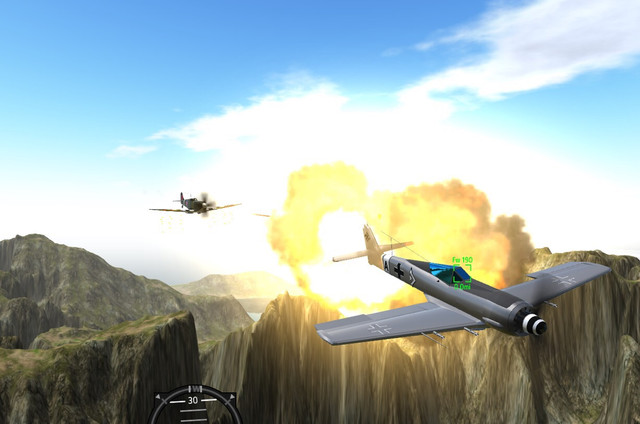 Fueling in the Yeager Airport 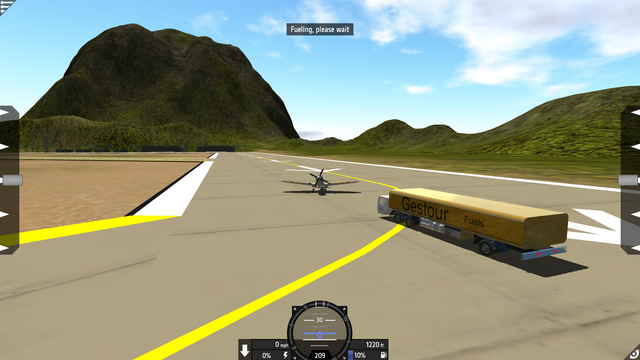 Just landed in the Bandit Airport 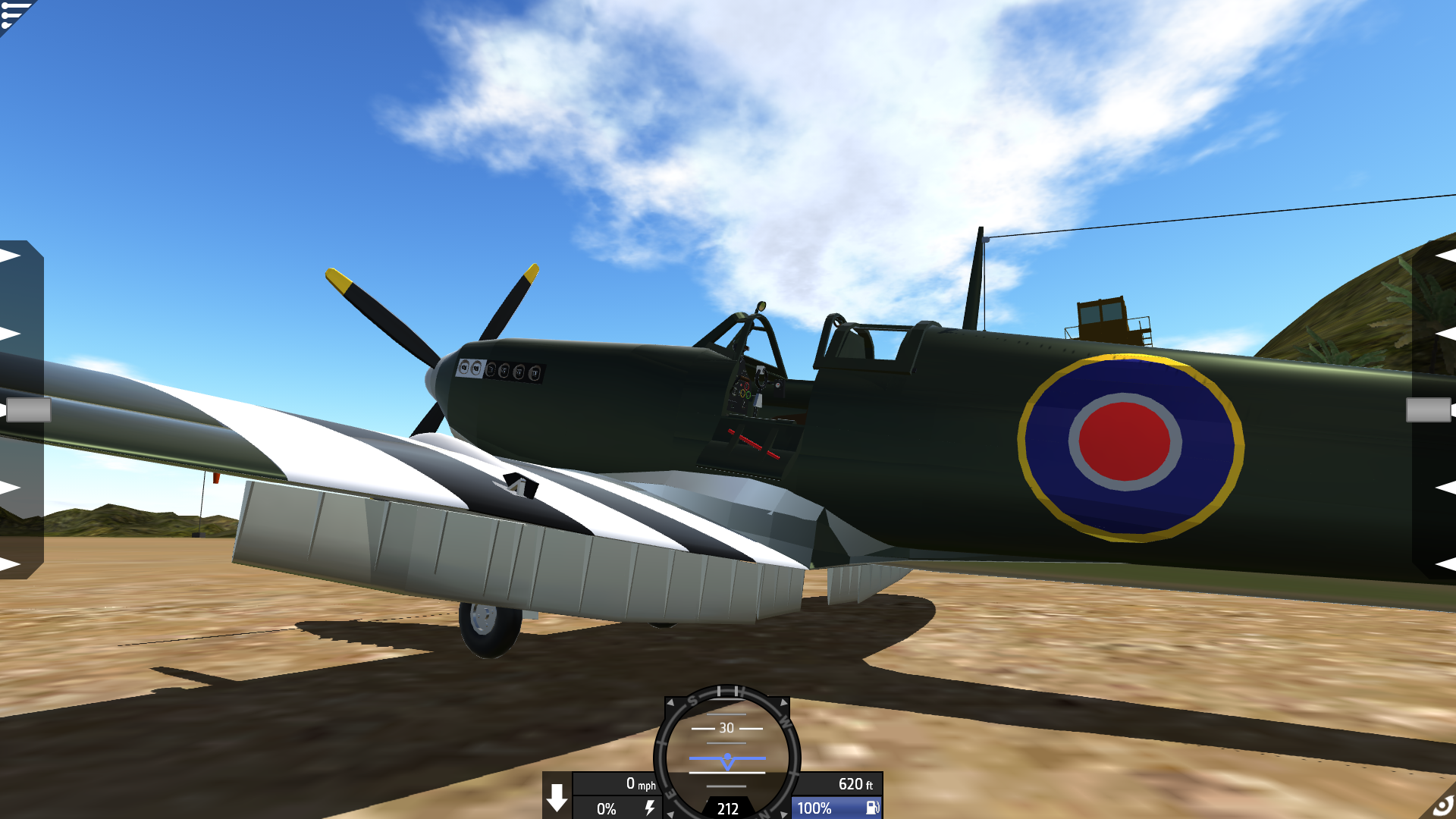 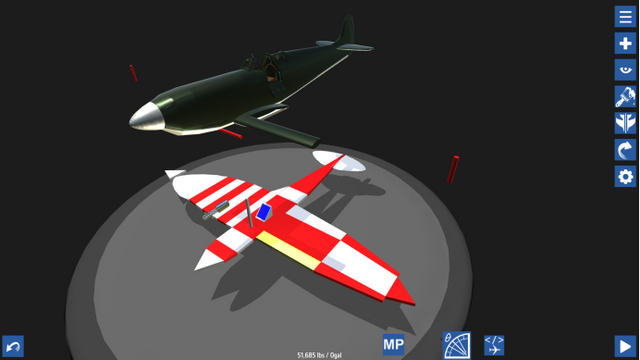 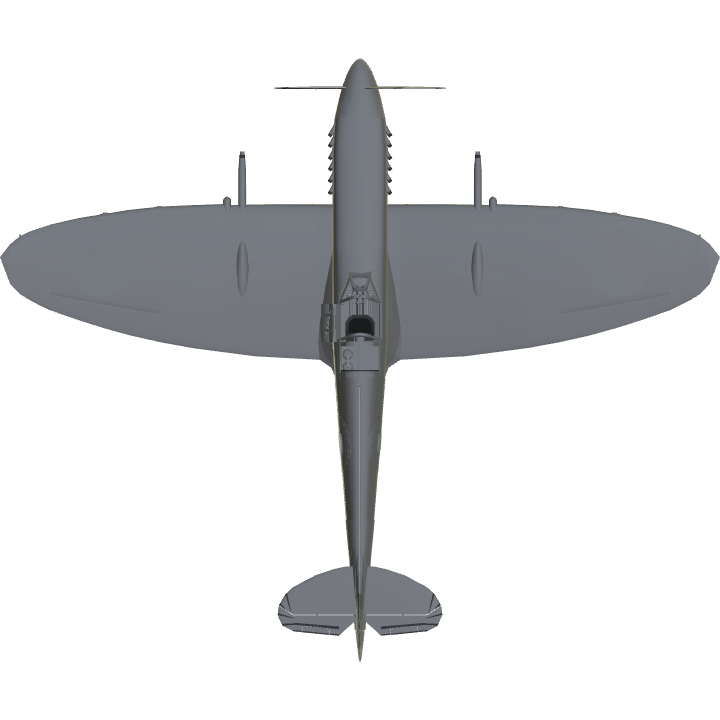