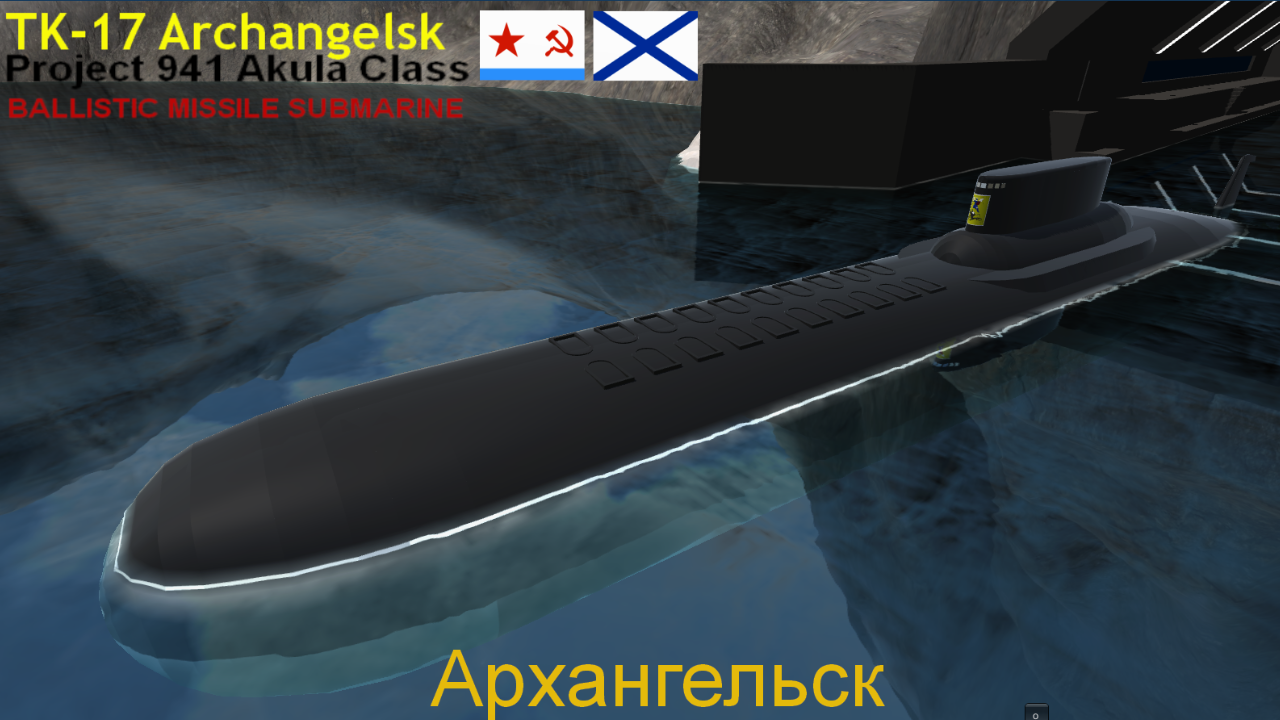 The largest submarine ever constructed, built with two pressure hulls and designed to carry both its R-39 Ballistic missiles and a host of weapons used for its defense. This Typhoon class replica comes with a near 1:1 scale size and blueprint modeled shape, alongside a whole host of defensive weaponry.

TK-17 was named after the port city of the name name, itself named after a nearby monastery dedicated to the Archangel Micheal. The city's Coat of Arms, displayed on the submarine's conning tower, is based on a legend that the Archangel himself defeated the Devil near where the city stands. Legends further believe that the he stands guard over the city, preventing the devil's return. TK-17 would also receive the honor of being visited by president Vladimir Putin in 2004, where he spoke with crew members and inspected the vessel. Just two years later it would be decommissioned, kept in reserve and awaiting either a refit or scrapping. Versatile Anti-Submarine Torpedo with full maneuverability.
- Add at least 1% Throttle
- Press AG1
- Make sure 'SET-65 Torpedo' is selected
- Fireweapon to Launch
- TRIM and Yaw to control the Torpedo
- Select the 'Fuse' weapon and FireWeapon to detonate. The Rocket can also be used for a less effective impact detonation. Devastating Nuclear Armed rocket capable of guiding a Potent Nuclear payload toward a chosen location. Given guidance for ease of use at the cost of realism.
- AG2
- Select "RPK-2 Vyuga"
- Fireweapon to Launch
- Trim to control Pitch, Roll to steer.
- Pitch up out of the water, travel to target location, pitch down into water.
- Select 'Nuclear Depth Charge' and Fireweapon
NUKE WARNING: DO NOT Detonate near the Submarine or your camera, or you will risk Lag, Crashes, and possible self destruction of craft. An Anti-Submarine Missile equipped with a Lightweight UGMT Anti-Submarine Torpedo.
- AG3, Air to Ground mode
- Select "RPK-6 Vodopad" Weapon
- Fireweapon
- Trim and Yaw for guidance
- Trim up and out of the water, fly to target area.
- Switch Weapon to UGMT, Fireweapon
- Press AG4 and 5 to activate Parachutes for each torpedo, recommended to ensure a smooth transition from air to water.
- Trim and Yaw for Torpedo Guidance (make sure at least 1% throttle is applied)

You can also just launch the Torpedoes by selecting UGMT and Firing them right out of the tube.

Having gone well past my 500 part limit before with the Ships I made I decided not to be stingy with the parts on the submarine. Fortunately I decided to have a lower part version uploaded for those who might not want the extra detail! Originally to be simply a Typhoon, it was suggested I put a coat of arms on the conning tower just like how it was done on the Kursk. Sure enough I looked up and found the Archangelsk and knew it was a good choice of named submarine to upload. Hope you all enjoy! 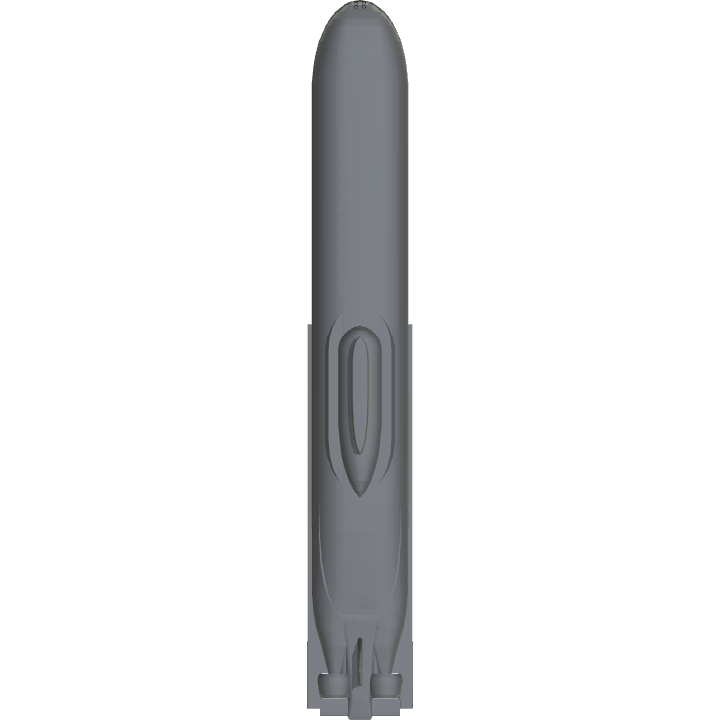 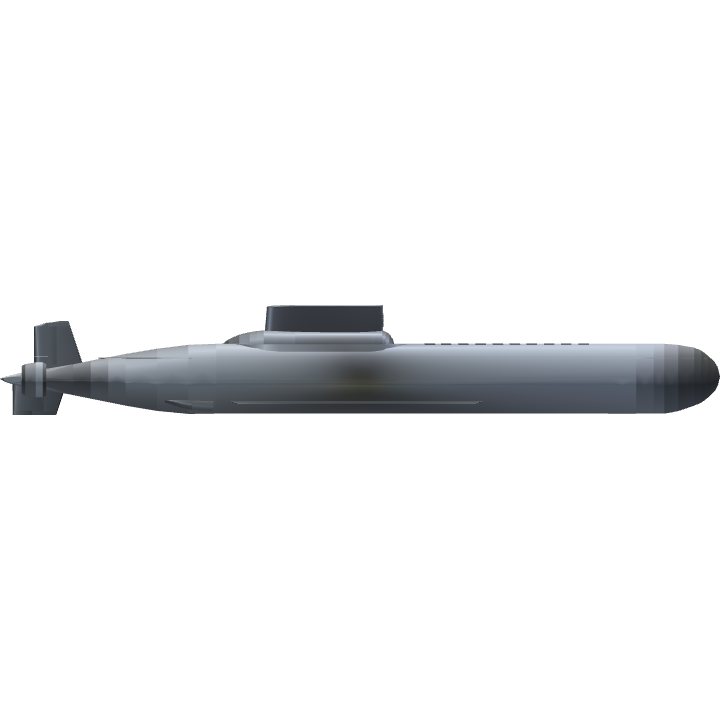 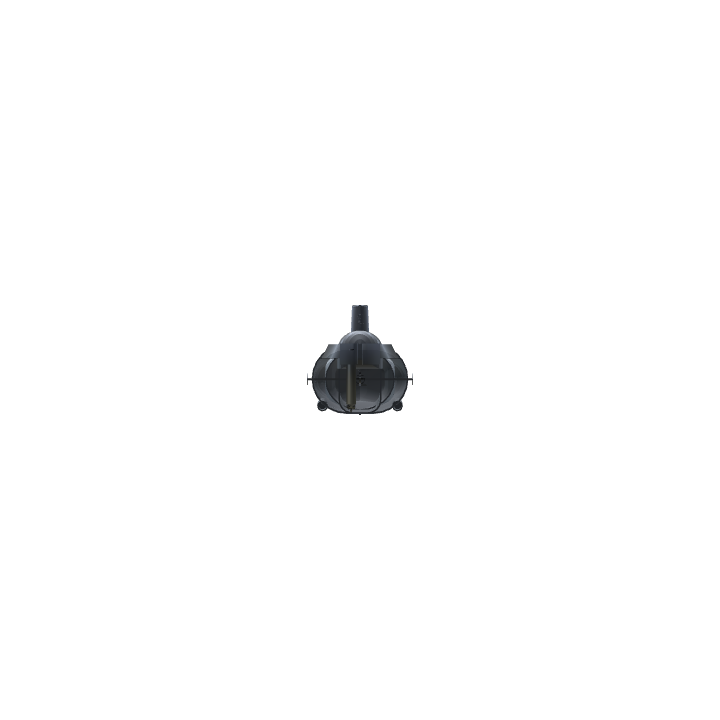