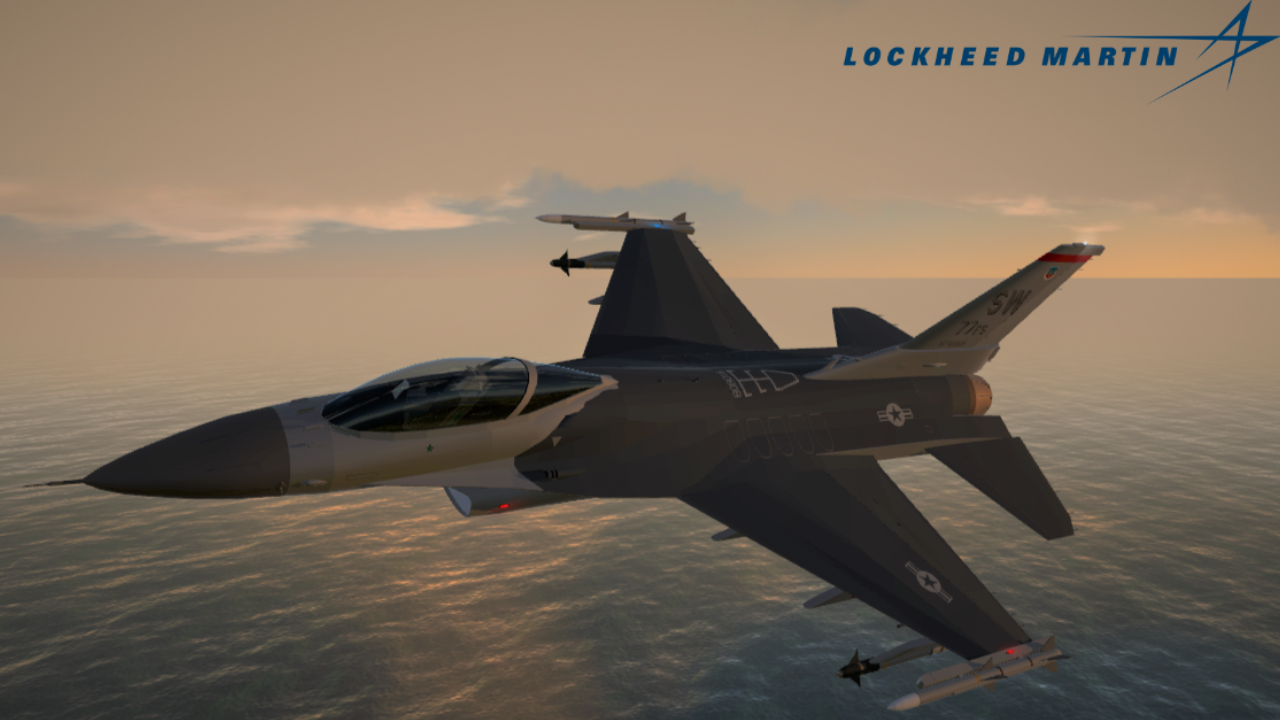 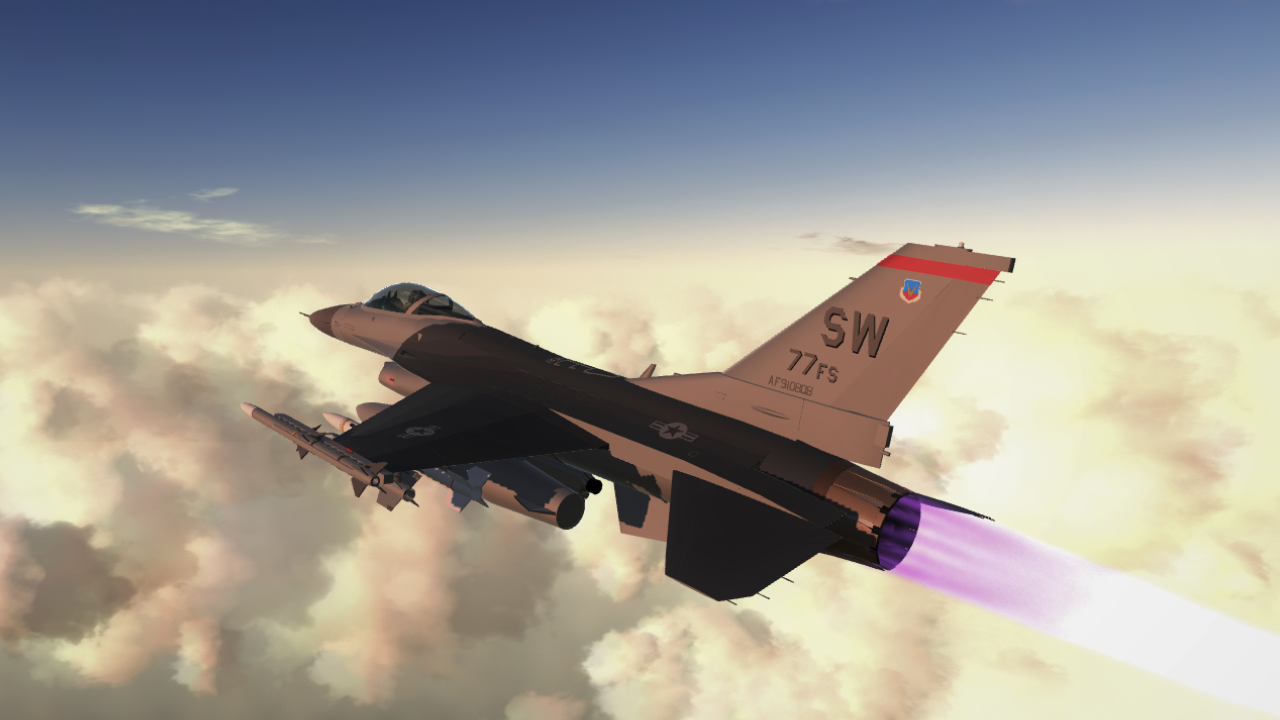 The General Dynamics F-16 Fighting Falcon is a single-engine supersonic multirole fighter aircraft originally developed by General Dynamics for the United States Air Force (USAF). Designed as an air superiority day fighter, it evolved into a successful all-weather multirole aircraft. Over 4,600 aircraft have been built since production was approved in 1976. Although no longer being purchased by the U.S. Air Force, improved versions are being built for export customers. In 1993, General Dynamics sold its aircraft manufacturing business to the Lockheed Corporation, which in turn became part of Lockheed Martin after a 1995 merger with Martin Marietta.

Landing
Gear down when below 300 mph
Extend Air Brakes through approach
Vary throttle around 20% depending on configuration.
Aim flight path marker on hud towards desired touchdown spot
Gradually decelerate to 165 mph
When above runway use AoA lights on dash to guide impact 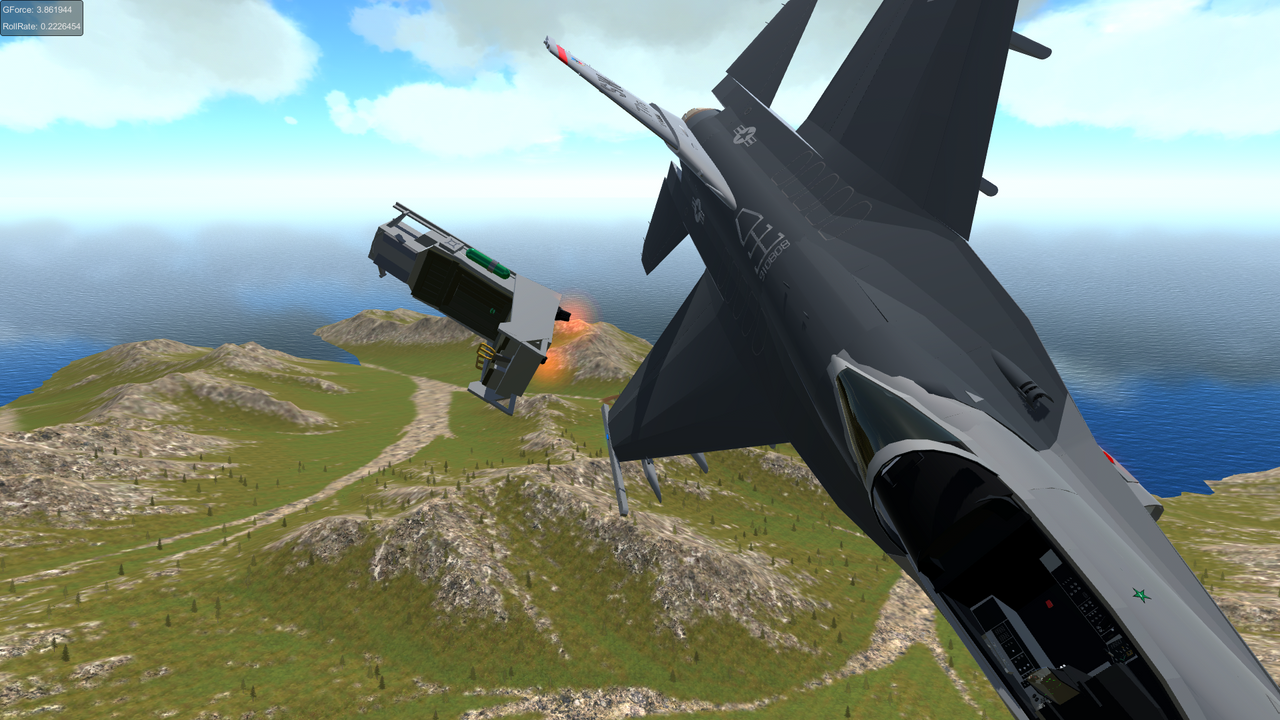 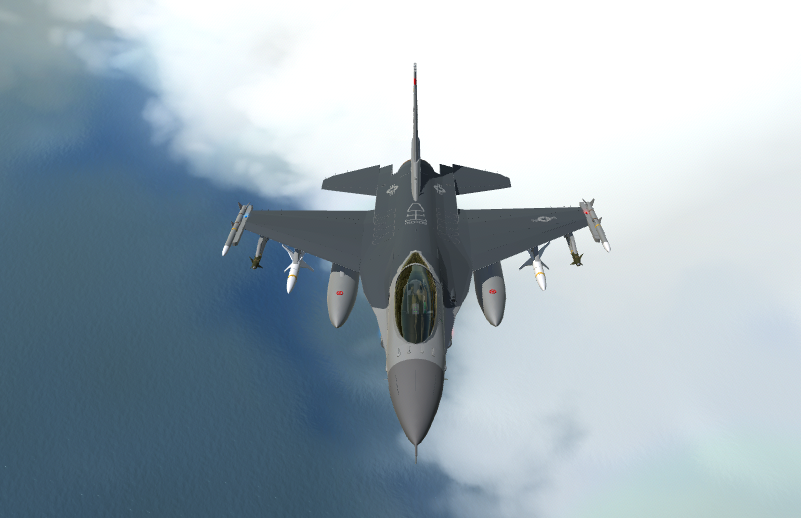 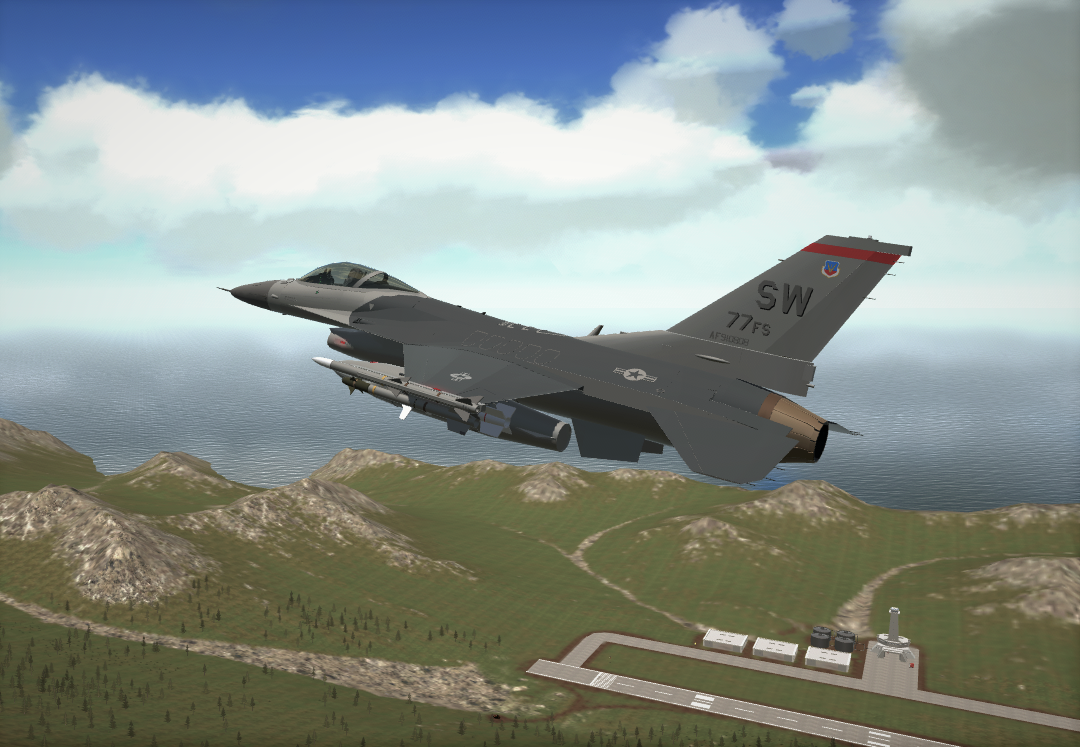 Thank you to ChrisPy and BogdanX for feedback and help 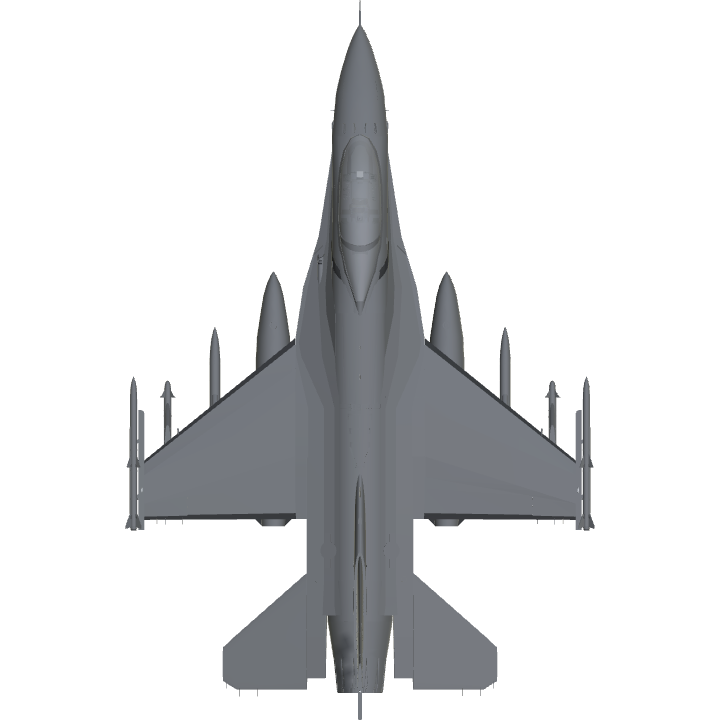 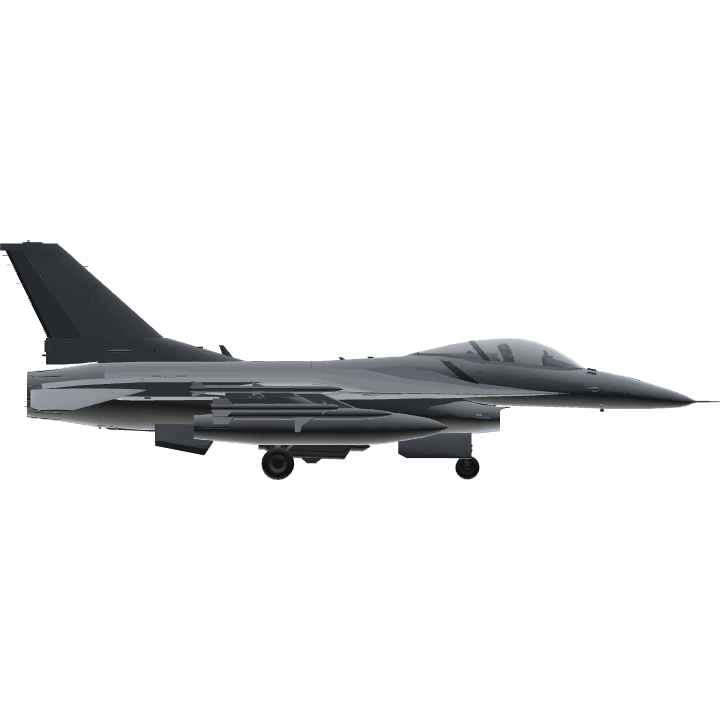 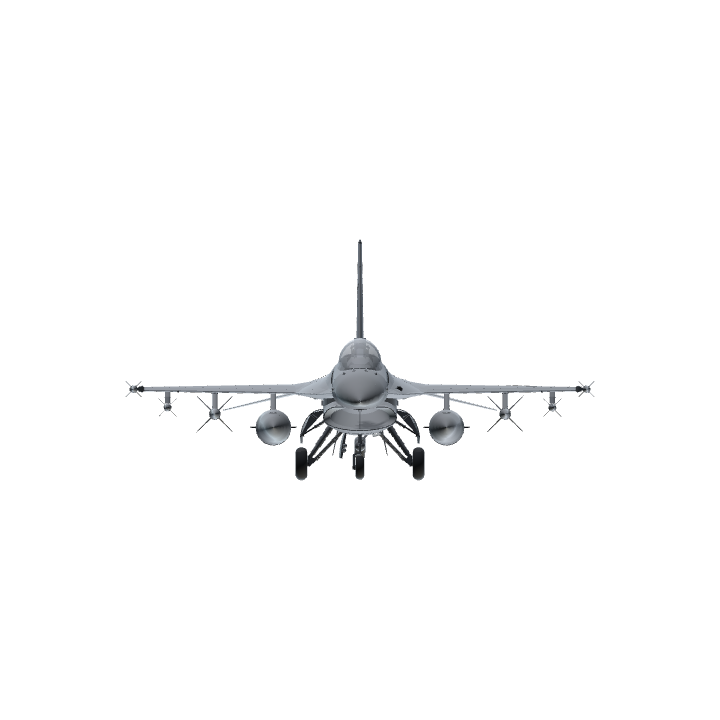