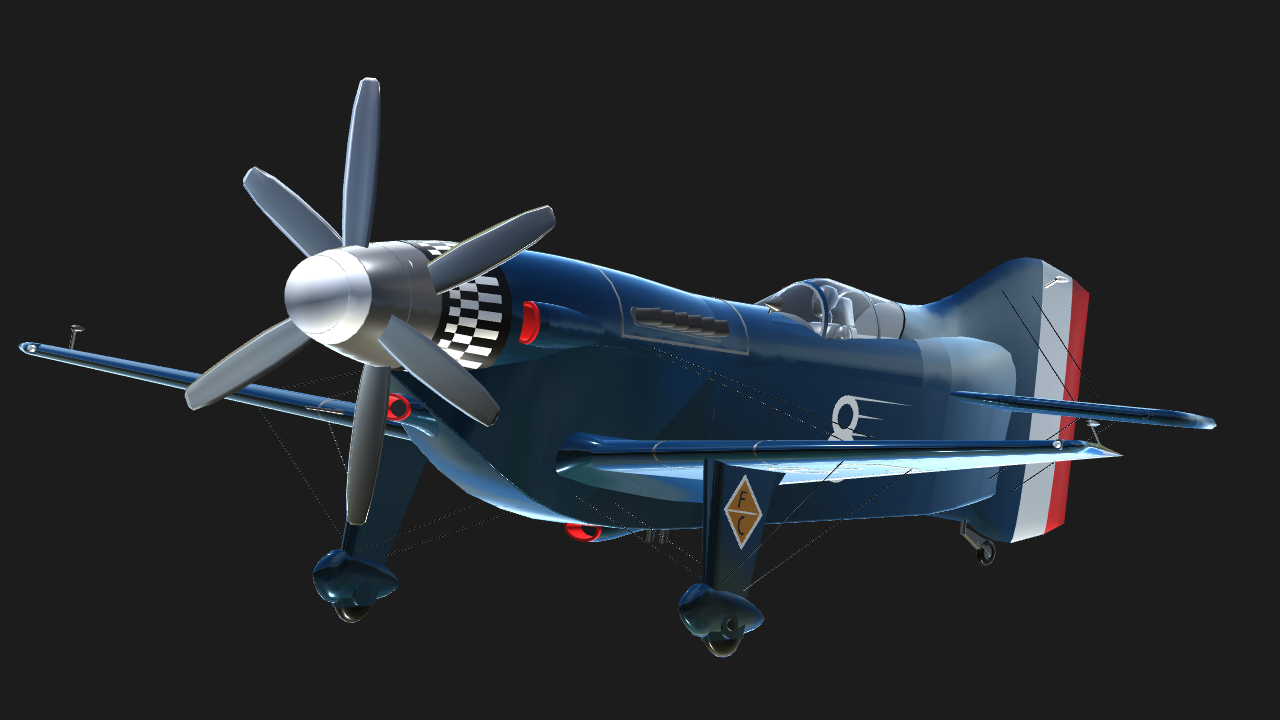 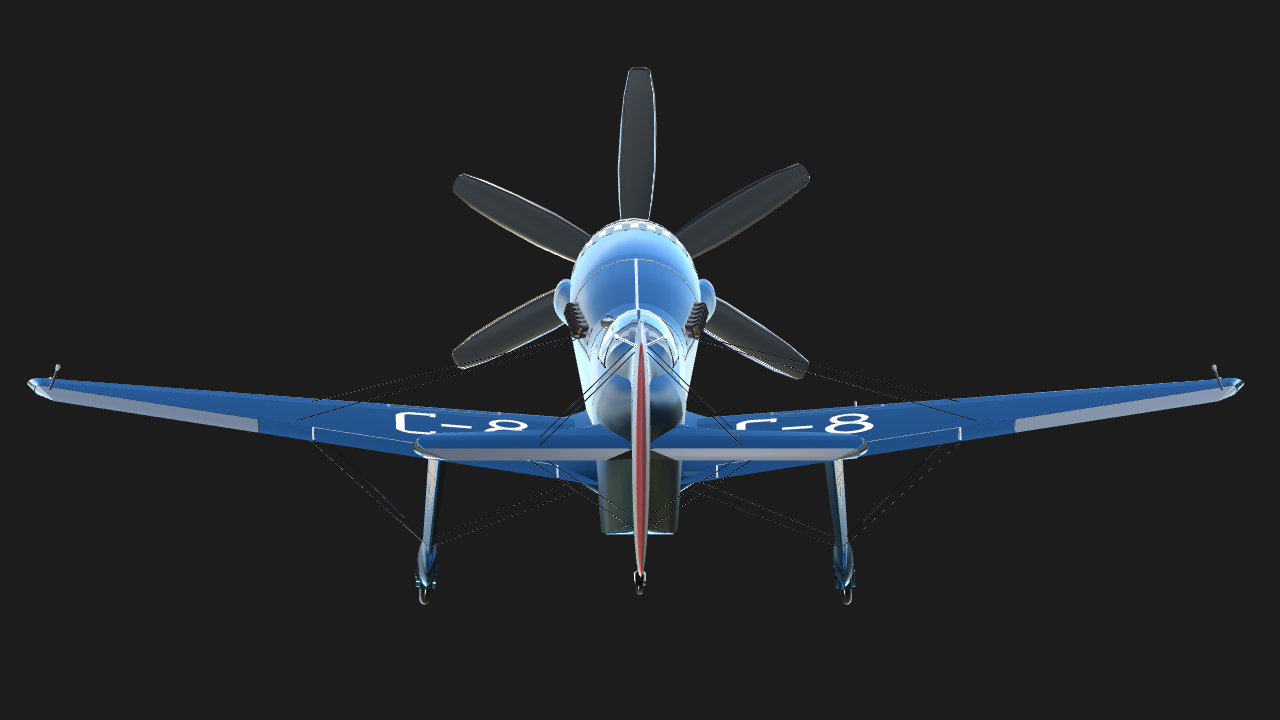 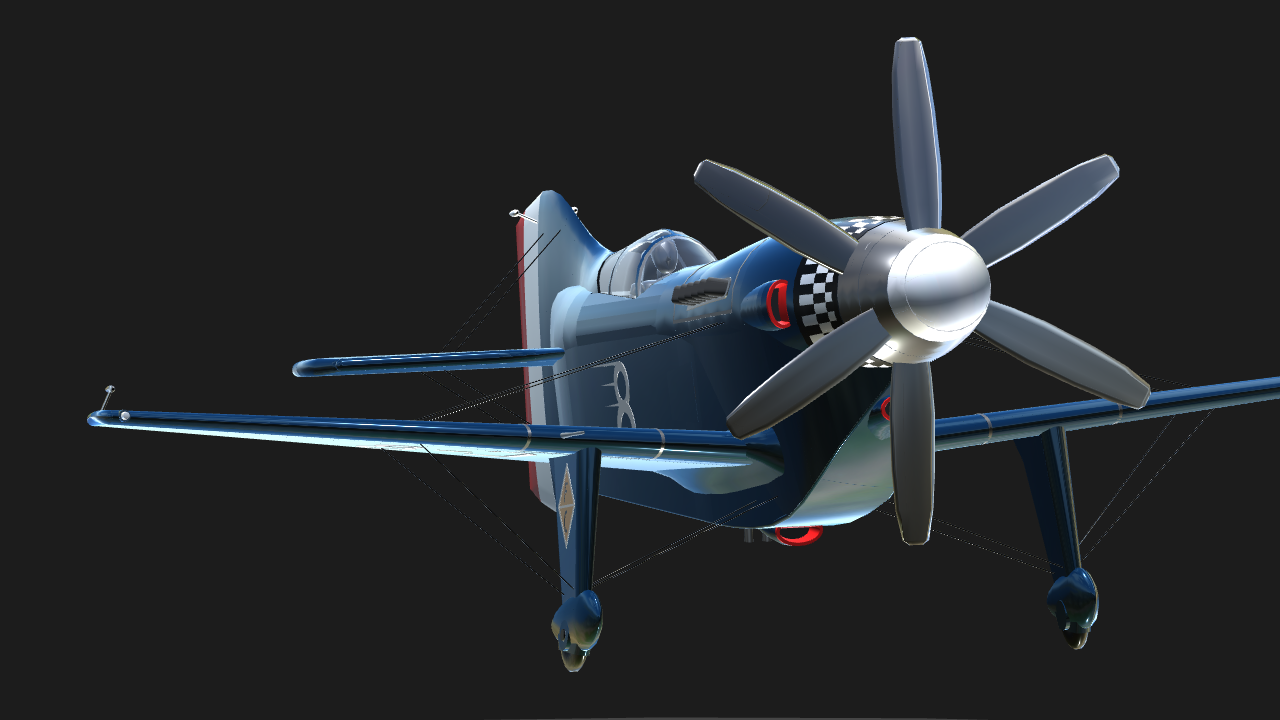 This is the first plane after a long time, it was build for the „golden age aviation challange“.
I tryed implementing glass and using the new smooth edges finction, I think it worked well, what do you think?

The supermarine Marlin was flown first in 1936, it’s powerful engine coupled with the counterrotading propellers pushed it to extreme speeds, the vibration of the Engine although caused high stress on the whole airframe, wich would later result in a crash, killing the pilot and as it turned out the whole plane in the same jear in wich it took its first flight. Even tough a second and third one where in production the model was never again allowed to fly races, the remaining unfinished models wouldn’t bevtuched for the next 44 jears, until a museum bought and restored them In the late 80s but sadly the renuvadet aircraft never flew under their own power.

The plane is heavily inspired by the cobra MK ll and some 30s race planes.

Nothing special here, just be cairful on landing, land slowly, when you on the ground push the tail weel down and pull the brakes.
(Press Ag1 and fire the air to ground rocket)
And use trim.

here are some pictures i took:

Sorry for the spelling mistakes, have a good day :) 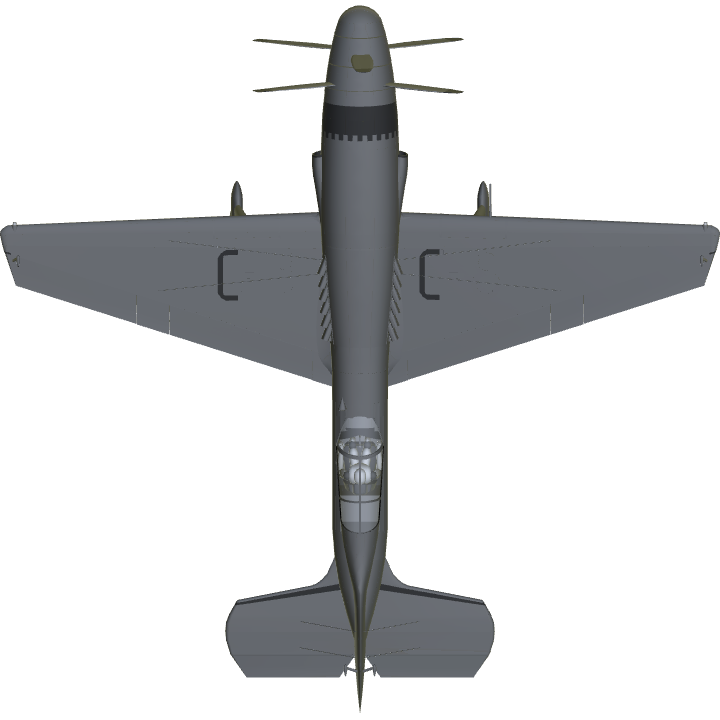 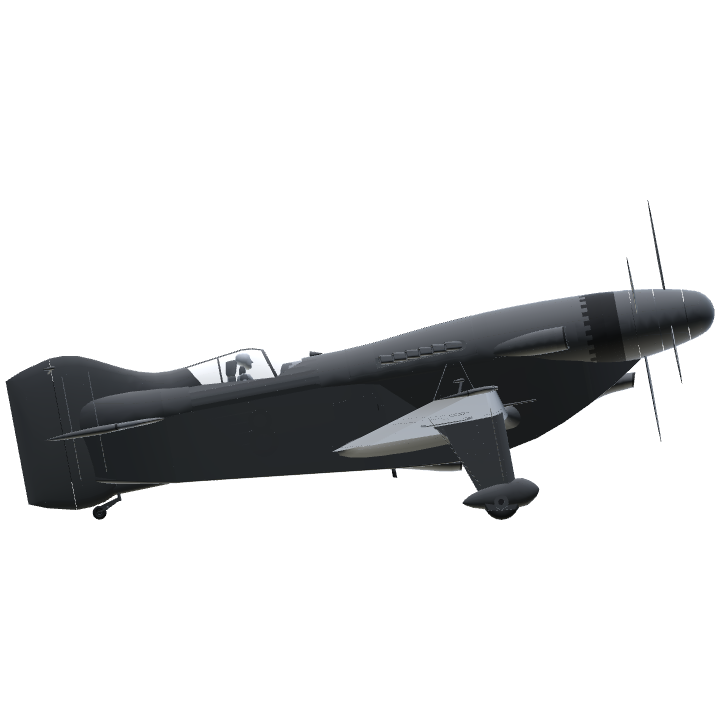 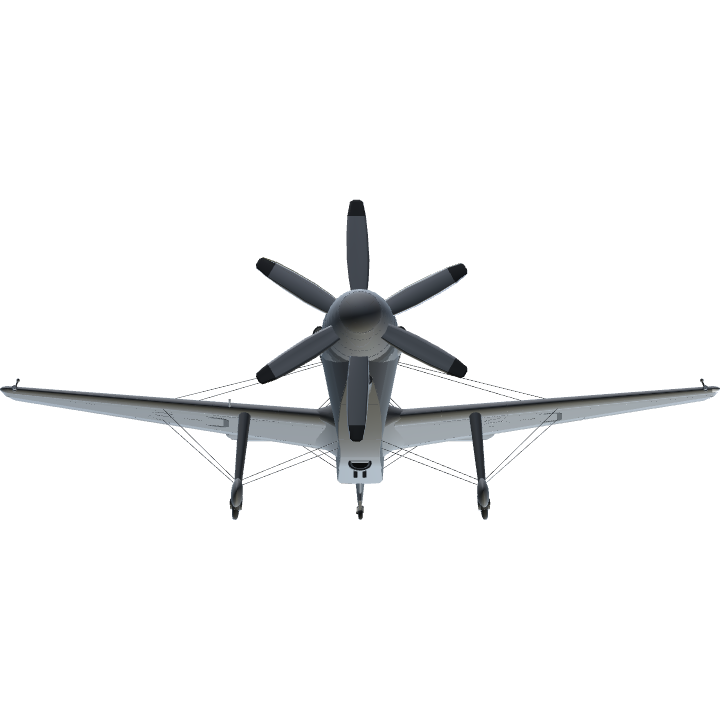