First and foremost, huge thanks to SnoWFLakE0s. I cannot stress this enough - His bombsight was what inspired me to try doing this in the first place, and after I wasted several hours doing calculations, drawing diagrams and seeing it all fail, he was also of invaluable help in guiding me around this new input system. I cannot thank him enough; were it not for this, I would likely have given up on this altogether.

Not only that: Eventually, as I was having severe difficulties calculating an angle (In the diagram below I have named it Theta-Vertical or Theta-V), which is the same angle he uses as the input statement of his bombsight, I decided to take exactly that input statement and, after a few minor modifications, use it in my own, so I also owe him credit for that. I was re-doing the calculations for the sake of it honestly, but later decided this one wasn't worth the extra effort when someone already had calculated the exact same thing and made it into a perfectly working statement.

In case you're wondering what changes I made, I "de-rounded" the "491" to "490.5" (981/2) and switched IAS to TAS, essentially. Since this sight is supposed to be used to attack point targets, every little bit of extra accuracy is crucial.

Now for the extra bit of this sight in particular, this "Theta-V" angle and the pitch angle are then used to calculate the angle between the boresight and the future impact point of the bomb (Theta-S as I named it, for line-of-sight), and with a little bit of basic trigonomety (which I almost messed up too, as you can see by the eraser marks frantically trying to hide the division I used in place of multiplication on the tangent), knowing the distance between the pilot's view and the sight reticle, a distance is calculated - this is the distance a piston has to push the moving bar of the reticle down so that it will tell the pilot where to aim.

Here are the sketches I made for this. Some parts have been erased a few times as I corrected mistakes I did, but this still keeps the very first flunked calculations I had done for theta-V (there were others after that, but none of them seemed to work either). As such, keep in mind this is not the "final result" - treat it more like a napkin sketch. (It's really not too far from that, lol. I apologize for the photo quality in advance.)

It assumes a few things: It has no stabilization system at all, as it is a fixed gunsight; it assumes the roll and lateral movement of the aircraft is zero; it assumes the angle of attack is also null (which if you're diving at high speed isn't too far off) and that no extra acceleration is being imparted on the bomb at the moment of launch, requiring pylons with zero launch force; and it assumes there are no drag forces acting on the bomb, which is obviously not true. However, in a diving attack from medium to low altitude, it is very much usable.

It also loses quite a bit of accuracy at shallow dive angles (though it can still be used), and at very shallow angles (close to level) it is not reliable.

Now for the fun part - there's nothing quite like seeing something being used to figure out how to use it, is there? here is it in action:

Finally, after so many hours of trial and error, it finally works. It's not perfect, but I'm quite satisfied with it.

Its limitations somewhat mirror those of its main inspiration, the German Stuvi 5B sight (Stuvi: Sturzvisier, literally "dive visor"), though the Stuvi was certainly a more complex piece (something compounded by the fact it was, you know, an actual, physical device, engineered for precision work) and I wouldn't be surprised if it was more accurate (though it probably used IAS to feed the system, it likely also accounted for drag and some sources mention windage adjustment, though I have been unable to verify these latter claims). Here are a few pictures of the real thing: 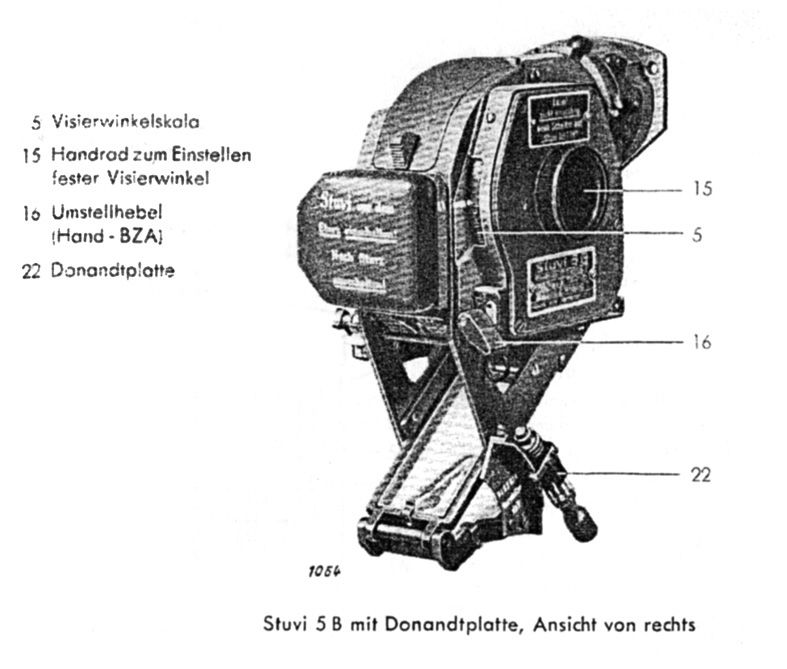 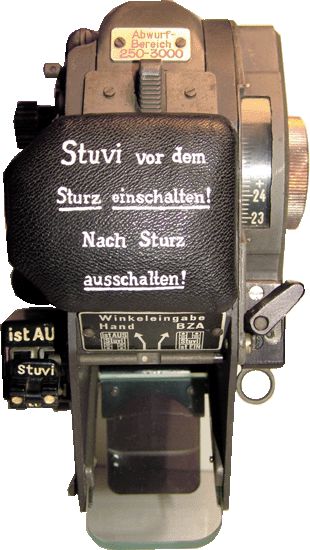 Thank you all for reading, and again, a big thank you to Snowflake for helping me out with this. The "Clamp" statement turned out to be my best friend.

Also, for those interested in the aircraft featured in the screenshots, I should have it ready soon. Let me know in the comments if you want to be tagged when it is released.
Update: It now exists.