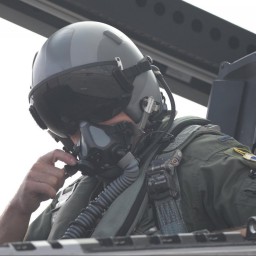 Hello there fellow Pilot! Welcome to my Profile Biography. I Am ZK443 (well no need to explain because i have an actual name for my account, duh) and i am here to Build, Play, Make Videos about SimplePlanes and posting them to YouTube, and do other lolygaging Sh*t. I Am a [REDACTED] Year old who lives in Indonesia at Asia. So hopefully my grammar and english wont bother you.

History of me playing SimplePlanes:

I first played SP a year ago, around June 2018. At that moment i was gifted by my cousin with a pirated SimplePlanes. yes, cracked pirated SP. So i played the game, it was pretty nice. I learned much things about plane, designs, concepts and stuff. I had ideas from looking into Google Images about planes, helicopters, and other flying machinery. I also build cars too.

Then i got bored. i want to change my game, i want to build cool sh*t, i want awesome planes to build. So i decided gather all of my lunch money and spend it on SimplePlanes on Steam. So there we go! That's the story of how i played SP. But that's not everything.

when i see YouTubers play this game, almost 50% of them failed to build a basic plane, because maybe they haven't played the FRIKING TUTORIALS ITSELF. So they tried to be a plane engineer, turns out SimplePlanes's Physics was way beyond their expectations. I have seen many YouTubers failed in this game and one of them was called "Swiss001". He tried to be a pro builder at planes, and i think he made a video about it 4 times, and only 1 video proofs him he actually build a plane and flies pretty well. He taked time to made the block-structure-like plane and i have seen this one moment (actually 2 because he plays KSP too so yeah he did the same thing) that made me actually mad about him. He decided to put up a font saying " Finally i have created the most perfect plane of all time... " and guess what he did. he downloaded a 747 out from the workshop. i see that 747 multiple times from other videos on YouTube. so basically he's just tricking you. For those who actually CAN build planes on this Game such as:
-CamodoGaming
-Frantic Matty
-JetWondy / Justin
-Warspace Aeronautics

So for those other YouTubers i didn't say, sorry that's all i know. But i love these guys, they follow the steps of success in the way of building planes. they explore the plane's systems. I like the people who realized that SP is way more harder than we think before we play. now i'm in the middle of trouble, i need to make planes the better way. I wanted to be like them. well, i'm currently downloading planes that i liked, stripping them, and save some of their parts as sub assemblies. Wich that helped. My First plane i created was a plane called BVX-50 Bomber. wich is now not available because it has been deleted from the pirated game. But my first Published item was the Petercopter. So i loved to play Garry's Mod with my friend LoganGamer83 and saw this awesome meme helicopter Mod that gives me the idea to make this Chopper.

Why all my builds tagged with "Rick":

i needed at least 1 tag, so don't ask anymore