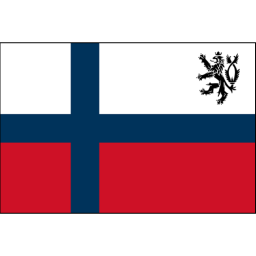 The Bohemian Defense Alliance, or BDA, is a group of nations intended to secure supplies and humanitarian aid during wartime or natural disasters. If one member of the BDA requires immediate civilian assistance, other members are obliged to send enough aid to cover the suffering member. Such aid includes food, water treatment infrastructure, power generators, and materials for shelter rebuilding. Members of the BDA do not have to share their military assets with others, and are not required to declare war or make peace according to others.
The BDA has been temporarily dissolved, because of the recent sensitive events that could endanger our nation.

Bohemian Airlines (BAL) are the flag carrying airline of the Principality of New Bohemia. They operate lines between New Bohemia and other islands, as well some commuter inland flights. the fleet comprises mostly of foreign, imported aircraft, due to the lack of home-built civil airliners.
[CLICK FOR MORE INFO]

Bohemian Aerospace (BA) is the largest company of New Bohemia. It specializes in manufacturing and selling military aircraft to the New Bohemian Air Force. The state owns 30% of the company, making also one of the largest money-makers for the state treasury.

The New Bohemian Air Force, or NBAF, is the largest and most powerful defensive force of New Bohemia. It is mainly used for protection of the main island, while occasionally it sends fleets of its aircraft to assist allied nations in conflicts (not on behalf of the BDA).