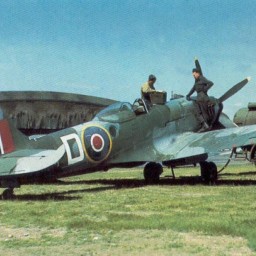 Hi there! I’m MajorSix, and here a bit about myself:

So, I've loved planes as long as I can remember.

I got SP when I decided I wanted to be an aerospace engineer.

I live in China (Yes, I can speak Chinese).

I‘m also probably gonna judge the heck out of your builds. I’ll either be messing with you our actually judging you. Learn to tell the difference yourself ‘cause I’m too lazy to tell you how myself.

I also am an activist fighting player bias (It's exists!). Silvers and Bronzies can make good builds, too. Don't leave all the glory to Gold and Platinum!

The Ciorian Empire is a small series of islands a few hundred miles southwest of Ireland. The official language is English, but there are some traditional Ciorian dialects. It is a rather mountainous area, despite it being mostly islands. The biggest inadvertent is where the capital of the Ciorian Empire, Mothad, is located. Due to the Ciorian Empire being located on a set of islands, there is a lack of army, but we do have a very advanced air force, The Imperial Ciorian Air Force (ICAF).

Allies:
Isles of Asami
Republic of the Southern Islands
The Great Indonesian Republic

Short description:
We are new, and nowhere near as good as Cobradero or Knights of Ren, but we are slowly making our way up the charts. We specialize in tanks and planes. We have replicas, and we have our own builds. To apply for the company, go to my post "Major Industries" and write a few sentences to explain why the owner should hire you. Be sure to tag the owner when you write your application. The owner will reveal accepted applications at the end of every month. If the owner invites you themself, you do not have to do this.

Salary:
All employees are given upvote per day and one more for every plane they build.

Assignments:
The owner will give assignments to my employees every once and a while, along with a pay of 5 upvotes when finished.

Link to our in-game lobby:
https://www.simpleplanes.com/a/ct3Jp6/Major-Industries-Now-Hiring

I play War Thunder. My username is DeLeDogfighter. Feel free to add me.