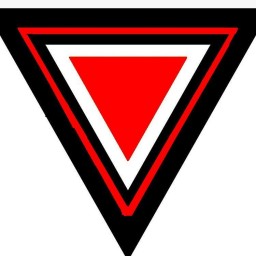 my info: I'm not going to say much about my life for privacy, but I like planes when I was very young, my father would take me to see them take off from the airport near a coast. but I fall in love with airplanes at 8 years old when I play ace combat zero, then I become a fan of the ace combat saga and then I get into simulators and other airplane games with ys, war thunder and strike fighters 2, then I know simpleplanes and I got into it and learned how to create decent airplanes with the help of a friend, who inspired me to create the story of a fictional company FUNE.INC.

what is the history of FUNE.INC?

Fune.INC is created in 1980 from the purchased remains of a fallen company,
the creator is a personal friend of the head of ONICORP who helps him with his models. in 1982 they launched the
BEF-3A a supersonic bomber that was only used for sale and earn quick money.

Thanks to the money earned, fune.inc launches the EFXP-01, an inverted wing aircraft with very good maneuverability
although with a very poor stability. In 1983, in addition to exporting its planes to some countries, it became the main proctecting company in the country, Arnuls, which allowed it to use its ports, airports and hire pilots in exchange for protecting the country. But in 1985 the Kingdom of Enoradona declared war ah
Arnuls and to top it all, he hired pilots from everywhere in exchange for gold, so fune.inc pilots betray the company and deliver the FI6-P992 prototype to Enoradona for which they give very strong attacks and destroy a large part from the Arnuls air force. However, Fune.inc would not allow them to win with their prototype and begins the CLASURE operation where they secretly destroy Enoradona's weapons and advanced facilities and also destroy the FI6-P992 which allows Arnuls to fight back and make Enoradona surrender putting an end to the war.

(the story may continue)