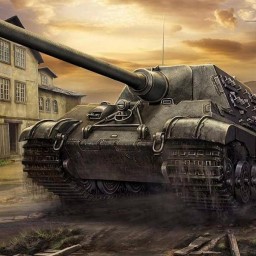 During the Darox invasion of Earth in 2985 the need for a new mobile air base was required. The Gold Salute-Class of super carrier was introduced as the largest class of ship in human history and still is to this day. The design would later be adapted by the Germans at the end of the war in the later days of 3002 as a new dedicated space carrier called the Deutschland-Class. Only two ships have currently been built the GFS Deutschland and the GFS Riese. The Deutschland went missing shortly after it was launched. It was found a few months later and is currently operating in D001.

Acting as the main multirole of the Golden Military Alliance, the F-3000 is the most advanced and capable model of Trident Fighter to date. Armed with two rocket/missile pods on the tips of its "wings" and a 30mm rotary cannon as well as being equipped with an onboard life support system, powerful shields, and a small jump drive makes it one of the most formidable star fighters of the era.

For those who want a relaxed, cooperative, role play that does not involve everyone trying to kill each other every few minutes.

So I get most of my inspiration from WW2 and anything that takes place in space. I love to tell stories as one could easily assume by most of my posts are chapters of The Rift and smaller RP posts. Making stories for the things I make is something I will do for the rest of my life, SimplePlanes is just another media to help me tell my stories. Recently I have enjoyed building for FranzPeterSiegfried's Alternate WW2 Universe and soon I'll be working on builds from my own stories.