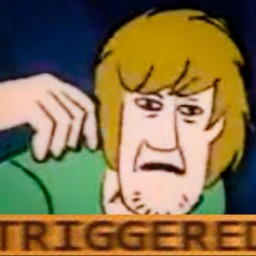 Beeack. My old nickname in school. But why? Well, you see, I was in an acedemic bowl competition. Well, it was my team versus the dreaded Sparta team A. They kicked our butts. But, just before we finished, 20 questions before, to be exact, they asked questions that I knew I could answer with speed. The second to last question was about one misleading concept displayed in video games. I answered the question incredibly quickly.
One of the other team's players yelled "Bubniak! Slow down! You're team is going to lose! Give up!"
I swiftly responded,"We are down tied, so we, Immaculate A (My team) can still win. Furthermore being a scout, it is my eternal duty, to God, My Country, and Myself, to Do My Best, and if that
means making you look like the most incredibly rude person on Earth, then no I won't."

Having memorized the poem, I hit the buzzer, braking it, and I yelled," The Cremation of Sam McGee, by Robert William Service!"

The same kid screamed, "Beeack!" Then he stomped off, down the hall of the school, ranting all of the way.

But at the awards ceremony, ten minutes later, they engraved the names of the competitors on the plaques on the trophies, both personal and official, right in front of us. It was the proudest day of my life thus far.

My trophy, though only 6 inches, (11centimeters, for those who are metrically inclined) was glorious. However, to this day, the trophy plaque still says, "Against all odds, Immaculate Conception Regional School, team A, 1st place, Thomas Beeack.