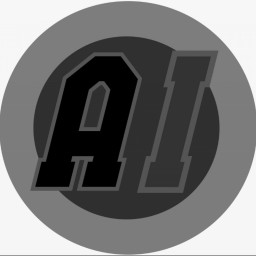 “To reach out into creativity, and build technologies never-before seen.”
—
History
Azure Corp, also know as Azure Corporation, was founded in 1936, by William J. Azure. The company was consisted of many skilled aerospace engineers. They worked together to produce many aircraft over generations.
—

William J. Azure was a only child, with his dad being a pilot in WW1. He recalls that his father was killed by german AA, while dogfighting in the air.
“My father was brave, i reckon. I really looked up to him alot.”
—

In Azure Corp’s first production years, they creates 2 planes: The AP-54 “Stone Hawk” Fighter aircraft, which had a production unit of 300, considerably not that much compared to the innovative YP-56-4 “Chimera” fighter, which produced over 1,200 units.
—

Azure Corp made many aircraft, such as the stealth, all weather interceptor, [redacted]. In 1991, after cold war ended, Azure Corp began taking traction.
—

Azure Corp created many innovative aircraft, such as the F-27, the AH-72, and the flying superweapon; The ASP-105. Currently, Azure Corp is still running production of aircraft.
—

“We don’t consider ourselves a company, we are a community, a family.”
In Azure Corp, we treat each other fairly. We have a big community, with the server with almost 100 members. Feel free to enter and have fun, talk, and get help.
—

How out upload system works

You are not required to work on a plane for Azure to stay in the server. If you want to work together on a aircraft, that is your choice.
When you are in the server, please just DM me (Omega), and give me upload instructions.

You can contact me in my discord to enter.
My discord: Omega#9685
I will ask you 2 questions, so please be mindful of those, and answer honestly.
—

Thank you for visiting.