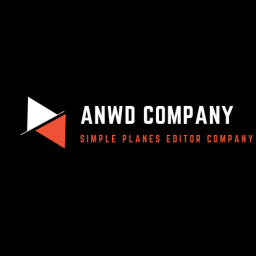 Tap here so that your mood improves

Hey there! My name is Captain Joe,A CEO From ANWD Company In Simpleplanes. And I create planes for simpleplanes but also writing a short story by thlking for the rules regarding self promotion outside simpleplanes but so far nothing came up. Its still in conception but hopefully I can churn out a coherent narrative.

People seem to put their favourite things thier bio so here we go.

ANWD Company is an aircraft Editing company. The company is a subsidiary of ANW Group. Headquartered in East Java,Indonesia,It has international offices and facilities located at aviation hubs in Asia Pacific, and Europe

ANWD Design was established in 2021 to provide Editing services (ANWD Editing Services). Since then, it has diversified into various MRO capabilities for Commercial Aircraft through a number of strategic partnerships, acquisitions and investments.

Presently, ANWD Company reportedly employs in excess of 45.000 certified Editor and administrative specialists around the world and has a global customer that includes Editing major airlines and freight carriers. Aviation Week ranked the aerospace company as the world's largest, independent, third party airframe MRO provider with an annual capacity of more than
8 million commercial airframe man-hours in 2022.

The ANWD Group has 5 subsidaries, namely: