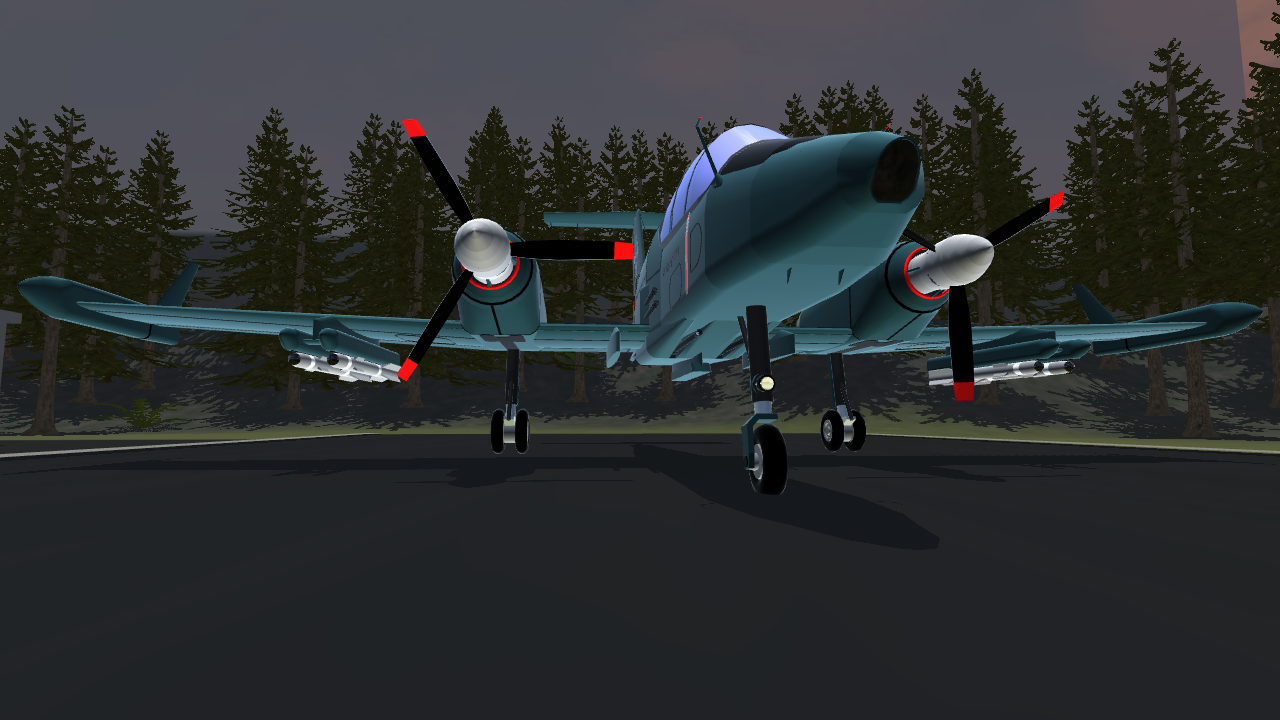 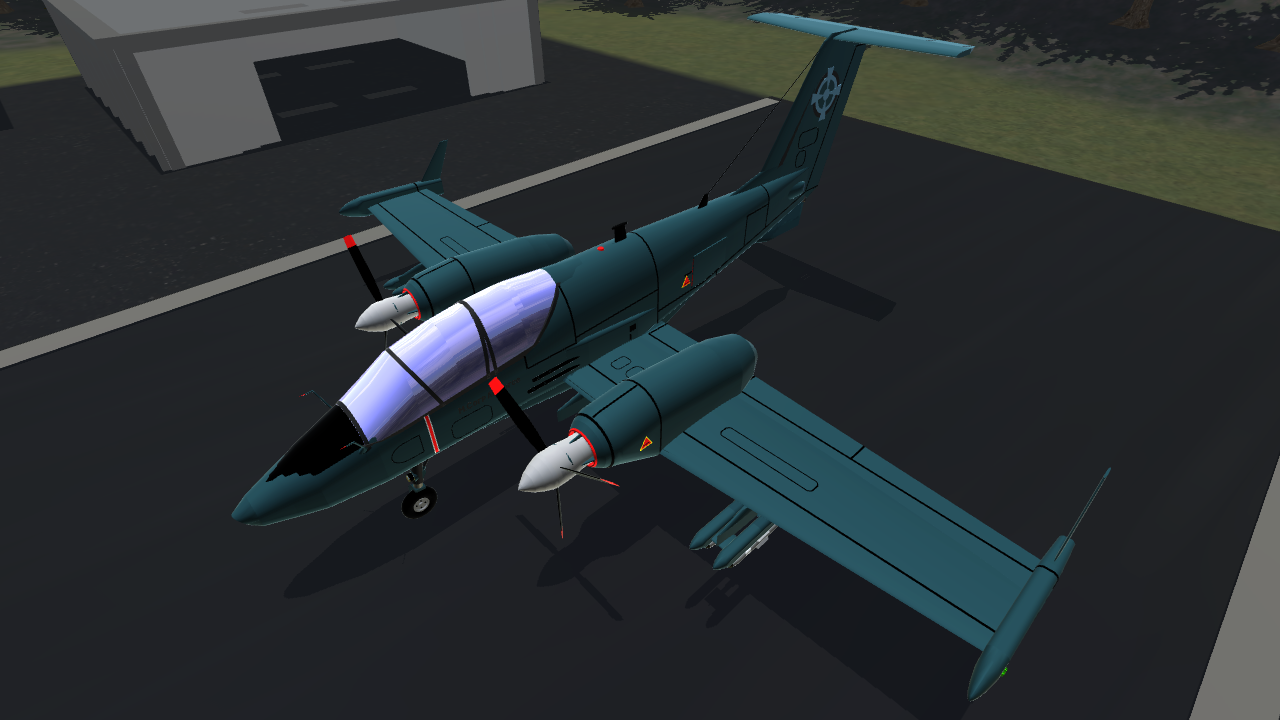 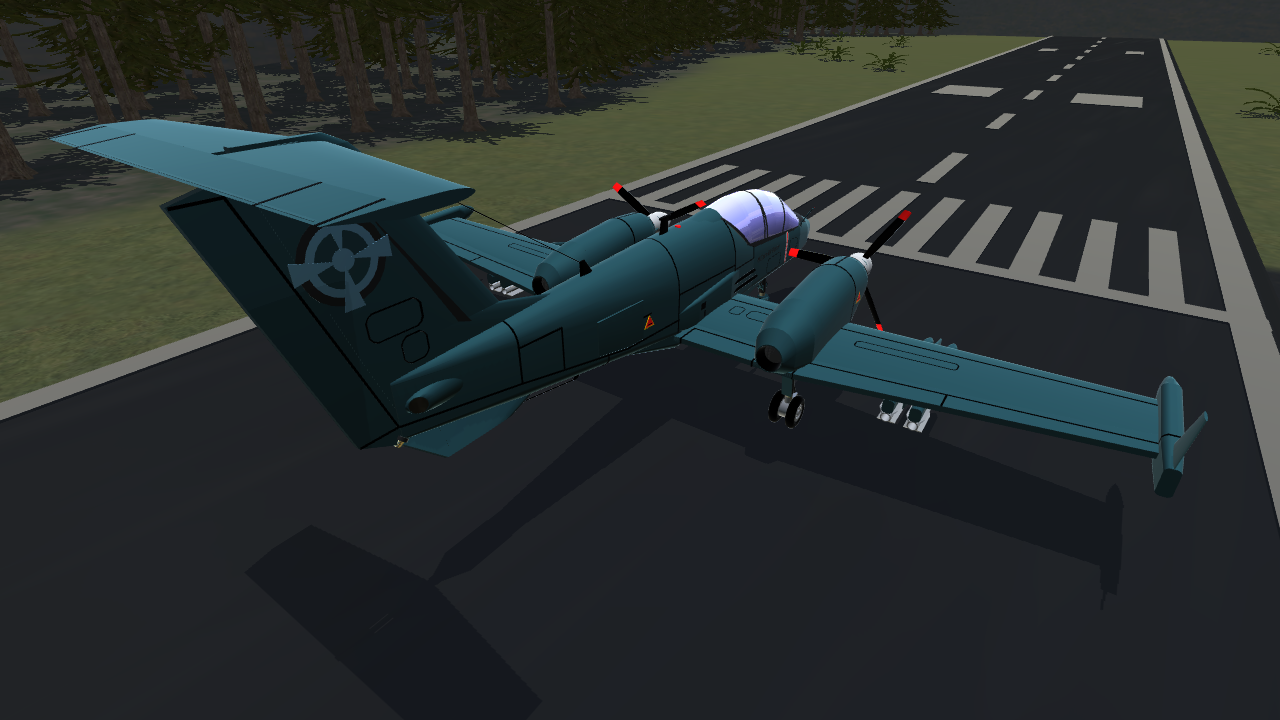 M.Corp A-4 is a dedicated CAS (Close Air Support) aircraft. Its rough design, armour, and abundance of guns earned it a nickname "Flying IFV".

In a need for a durable CAS aircraft, M.Corp issued a request for a gun attacker powered by two turboprops. The aircraft was to have both autocannons for taking out armoured vehicles and fortified positions, and machine guns for taking out infantry.

In response to the request, M.Corp engineers designed A-4. This large, well armoured aircraft features four 12.7mm machine guns beside the cockpit, and two 23mm CF guns under the fuselage. It has six hardpoints that can be fitted with unguided, laser guided, TV guided, or heat seeking missiles.

Cockpit and engines of A-4 are heavily armoured. They are designed to survive hits from 12.7mm gun from the front, bottom, and side from a distance of 50m. Fuel tanks can are self sealing, and can withstand a hit from a 7.9mm rifle. Aircraft also features ECM and flare dispensers on the tips of the wings.

A-4 is features a modern glass cockpit, four channel Fly-by-wire, and all-hydraulic controls. It is powered by two 675hp turboprop engines. It has a distinctive all-moving T-tail, giving it an incredible pitch authority. Inner wings have constant cord, and tapper into trapezoids on the outer section. Outer section of wings has 3° dihedral.
Landing gear is of a tricycle type, retractable. It is very tall in order to provide clearance for underslung ordinance, earning the plane a nickname "Stork" among the ground crews. Main gear features two wheels per side, and is sticking out a bit when retracted into the engine nacelles. That is done in order to limit the damage in case of a belly landing. Single-wheel nose gear fully retracts backwards into the fuselage.

Notes:
-23mm autocannons are very destructive. They achieve best effect in slow motion;
-There are a lot of XML edited parts. iOS users, take what you need;
-The roundel on the tail is a reworked M.Corp Air Force low observability roundel.

Give feedback, and of course: 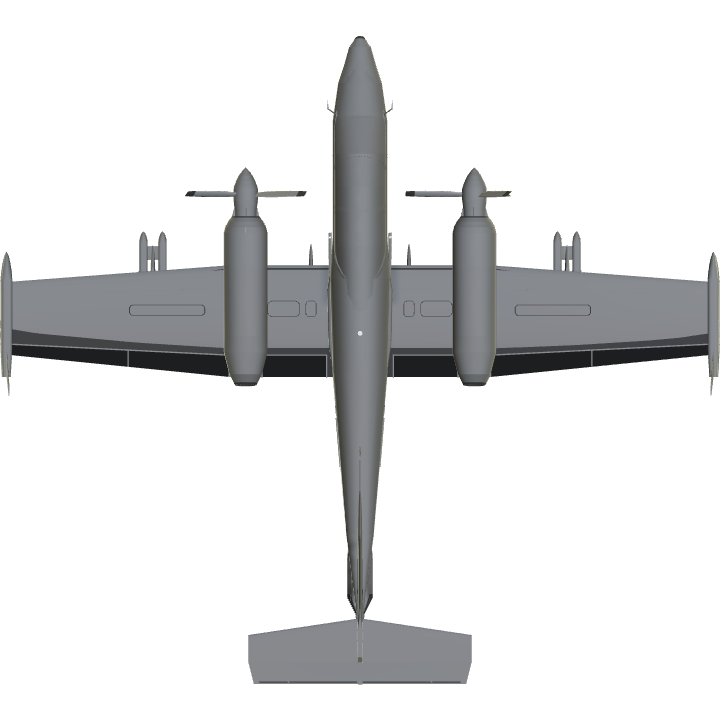 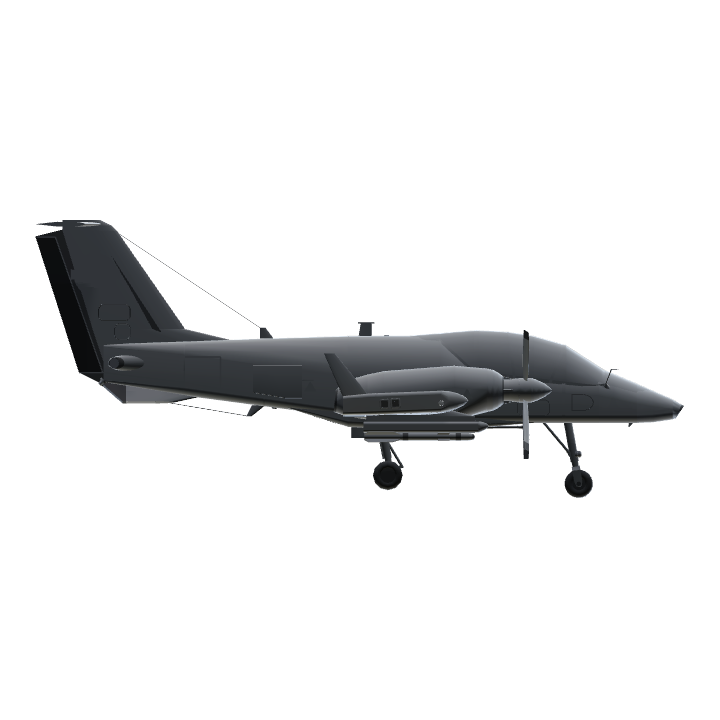 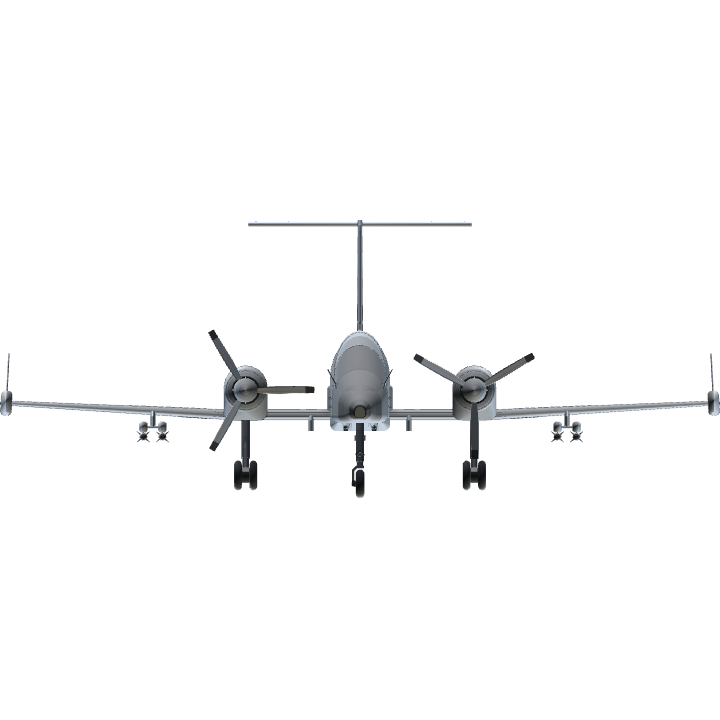