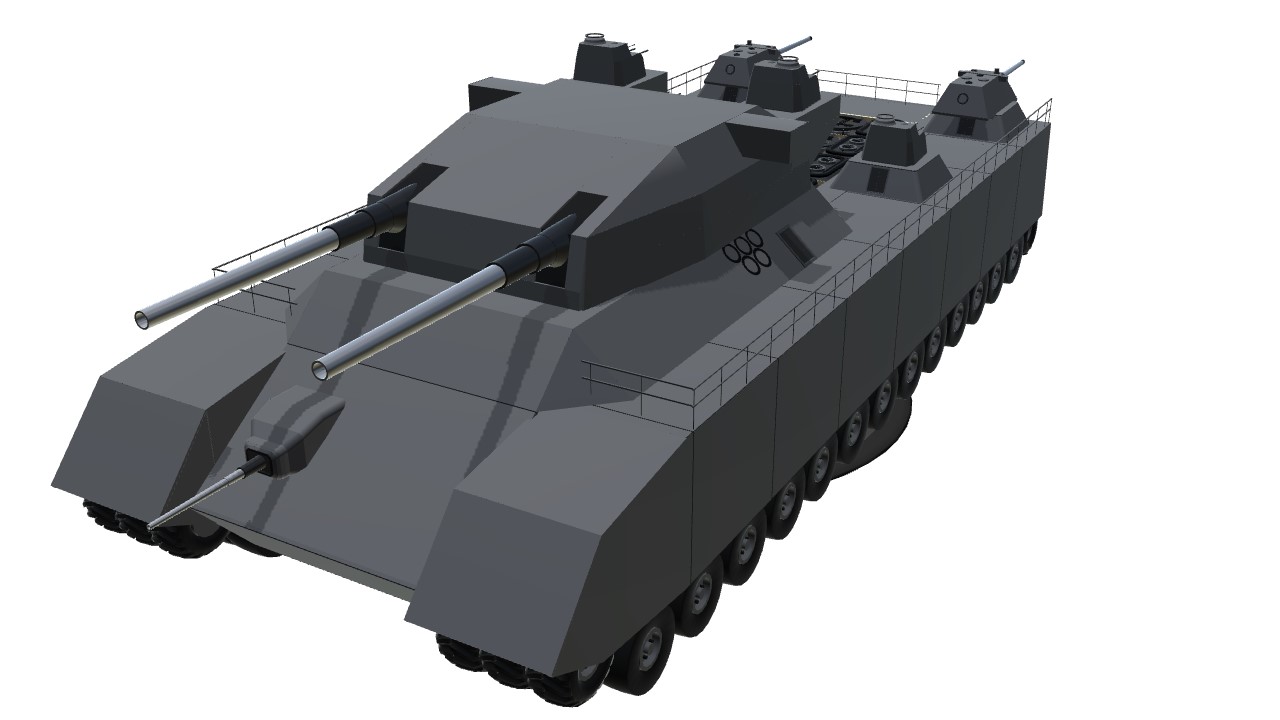 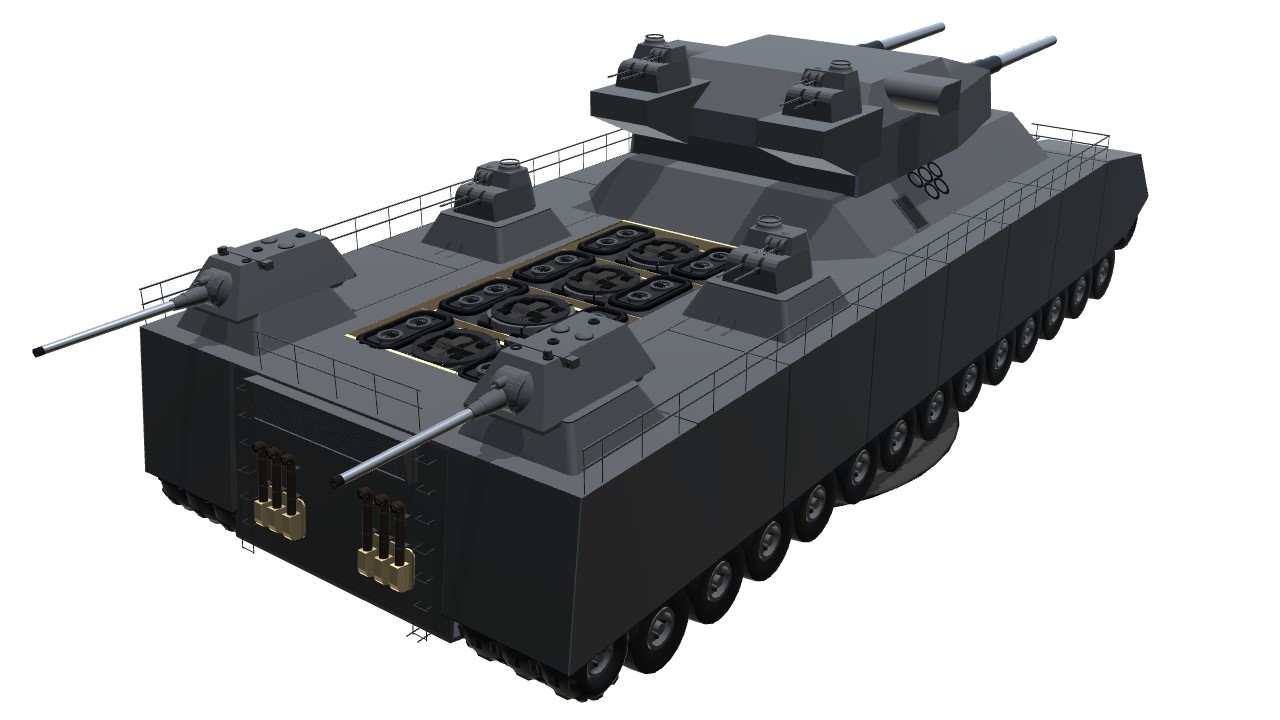 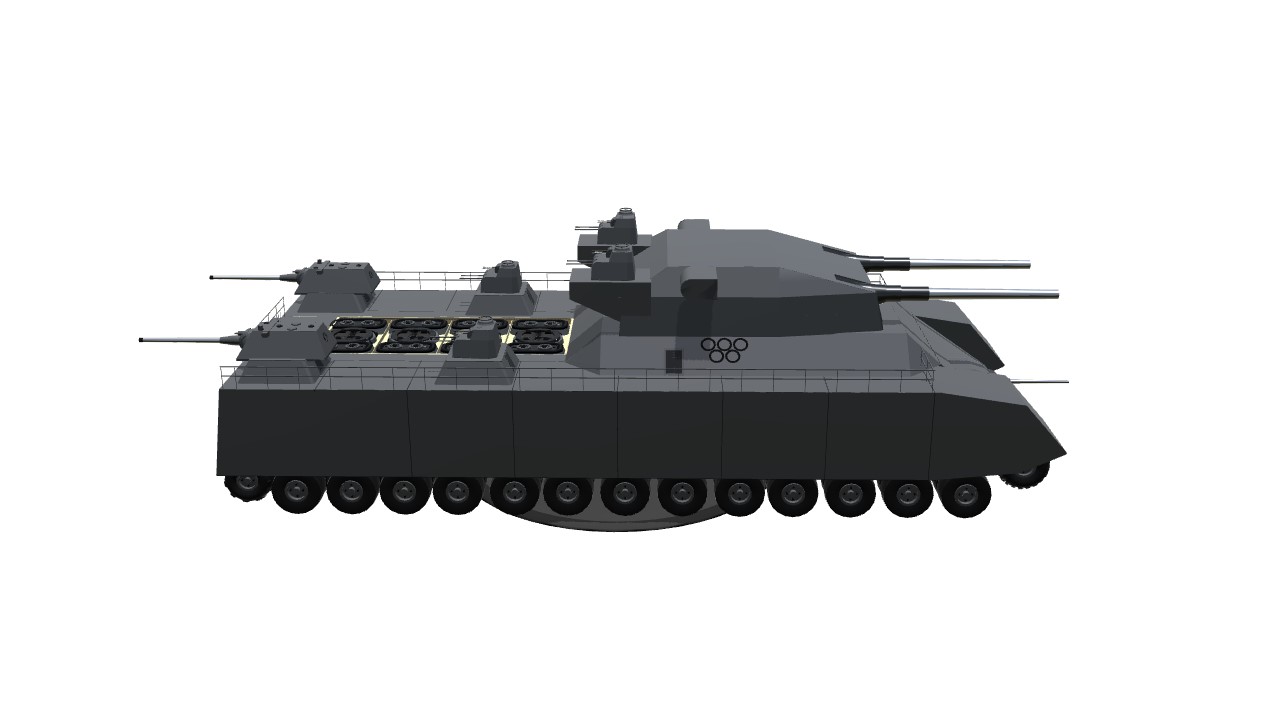 The Landkreuzer P. 1000 "Ratte" (English: Land Cruiser P. 1000 "Rat") was a design for a super-heavy tank for use by Nazi Germany during World War II, proposed by Krupp director Edward Grotte in June 1942, who had already named it "Landkreuzer". Submitted designs and drawings of the tank went under the names OKH Auftrag Nr. 30404 and E-30404/1, which were presented in December 1942. The tank was planned to be 1000 tonnes, being far heavier than the Panzer VIII "Maus", the heaviest tank ever built (weighing 188 tonnes). The project gained the approval of Adolf Hitler, who had expressed interest in the development of the tank, but was canceled by Minister of Armaments Albert Speer in early 1943.

The development history of the Ratte originated with a 1941 strategic study of Soviet heavy tanks conducted by Krupp, the study also giving birth to the Panzer VIII Maus super-heavy tank.[1] The study led to a suggestion from Krupp's director (Grotte), a special officer for submarine construction, who, on 23 June 1942, proposed to Hitler a 1,000-tonne tank which he named "Landkreuzer".[2] It was to be armed with naval artillery and armored with 25 centimetres (10 in) of hardened steel, so heavy that only similar weapons could hope to damage it.[3]

Hitler became enamored with Grotte's concept and ordered Krupp to begin development of it in 1942.[4][5] As of December 29, 1942 a few preliminary drawings had been completed, by which time the concept had been named "Ratte" (Rat) by Hitler himself.[6][7] These submitted designs went under the titles OKH Auftrag Nr. 30404 and E-30404/1.[3][6] Albert Speer saw no reasonable use of the tank and canceled the project in 1943 before any prototype could be manufactured,[7] although this did lead to the concept of the Landkreuzer P. 1500 Monster self-propelled siege gun, which would have been heavier than the Ratte.[5] The general idea for such a big tank was best summed up by Heinz Guderian, saying that: "Hitler's fantasies sometimes shift into the gigantic".[3]

The Ratte is known for its enormous size: it would have weighed 1,000 tonnes, five times the weight of the Panzer VIII Maus.[7] The divided weight of the Ratte included 300 tonnes of armament (the total weight of the guns themselves was 100 tonnes, so turret armour would have weighed 200 tonnes),[8] 200 tonnes of armour and frame and 100 tonnes of track and automotive components, while remaining weight would be distributed to miscellaneous features. It was planned to be 35 m (115 ft) long (39 metres (128 ft) when including naval guns), 11 m (36 ft) high and 14 m (46 ft) wide.[3][9] To compensate for its immense weight, the Ratte would have been equipped with three 1.2 m (3 ft 11 in) wide and 21 m (69 ft) long treads on each side with a total tread width of 7.2 m (23 ft 7 in).[9] This would help stability and weight distribution, but the vehicle's sheer mass would have destroyed roads and rendered bridge crossings next to impossible. It was expected that its height, and its ground clearance of 2 m (6.6 ft), would have allowed it to ford most rivers with relative ease, thus eliminating the need for bridge crossings.[3][9]

The Ratte's primary weapon would have been a dual 280 mm SK C/28 gun turret. This was the same turret that was used on the German capital ship Gneisenau but modified by removing one of the guns and its associated loading mechanism.[9] Removing the third gun allowed extra accommodation of ammunition, and reduced the total weight of the tank by 50 tonnes. The guns used for the Ratte would have fired ammunition developed for other naval guns. It also included armour-piercing rounds with 8.1 kg (18 lb) of explosive filler, and high-explosive rounds with 17.1 kg (38 lb) of explosive filler.[8]

Further armament was to consist of a 128 mm anti-tank gun of the type used in the Jagdtiger or Maus, two 15 mm Mauser MG 151/15 autocannons, and eight 20 mm Flak 38 anti-aircraft guns, probably with at least four of them as a Flakvierling quad mount.[2][7] The 128 mm anti-tank gun's precise location on the Ratte is a point of contention among historians, most believing that it would have been mounted within the primary turret, with some others thinking a smaller secondary turret at the rear of the Ratte more logical.[3] Some concept drawings exist to suggest a flexible mount on the glacis plate. The tank was to be provided with a vehicle bay that could hold two BMW R12 motorcycles for scouting, and several smaller storage rooms, a compact infirmary area, and a self-contained lavatory system.[3][9] 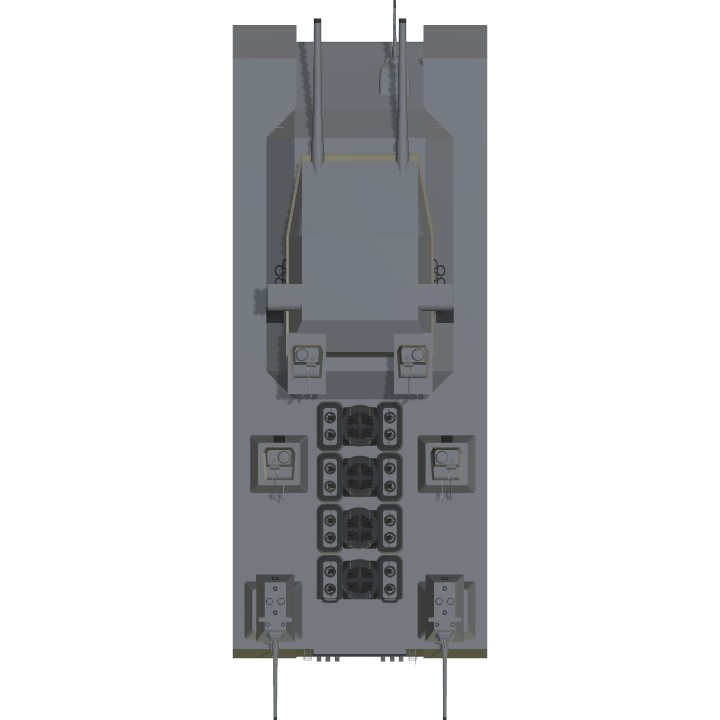 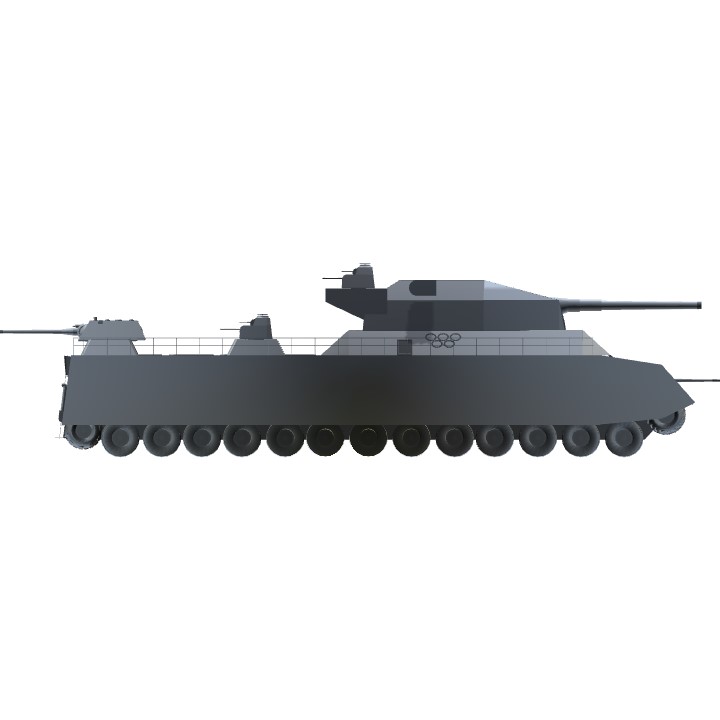 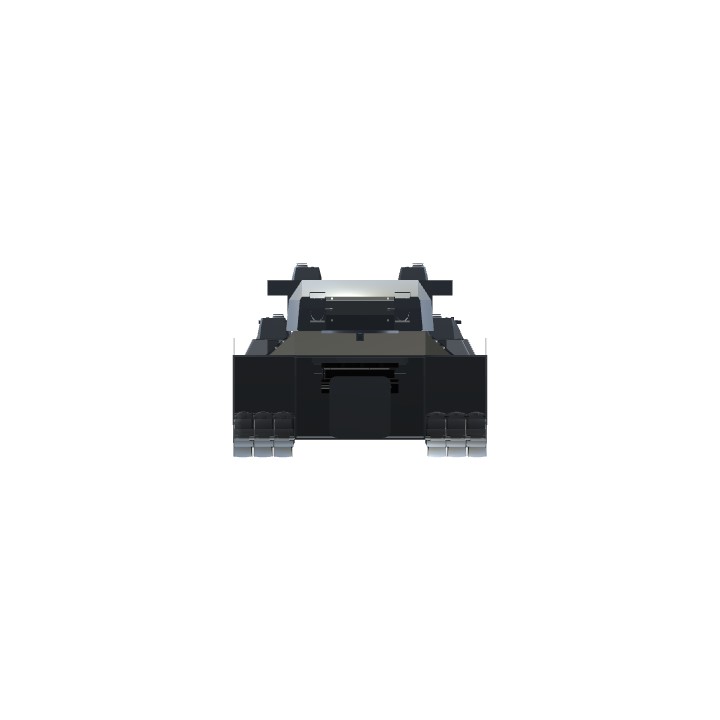