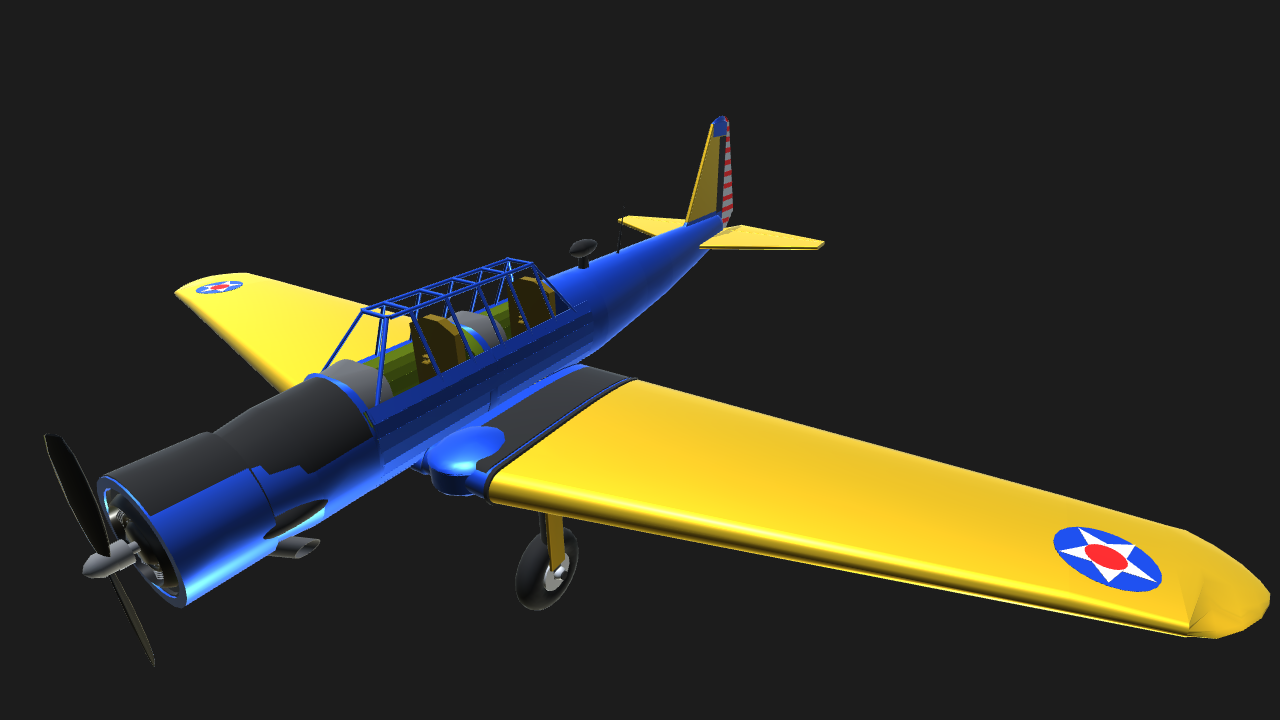 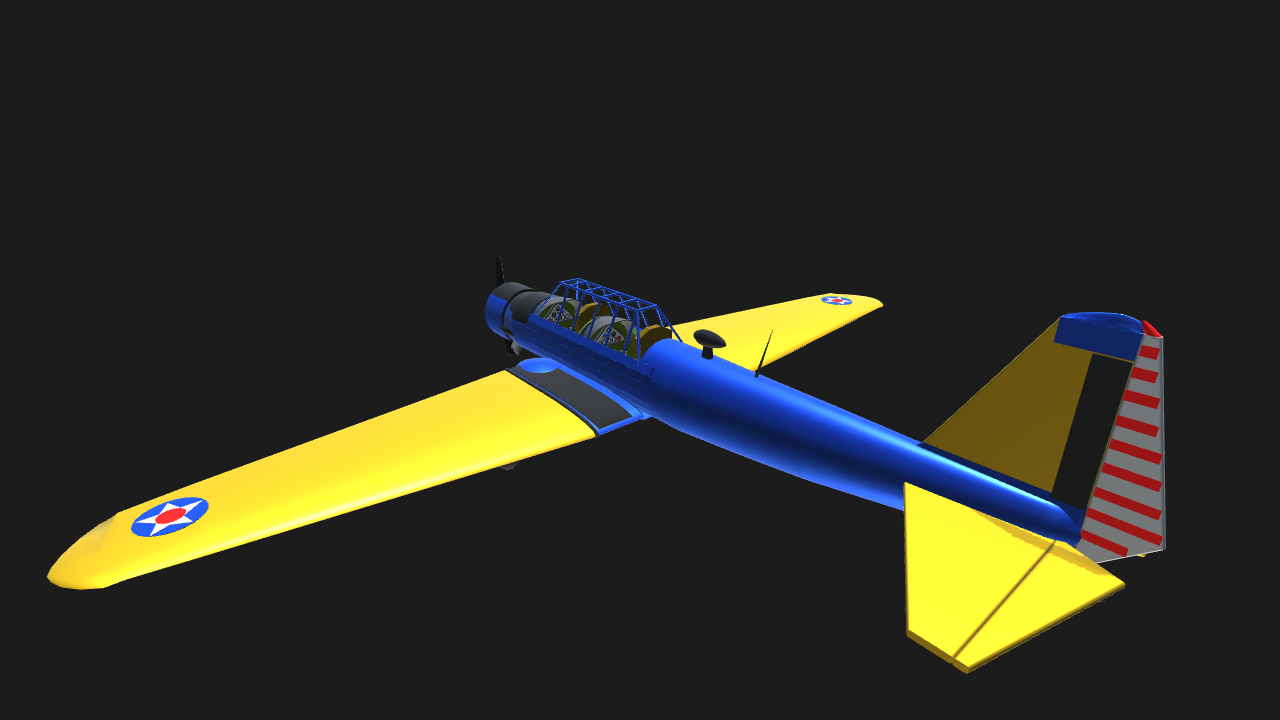 I started this plane many months ago and gave up because I couldn't get the plane to fly, now with my new control surface skills I came back to it and nearly rebuilt the whole plane, leaving only the cockpit and wings for me to rebuild upon. it was a long painful time to make it the way it is.

The North American Aviation T-6 Texan is an American single-engined advanced trainer aircraft used to train pilots of the United States Army Air Forces (USAAF), United States Navy, Royal Air Force, and other air forces of the British Commonwealth during World War II and into the 1970s. Designed by North American Aviation, the T-6 is known by a variety of designations depending on the model and operating air force. The United States Army Air Corps (USAAC) and USAAF designated it as the AT-6, the United States Navy the SNJ, and British Commonwealth air forces the Harvard, the name by which it is best known outside the US. Starting in 1948, the new United States Air Force (USAF) designated it the T-6, with the USN following in 1962. It remains a popular warbird aircraft used for airshow demonstrations and static displays. It has also been used many times to simulate various Japanese aircraft, including the Mitsubishi A6M Zero, in movies depicting World War II in the Pacific. A total of 15,495 T-6s of all variants were built.
- Wikipedia

Hope you guys like this build, if you do upvote or if you want to see my next build you can follow! if you don't like this build ignore this massage, lol. I’m making a B-17 next, teaser will be out in a few days. Guess I’m a WW II nerd now! 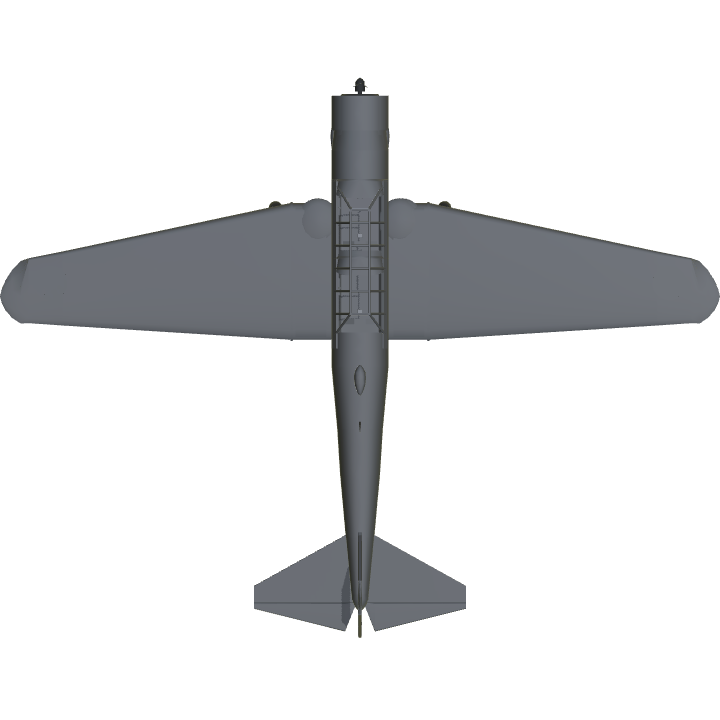 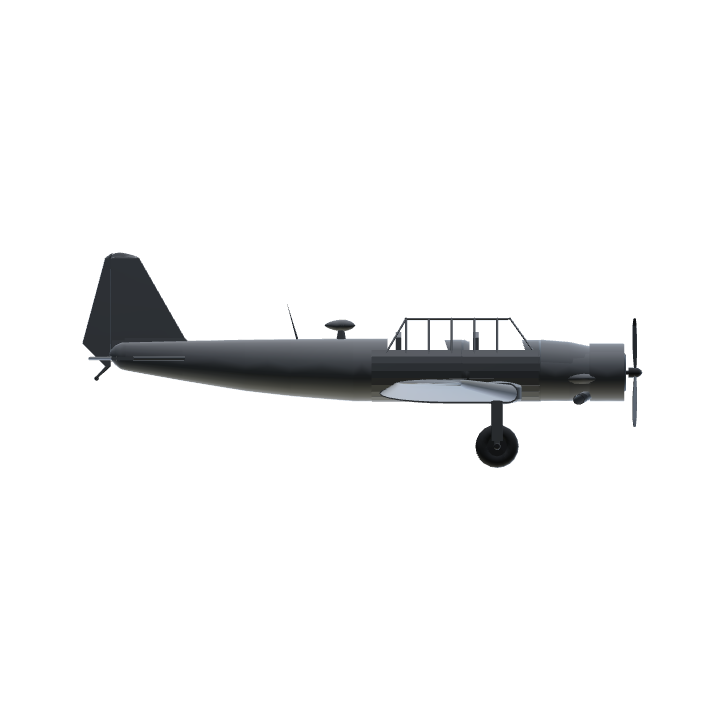 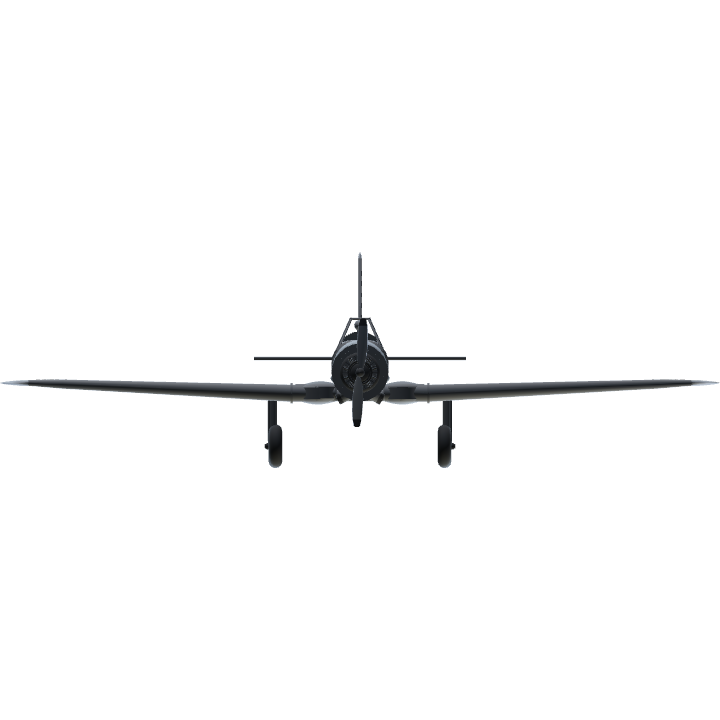