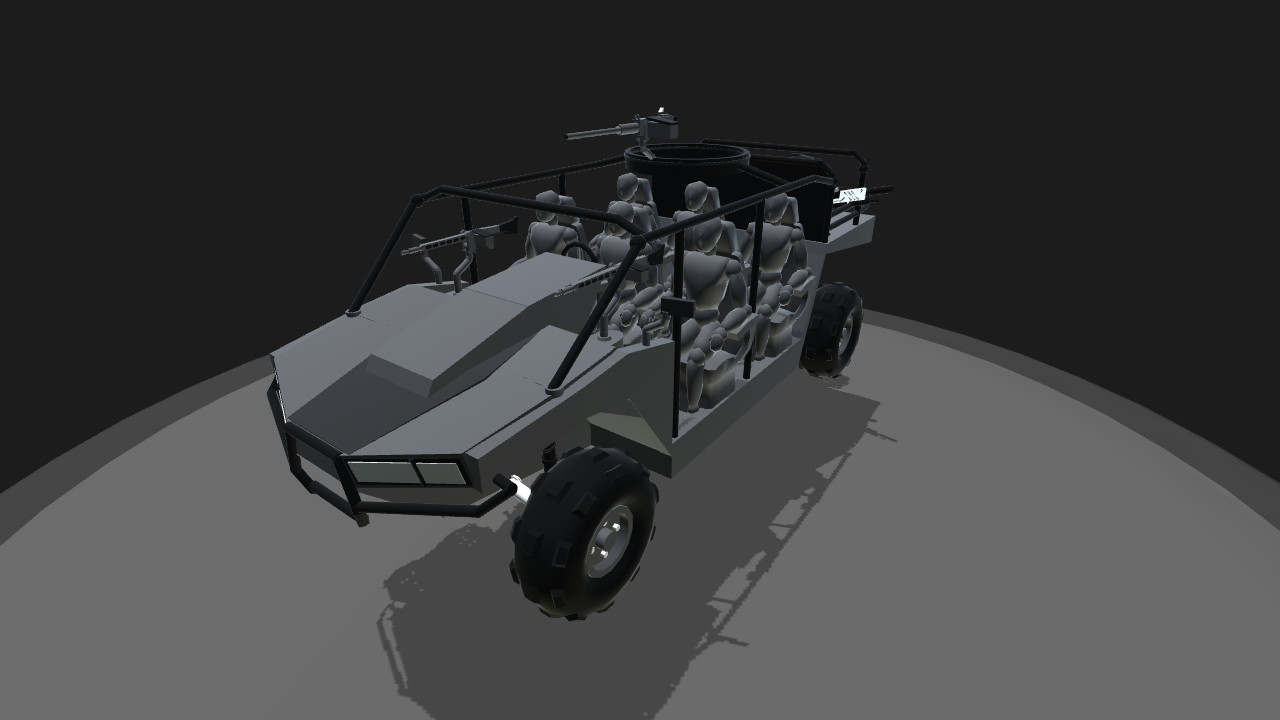 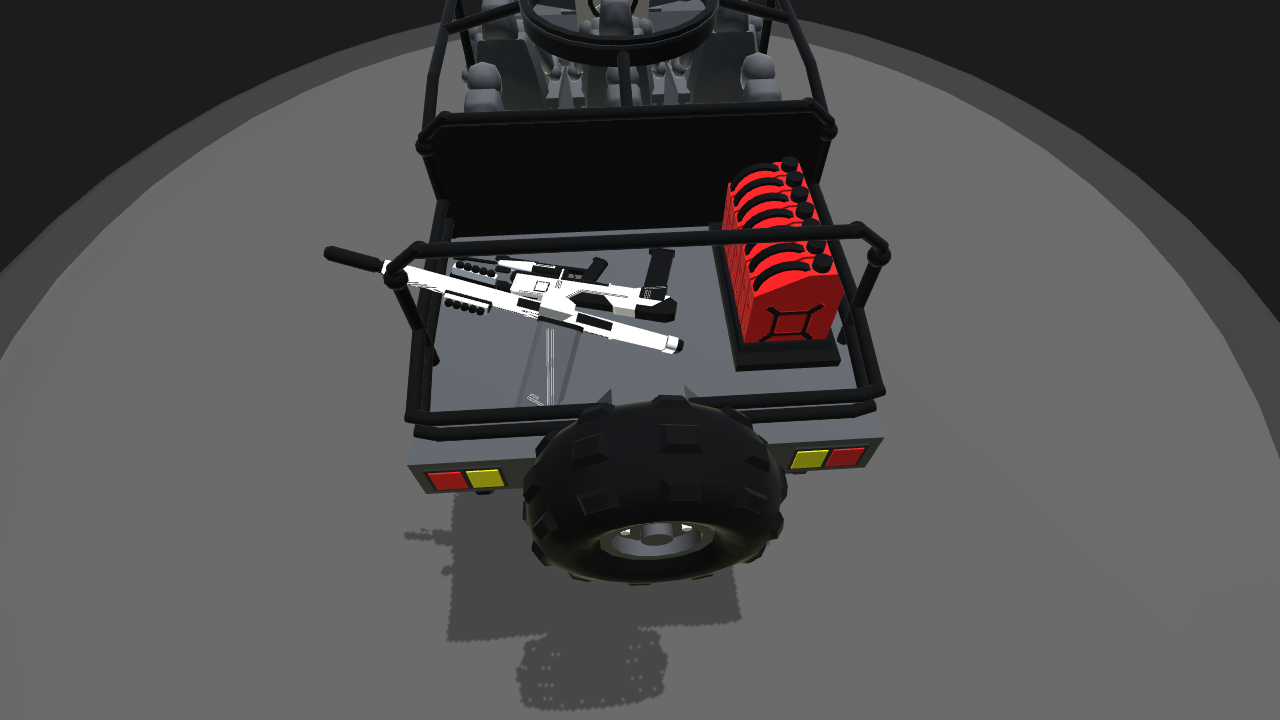 Oh my, back so soon you ask? Yes because this wasn’t that hard to make considering it’s pretty small and the guns were already made[Thank you to NirvashTec and Pilotmario for the guns and steering wheel], well aside from the small parts and......laziness

“I don’t know I just found it weird that I don’t have any regular wheeled military vehicle besides tanks, IFVs and other things.”

“The Halcyon Armed Forces has always wanted to replace its current fleet of humvees as it got older and more obsolete. As a result the Halcyon Government launched a project aimed to make a vehicle that could meet the specifications of the army and at a Low cost, the result was the HLK9. Since it was a light strike vehicle it was easily modifiable for multiple variants for the vehicle including anti tank and armoured but the standard model is light and armed with to mg42s and a m2 browning.” 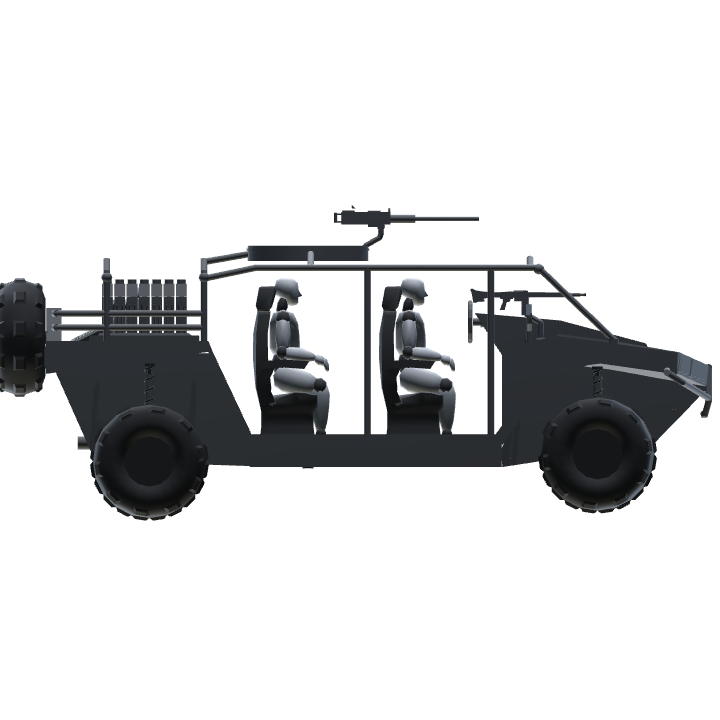 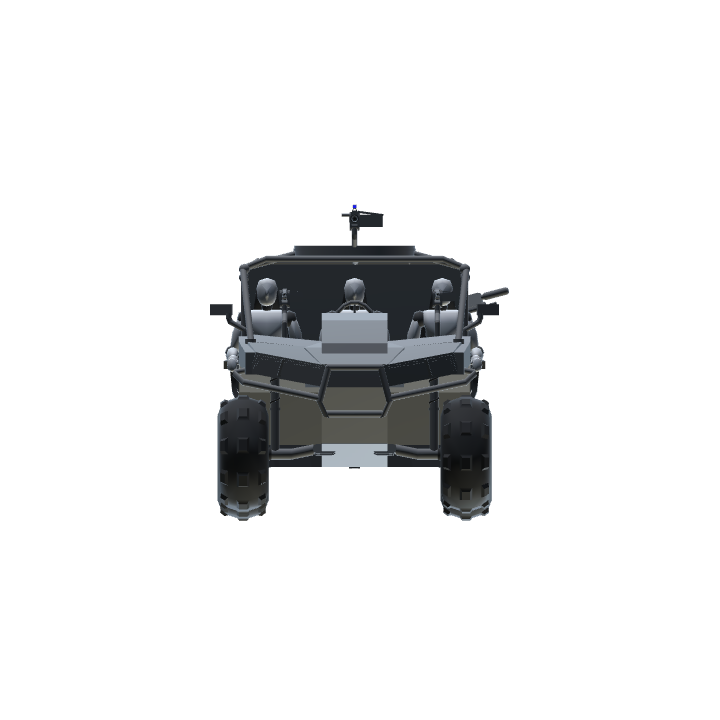