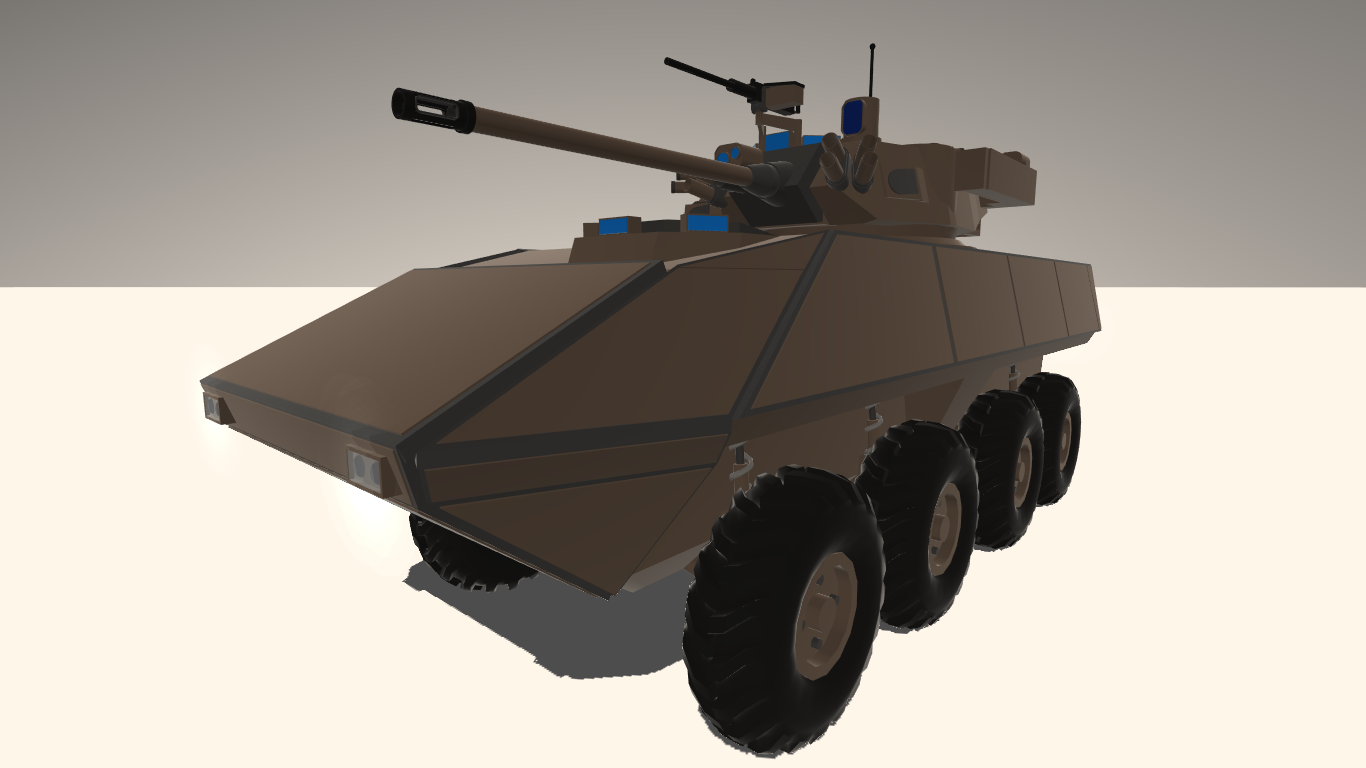 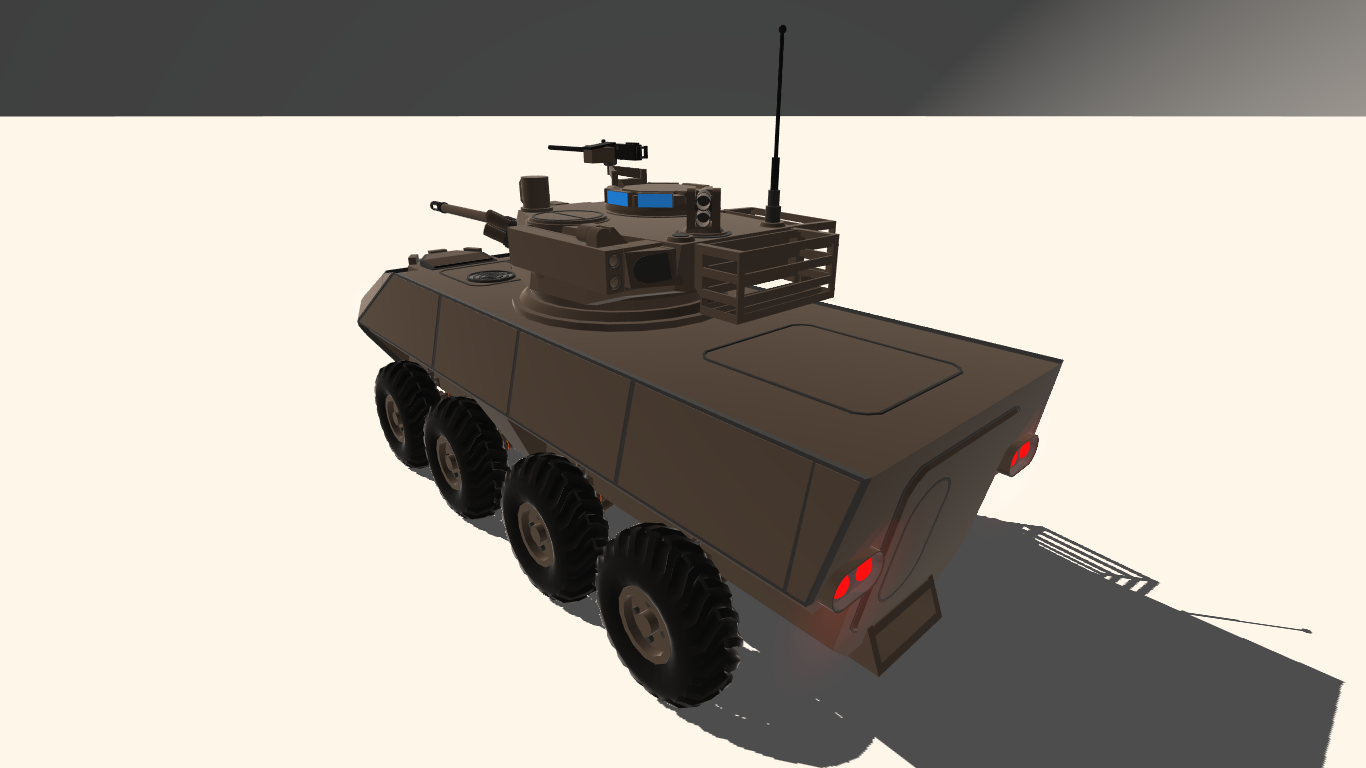 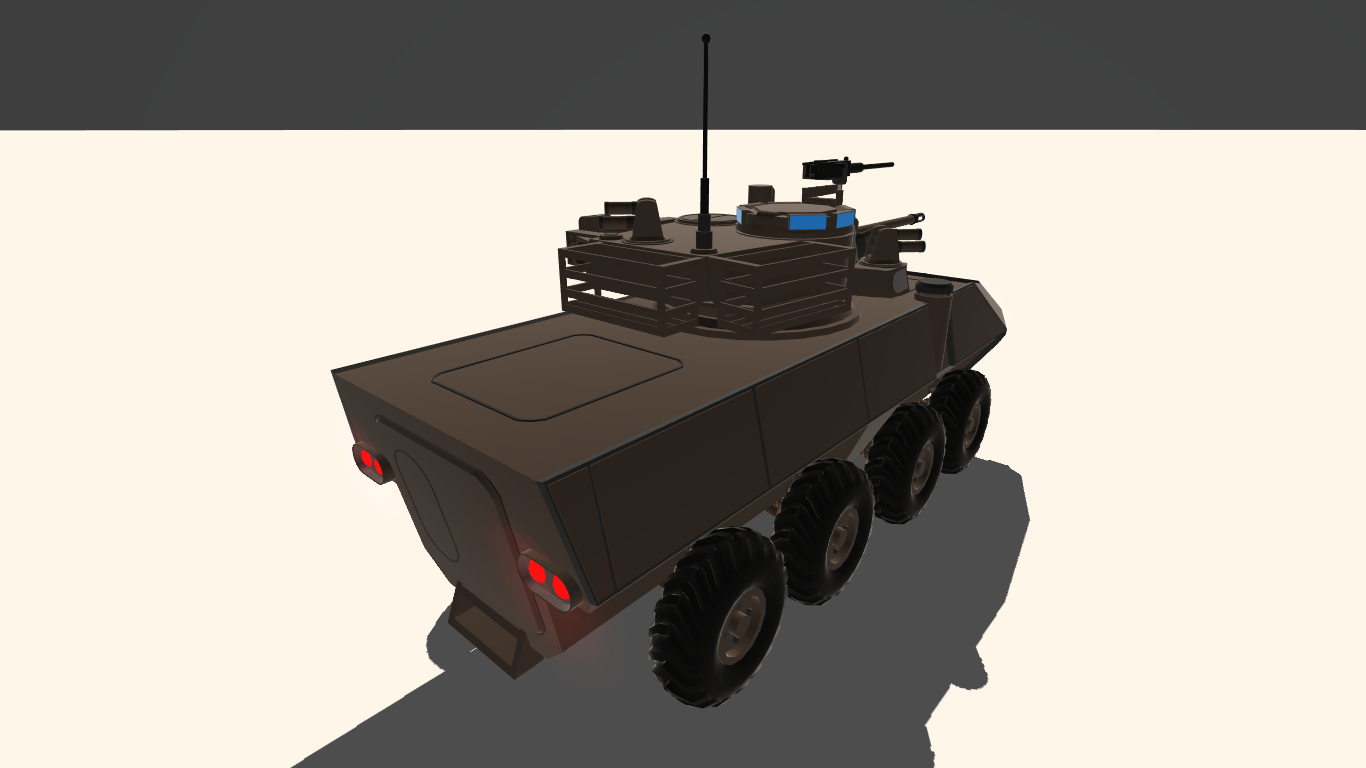 The Stallion Wheeled Armored Vehicle is a Paternian 8x8 armored fighting vehicle, designed as a family of wheeled armored vehicles. Developed from the highly successful Light Reconnaissance Vehicle, it would be the ideal solution to a modernizing Paternian military.

This particular example is a Stallion Infantry Fighting Vehicle, armed with a 30mm M15 revolver cannon and a pair of Javelin SACLOS AT missiles(not related to the US Javelin missile). Politics of the second half of the 20th century found the Paternian Armed Forces involved in Africa. From backing the ascension of the Winolian monarchy, the suppression of the Polisario Front in Morocco and Western Sahara, a timely intervention in Liberia, and the infamous drawn-out stalemate in Angola, the Paternian military found itself increasingly involved on the continent. In doing so, it would learn many lessons, often the hard way.

One of those lessons was the value of wheeled armor. Initially, the Paternian Army was fairly adverse to using armored wheeled vehicles, preferring tracked vehicles such as the M125 APC. However, the conflicts the Paternians would find themselves in created a shift in thinking.

The KRIEG M1118 Commando, an armored car developed purely for export, would soon see extensive service with its home nation. Initially used purely for base and convoy security, the machine nonetheless proved an invaluable asset. It served as the do-all be-all of Paternian Army and Marine mechanized infantry units. Short of being a proper tank or self-propelled gun, it did everything it was asked to do and it did it well enough that eventually, the type would be the most common armored fighting vehicle in the Paternian Armed Forces.

However good a design the Commando armored car was, it wasn't perfect. The vehicle's 4x4 drive and rear-mounted engine, combined with certain features like side doors and firing ports, made it hard to modify it for certain roles. While the Commando was the machine the Paternian Army most certainly deserved, it wasn't what it needed.

The Stallion was designed with a modular design in mind, one that can be readily adapted to whatever the situation requires it to do. The Stallion family is an 8-wheeled vehicle, which can choose between an 8x4 where only the rear wheels are driven, or an 8x8 where all wheels are driven. All tires are linked to a central tire inflation system.

It is powered by either a Bandit D8 diesel engine or a KRIEG V6-72D diesel engine. Both are V-6 diesel engines, but the D8 is a 7.6 liter 365hp engine, while the V6-72D is a 7.2 liter 340hp engine. Currently, the D8 diesel is the engine of choice, and both engine options use a Bandit B32 transmission found on the Bandit Danube series of military trucks.

It was initially developed as an amphibious vehicle, but this requirement was later dropped in favor of applique armor. Still, it is capable of fording up to 1.5 meters of water.

The Stallion can be safely delivered by C-17, C-5, or A-400M by either standard high altitude parachute drop or by LAPES. It and the LRV it was derived from are the only Paternian armored amphibious machines capable of doing so with an armament heavier than a .50 caliber machine gun.

An early requirement was that the machine be airdroppable from a C-130. However, this was quickly reverted to air-transportable, as it was pointed out that the lighter LRV couldn’t be airdropped by C-130 either.

The Stallion's baseline armor is MIL-A-46100 specification high-hardness steel, and is rated to STANAG 4569 Level 3 overall. This will stop 7.62mm NATO tungsten-core AP rounds at 30m, and will allow the vehicle to survive mine blasts.

Additional protection can be sought to improve the ballistic qualities, with the Stallion Improved Protection System (fitted to this example). SIPS comes in two forms, based on the desired ballistic protection.

SIPS I uses a hard weather-proof and splinter-proof nylon outer plates sandwiching multiple aramid layers soaked in Ballistic Plastic Formula 21 (BPF-21). There is a 50mm air gap between the SIPS I plate and the base armor.

SIPS I brings ballistic protection to the front and sides to Level 4, and provides resistance to weapons such as 40mm grenades, rifle grenades, and light anti-tank weapons such as single-warhead RPG-7 projectiles. With the full SIPS I kit weighing 2,350kg on account of the lightweight polymer construction, the capability it provides for this mass is considerable.

SIPS II being ballistic protection to the front and sides to Level 5, suitable to stop 25mm APDS from the sides. The frontal arc of SIPS II is able to stop 30mm APDS projectiles in similar conditions. It also provides more substantial protection against HEAT projectiles, such as newer single-stage RPG-7 warheads. While providing substantial protection, the cost in terms of weight (6,500kg), monetary cost, and the subsequent strain on automotive components and their lifespan limit the distribution of these kits to those actively deployed in high-intensity areas.

SIPS cannot be completely fitted to the ESV, ABLV, MRV, Zamburak, and CASEVAC variants due to different hull shapes and required external fittings.

Ballistic Plastic, named for the ease which it can be molded by hand, is a non-Newtonian shear-thickening fluid. Varying mixtures allow for different properties and resting viscosities. It was developed as an alternative to ceramic plate in personal and vehicle armor. Both materials had the required hardness for composite armor systems, but lost these qualities after sustaining multiple hits. This major weakness resulted in several losses of Commando armored cars fitted with ceramic armor.

The Infantry Fighting Vehicle is fitted with the Gauntlet hard-kill active protection system in order to defeat anti-tank projectiles.

All variants are CBRN protected.

The Stallion's firepower varies highly among its variants, ranging for GPMGs and HMGs to guided missiles and even gun artillery. 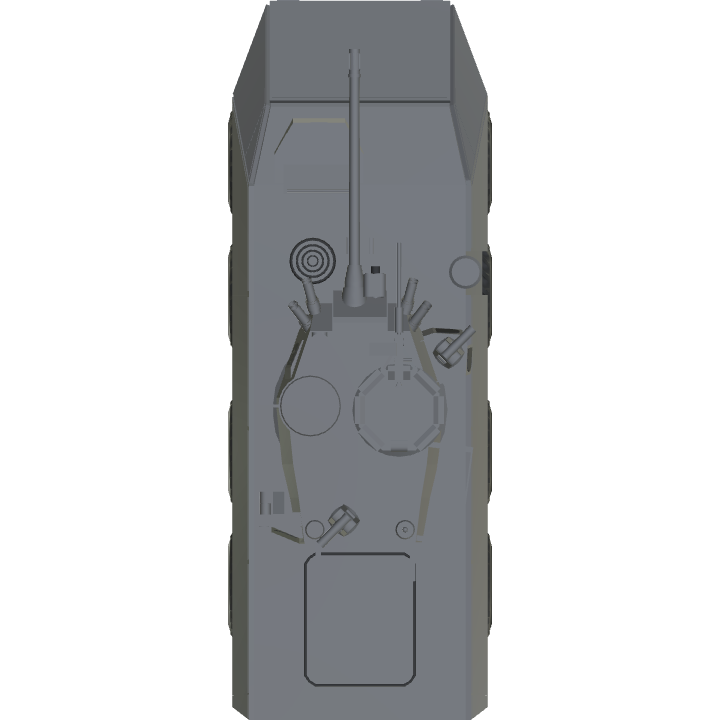 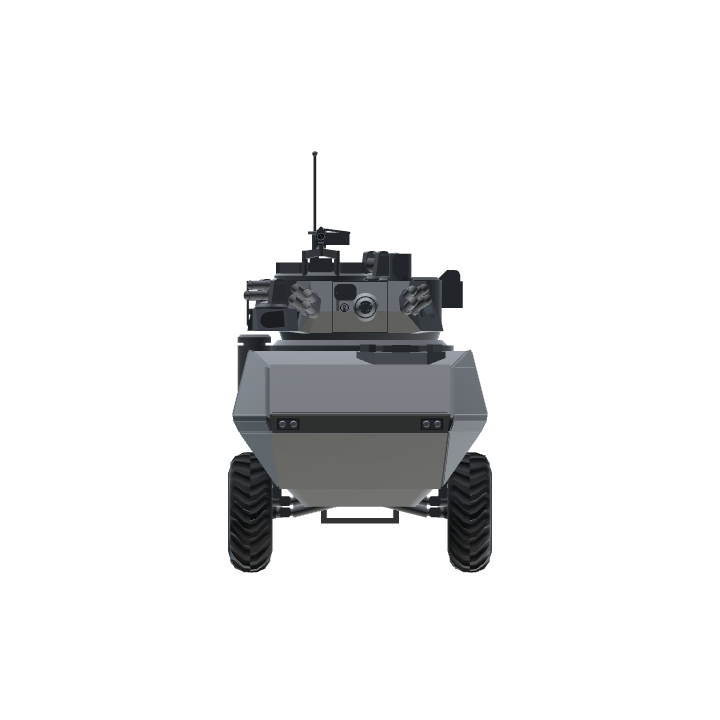