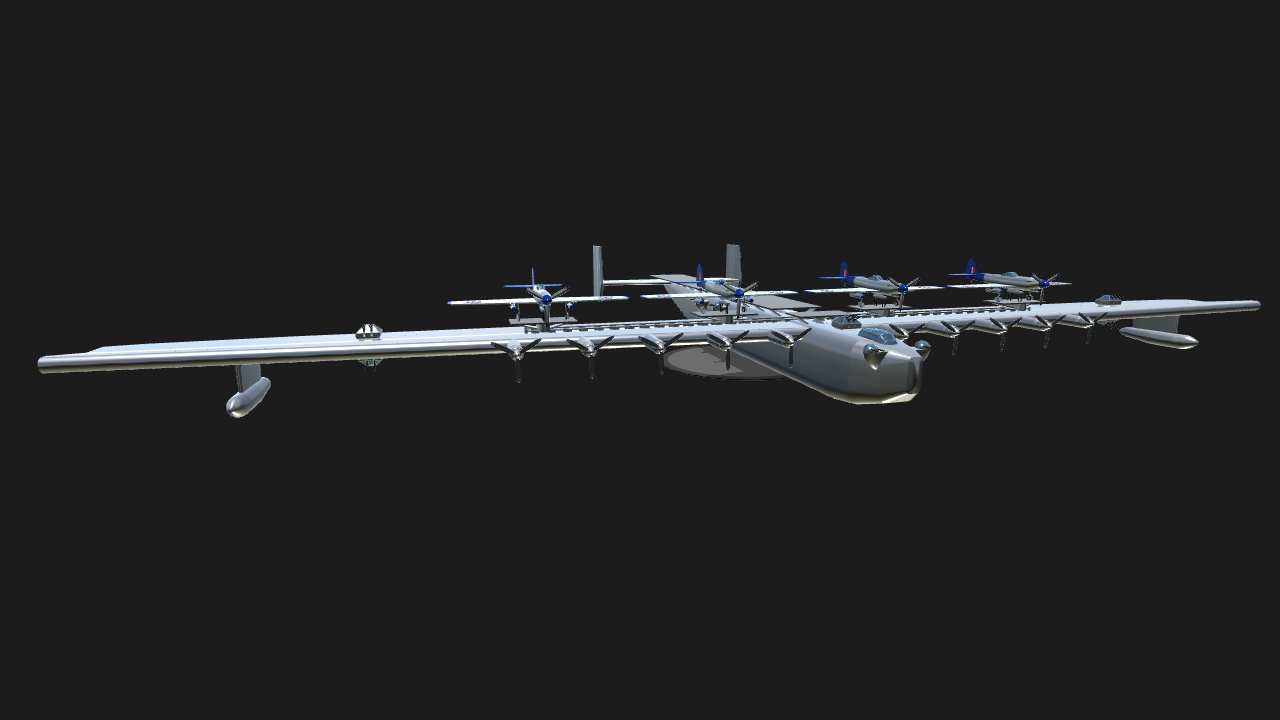 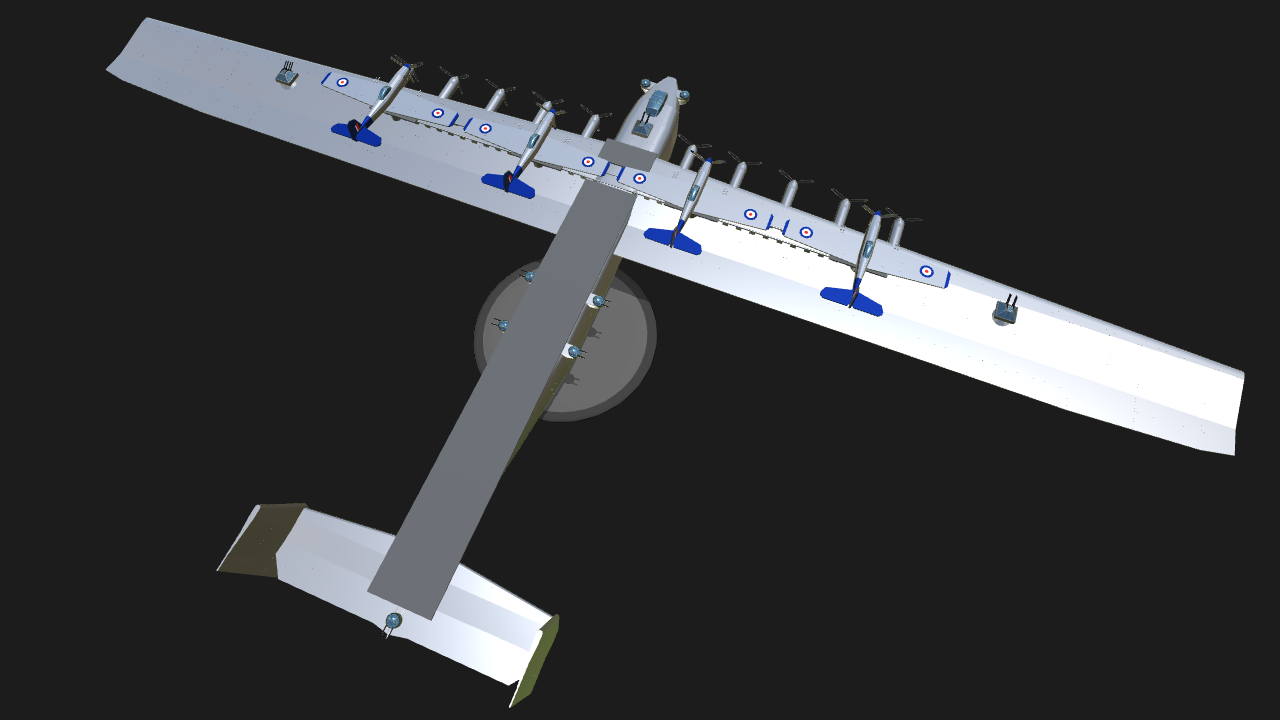 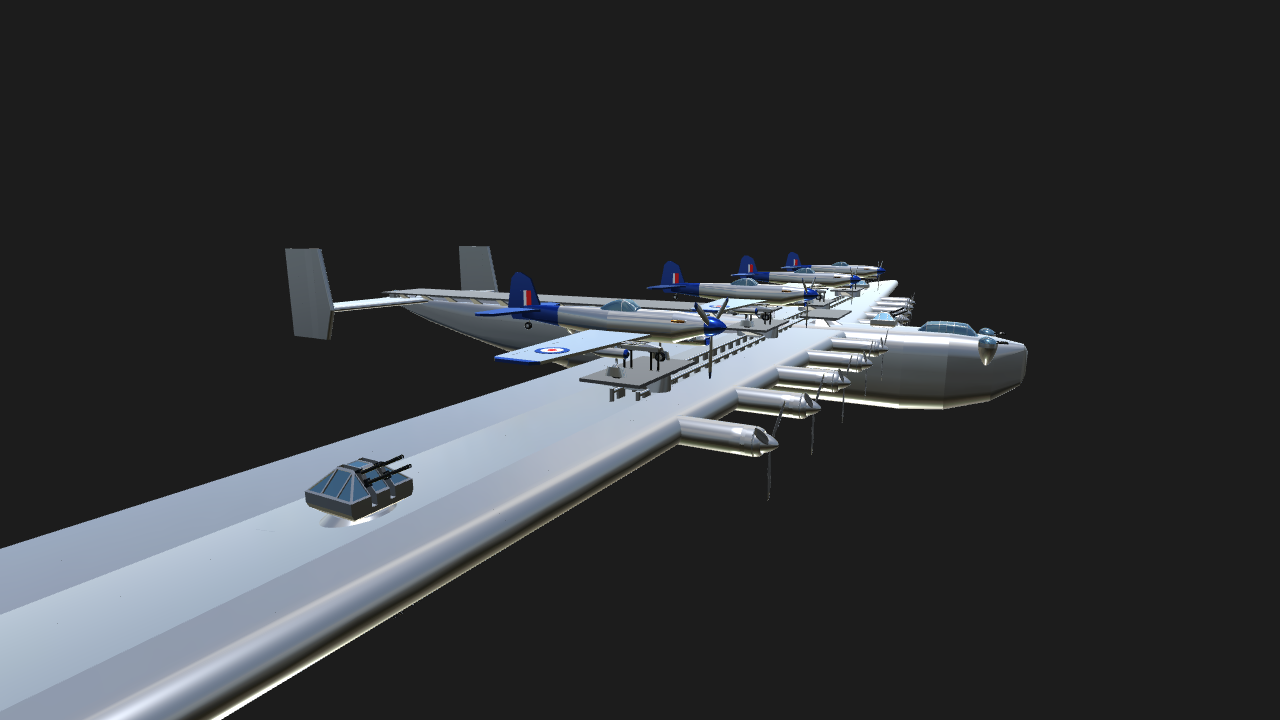 Welcome everybody to the Excelsior Aircraft Carrier. This Goliath of an aircraft was used in the last few months of the Pacific Campaign as an airborne carrier. The A-2s were used mainly for long range attacks on the enemy controlled islands or fleets. The A-2 had the speed advantage over conventional Carriers, with its 155 mph top speed it was able to strike anywhere with a Defient Mk VI fighter squadron at a moment's notice. It was used to strike and area as the main fleet was approaching, as a pre-emptive strike against the target before other carriers on either side could attack. In order to protect itself, the A-2 has 34, 50 cal machine guns on its 12 turrets, plus the ability to launch its fighters.
The electric magnets holding the planes on the mounts allow for the fighters to land on the A-2s while in the air or on the water. The landing strip functions exactly like a normal Carrier, with cables across the deck, but only used when the A-2 has landed. The fighter mounts slide on the rails in order to be able to connect each fighter up while stationary.
-Thank you very much, and although I don’t ever build planes specifically for the upvotes, they are very much appreciated and a good source of feed back. Really sorry Mobile Users, 1,000+ parts.
(Defient Mk VI https://www.simpleplanes.com/a/6p1H42/Defient-MK-VI-Bubble-Cockpit) 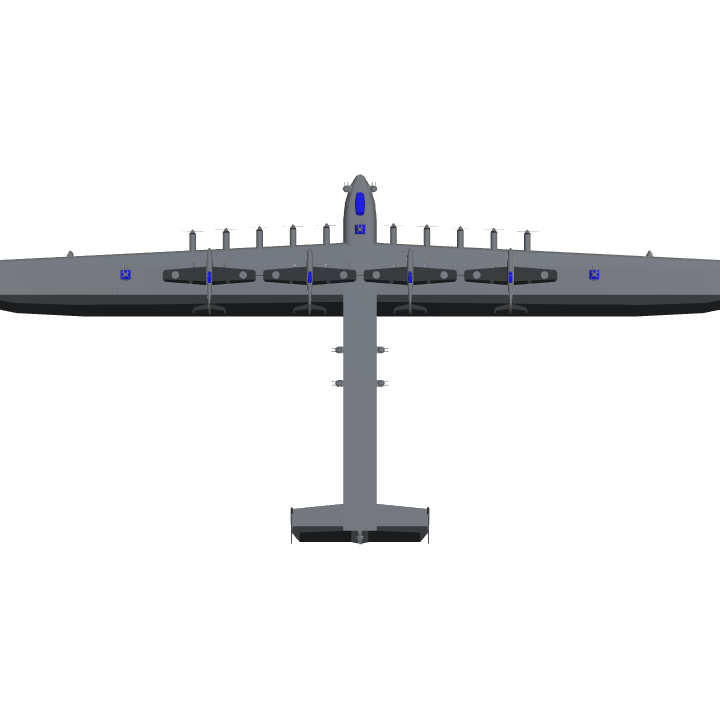 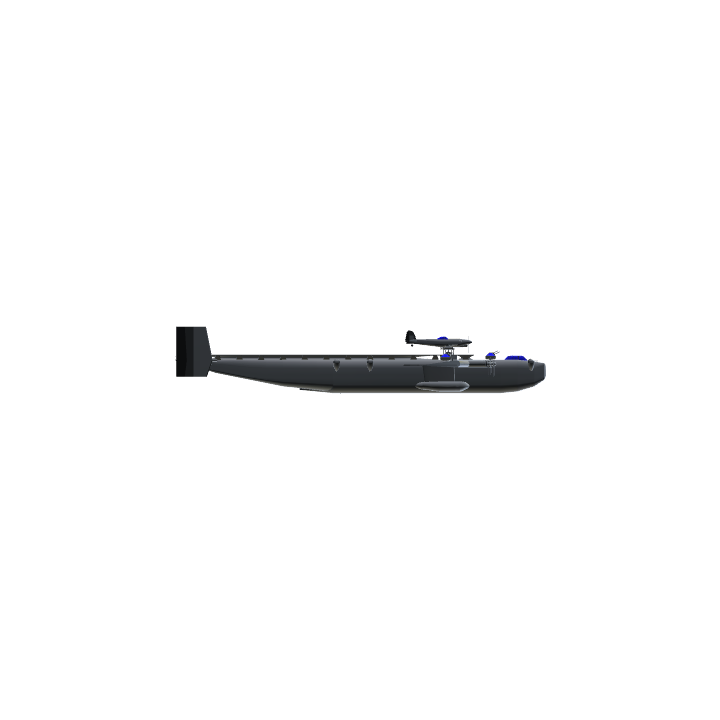 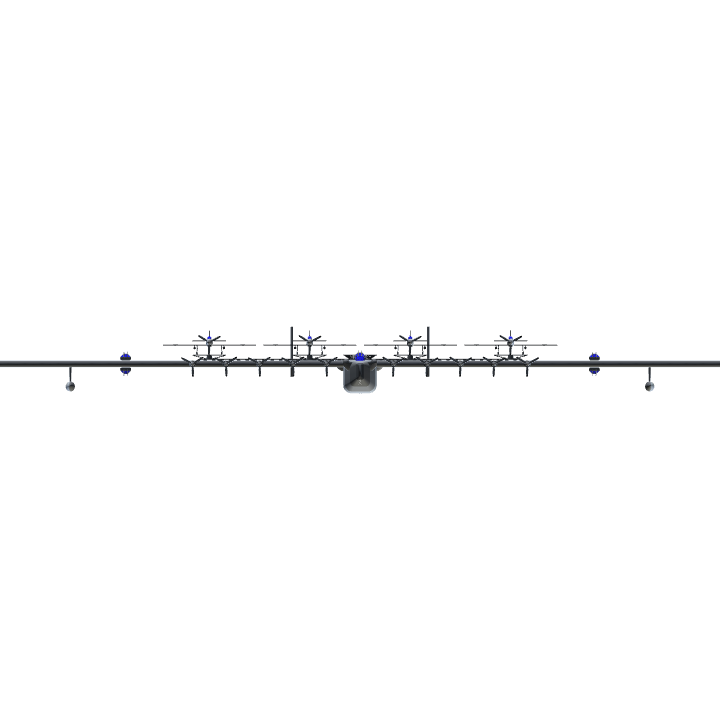