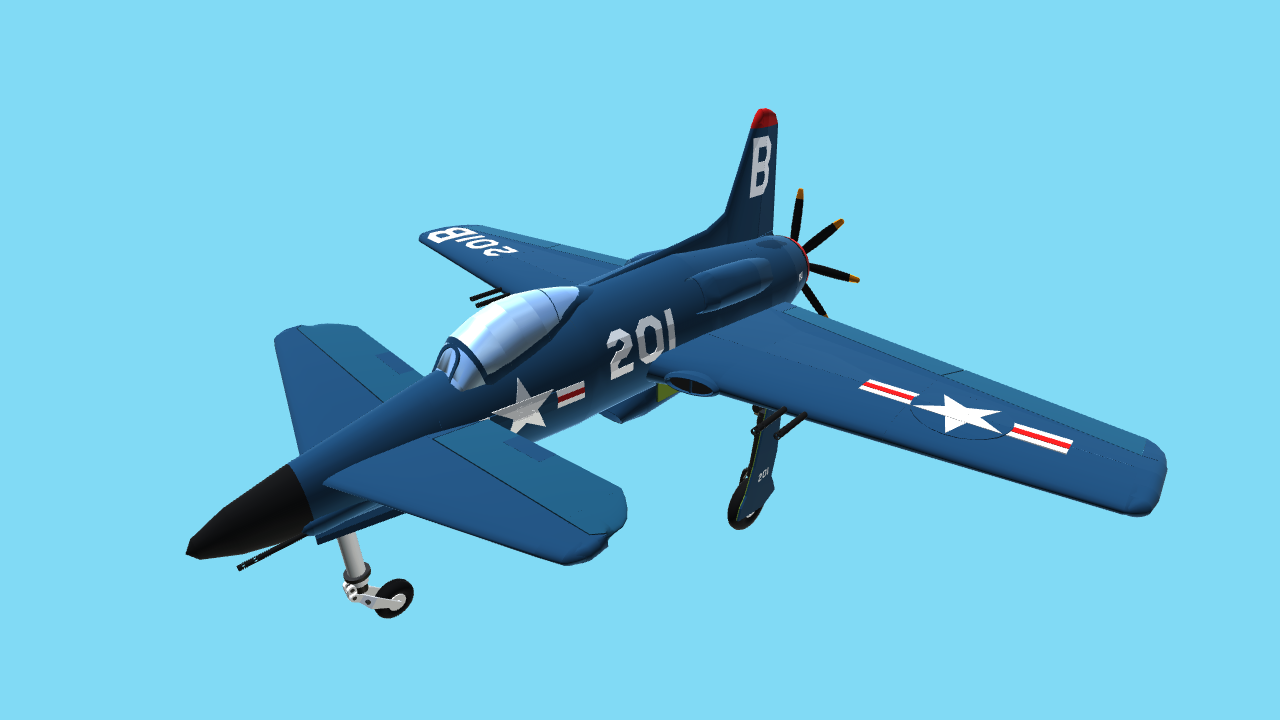 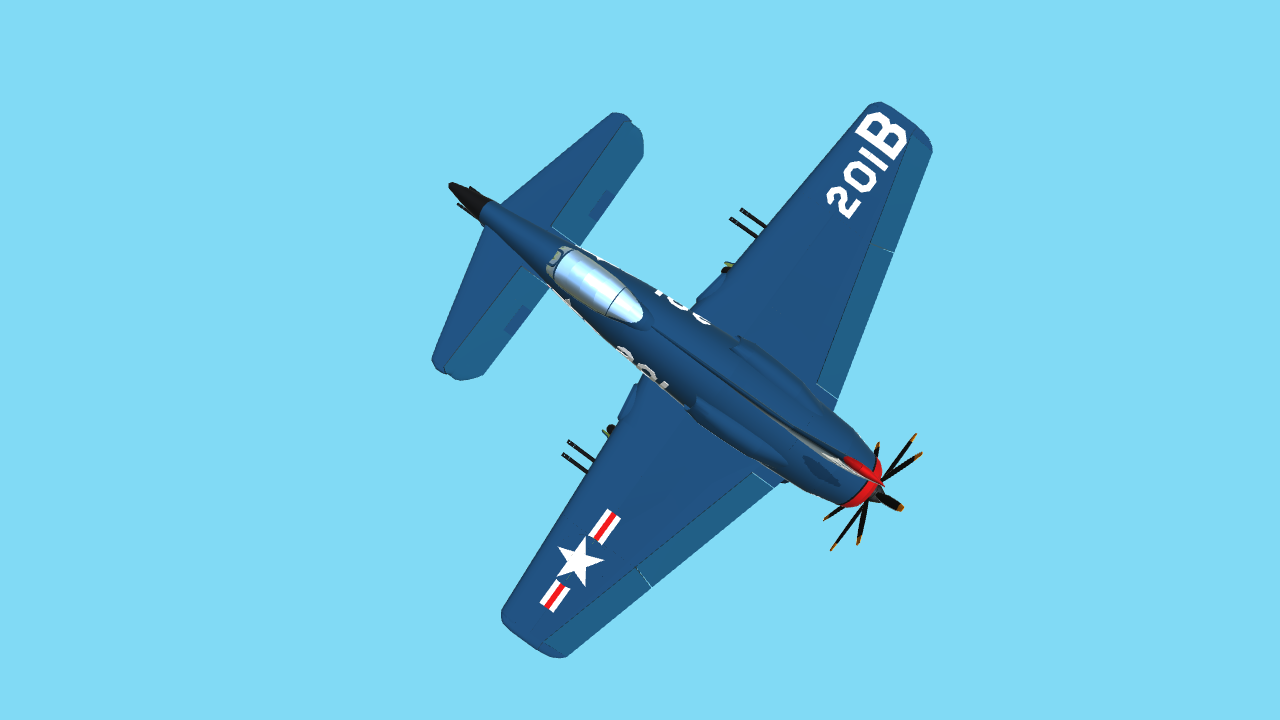 Based heavily on the Grumman F8F Bearcat the Rhinocat was an experimental design which utilised a canard layout to improve pilots view (no big prop in front or nose up attitude when taxiing around etc.) which also had the added benefit of allowing for a heavier armament (6 cannon instead of 4). The advantage of utilising existing aircraft components meant the aircraft could be made quickly and entered service before WW2 was ended, seeing extensive service in the pacific theatre. The Rhinocat also continued in service after the war performing a number of different roles

Throttle = go faster or slower
Pitch = pull back - go up, push forward - go down
Roll = you guessed it, push right - roll right, push left - roll left
Yaw = rudder, right for right, left for left
Trim = pitch trim, pull down to raise the nose, push up to lower it. Use it at all times as per real aircraft
AG1= Arrestor hook, handy if landing on a carrier
AG2= Fold wings, also handy if parking lots of them on a carrier

Max speed: 400kn (or faster in a dive..., or at altitude, or in other circumstances in which you cheat this stat.)
Range: To hell and back with a bit left over.
Service ceiling: 40,800ft (but in SP that means nothing, climb as high as you want.) 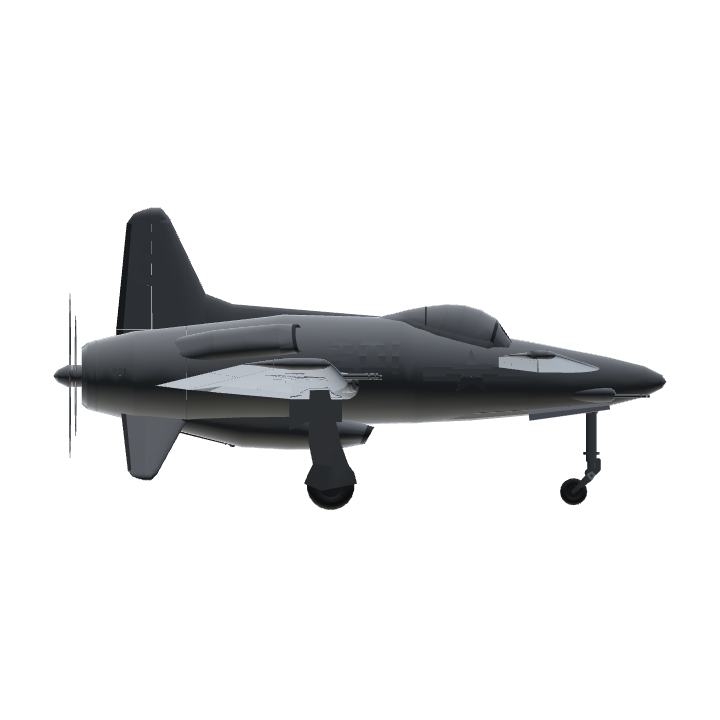 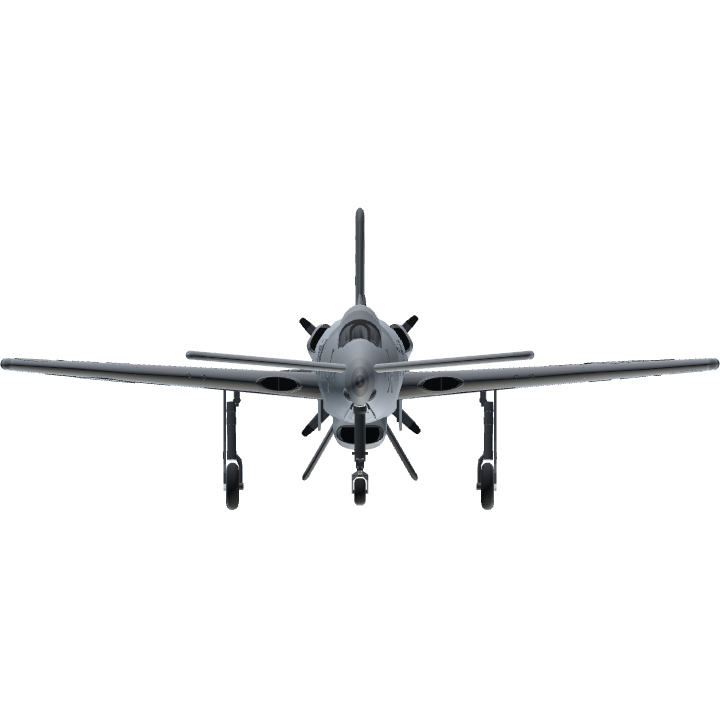