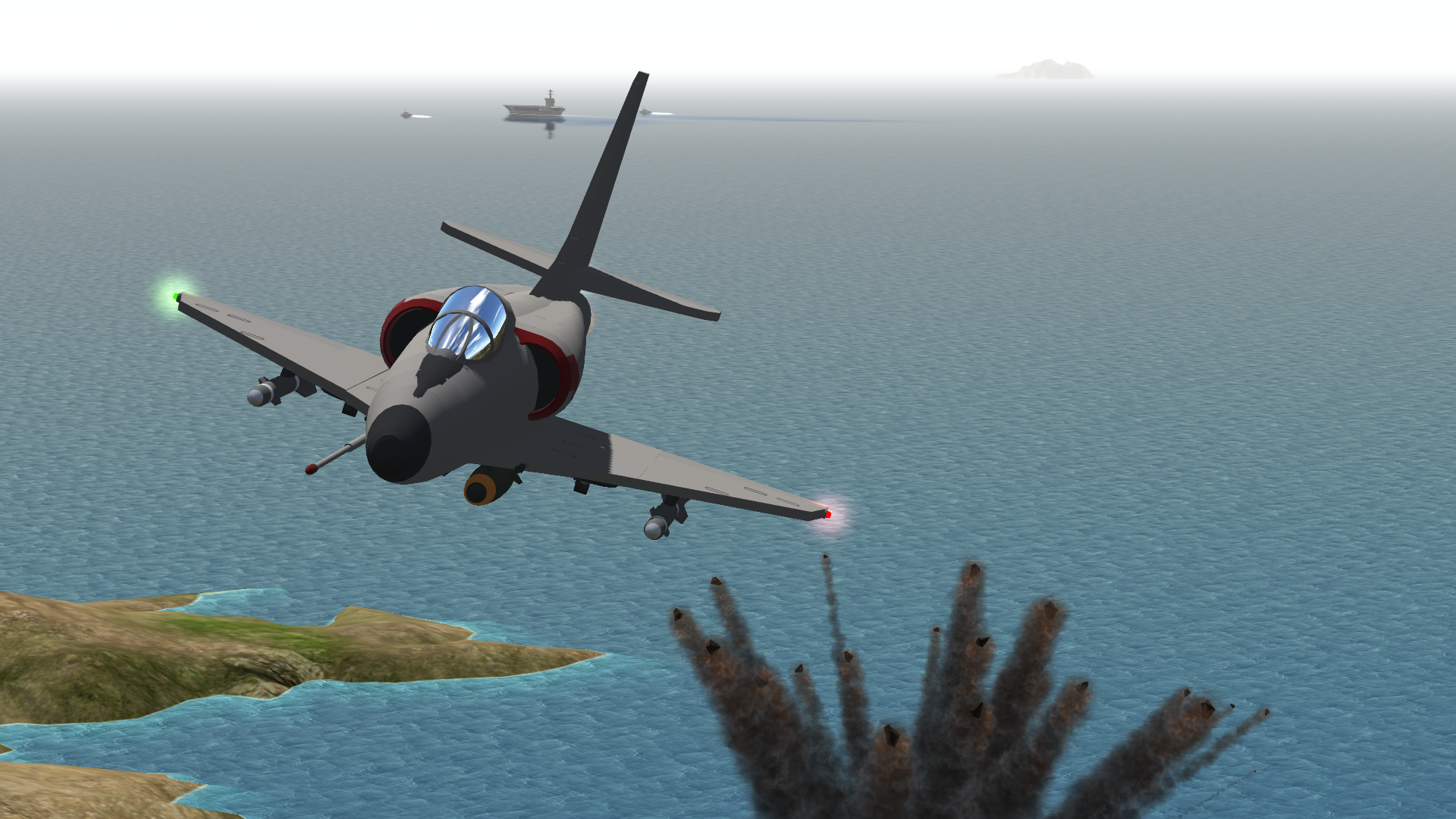 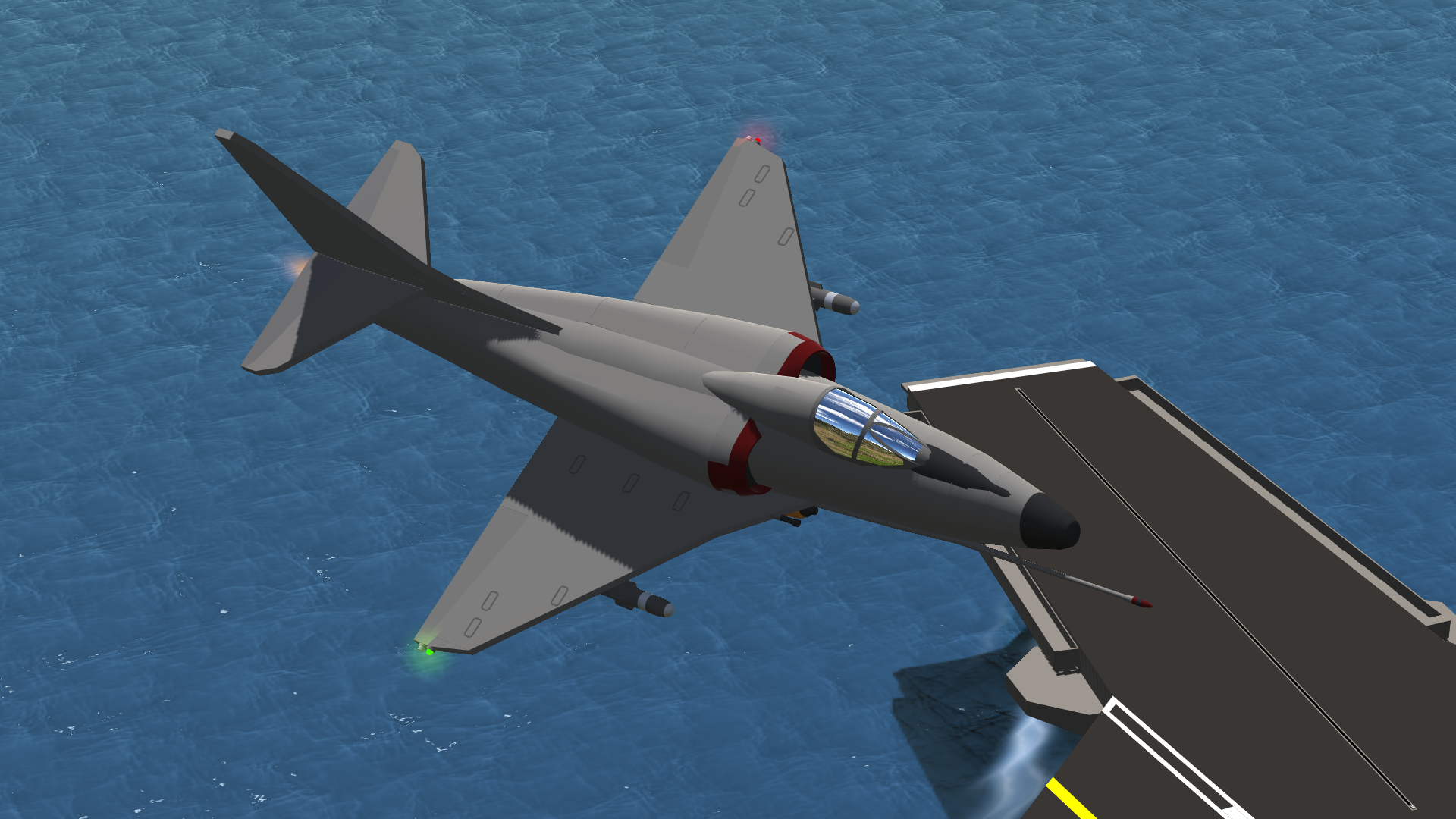 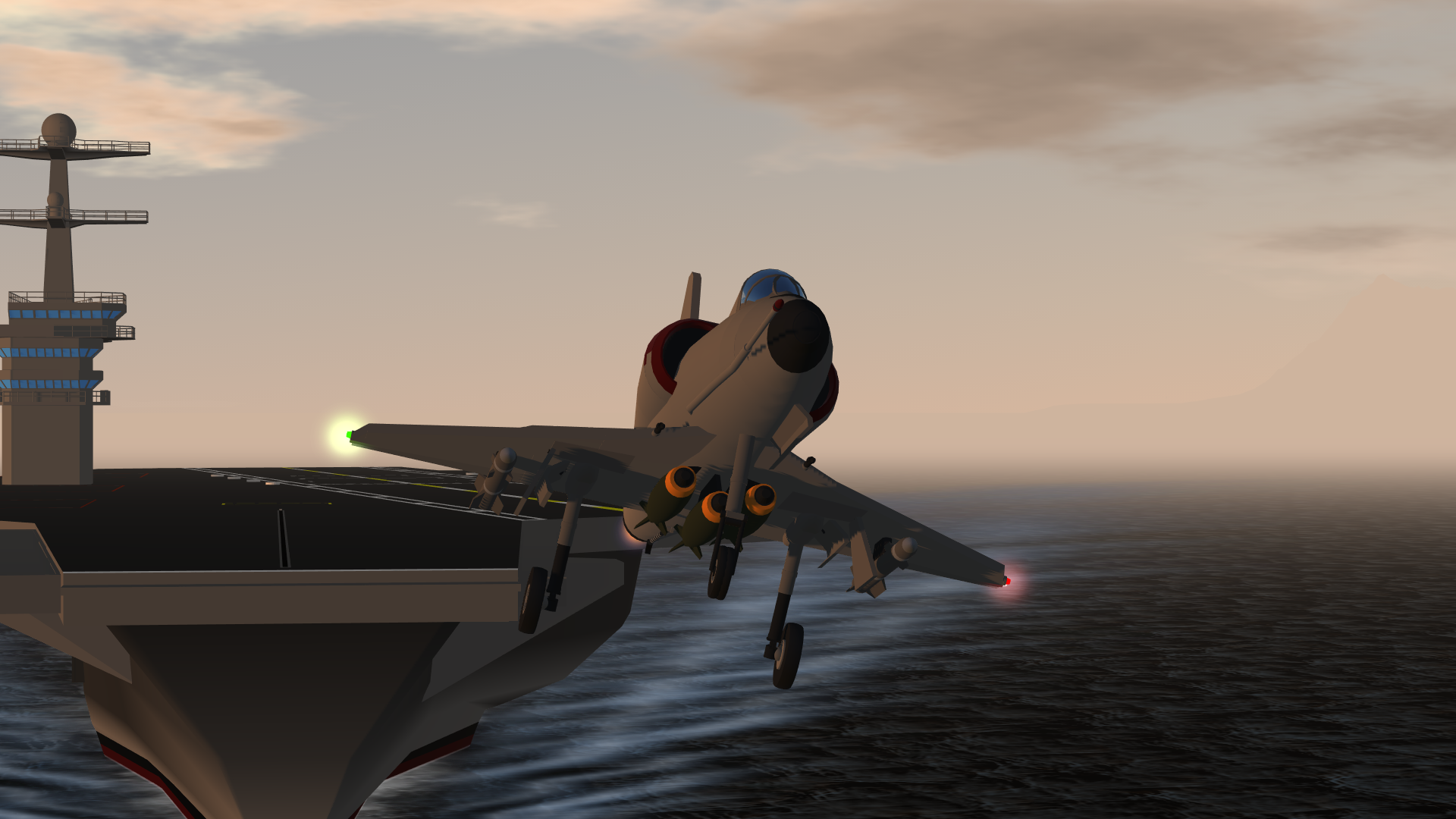 One of my favorite planes, the A-4 Skyhawk! 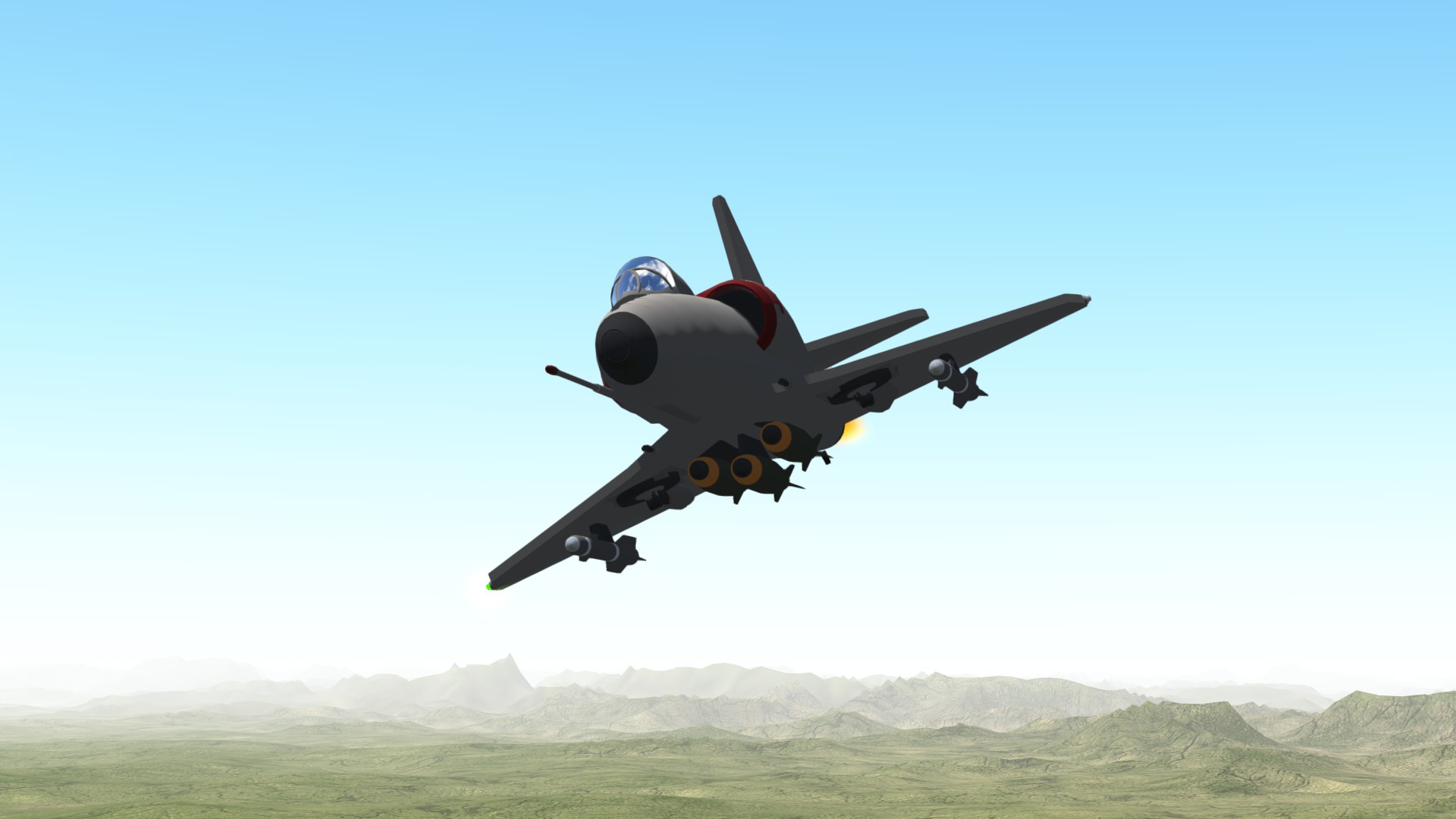 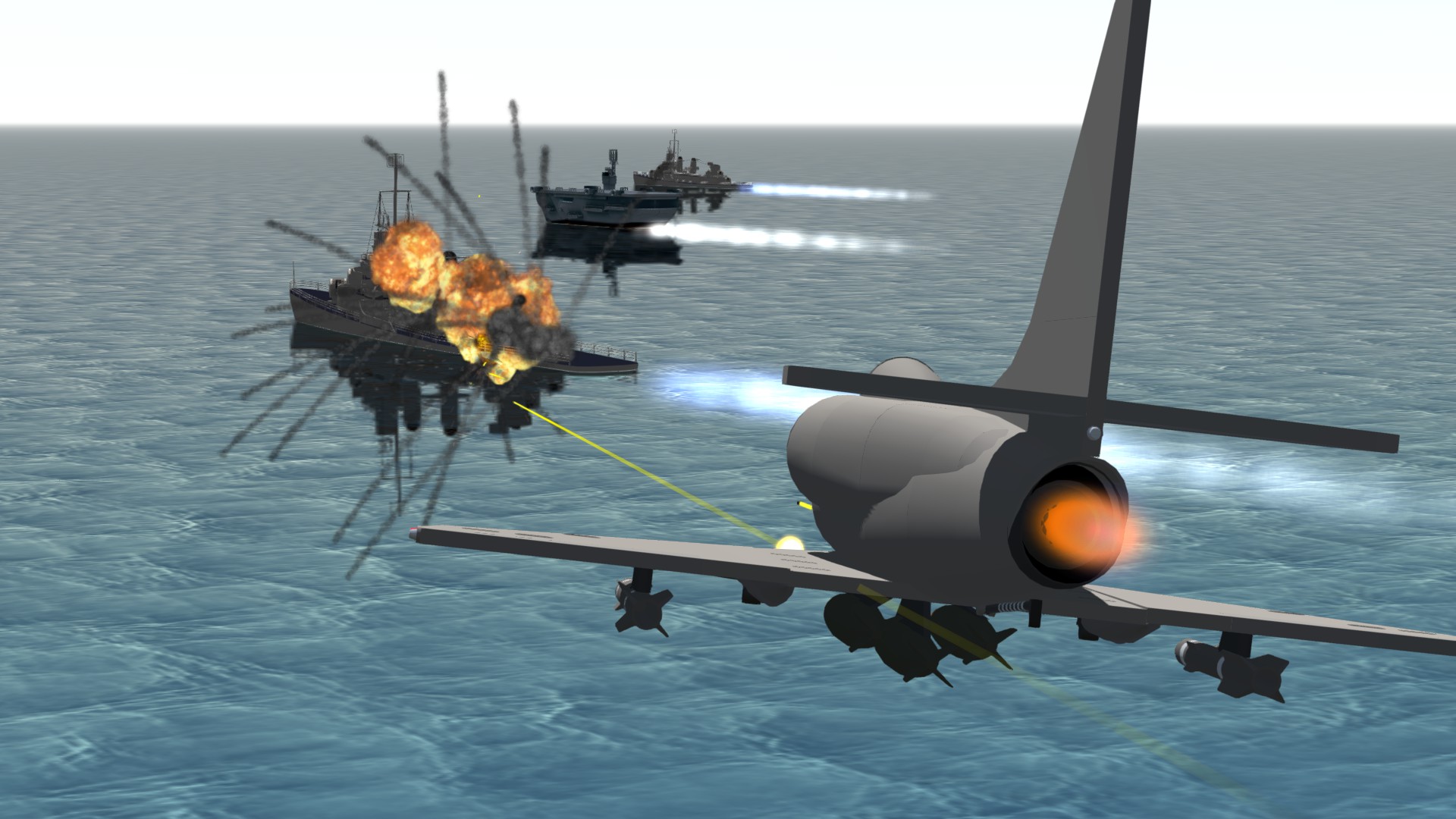 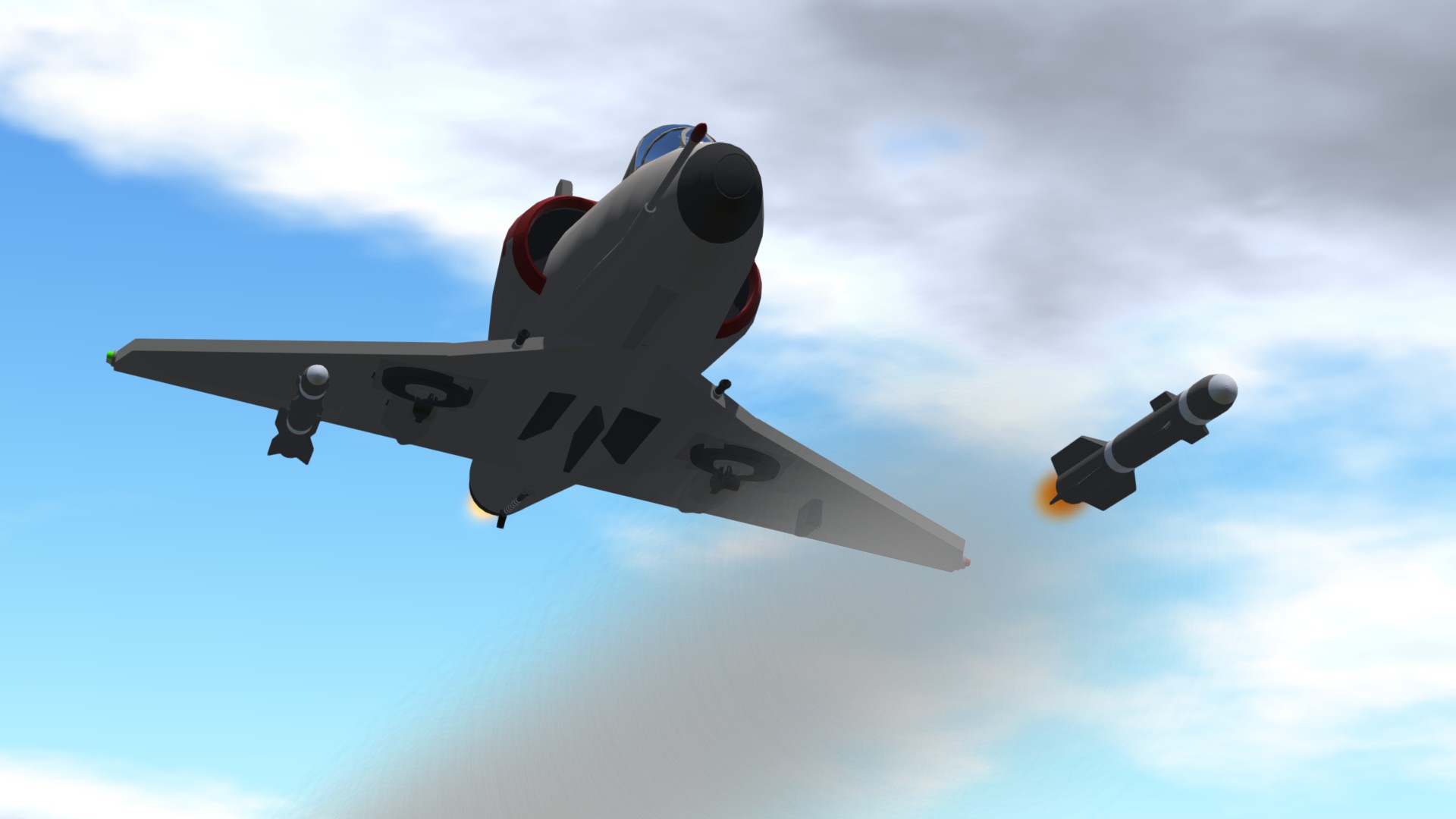 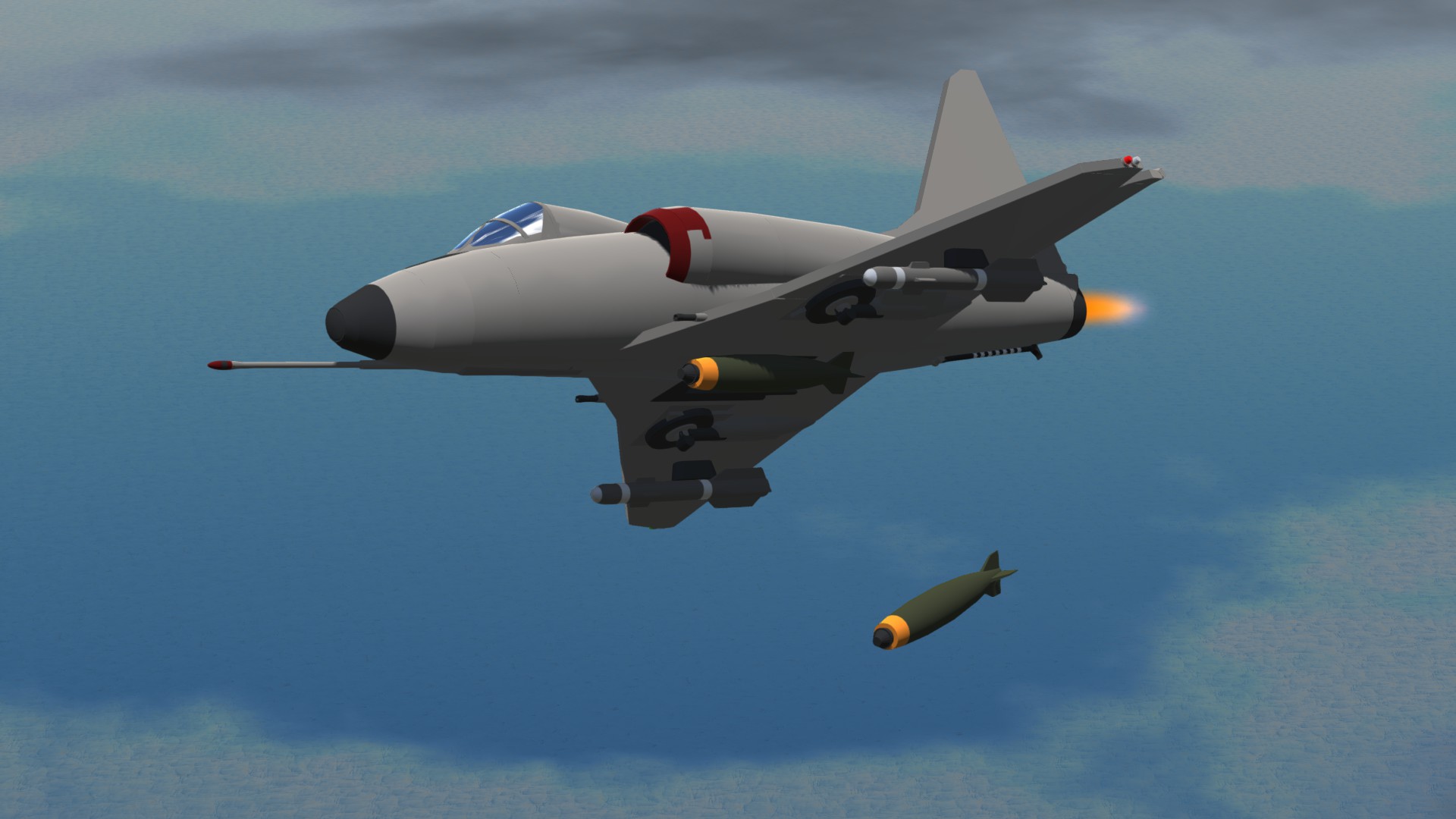 The Douglas A-4 Skyhawk is a single-seat subsonic carrier-capable light attack aircraft developed for the United States Navy and United States Marine Corps in the early 1950s. The delta-winged, single turbojet engined Skyhawk was designed and produced by Douglas Aircraft Company, and later by McDonnell Douglas. It was originally designated A4D under the U.S. Navy's pre-1962 designation system. The Skyhawk is a relatively lightweight aircraft with a maximum takeoff weight of 24,500 pounds (11,100 kg) and has a top speed of more than 670 miles per hour (1,080 km/h). The aircraft's five hardpoints support a variety of missiles, bombs and other munitions. It is capable of carrying a bomb load equivalent to that of a World War II–era Boeing B-17 bomber, and can deliver nuclear weapons using a low-altitude bombing system and a "loft" delivery technique. The A-4 was originally powered by the Wright J65 turbojet engine; from the A-4E onwards, the Pratt & Whitney J52 engine was used. Skyhawks played key roles in the Vietnam War, the Yom Kippur War, and the Falklands War. Sixty years after the aircraft's first flight in 1954, some of the 2,960 produced (through February 1979)[1] remain in service with the Argentine Air Force and the Brazilian Naval Aviation. 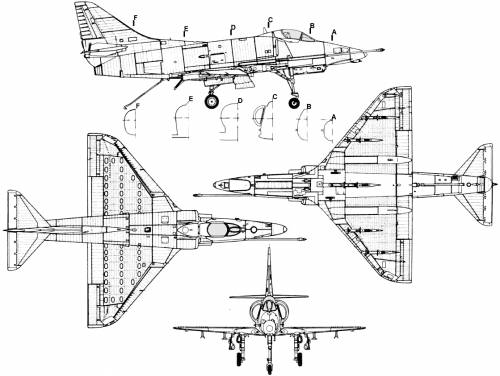 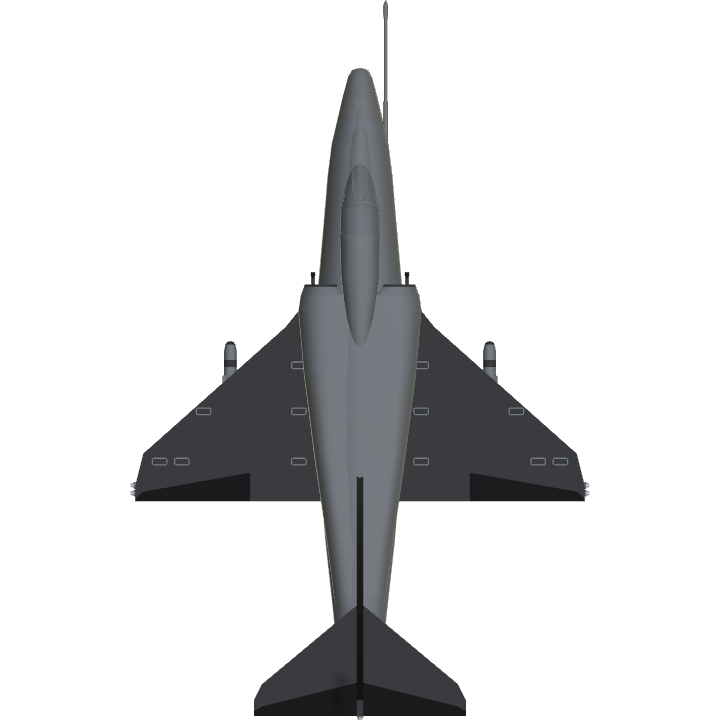 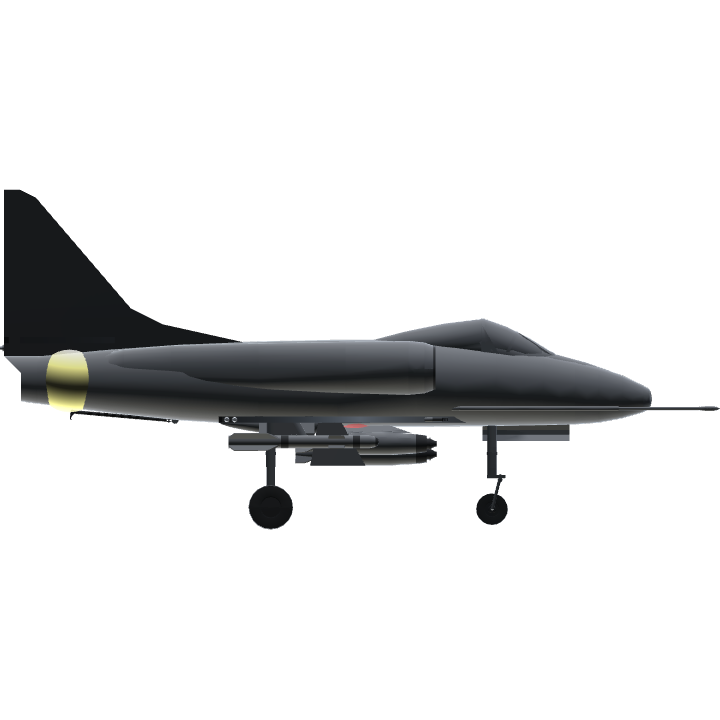 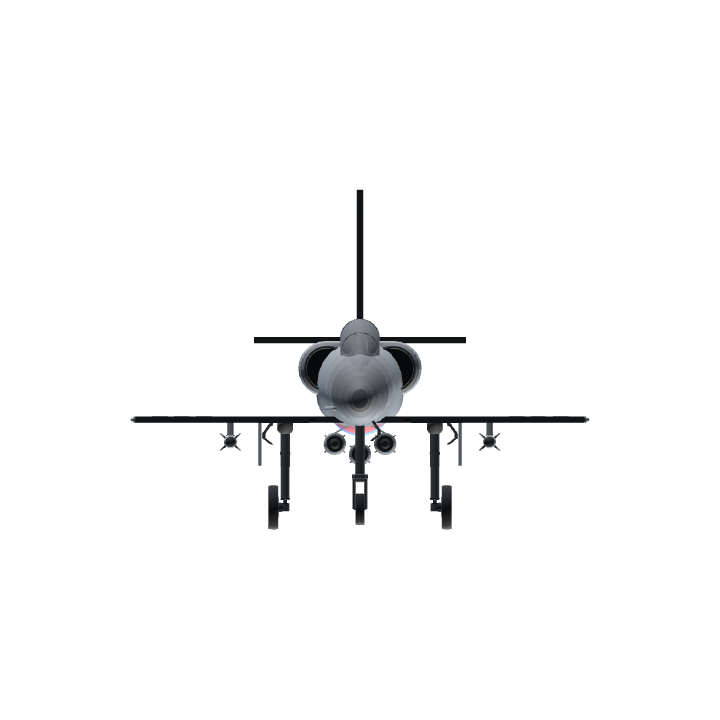