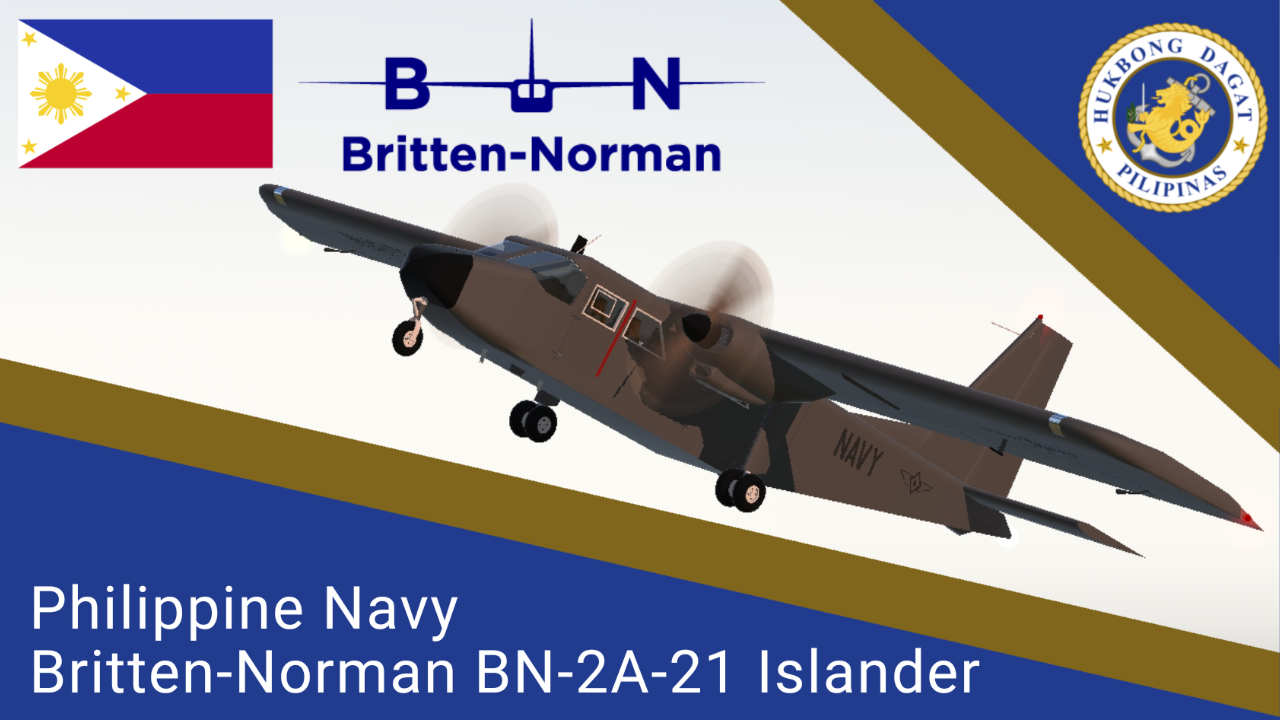 "The Britten-Norman BN-2 Islander is a British light utility aircraft and regional airliner designed and originally manufactured by Britten-Norman of the United Kingdom. Still in production, the Islander is one of the best-selling commercial aircraft types produced in Europe. Although designed in the 1960s, over 750 are still in service with commercial operators around the world. The aircraft is also used by the British Army and police forces in the United Kingdom and is a light transport with over 30 military aviation operators around the world."

"In 1953, Britten-Norman was formed for the purpose of converting and operating agricultural aircraft, amongst other vehicles such as the Cushioncraft hovercraft. In 1963, the firm initiated development work upon what would become the Islander, having sensed a demand for a simple and inexpensive twin-piston engine aircraft. The founders, John Britten and Desmond Norman, had observed the rapid growth of the commuter airline sector, and concluded that capacity was of a higher value to these operators than either range or cruising speed, thus the Islander emphasized payload over either of these attributes.

Through the use of low wing- and span-loading to generate greater effectiveness than conventional counterparts, the Islander could lift considerably heavier payloads than the typical aircraft in its power, weight or cost classes. To reduce manufacturing costs, both the wings and tail surfaces maintain a constant chord and thickness, while the ribs within the aircraft's wing are all identical; both rivets and external fishplate joints are used for the same purpose. The type was originally intended to use a fabric-and-steel design. A light alloy monocoque approach was adopted instead. The structure is designed to give rise to and experience low levels of stress, and has an infinite fatigue life without testing." 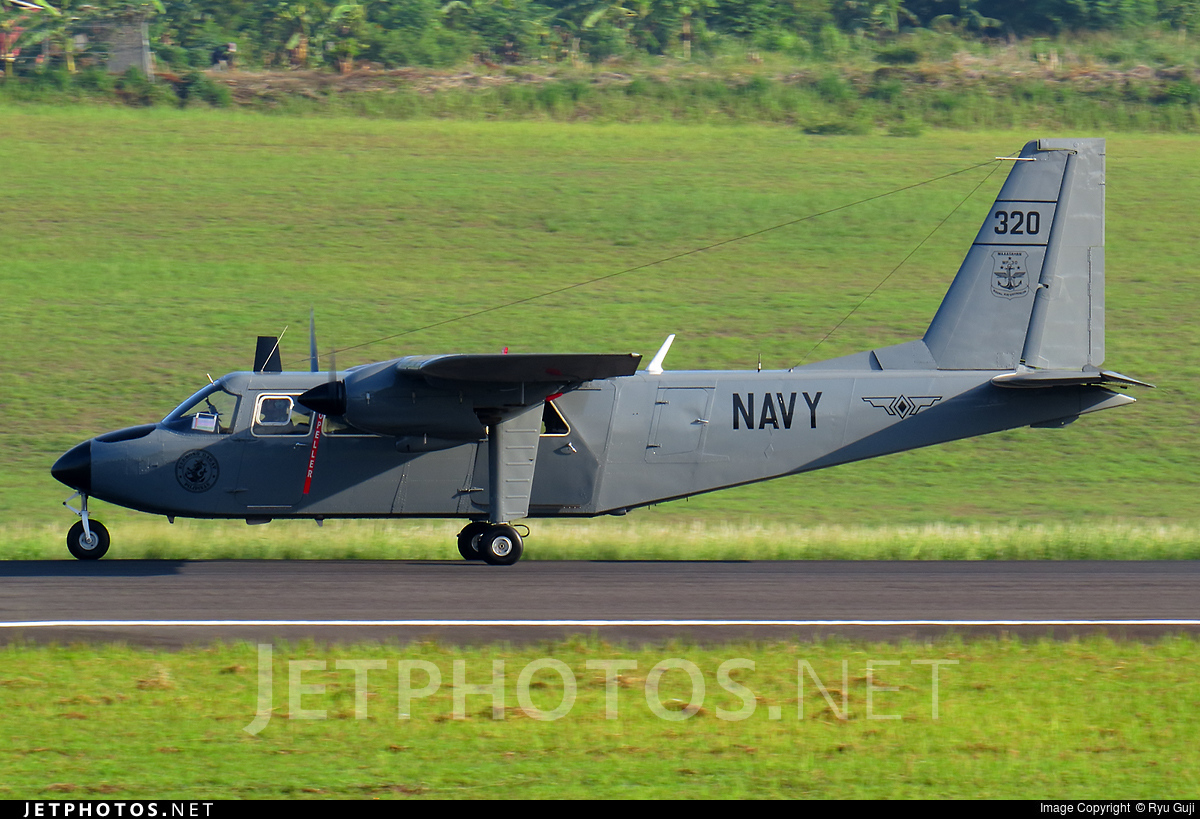 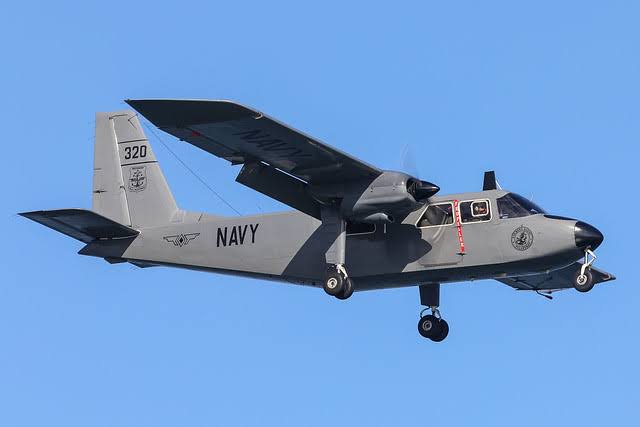 "The Navy currently operates six Britten-Norman Island aircraft for its patrol and other security missions, having acquired them in the early 1980s."

Special thanks to @UnguidedMissile to make the nose landing gear