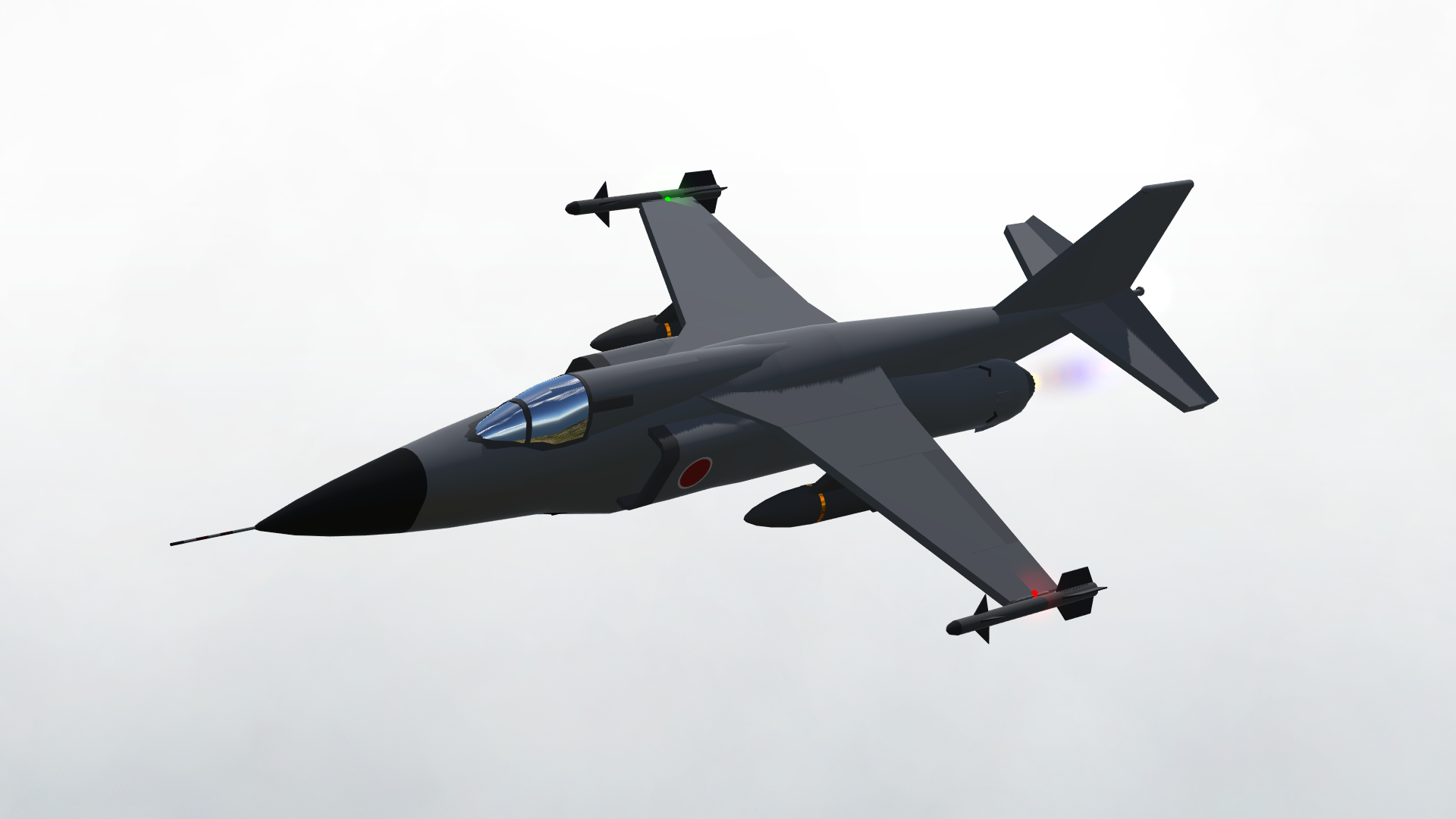 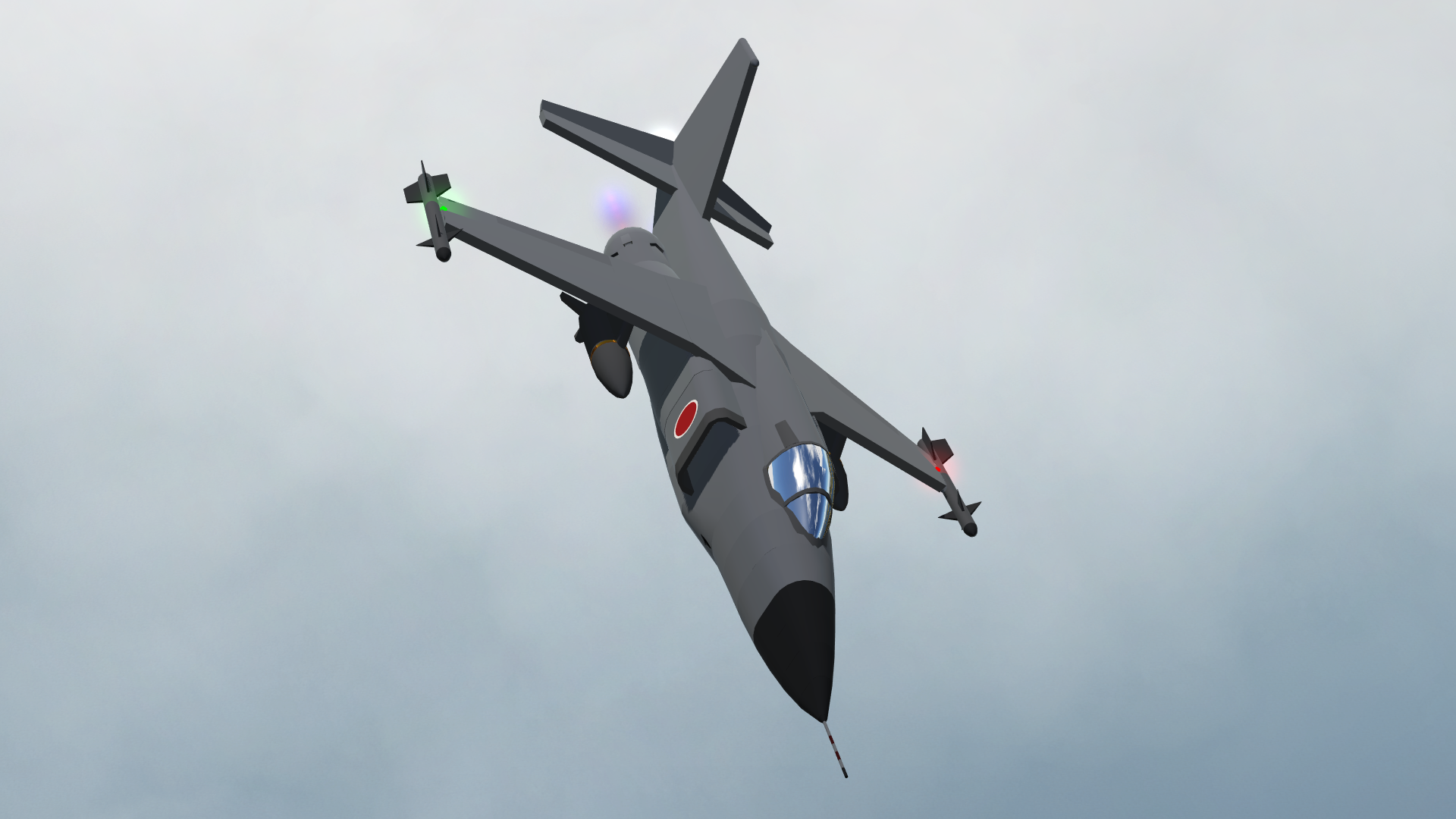 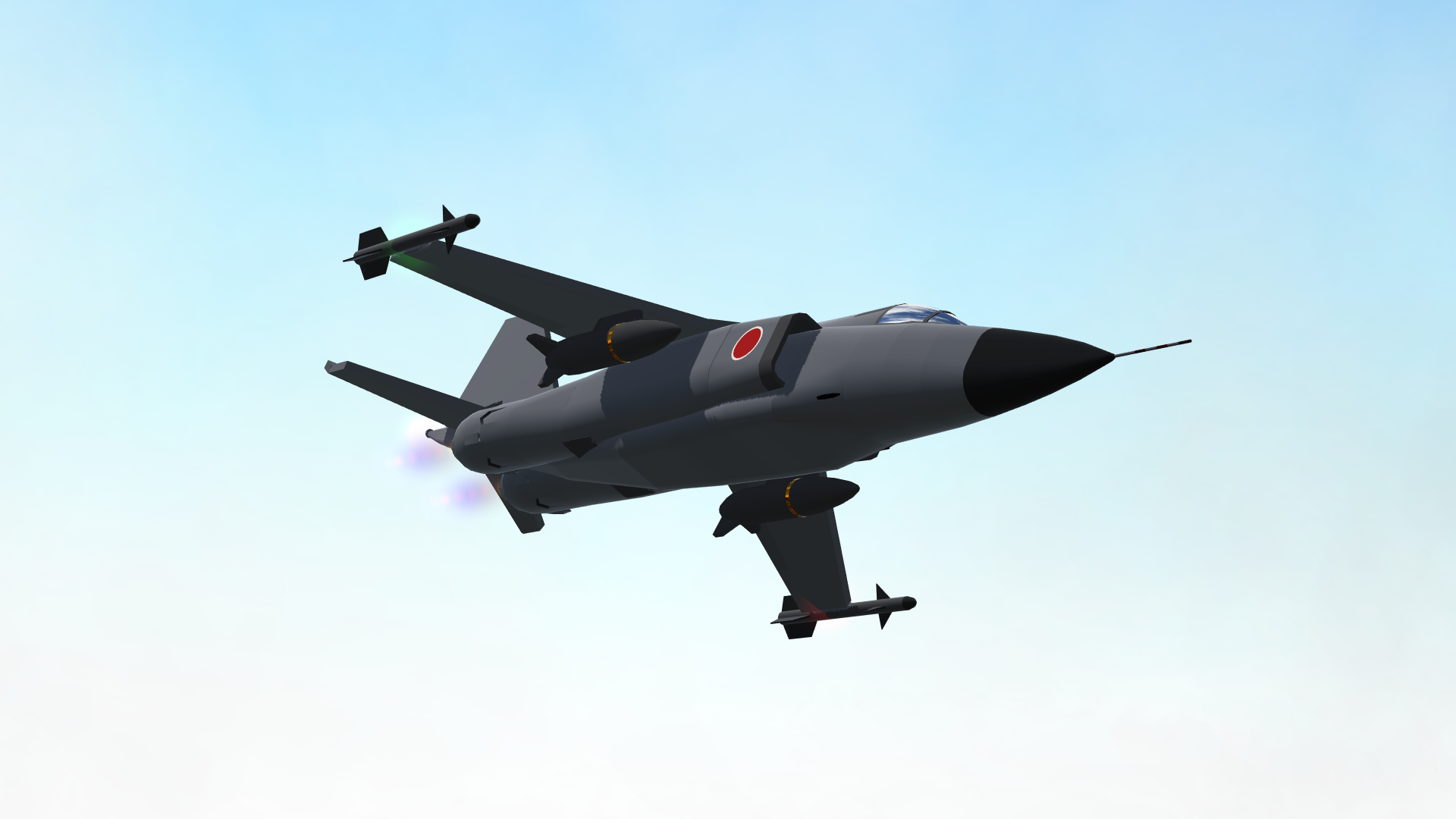 In the mid 1960s, the Japan Air Self-Defense Force (JASDF) commenced studies into an advanced jet trainer which could also be modified to serve in the ground attack and anti-shipping roles. After considering license production of the T-38 Talon and SEPECAT Jaguar, Japan decided to develop its own trainer, the supersonic Mitsubishi T-2, this first flying on 20 July 1971. Cost over-runs in the T-2 program led to the proposed single seat attack version almost being abandoned, but the cancellation of the Kawasaki P-XL, the planned replacement for Japan's Kawasaki P-2J maritime patrol aircraft freed-up funds, while making it important to keep Japan's aviation industry employed, and contracts were awarded for the development of the attack version as the FS-T2kai in 1973.[1][2] The new aircraft was a minimum change derivative of the T-2, with the rear cockpit being converted to an avionics bay by removing the rear seat, and replacing the canopy with a simple unglazed access hatch.[3] Two additional hardpoints were fitted under the wing to allow carriage of a heavier weapon load, and the avionics were improved,[4] with a new J/AWG-12 radar set, similar to that fitted in British Royal Air Force F-4M Phantom fighter jets.[5] This set provides ranging information. Aside from the avionics changes, deletion of the rear seat, and new one-piece canopy, the only other major change from the T-2 was the strengthening of the airframe to enable it to carry a larger weapons load than the T-2. The F-1 is fitted with an internally mounted 20 mm JM61A1 Vulcan cannon with 750 rounds of ammunition. The aircraft also has seven external hardpoints for the carriage of a wide variety of stores. The fuselage hardpoint and inboard pair of underwing hardpoints are plumbed for external fuel tanks to increase the aircraft's range. The primary weapon of the F-1 is the ASM-1 and the newer ASM-2 long-range anti-ship missile. This weapon is roughly in the class of the American AGM-84 Harpoon or French A 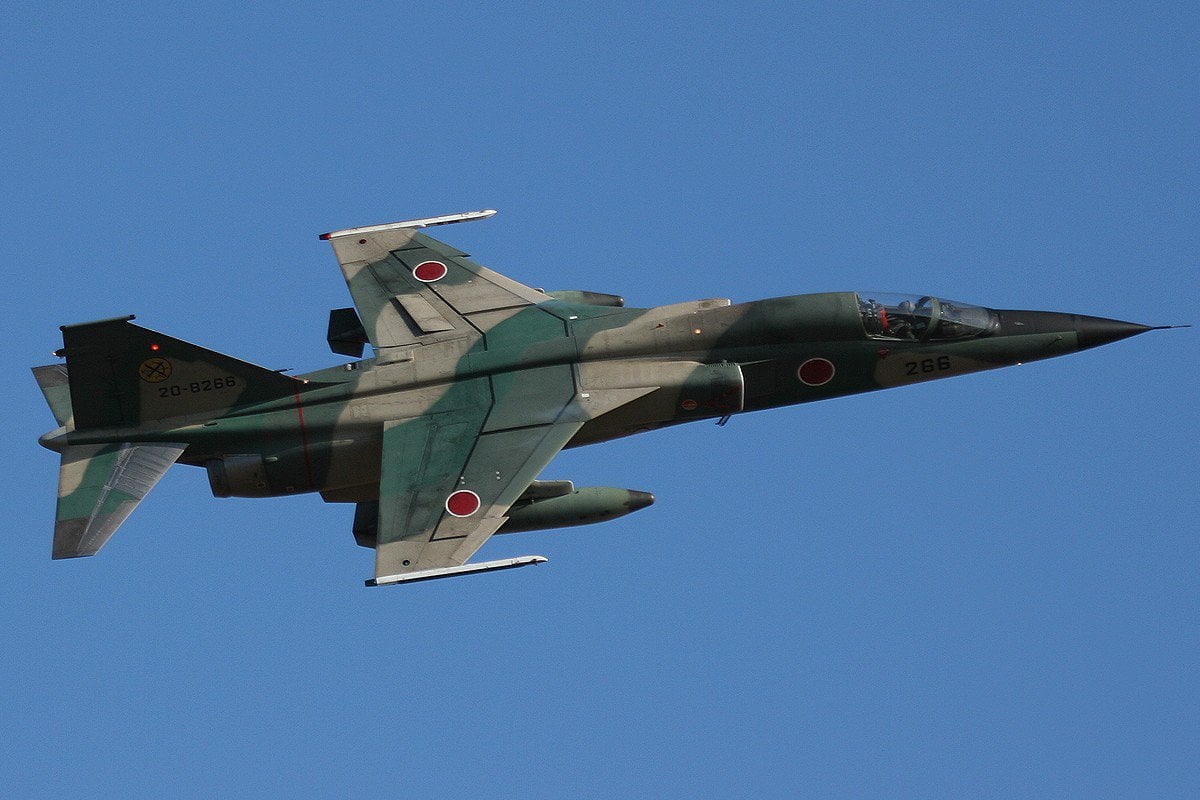 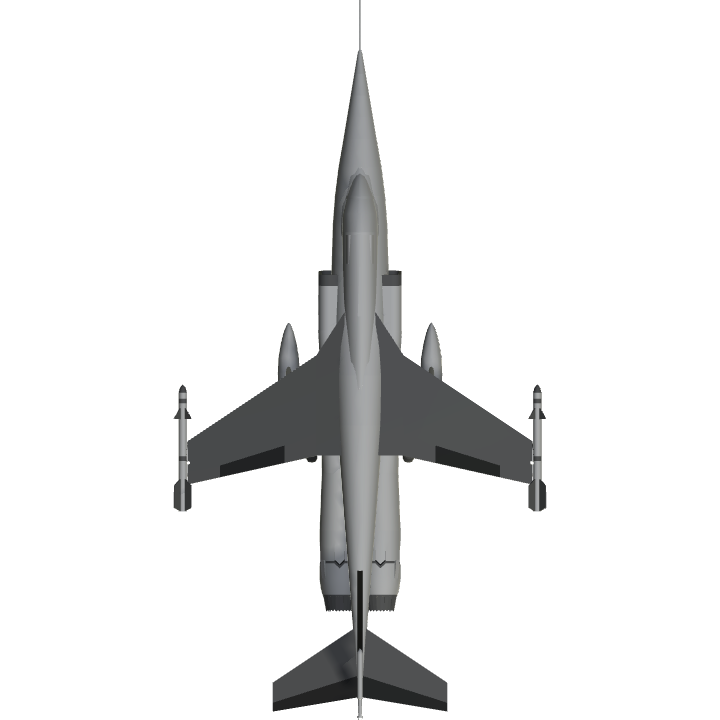 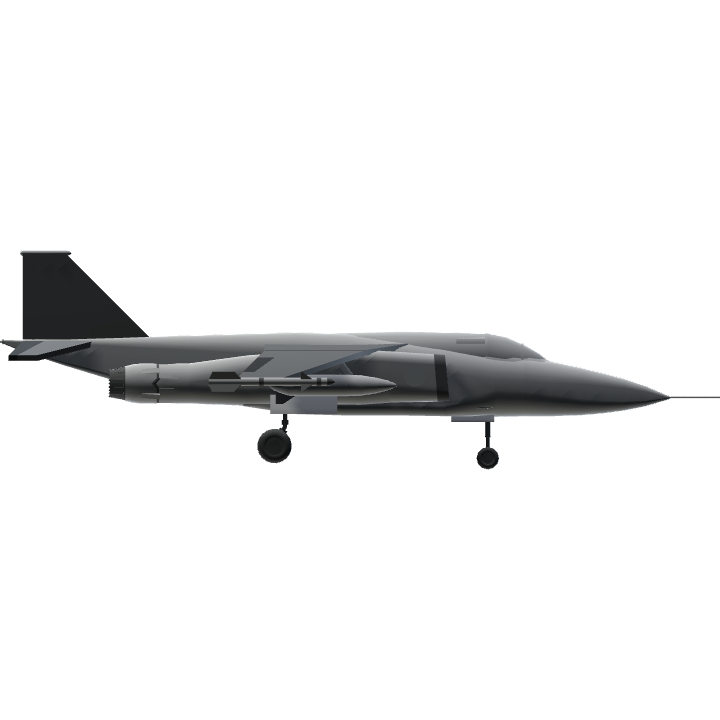 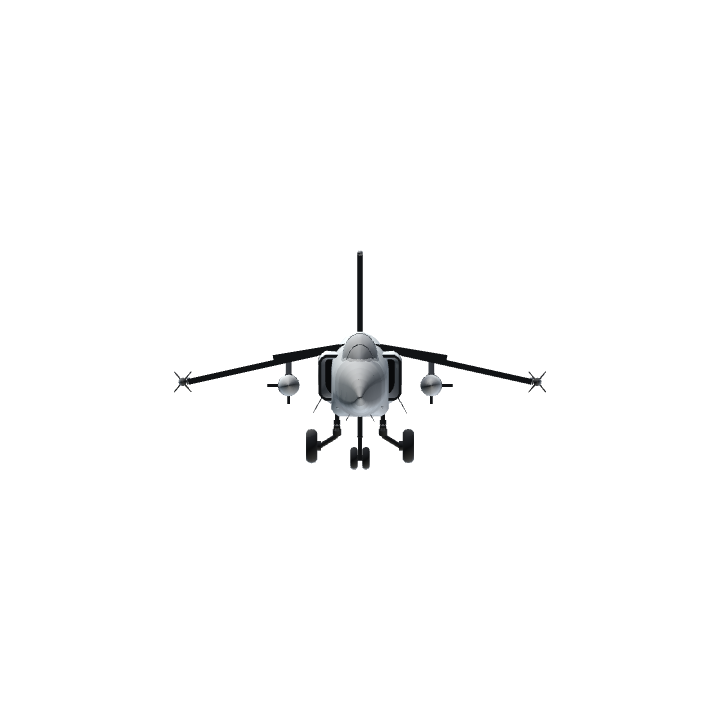