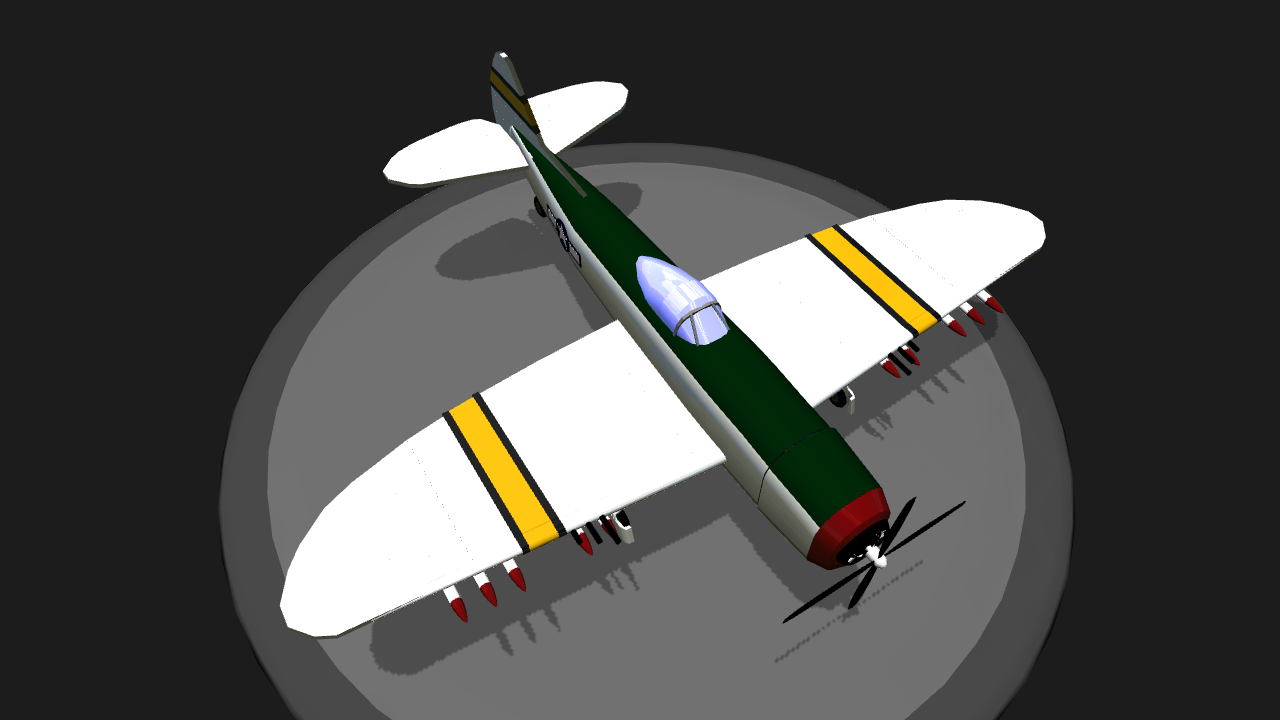 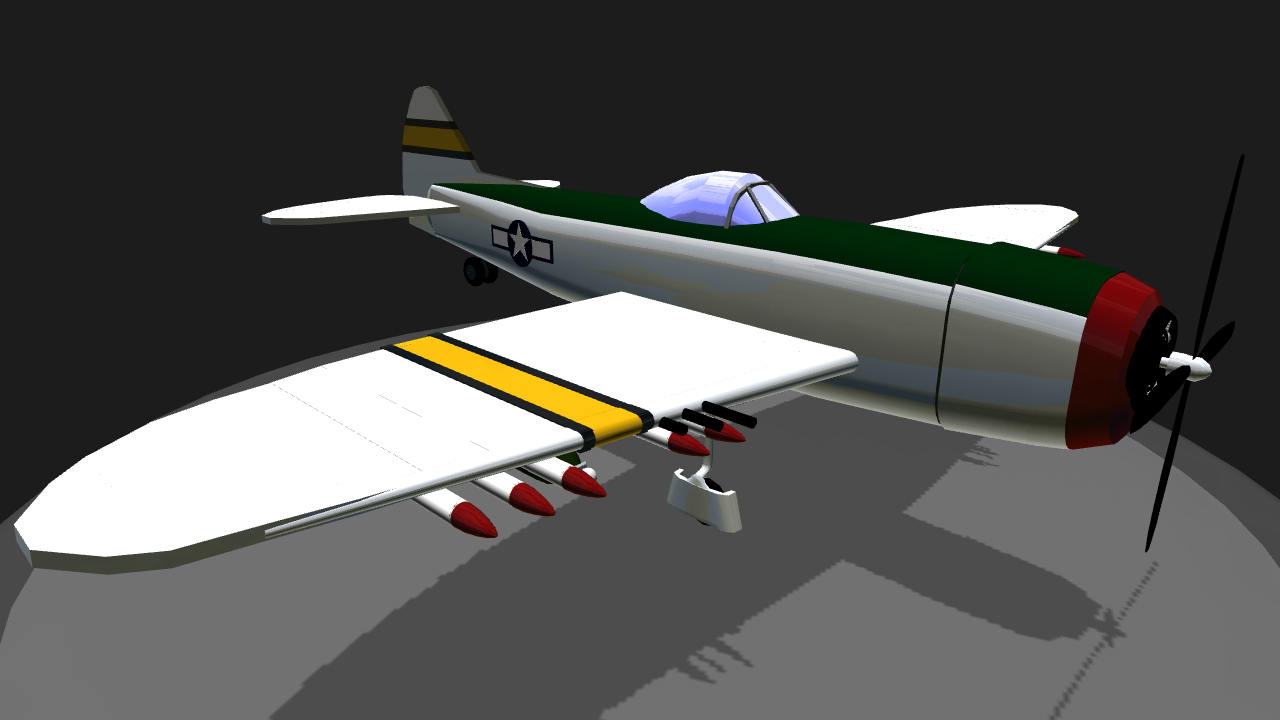 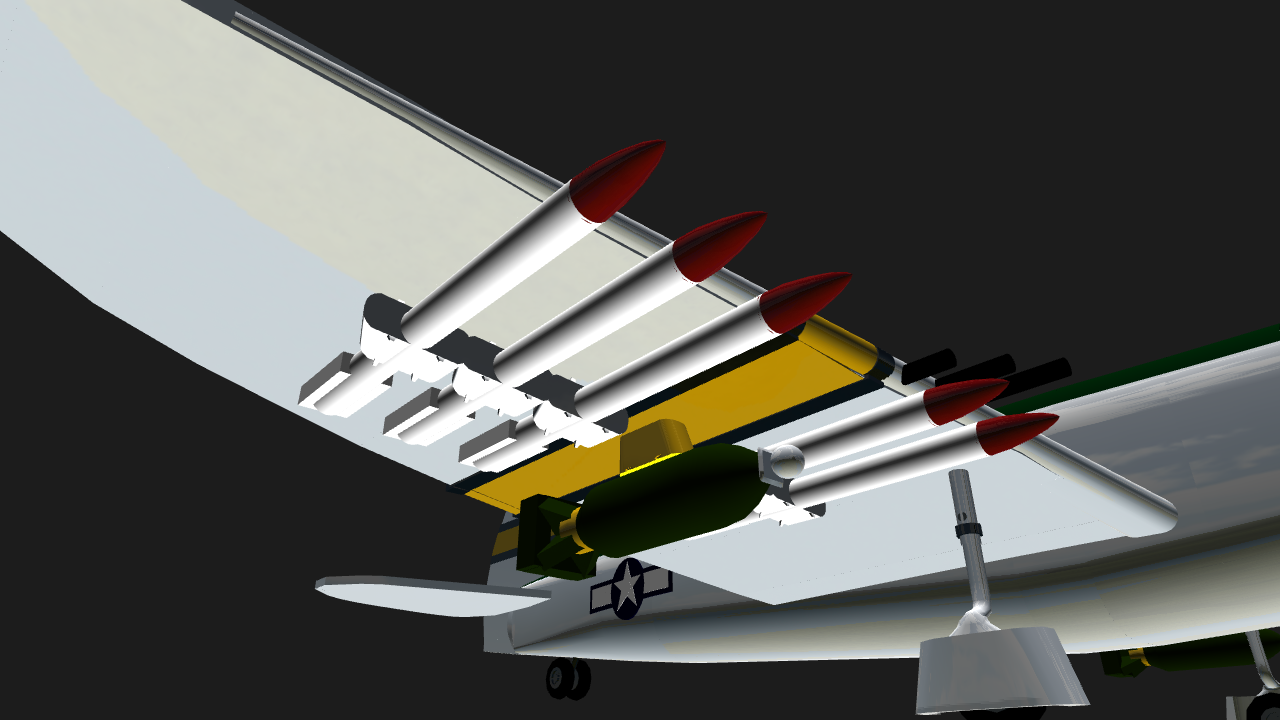 The Republic P-47 Thunderbolt is one of the largest and heaviest fighter aircraft in history to be powered by a single piston engine. It was heavily armed with eight .50-caliber machine guns, four per wing. When fully loaded, the P-47 weighed up to eight tons, and in the fighter-bomber ground-attack roles could carry five-inch rockets or a significant bomb load of 2,500 pounds; it could carry more than half the payload of the B-17 bomber.

The P-47 witnessed several improvements throughout the war, with each improvement adding power, maneuverability and range. As the war progressed, the Thunderbolt, or "Jug," as it was affectionately called, gained a reputation as a reliable and extremely tough airplane, able to take incredible amounts of damage and still return its pilot home safely. They excelled in the ground-attack role, strafing and bombing their way across the battlefields of Europe. Early versions of the P-47 had "razorback" fuselages, but later models (beginning near the middle of the P-47D production run) featured a bubble canopy which gave the pilot increased rearward visibility.

Well she's here! Fully loaded with ten rockets and two bombs, this Jug not only packs a punch, she also has a lot of get up and go! I gave it great handling and maneuverability as well as incredible range. It can fly to the other island and loiter for a long time before needing to return to base. Landing may be tricky because the ground clearance is rather low. So be mindful of your prop and don't let it clip the ground when touching down!!

Enjoy! And keep your recommendations coming! 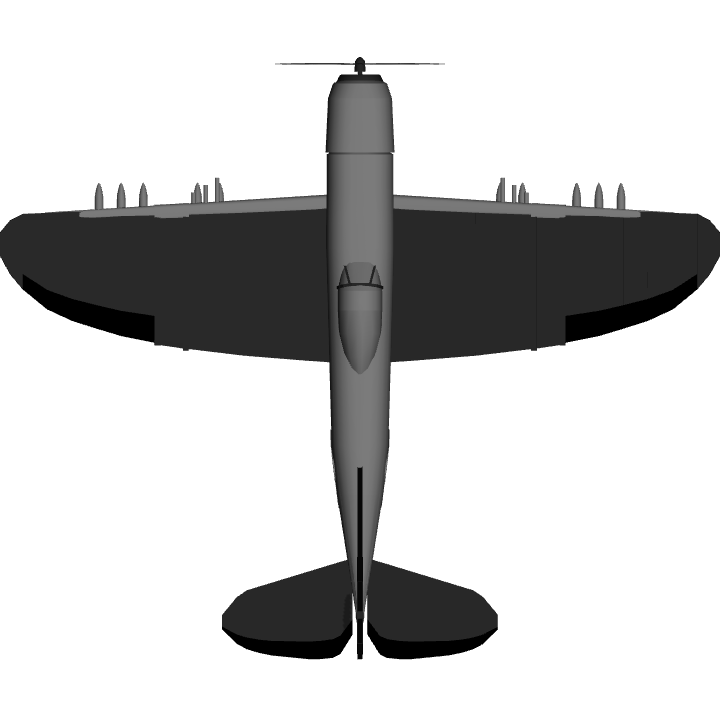 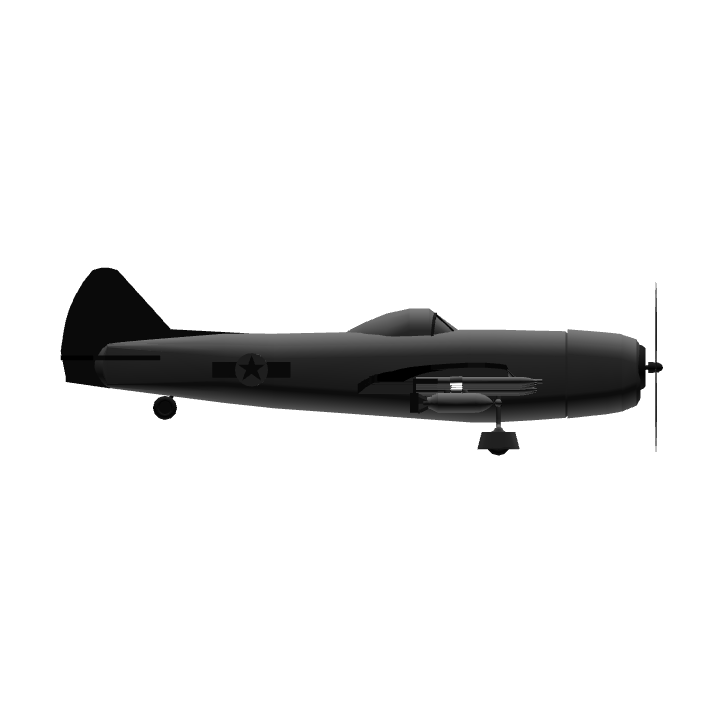 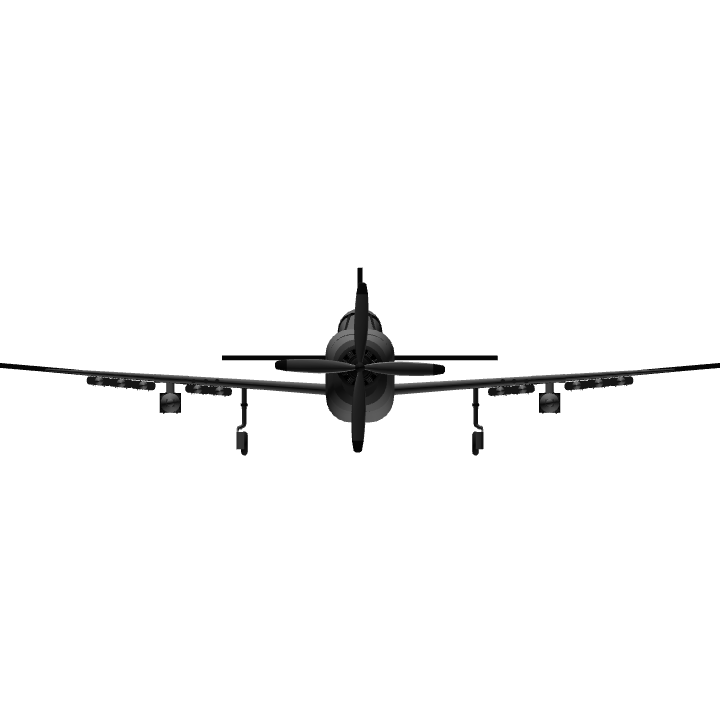