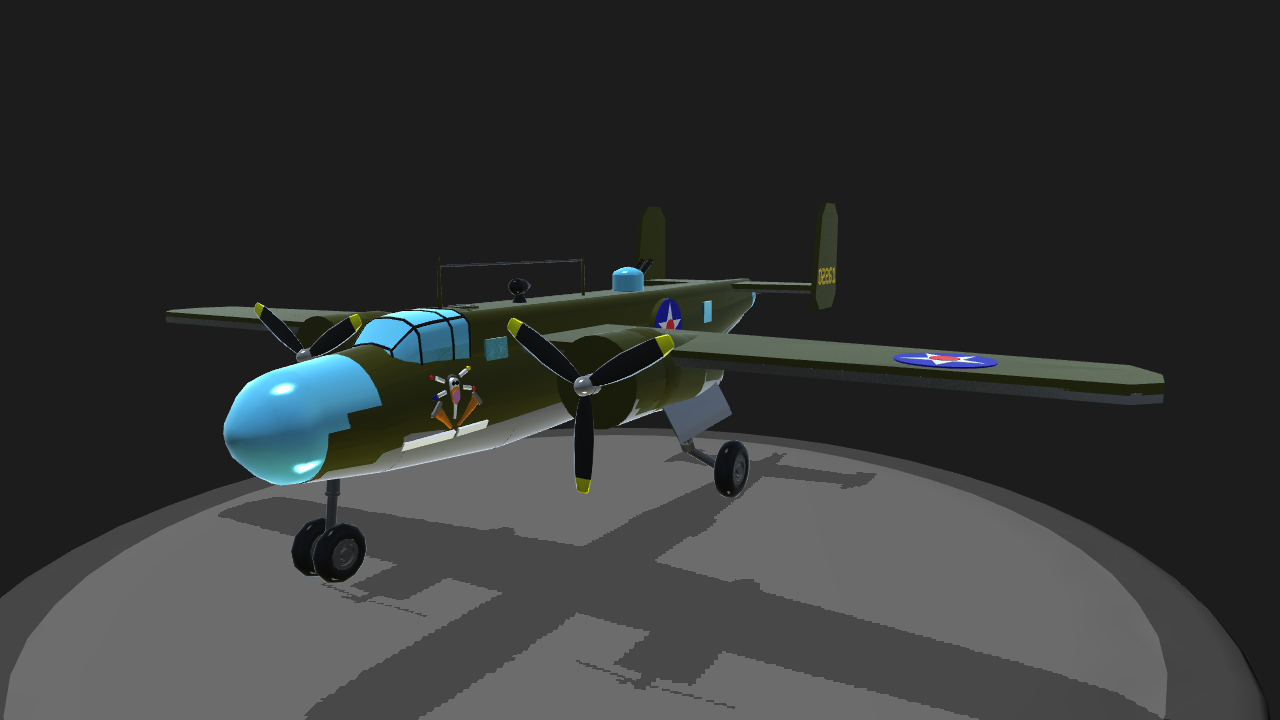 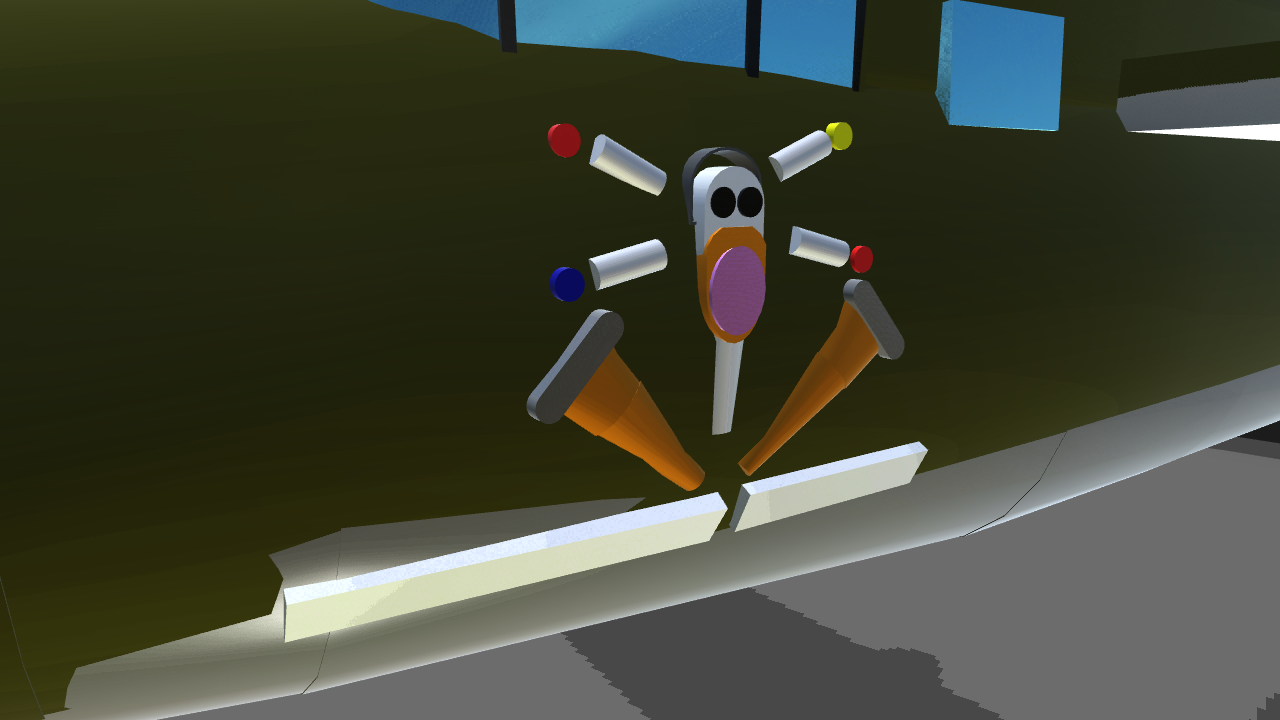 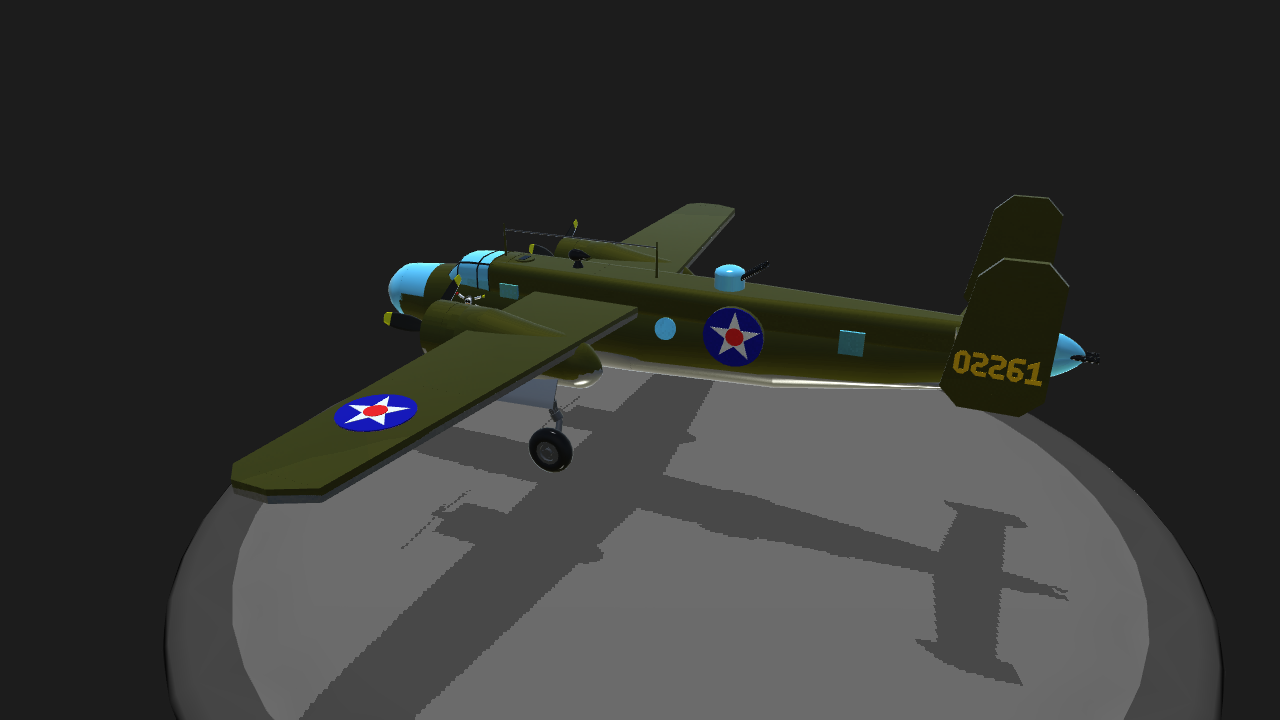 History:
The North American B-25 Mitchell is an American twin-engine, medium bomber manufactured by North American Aviation.
The design was named in honor of Major General William "Billy" Mitchell, a pioneer of U.S. military aviation. Used by many Allied air forces, the B-25 served in every theater of World War II and after the war ended many remained in service, operating across four decades. Produced in numerou us variants, nearly 10,000 Mitchells rolled from NAA factories. These included a few limited models, such as the United States Marine Corps' PBJ-1 patrol bomber and the United States Army Air Forces' F-10 reconnaissance aircraft and AT-24 trainers.

The B-25B first gained fame as the bomber used in the 18 April 1942 Doolittle Raid, in which 16 B-25Bs led by Lieutenant Colonel Jimmy Doolittle attacked mainland Japan, four months after the bombing of Pearl Harbor. The mission gave a much-needed lift in spirits to the Americans, and alarmed the Japanese, who had believed their home islands to be inviolable by enemy forces. Although the amount of actual damage done was relatively minor, it forced the Japanese to divert troops for home defense for the remainder of the war.

I did a LOT of research on this thing, since there's only like two actual photos of it, and the others either don't have the right nose art of they're from the movie. This craft was piloted by 1st. Lt. Ted W. Lawson, and was part of the 95th Bomb Squadron. 15 of the planes crashed in China, and only one made it to Vladivostok, which I don't think was their intended destination.
The nose art was salvaged by the Japanese and put on display in a museum. 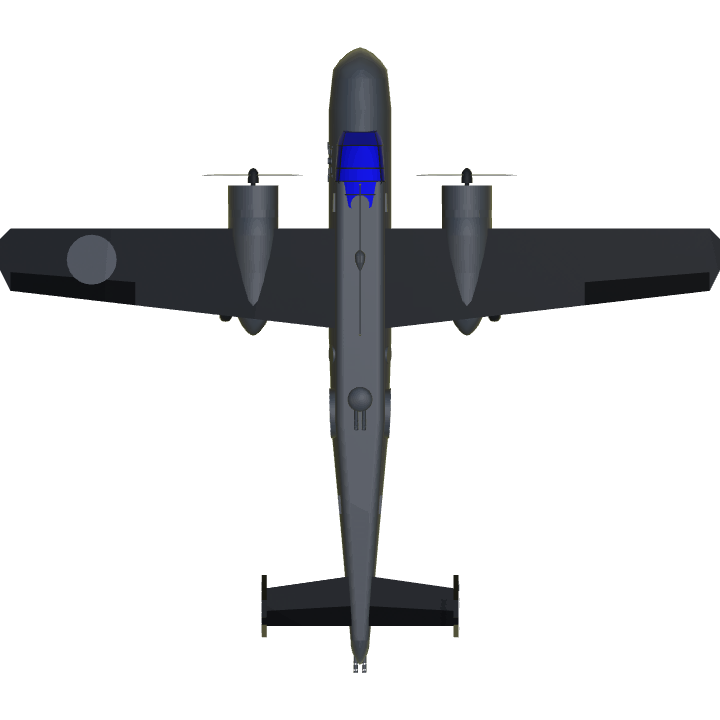 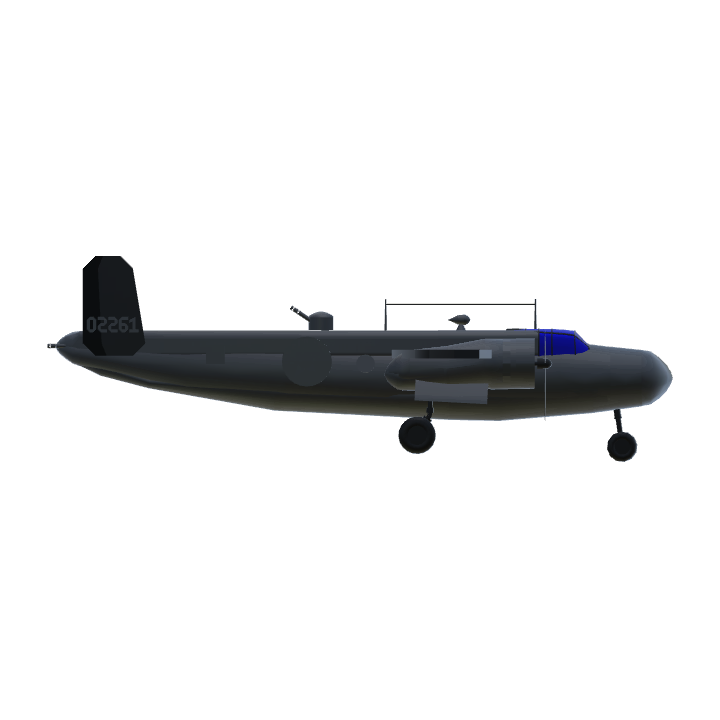 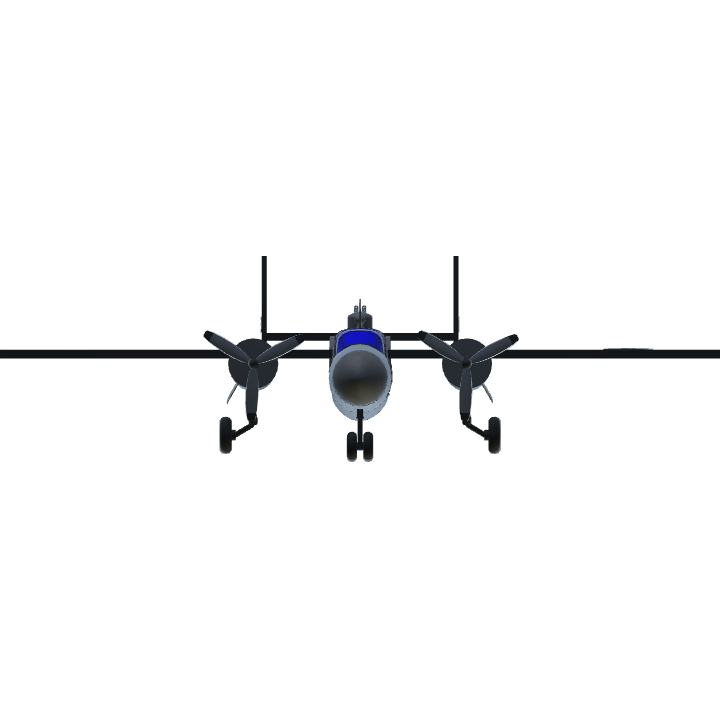